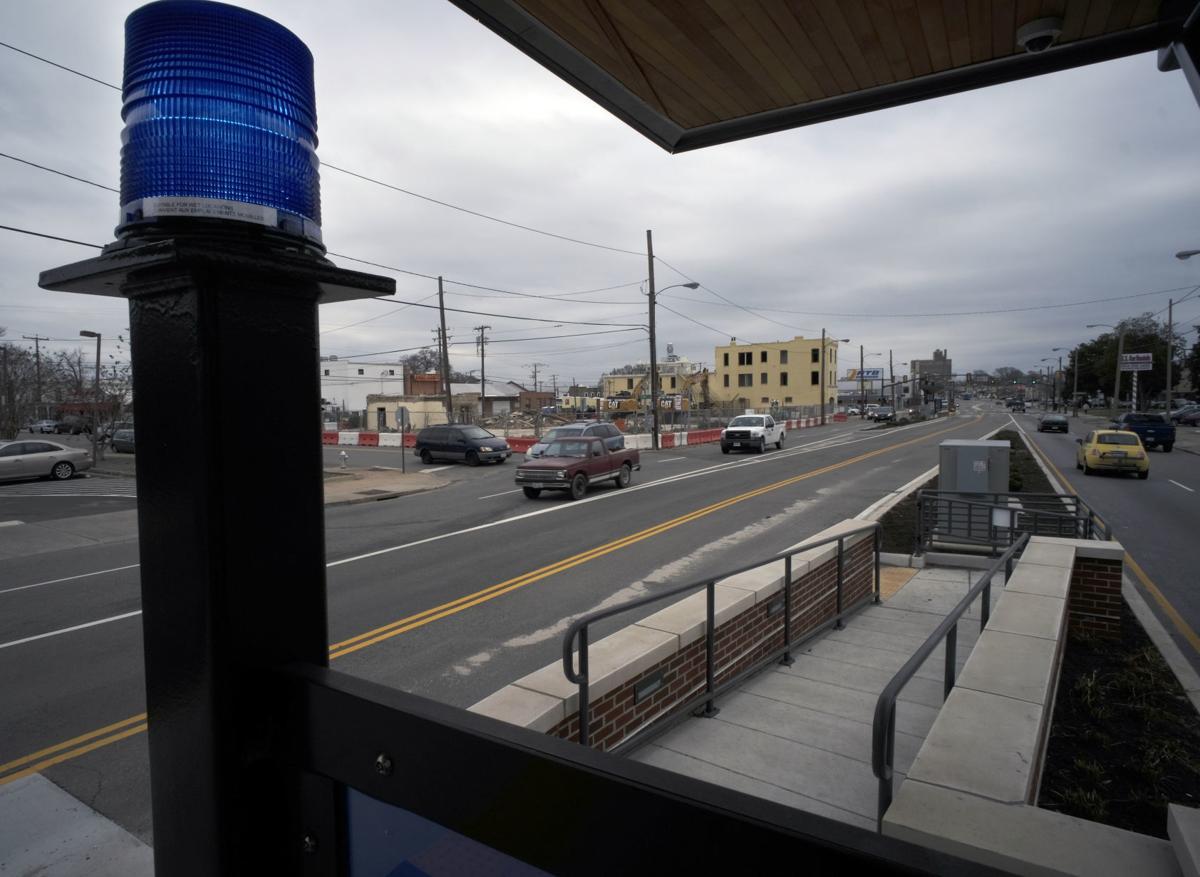 A Pulse line bus stop for the eastbound bus lane in the 3100 block of West Broad Street in Richmond on Wednesday, Feb. 27, 2019. A pedestrian was struck and killed in the same block Tuesday. 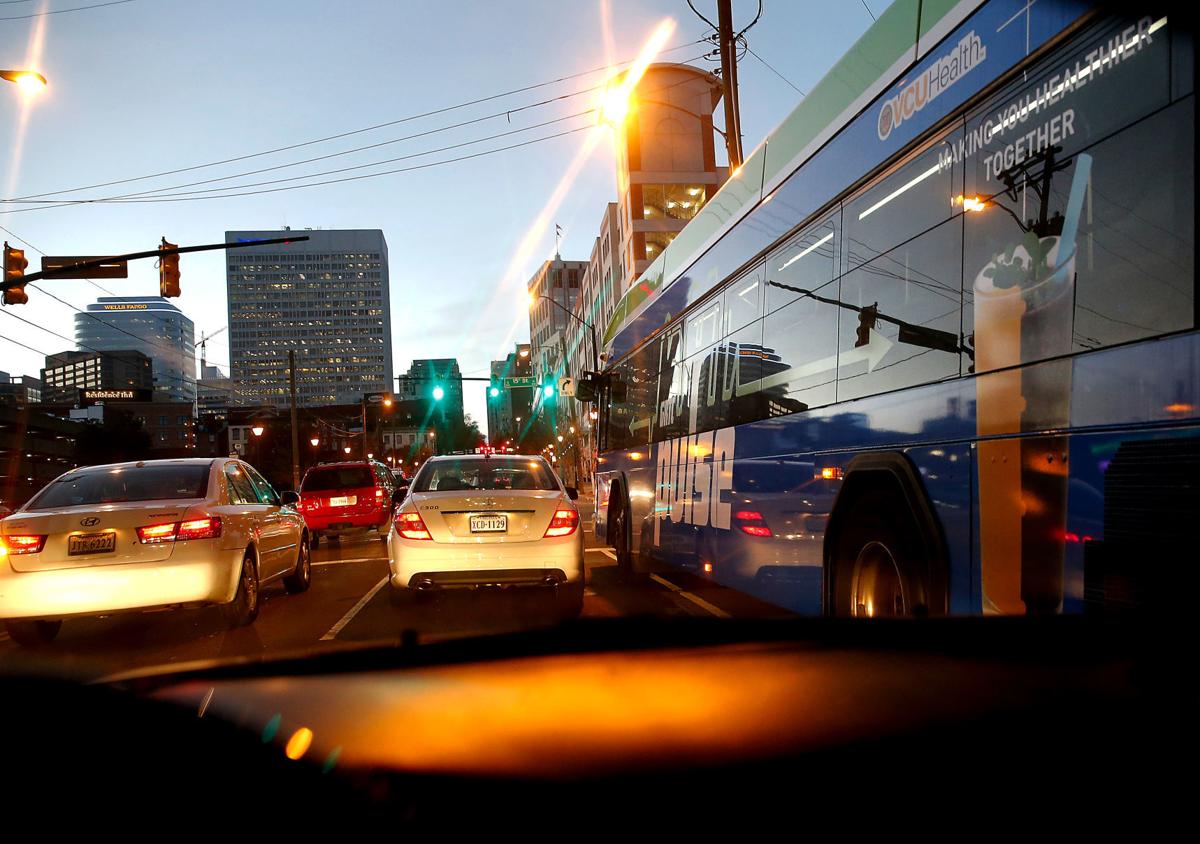 City officials say highlighting the bus lanes in red will improve both pedestrian safety and bus efficiency along a 2.5-mile stretch of Broad Street between Thompson Street downtown and Foushee Street in the Scott’s Addition area.

The city started pursuing funding for the project shortly after a GRTC bus driver fatally struck 32-year-old Alice Woodson at the intersection of West Broad Street and Bowe Street in October 2019. Authorities cleared the bus driver after an investigation.

Woodson was the first person killed by a GRTC bus since 2009, nearly a decade before the opening of the new Pulse bus rapid transit line between Willow Lawn and Rocketts Landing.

At least one other person has been hit by a GRTC vehicle in the bus-only lane. In November 2018, a bus hit a Virginia Commonwealth University student as she was crossing West Broad Street near North Pine Street.

The student, who suffered minor injuries, was in a signal-free pedestrian crosswalk when she was struck. Video of the incident shows vehicle traffic had been stopped at a red light as the bus was approaching the intersection.

City officials said the project will also stop more motorists from blocking the bus lane by making it more distinguishable. The plan is supported by $1.6 million in state funding, with the rest covered by the city’s share of tax revenue from the Central Virginia Transportation Authority.

The council voted to approve the plan Monday. City officials say they expect to complete the project by spring of 2022.

A Pulse line bus stop for the eastbound bus lane in the 3100 block of West Broad Street in Richmond on Wednesday, Feb. 27, 2019. A pedestrian was struck and killed in the same block Tuesday.