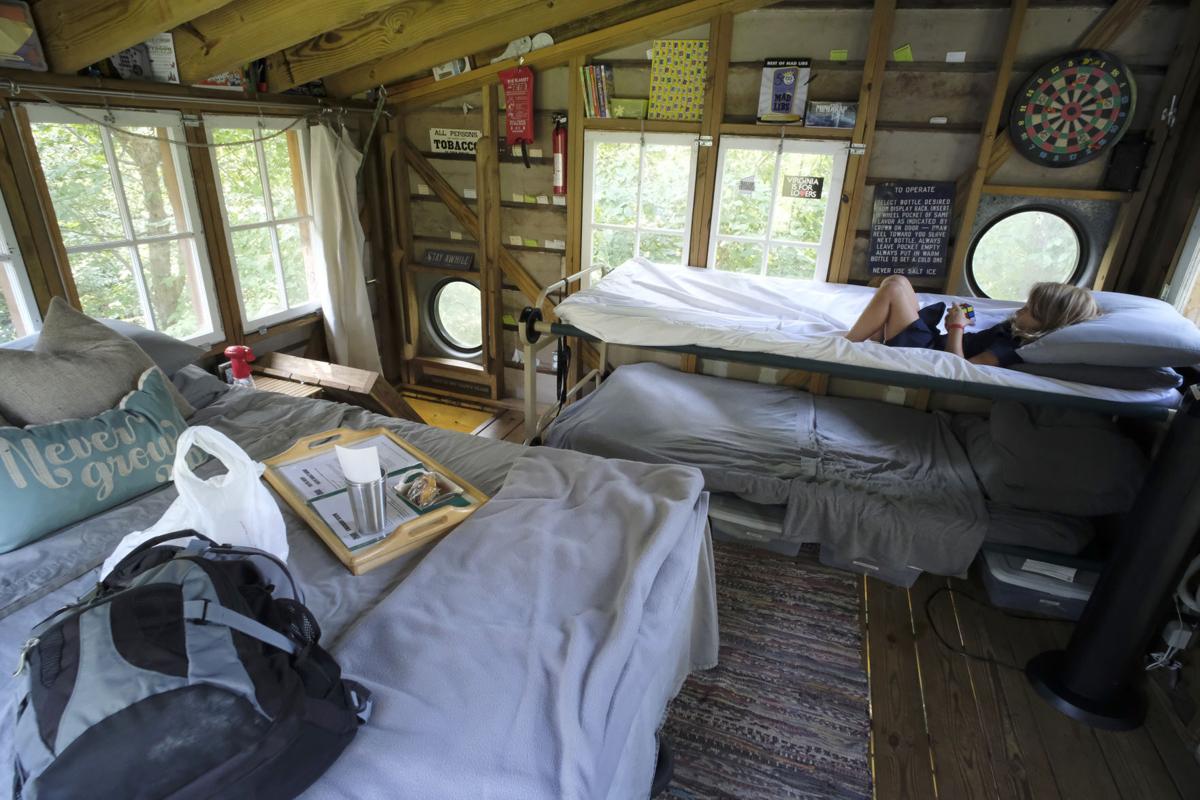 Phoebe Rogers, 6, relaxes on the second floor sleeping area Thursday, Sept. 12, 2019, of Trailside Treehouse, a real treehouse built on the family property on Riverside Drive in Richmond, VA. Her mom, Carrie Rogers, has made this into one of the top AirBNB rental places in Richmond. 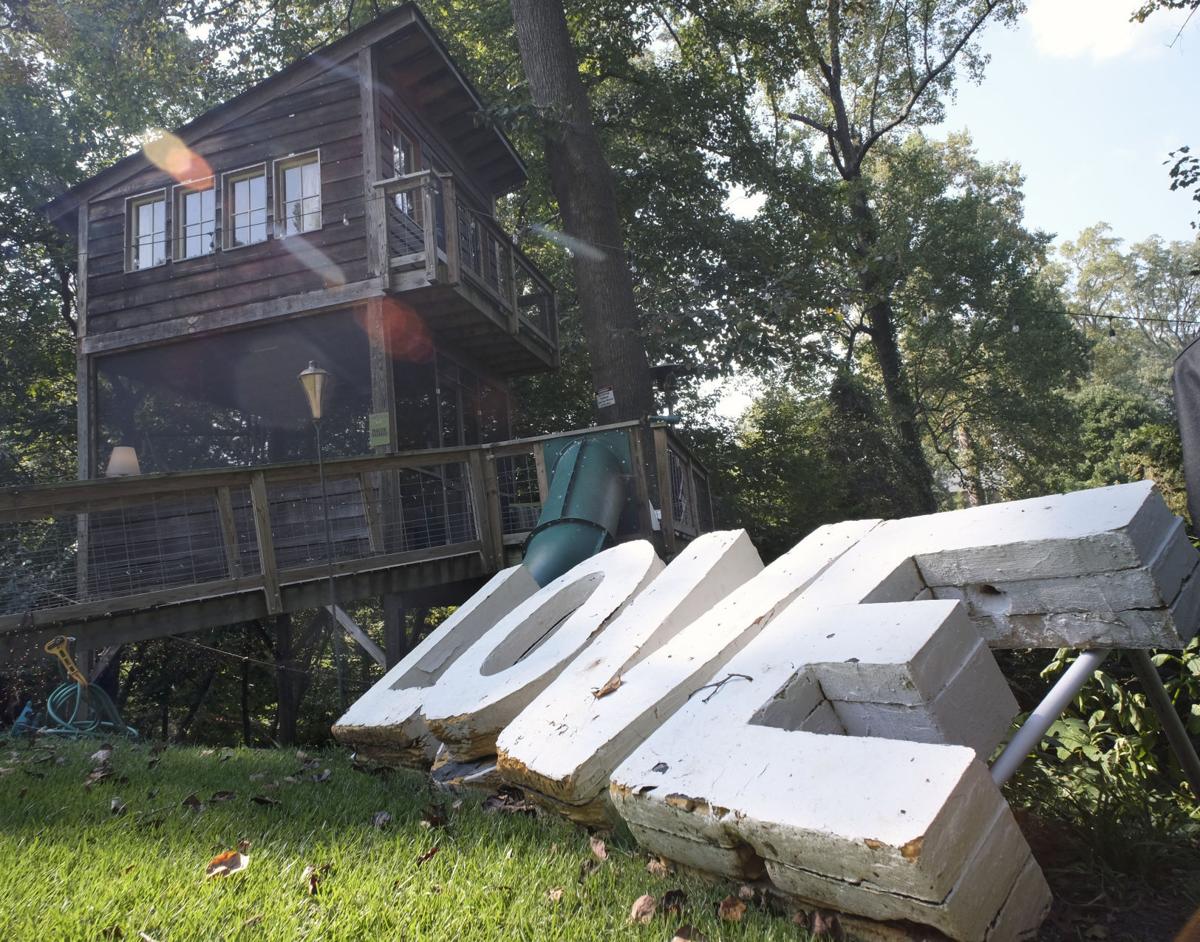 Trailside Treehouse, a real treehouse built on the Rogers family property on Riverside Drive in Richmond, VA. Owner Carrie Rogers has made this into one of the top Airbnb rental places in Richmond. 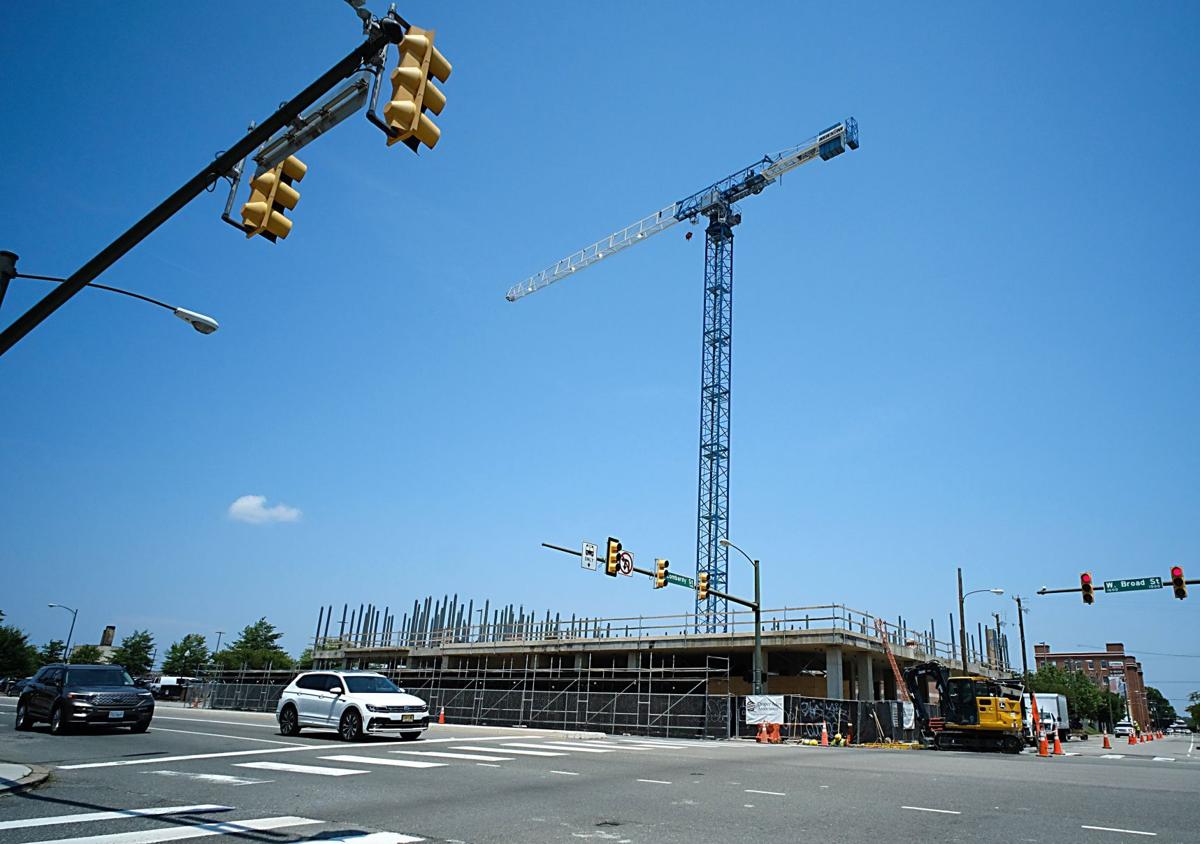 A 12-story building is under construction at the intersection of West Broad and Lombardy Streets in Richmond, VA Wednesday, July 7,. 2021.

Carrie Rogers, the owner of the Trailside Treehouse at 5005 Riverside Drive, thought the city’s issues with her property were resolved when Richmond adopted rules for short-term rentals last year.

As some neighbors have continued to complain about guests on the property, however, the city required Rogers to also obtain a special permit to rent out the treehouse behind her single-family home in the Westover Hills area.

“My husband and I grew up in this neighborhood and are dedicated to contributing in a positive way to it and our city. This process ... has been going on for two years since the city declared that short-term rentals need to be permitted,” Rogers said. The $275-per-night treehouse, she said, is a “unique option that makes our rental a destination for families around the country.”

In addition to the permit, the City Council on Monday signed off on rezoning a swath of parcels around The Diamond baseball stadium and the West Broad Street corridor along much of the Fan District to encourage new development near Virginia Commonwealth University and the Science Museum of Virginia.

The council unanimously approved the changes in a single vote usually reserved for blocs of non-controversial items.

At Monday’s meeting, however, about a dozen people who spoke publicly were divided over the treehouse permit or the West Broad Street corridor rezoning.

Kevin Vonck, acting director of the city’s planning and development review department, said the city reviewed the permit for the treehouse to ensure the health, safety and wellness of guests and neighbors before recommending that the council approve it.

“In looking at this use, based on the size of the parcel, and the way that it is positioned, and in terms of how far away it is from neighbors ... we felt it would not cause a negative impact,” Vonck said. “I believe it was also designed and approved by a registered architect, and so we don’t have any concerns there.”

A few neighbors who live in the area said they have been concerned about the frequency of guests there, some of whom they alleged have encroached on their property.

Robin Smith, who lives near the treehouse, said some guests have urinated in her yard.

“I live next to the treehouse, and I am very negatively impacted by all the goings-on at the treehouse,” Smith said. “There’s excessive noise, trash, traffic — you name it.”

Josh Rogers, Carrie’s husband, conceded that some guests may have wandered onto Smith’s property while walking through trails in the area, but said he’s never known about anyone urinating on it. He said his family includes three young children, and that they’re mindful about their guests’ behavior.

Others, including Councilwoman Reva Trammell, questioned whether the city could allow a rental if it doesn’t have indoor plumbing. The family, however, noted that part of their home’s basement, which includes a bathroom and kitchenette, is included in the rental.

Melanie Skinner, another resident in the area, is opposed to the treehouse permit because of the impact she said it has on her quality of life. She said she also fears that the city allowing secondary units on single-family housing lots could drag down neighboring property values.

“This is a commercial business that has no place in a densely populated city neighborhood,” Skinner said. “Don’t we as taxpaying residents deserve some protections from the city with regard to these types of nuisance structures? A man’s home is his castle.”

Several neighbors and the Westover Hills Neighborhood Association have expressed support for allowing the treehouse rental to continue operating.

“We should not give into this fear from these neighbors that this would ruin or prevent what is already a safe and creative way to keep tourism coming to Richmond,” said Justin Blessing, a resident from the area who says he often runs on a trail that passes the treehouse. “There’s a path to running a short-term rental responsibly and safely. And I think Carrie and Josh Rogers have proven they could do that and be trusted.”

The City Council’s approval of a rezoning plan for the West Broad Street corridor comes months after the city’s planning department withdrew a similar plan late last year due to neighborhood opposition to it.

Unlike the previous plan, which would have applied the same zoning for the city’s downtown business district to some lots along West Broad Street, permitting buildings to rise 20 stories, city planners proposed scaling down in new plans they introduced earlier this year.

The rezoning proposals concentrated in parcels north of Broad Street from North Harrison Street to DMV Drive would allow up to 12-story buildings. Zoning plans along the southern half of Broad Street would generally allow for a mix of buildings of up to four and five stories.

Still, some members of the Historic West Grace Street Association took issue with smaller aspects of the plan that govern how far buildings must be set back from lot boundaries.

At Monday’s council meeting, only two spoke about the zoning scheme.

Sebastian Shetty, policy coordinator for the Partnership for Smarter Growth, a Richmond-based advocacy group interested in development through the region, said the organization supports high-density development, but said the city’s plans prevent it from negotiating with developers to provide more affordable housing or other concessions.

While some neighbors in the area have said they are concerned about the city allowing high-rise buildings in the area and more density, Brian Bills, who lives in the Fan, said he supports more larger developments around there.

“The best thing we could do with it is to build a whole lot more housing,” Bills said. “I think Broad Street is exactly where the city should be encouraging new apartment buildings at that type of scale.”

101-year-old lobsterwoman has no plans to stop

101-year-old lobsterwoman has no plans to stop

Williams: In Richmond, there's no racial majority to rule. What does that mean for the city's future?

The historical disinvestment in African American communities has made this Richmond moment possible, Hayter says. The economic incentives to move into the city have finally eclipsed white fear of urban Richmond. But more must be done to encourage longtime residents to stay.

Phoebe Rogers, 6, relaxes on the second floor sleeping area Thursday, Sept. 12, 2019, of Trailside Treehouse, a real treehouse built on the family property on Riverside Drive in Richmond, VA. Her mom, Carrie Rogers, has made this into one of the top AirBNB rental places in Richmond.

Trailside Treehouse, a real treehouse built on the Rogers family property on Riverside Drive in Richmond, VA. Owner Carrie Rogers has made this into one of the top Airbnb rental places in Richmond.

A 12-story building is under construction at the intersection of West Broad and Lombardy Streets in Richmond, VA Wednesday, July 7,. 2021.