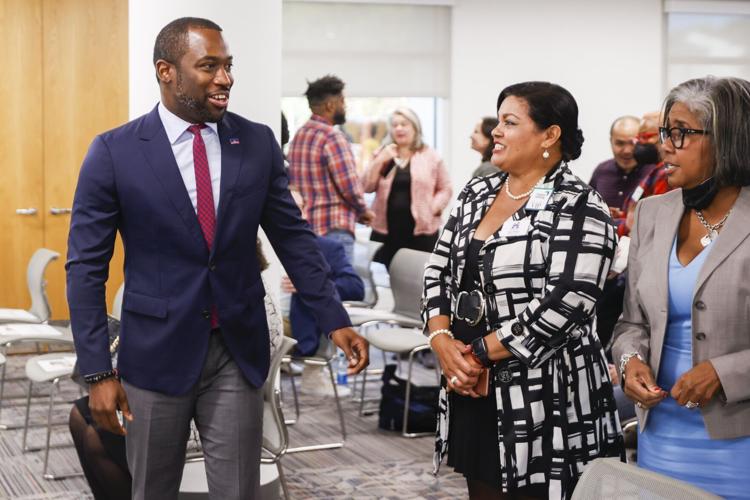 Mayor Levar Stoney chats with attendees during a press conference to announce the launch of a new initiative to expand homeownership opportunities for Black, Hispanic, and other underserved individuals and families on Friday, October 14, 2022 at Virginia Housing Development Authority in Richmond, Virginia. 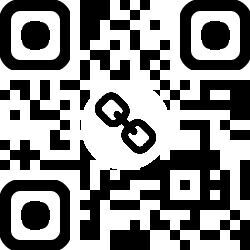 MORE ONLINE: See hundreds of comics, puzzles and more on our website. Access is included in your print subscription. Just aim your smartphone camera at this code and tap the link that pops up on the screen.

Three dueling proposals for Richmond’s real estate tax rate came before the City Council’s Finance Committee, and three made it out without any recommendation for the full council to act.

All three, including two that would reduce the rate, would have increased tax bills for many Richmond homes next year after this year’s average 13% increase in real estate tax assessments. The amount people pay in taxes is based on the rate and the assessed value.

Finance Committee Chair Michael Jones said it would be wrong to recommend any of the three without knowing how any would affect the city’s ability to pay for services. So it will be up to the full council to decide between keeping the rate at $1.20 per $100 of assessed value, or cutting the rate to $1.16 or $1.10.

If that same home had appreciated as much in value as the citywide average 13%, it has been paying an annual tax of $3,451.

“Right now, the administration can’t tell me what would be cut and what the impact would be,” said Jones, complaining that a presentation detailing Mayor Levar Stoney’s proposal to keep the rate at $1.20 came too late to give the committee time to study it.

The mayor will also propose a one-time tax rebate equivalent to 4 cents per $100 of value to give taxpayers some relief, said Chief Administrative Officer Lincoln Saunders.

But it would be a bad idea to cut the rate now, he added.

With a recession looming, that could put the city at risk of cutting services or raising the tax rate as real estate values tumbled — exactly what happened to several Virginia cities after the Great Recession of 2009, he said. 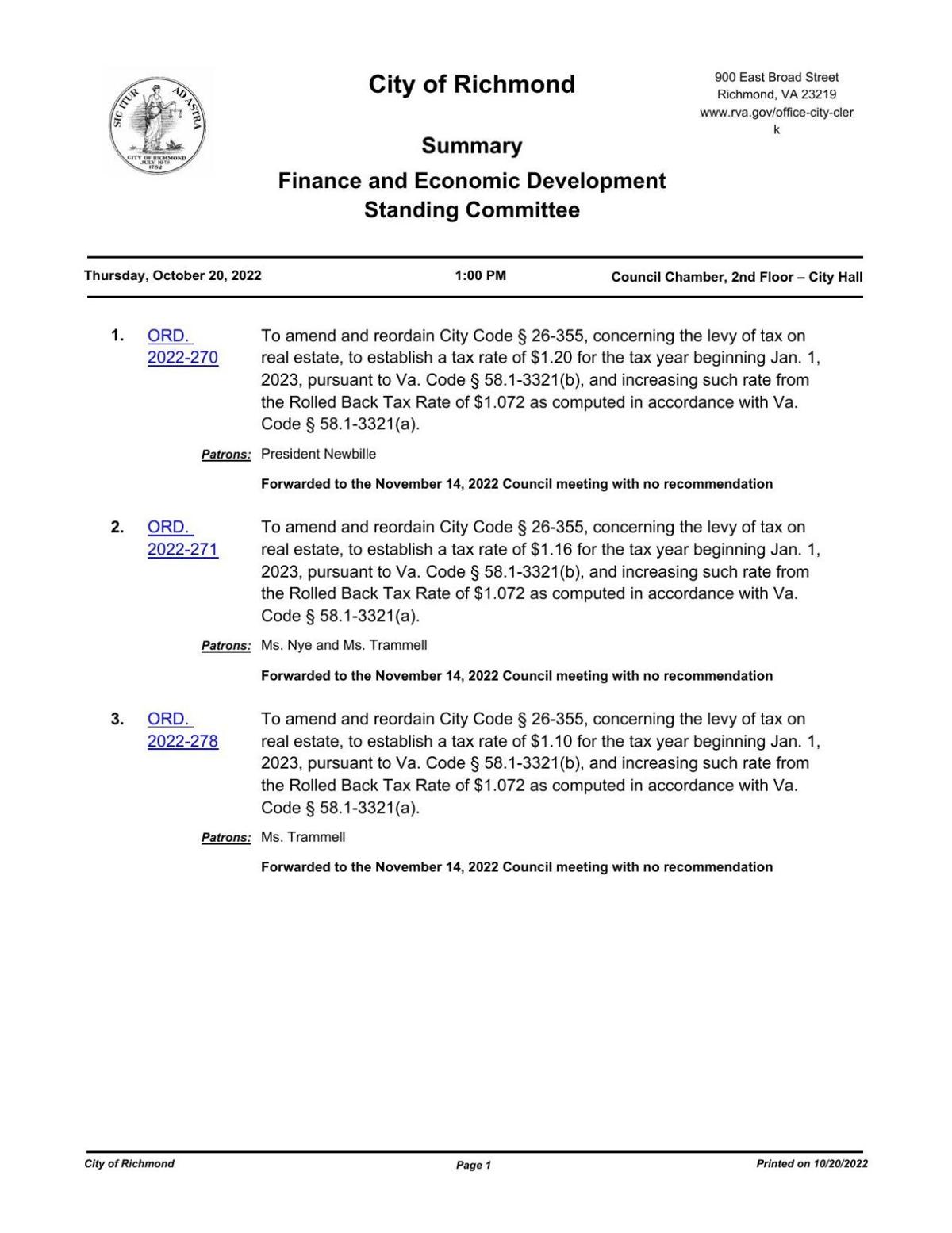 This year’s sudden upsurge in inflation, and the city’s hopes to bring its out-of-sync budget-writing and tax-assessment cycles in line, meant the impact of a rate cut now was all the more uncertain, he said.

Councilwoman Kristen Nye, meanwhile, proposed cutting the rate by 4 cents, to $1.16 per $100 value, noting that the current budget was based on a spring forecast that this year’s reassessment of real estate would show a more modest 9.25% increase.

Jones said he had suggested a $1.16 rate when the council considered the current budget this spring and that the budget would have been balanced at that rate.

“But I know if there are cuts, my district is one of the ones that sees the worst of them,” he said.

Councilwoman Reva Trammell proposed a sharper rate cut to $1.10, noting that it was still 3 cents more than the $1.07 rate that would keep city revenue flat next year.

This year’s assessment jump is the latest in a series that have sent many residents’ tax bills soaring.

Janice Carter-Lovejoy told the committee that her real estate taxes have increased 65% since buying her home in 2017.

“People want to stay in the city and embrace the city’s improvements,” she said. “Don’t push us out.”

Deborah Fisk said most of her neighbors have had assessments rise 22% in the latest round.

“We are hurting terribly with the assessment and the rates. You put undue pain in families that are really hurting,” she said.

"I think that speaks a lot for the city of Richmond being a very marketable, very livable for a lot of people, especially those coming from the outside," City Assessor Richie McKeithen said.

Bouncer gets 8 years for killing patron, 19, outside Prince George hotel

A Petersburg nightclub bouncer will serve eight years in prison for killing a 19-year-old female patron, who was inadvertently shot last year …

Richmond police discovered a man was shot and killed Wednesday afternoon, after responding to reports of a shooting in the Fairfield neighborhood.

Richmond reported 566 thefts during the first nine months of this year, surpassing the 559 reported for all of 2021. Thefts in Henrico rose from 504 to 683.

Shock waves from the Great Recession are still echoing through Richmond’s city finances, with a deferred maintenance bill now at some $191 mil…

The rebate would amount to 5 cents for every $100 of a property’s assessed value, and would come out of the surplus left at the June 30 end of fiscal year 2022.

Mayor Levar Stoney chats with attendees during a press conference to announce the launch of a new initiative to expand homeownership opportunities for Black, Hispanic, and other underserved individuals and families on Friday, October 14, 2022 at Virginia Housing Development Authority in Richmond, Virginia.

MORE ONLINE: See hundreds of comics, puzzles and more on our website. Access is included in your print subscription. Just aim your smartphone camera at this code and tap the link that pops up on the screen.