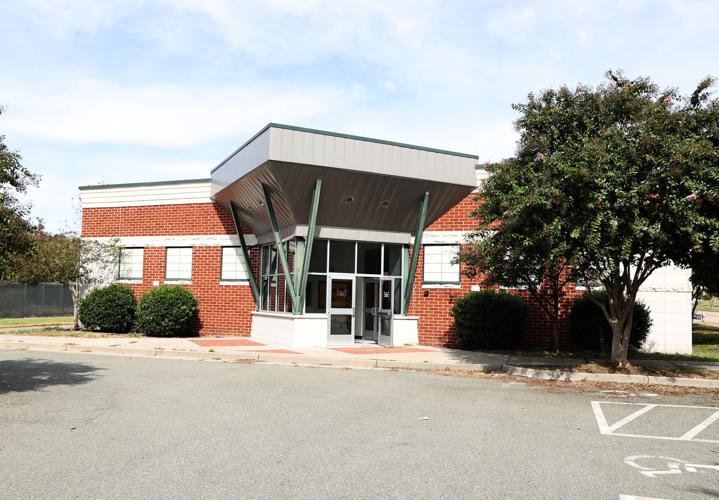 In recent years, the Giles Center served as an overflow shelter for Richmond’s homeless residents. 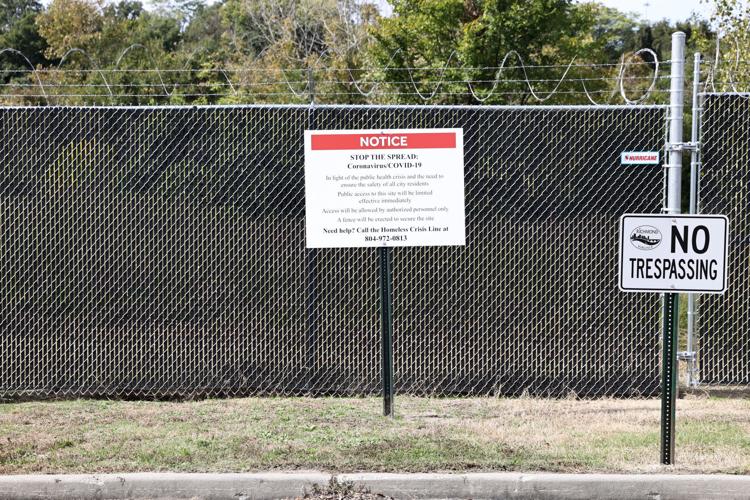 A field next to the Annie Giles Center at 1400 Oliver Way became a homeless encampment during this past summer. When the coronavirus pandemic hit, city crews removed tents and their inhabitants from the site.

Where Richmond will offer emergency shelter to its most vulnerable residents this winter is not yet finalized, but it won’t be at the Annie Giles Center in Shockoe Valley.

Historically, the city’s cold weather overflow shelter has been a last resort for people experiencing homelessness on bitterly cold nights between October and April. Last year, 607 people spent at least one night there, according to figures provided by the city’s Department of Social Services.

Instead of opening the Giles Center this winter, the city is “working with our providers to expand emergency shelter units in a number of locations throughout the city,” said Sharon Ebert, Richmond’s deputy chief administrative officer for economic and community development.

Ebert cited a combination of factors that led to the decision, including the threat presented by COVID-19 in a cramped, indoor setting, as well as a strategic plan to end homelessness that the City Council approved earlier this year.

That plan recommended eliminating the shelter and creating 250 new emergency beds available all year by working with faith-based groups and the Greater Richmond Continuum of Care, a network of providers that aid people experiencing homelessness.

How many emergency beds will be available this winter and where they will be is still under discussion, said Kelly King Horne, executive director of Homeward, the lead agency for the network. Up to 150 beds have been available in years past, though the average nightly head count was typically below that.

This year, the region tallied its first increase in homelessness in a decade, according to a federally mandated census taken in January. It found 549 people were homeless in the region. The pandemic stoked fears that figure would climb, with widespread job losses and housing insecurity.

King Horne said that so far, the combination of state and federal eviction protections and other supports have stemmed any rise in homelessness.

Since March, the nonprofits have coordinated hotel stays for more than 700 families with nowhere else to go. That initiative, which hinges on federal funds, will continue until next June and supplement emergency shelter beds this winter, she said.

The Giles Center, located at 1400 Oliver Hill Way, became a flashpoint earlier this year, when a homeless encampment sprung up on its doorstep. It sheltered dozens and was made up of more than 100 tents at its height.

The tents offered more privacy and comfort than the shelter, occupants of what became known as Camp Cathy said at the time. Volunteers from Blessing Warriors RVA, a street ministry group, distributed food and water there daily and fostered a sense of community among the residents.

Those living there demanded city leaders open the Giles Center permanently, or provide an alternative place they could stay. When the pandemic set in, city work crews cleared the encampment, and outreach workers moved about 80 people from the camp into hotels.

The situation spotlighted an often-forgotten population and the shortcomings of the city-sponsored shelter. City officials and homeless service providers have said it was ill-suited to meet the needs of the population it served.

Even so, some worry closing the shelter with freezing temperatures on the horizon and a replacement still in the works will put lives at risk.

Maurice Gattis, an associate professor with the Virginia Commonwealth University School of Social Work, said city leaders should reopen the Giles Center this winter rather than make changes at this juncture.

“People not having a place to sleep when it’s under 40 degrees in increasing economic uncertainty, in the middle of a pandemic — if that’s not an emergency, then what is?” said Gattis, whose body of work includes research on youth homelessness.

A city ordinance authorizing the shelter’s location expired in April. A contract the city had with Commonwealth Catholic Charities to operate the shelter ended this year, too.

Councilwoman Kimberly Gray proposed a measure to reopen the Giles Center. It would also change the city requirements for when the shelter opened its doors to include inclement weather and extreme heat, not just sub-40-degree temperatures.

Earlier this month, a council committee recommended deferring that paper until December amid reassurances from Mayor Levar Stoney’s administration that a separate plan for emergency shelter would be ready soon.

King Horne said details about the new emergency shelter will be finalized before the end of the month. The region’s homeless crisis line will also extend its hours so someone is available to field calls outside of normal business hours, and on the weekends, she said.

The city will rely on street outreach and information posted at public libraries, bus stops, food pantries and other locations to get the word out about the changes.

In recent years, the Giles Center served as an overflow shelter for Richmond’s homeless residents.

A field next to the Annie Giles Center at 1400 Oliver Way became a homeless encampment during this past summer. When the coronavirus pandemic hit, city crews removed tents and their inhabitants from the site.