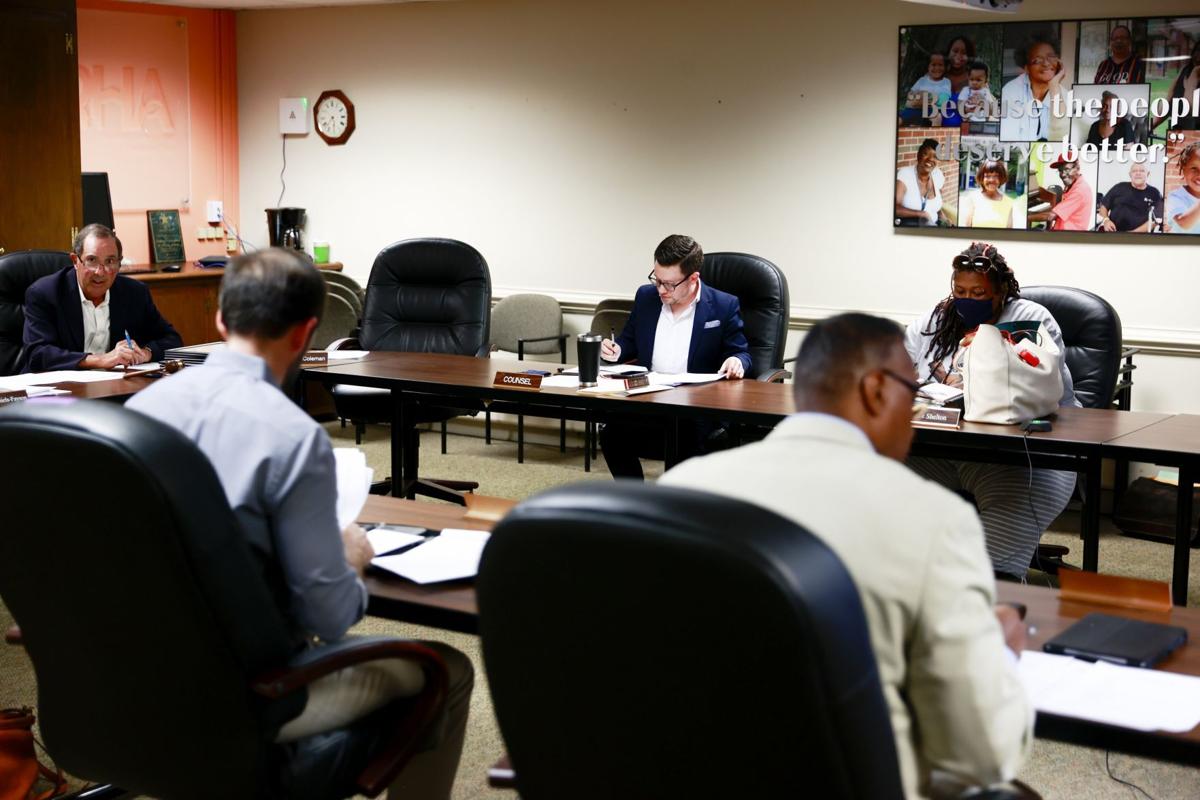 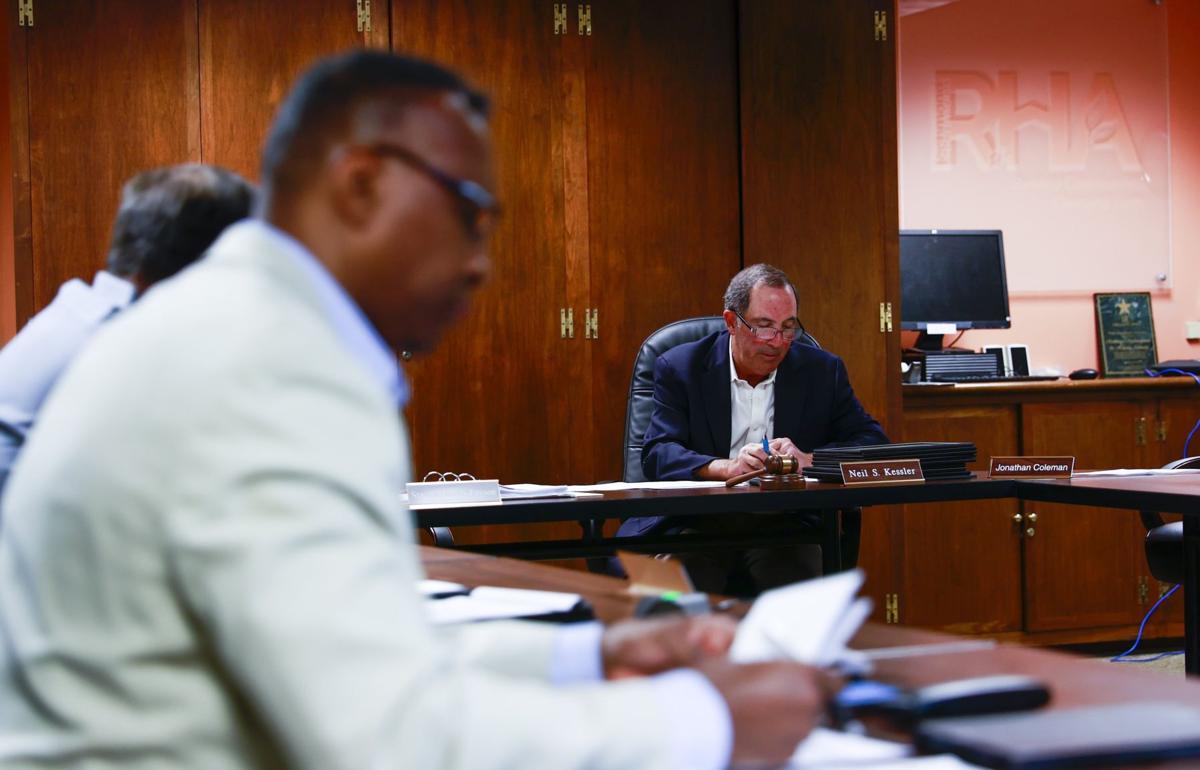 In September, members of the Richmond Redevelopment and Housing Authority’s Board of Commissioners expressed outrage over a recording of an incident that led police to bar three men from public housing.

Overriding advice from the agency’s legal counsel and public safety director, a plurality of the board last month ordered its staff to take the men’s names off of RRHA’s no-trespassing list. Some members said what transpired was an “abuse” of the controversial policy that advocates have criticized even after the board revised it earlier this year.

On Tuesday night, commissioners emerged from a two-hour closed session and voted to rescind their own order from September after learning that the staff it oversees had not complied with the order.

What exactly brought about the reversal was unclear, though the board’s newly elected chairperson, Basil Gooden, cited a “plethora of additional information” in an interview. Other commissioners on the prevailing side Tuesday raised questions about the legality of the original order and its potential ramifications.

“We received additional information in closed session and reevaluated things,” said Gooden, who changed his position Tuesday but stopped short of specifying what information led to that change of heart. “In my opinion, the situation is not said and done. We’re also going to look at the policy and practice that led to this situation. It’s far from being the final verdict.”

The vote capped a meeting where Gooden was elected to a two-year term in a split vote. He promised he would work to unify the board and staff. By the end of the night, his vice chairperson, Barrett Hardiman, was one of two members voting to uphold the original order. Hardiman said he was disappointed in the outcome, but echoed Gooden in saying the board would revisit the policy in the coming months.

“I think we need to discuss it more as a board and get on the same page,” Hardiman said. He added later: “At this point, we need to look forward and focus on the policy issues here and not the individual cases.”

RRHA announced changes to its long-standing no-trespassing policy in August, admitting at the time that the crime-prevention tool had grown “unmanageable and ineffective.” Some 10,000 names were added to the list since the late 1990s, and those directly affected by the policy say it led the Richmond Police Department to stop and search them on sight, no matter what they were doing.

Prior to the changes, 3 out of 4 people on the list were Black men, according to the most recent version released by RRHA. The Richmond Police Department, which enforces the policy, has an updated version, with about 250 names. The department refused to release the list in response to a Freedom of Information Act request.

Video of a June incident from Whitcomb Court showed Richmond police officer Mark Sims arguing with a man who said he was at the East End complex to bring diapers for his children who live there. During a heated back-and-forth, Sims referenced guns stored in a parked car. The man acknowledged the guns belong to him and said he has a right to have them.

Two minutes into the recording, Sims told the man he was barred from the property for “obstruction” after the man did not follow his commands to stand in a particular area. The man, along with two others with him at the time, was banned from returning to RRHA’s property for three years. If they are found on the property before then, they could face arrest, fines and jail time for trespassing.

None of the barred men was identified during the board’s discussion of the incident last month or Tuesday. Angela Fountain, a spokesperson for the housing authority, said they remain on the list.

A person who is banned can seek to remove themselves from the list through an administrative review process. After three years, names are automatically removed under the recent changes to the policy.

Brian Swann, RRHA’s director of public safety, was present at the time of the June incident and summoned police to the scene to intervene. He defended the decision to bar the men last month, saying the board did not have a full view of the incident from the video clip. On Tuesday, he lobbied the board again during closed session.

Fountain, the spokesperson, said the staff would not comment on what was shared in closed session.

Bill Johnson, a commissioner who supported both the original order and upholding it Tuesday, expressed frustration at the outcome and the message he felt it sent to the staff that the board is supposed to have authority over.

“We voted for them to be taken off the list. Why wasn’t it done?” Johnson said. “How do you rescind your own order? It was feckless, really.”

That the board was set to take up the matter at all Tuesday was not explicit on the agenda, which listed an item titled “motion to rescind September 23 motion” but nothing more specific.

The final vote came at about 10 p.m., after press time for Wednesday’s edition of the Richmond Times-Dispatch. No members of the public were present except a Times-Dispatch reporter.

Williams: Is a Petersburg casino worth a roll of the dice?

More than $2 million has been poured into Richmond's casino debate. On Tuesday, the voters decide

Richmond voters will decide next week whether to permit a casino in the city.

The 66th District in the House of Delegates, anchored in Chesterfield County, profiles as the bluest seat held by a Republican, making it a ke…