A month after a massive fire, Tappahannock presses on 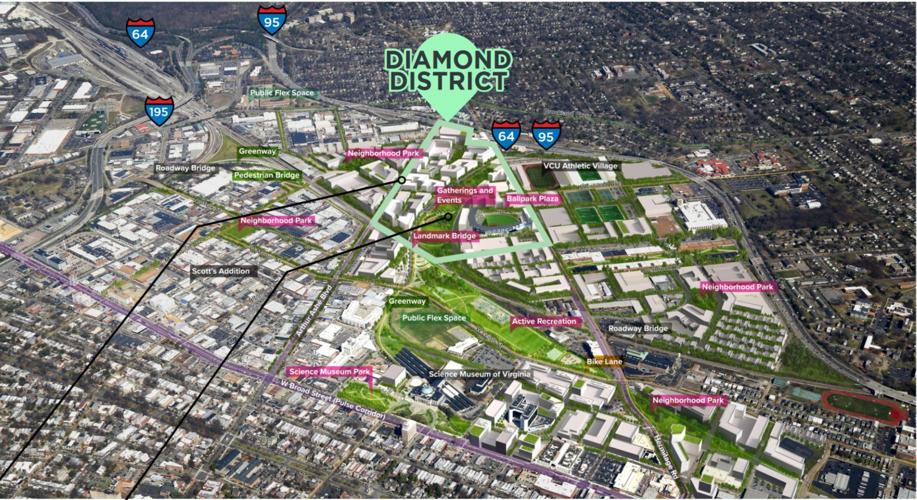 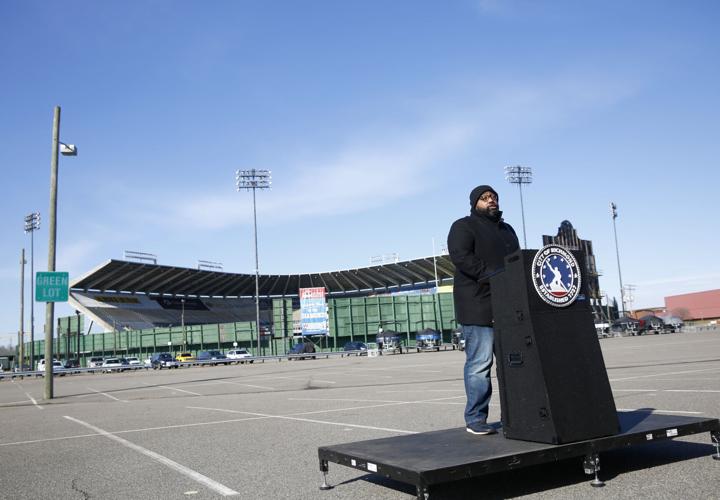 Leonard Sledge, Richmond’s director of economic development, answered questions from prospective developers for The Diamond and the nearly 70 acres of property it sits on at an information session in Richmond on Jan. 19. 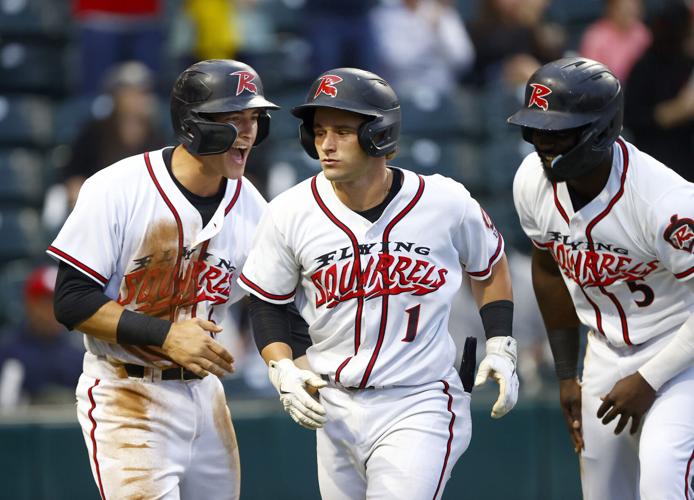 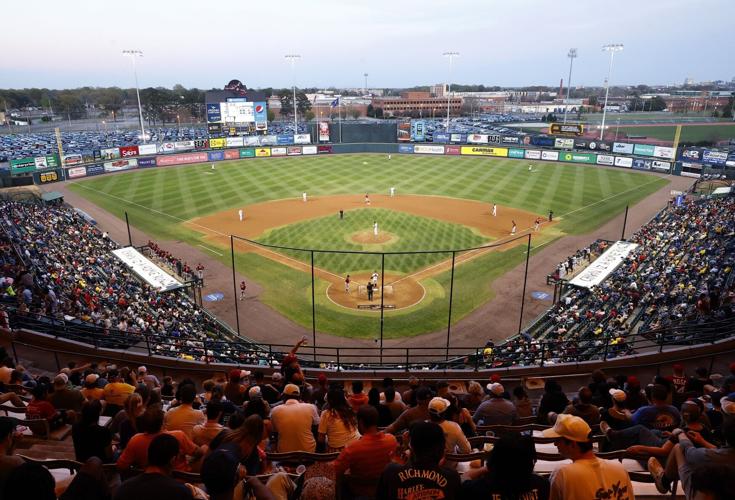 The Flying Squirrels’ home opener on April 12 was once again a sellout. After two years of crowds limited by the COVID pandemic, fans are once again flocking to to see the Squirrels play. On the fourth of July a sellout crowd of 9,810 was in attendance.

The city of Richmond announced Friday that it is now considering just two development teams to replace The Diamond and build a new neighborhood around it.

According to a news release from the city, a panel of city officials has narrowed the field to RVA Diamond Partners and Richmond Community Development Partners, meaning that the Vision300 team that includes the Hourigan Group, Canterbury Enterprises, Timmons Group and Boston-based Freehold Capital Management is no longer being considered.

A new 10-page FAQ released by the city on Friday says officials expect to officially select a preferred development team “by the end of the summer.”

“Panel members have been in communications with finalists to test financial assumptions to fully understand the stadium and infrastructure financing,” according to the document. “These discussions enable the Evaluation Panel to recommend the best development team with the best financial proposal to fulfill the city’s vision for the Diamond District.”

The city has set its sights on redeveloping the area around The Diamond in hopes of capitalizing on recent economic growth in the nearby Scott’s Addition neighborhood and replacing the stadium so that the city’s Double-A Flying Squirrels baseball team can stay in Richmond.

After the city rezoned the area around the stadium last summer, the city earlier this year started soliciting developers to submit development proposals for the nearly 70 acres of public land where The Diamond is located.

City officials have said they envision new development at the site including mixed-use buildings and apartment complexes, retail shopping, restaurants and possibly a signature high-rise hotel or office. 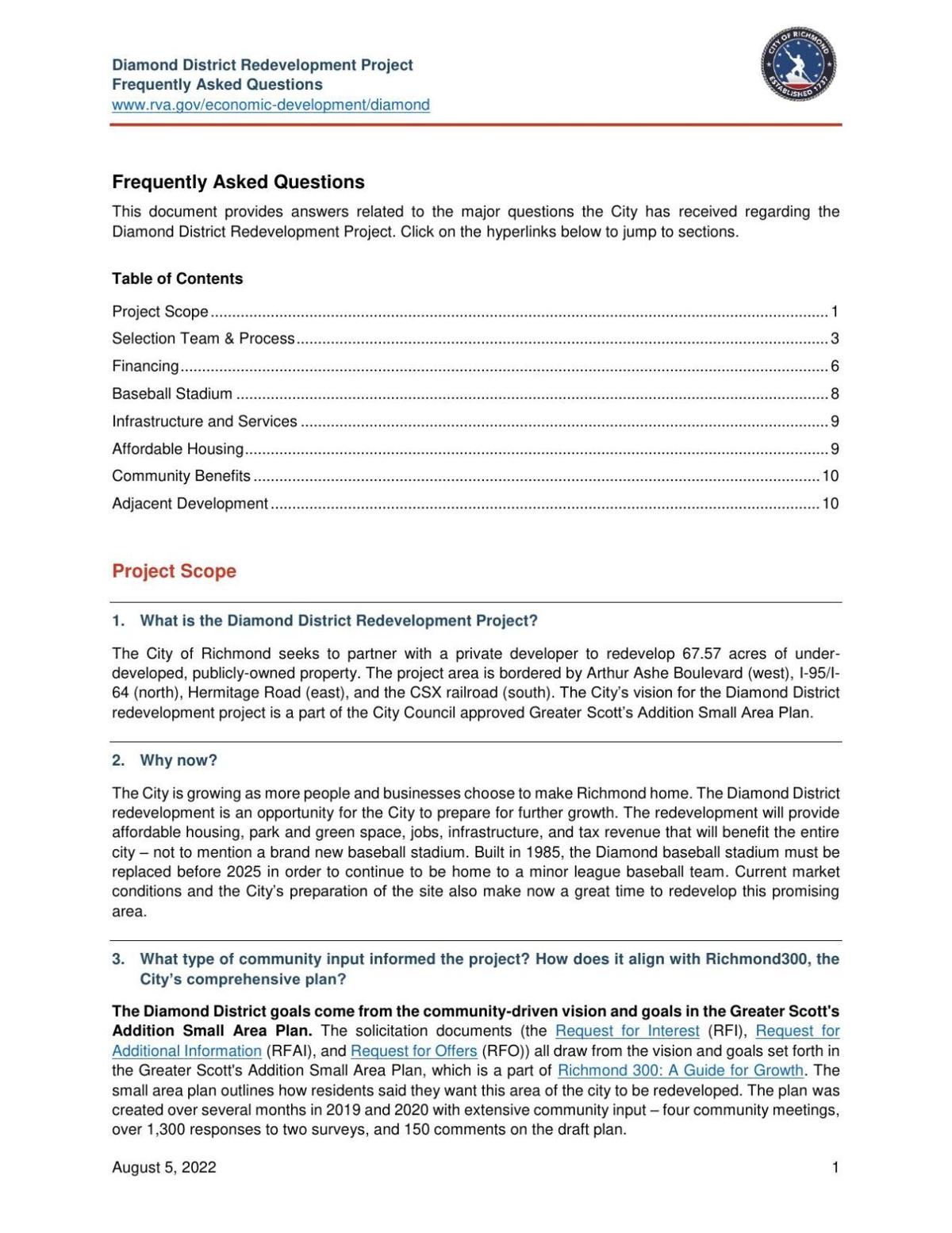 The two remaining development teams have not revealed detailed plans yet, but officials and representatives have described some aspects of the project.

Affiliates of RVA Diamond Partners — which includes Thalhimer Realty Partners, Washington-based Republic Properties Corp. and Loop Capital of Chicago — have said their project will feature an 11-acre crescent park that winds through the development side and has a direct connection with the new ballpark.

The project faces a short timeline, as the management of the Flying Squirrels says a new stadium is needed by 2025 in order to meet new facility standards established by Major League Baseball. Otherwise, the team could leave. City officials say renovation of The Diamond, which opened in 1985, is not feasible.

A city-commissioned study says a new stadium could cost at least $80 million. Richmond officials have said they are seeking to minimize public financing for the development.

In order for the project to happen, the City Council must approve the sale of the property as well as the terms and conditions of the partnership. Seven of its nine members must vote for it to proceed.

After the Monuments: The latest episode (TCMS)

The Times-Dispatch has obtained body camera footage of the October incident.

Richmond police are investigating a death after responding to a shooting Tuesday in the Forest Hill area.

Dylan Johnson, 22, of Richmond, was pronounced dead at the scene.

A Richmond prosecutor on Wednesday told a judge during a hearing for two Guatemalan immigrants charged in connection with an alleged July 4 mass shooting plot that he had no evidence that it was to planned for Dogwood Dell, as the city's police chief and mayor noted during a July 6 press conference.

Read the statement from Richmond police

"We wanted to have this appreciation day as people come back to the office," the governor said. "It's something to see how happy people are when they see the people they work with and know."

Leonard Sledge, Richmond’s director of economic development, answered questions from prospective developers for The Diamond and the nearly 70 acres of property it sits on at an information session in Richmond on Jan. 19.

The Flying Squirrels’ home opener on April 12 was once again a sellout. After two years of crowds limited by the COVID pandemic, fans are once again flocking to to see the Squirrels play. On the fourth of July a sellout crowd of 9,810 was in attendance.