Spikes in local personal property taxes due to the continued high values of used cars, trucks and motorcycles are prompting localities to give back some of that unanticipated revenue.

A shortage of new vehicle inventory that started during the pandemic continues to impact the used vehicle market. Buyers who can’t find new vehicles seek used ones, causing used car and truck values — and sales prices — to soar.

That means vehicle owners are paying more in local personal property taxes, which are based on the market value of their vehicles as of Jan. 1. For example, the current personal property tax rates in Henrico, Hanover and Chesterfield counties for vehicles are $3.50, $3.57 and $3.60, respectively, per $100 of assessed value. In Richmond, it’s $3.70.

“We are living through unusual economic conditions,” said Jenefer Hughes, Chesterfield County’s commissioner of the revenue, in a post Wednesday on the county website. “Inflation is up and prices for goods and services are increasing, which had a direct impact on your real estate and vehicle taxes.”

Those higher taxes translate into millions for localities — some of which are using that windfall to help ease the burden on their residents’ wallets.

Hanover County, for example, which has an annual Feb. 5 due date for personal property taxes, expects an additional $4.5 million above what’s budgeted for FY2022. Henrico County will see roughly $20.4 million.

Officials in Richmond didn’t respond to the Richmond Times-Dispatch request for information.

Homeowners expect to see increases in their real estate taxes, according to Hughes’ statement, but they expect vehicles to depreciate in value.

John Kazlo, a 40-year Chesterfield resident, joked that his latest bill for his 2014 and 1994 vehicles “went up significantly enough to set my hair on fire.”

Deborah Anderson, a nurse who lives in Chesterfield, said that on top of higher real estate taxes — to the tune of more than $400 — she also owes an additional $649 for her 2015 Toyota RAV4 and 2014 Toyota Tacoma pickup truck.

House Bill 1239, introduced by Del. Phil Scott, R-Spotsylvania, is the first time the state has allowed localities to reduce rates below the established personal property rates for those classifications. The law took effect immediately upon the governor’s signature to apply in the current tax year and remain in force until Jan. 1, 2025, when it will expire.

Scott’s bill took effect with the governor’s signature in late March — one week before Chesterfield’s supervisors voted to approve the county’s 2022-23 budget. Making a change to tax rates that late in the process would have been challenging, said Haley, the vice chair.

By law, localities have to hold public meetings and public hearings before voting on any changes to tax rates. It would have delayed their budget approval process significantly, so instead, Haley said, they sought to offer relief elsewhere.

Chesterfield officials cut in half the vehicle registration fees — from $40 to $20, she said. They also increased the threshold for vehicle values that are exempt from all taxes.

Until now, drivers with vehicles worth $1,000 or less were exempt from paying any personal property taxes. The board upped that threshold to $1,500, which eliminated taxes on roughly 17,000 vehicles in the county, said Board Chairman Christopher Winslow.

But the largest change came from increasing the amount of exempted value under Virginia’s car tax relief program. That program, from 2005, provides relief on the first $20,000 of a vehicle’s taxable value. Each year, localities are allocated part of a state car tax relief fund worth $950 million a year as a means of letting them pass along the savings to citizens.

Chesterfield receives $41 million — a set amount annually — which it must use to offer relief to all eligible vehicles.

This year, the allocation would have covered about 40%, County Administrator Joe Casey said, so the county provided local car tax relief on top of the state share.

Where the county used to offer 46% relief, it now offers 55%, which reduced the amount of personal property taxes Chesterfield collects by about $23 million. That change, plus the cut in registration fees — an additional $7 million — means the county is saving taxpayers about $30 million, Haley said.

“We ... gave it all back,” said Haley, referring to the money Chesterfield would have made from higher taxes. Using those methods versus changing tax rates meant “we could do it very quickly and without going through public hearings.”

Kazlo, the Chesterfield resident who lives in the Dale District, isn’t convinced the county has done everything it could to help. He questioned a few of the board’s financial decisions, including budgeting $4 million for artificial turf fields, as well as purchasing the Upper Magnolia Green property for $20 million in 2020 to eventually transform into a technology village.

“I’ll be damned if I want to play on another artificial turf field,” Kazlo said. The tax increases were “a gut punch.”

‘The board is going to respond to this’

In neighboring Henrico, county leaders announced Friday that they’re planning to give the county’s $20.4 million personal property surplus back to taxpayers in the form of credits that equate to 52 cents — meaning their personal property tax rates for 2022 will effectively drop to $2.98.

Unlike Chesterfield and Hanover, Henrico residents pay personal property tax bills twice annually: on June 6 and Dec. 5. The credits will be reflected in the bills they pay in December. Those who have already paid their bills in full for the year will get a refund for the credit amount.

“There is absolutely no intent to overtax anyone in Henrico,” said County Manager John Vithoulkas.

Henrico Supervisor Chair Patricia O’Bannon said she and her fellow board members received lots of calls about the first bills due next month.

“We understand,” said O’Bannon, referring to the angst felt by constituents. “The board is going to respond to this.”

Richmond city officials on Monday will introduce legislation to push the June 5 due date for personal property tax bills to Aug. 5.

PHOTOS: Outdoor concerts in Richmond this spring and summer

23 Va. school districts have taken books off shelves in past two years

The Times-Dispatch sent public records requests to each of the state's 132 public school systems seeking information on books that had been removed or placed under review in the last two school years.

After-school activities canceled in Chesterfield, Henrico, Hanover due to weather

Potential severe weather Friday afternoon and into the evening, including tornado watches for the Richmond area through 10 p.m., has prompted …

A total of 1,600 public housing residents in Richmond are behind on rent.

For every 100,000 live births in Virginia, it’s estimated that 38 pregnant patients will die. In Central Virginia, which includes Richmond, Ch…

The Virginia Department of Health has deemed knowing the level of COVID-19 spread within K-12 schools as critical to preventing transmission, …

If taxes are paid in full at the end of the grace period, residents will not be charged a penalty or interest. The due date for real estate taxes, however, remains unchanged. 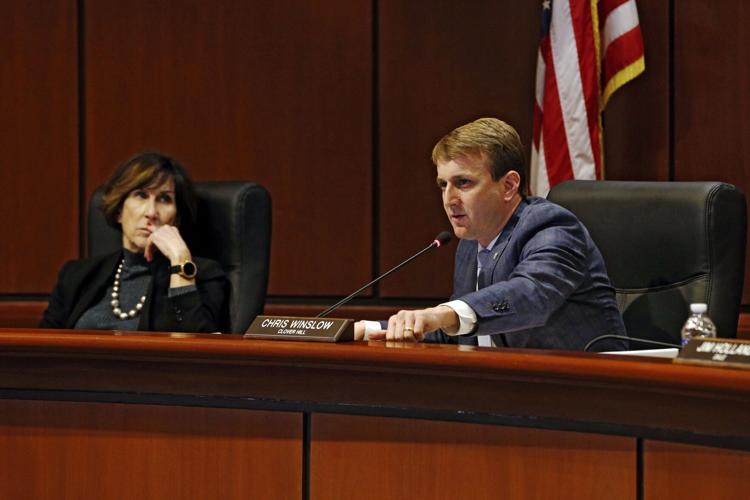 By upping a threshold, Chesterfield County supervisors eliminated taxes on roughly 17,000 vehicles in the county. 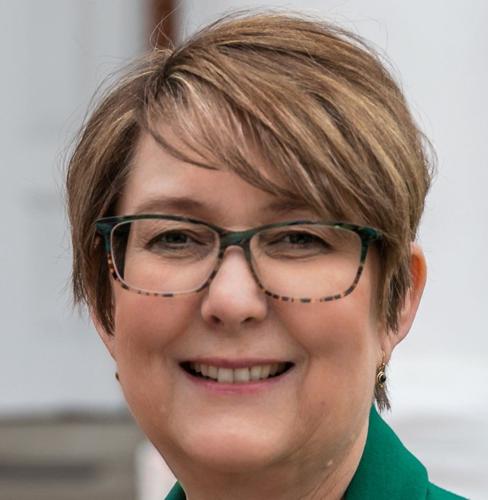