Control of both houses of Congress hung in the balance Tuesday, with key elections in several swing states including hotly contested races in Virginia’s 2nd, 7th and 10th congressional districts.

But despite a relative lack of political intrigue in the Richmond area due to redrawn districts, voters turned out in strong numbers for an off-year election.

Poll workers at multiple precincts in the area cited large crowds early in the day. At Glen Allen Elementary in Henrico County, poll workers said they were a lot busier than expected with 470 voters — 10% of the voters registered at the county’s largest polling place — showing up in the first hour that polls were open.

As of 8:30 p.m., more than 1.5 million of Virginia’s roughly 6 million registered voters had cast ballots in person on Election Day — nearly halfway to the 3.4 million total votes cast in the previous midterm election in 2018 — with just under 60% of precincts reporting Election Day totals.

An additional 943,000 voters participated in early voting, according to the Virginia Department of Elections — nearly three times as many as in 2018, before the General Assembly authorized a 45-day window for early voting.

Many voters cited economic issues as the reason they went to the polls Tuesday.

Bond referendums in Chesterfield County and Henrico were of significant interest, as both counties sought to issue more than $500 million in debt to finance projects ranging from a rebuild of Quioccasin Middle School in Henrico to Chesterfield taking ownership of police precinct buildings that the county currently rents.

Henrico voters could vote yes or no on projects totaling $511.4 million in four separate categories — schools, parks and recreation, fire and public safety, and flood prevention and stormwater drainage — while Chesterfield voters could either approve or deny the county’s entire $540 million plan.

Diann Liptak, a Democratic voter and Election Day volunteer in Chesterfield, said she held her nose and voted yes even though more money would go to the police department, which she said has a bad reputation.

John Thorpe, a self-identified independent Chesterfield voter who works in the construction industry, said he voted against the bond package.

“They don’t need the money,” said Thorpe, who voted for incumbent Rep. Don McEachin, D-4th, after losing trust in the Republican Party due to what he felt was a failure to “talk about the issues” and an embrace of racism by the party.

“They have my property taxes for that.”

Other voters were more focused on national issues.

Henrico voter Mike Young called himself a “lifelong Republican voter who voted for [President] Joe Biden to get things back to normalcy, and I have not liked what I have seen since he was elected.”

While the Supreme Court’s decision to overturn Roe v. Wade caused Young, 30, to question his allegiances to the Republican Party, he disapproved of Biden’s plan to relieve as much as $20,000 in federal student loan debt to borrowers making less than $125,000 a year.

“While I’m not opposed to forgiveness by any means, I thought the unconstitutional way that one man decided to write off billions of dollars worth of debt is not an administration that I want to support,” Young said.

Whitman Thornton, 74, said he voted Democrats down his ballot in Chesterfield because he worries that his Social Security benefits will be jeopardized if Republicans control Congress.

“I don’t want to lose it. That’ll hurt me bad,” Thornton said. “Democracy is more important than worrying about gas prices.”

Del. Schuyler Van Valkenburg, D-Henrico, who was not on the ballot Tuesday, went to polling places across the county to thank poll workers for their hard work throughout the day. He said that from what he saw, turnout appeared consistently strong.

“People, whichever party they’re in, have been engaged for the last five [or] six years,” Van Valkenburg said, “and I think what we’re seeing today is that that continues to be the case.”

Who won and what comes next? Election 2022 recap with Jeff Schapiro

5 takeaways from Tuesday's election — and the impact on Virginia

Tuesday’s election brought a list of surprises in Virginia and across the U.S.

State commissioner: 'I would say this was a very smooth election'

This is continuing coverage of the midterm elections from The Times-Dispatch newsroom.

Chesterfield County is moving forward with a plan to sell half a billion dollars in bonds to build schools, fire stations, libraries and parks…

He cruises to victory over Republican Leon Benjamin in a rematch of their 2020 contest.

State election officials on Tuesday reported issues with voter information at polling locations in Richmond, Suffolk and Chesterfield and Nott…

Diann Liptak explains how she voted on Election Day.

Voting at the Huguenot 501 voting precinct

Voting at the Huguenot 501 voting precinct in North Chesterfield, Va. on November 8, 2022.

"I think it will be a wakeup call," says former Gov. Doug Wilder, who recalled that "people stood up and cheered" when he dropped his own presidential bid.

The referendum contained four yes or no questions in the areas of schools; recreation and parks; fire station and public safety; and flood prevention and stormwater drainage.

Facebook parent Meta is laying off 11,000 people, about 13% of its workforce, as it contends with faltering revenue and broader tech industry …

Criminal charges have been filed against a teen who police say was involved in a Sept. 18 fatal shooting in Henrico County.

A Northrop Grumman capsule delivered several tons of supplies to the International Space Station on Wednesday despite a jammed solar panel.

Richmond police have identified a man who was fatally shot Tuesday night a few blocks from the Hillside Court neighborhood.

Here are the road closures, no parking zones for Saturday's Richmond Marathon 🏃‍♀️ 👟

Vehicles parked along the race course will be towed starting at 9 p.m. on Friday. 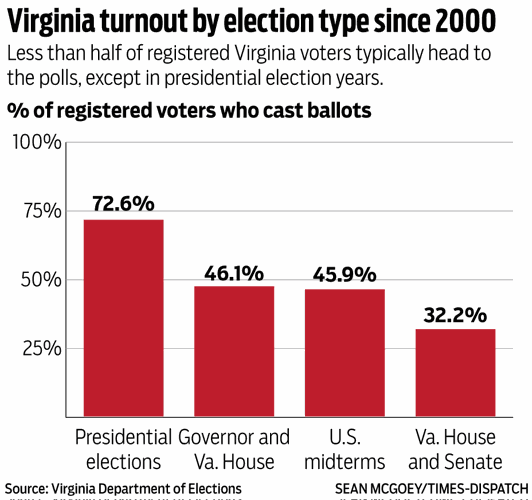 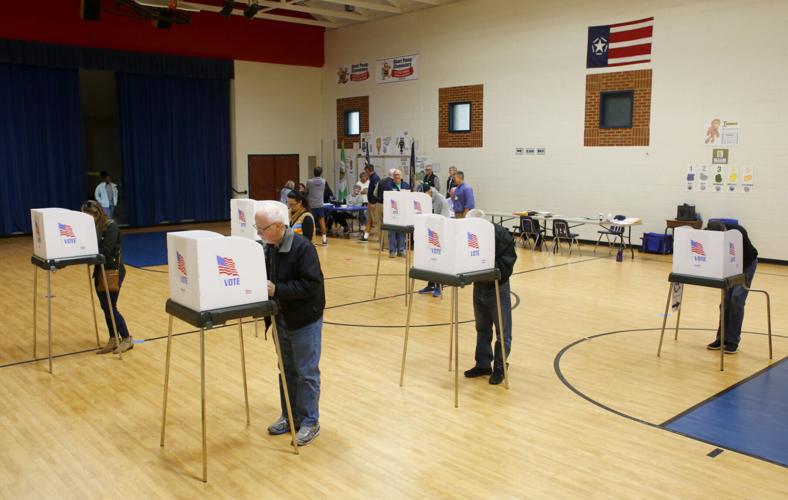