Williams: A civilian review board must be collaborative, but also confrontational. Otherwise, why bother?
0 Comments
Share this
1 of 3 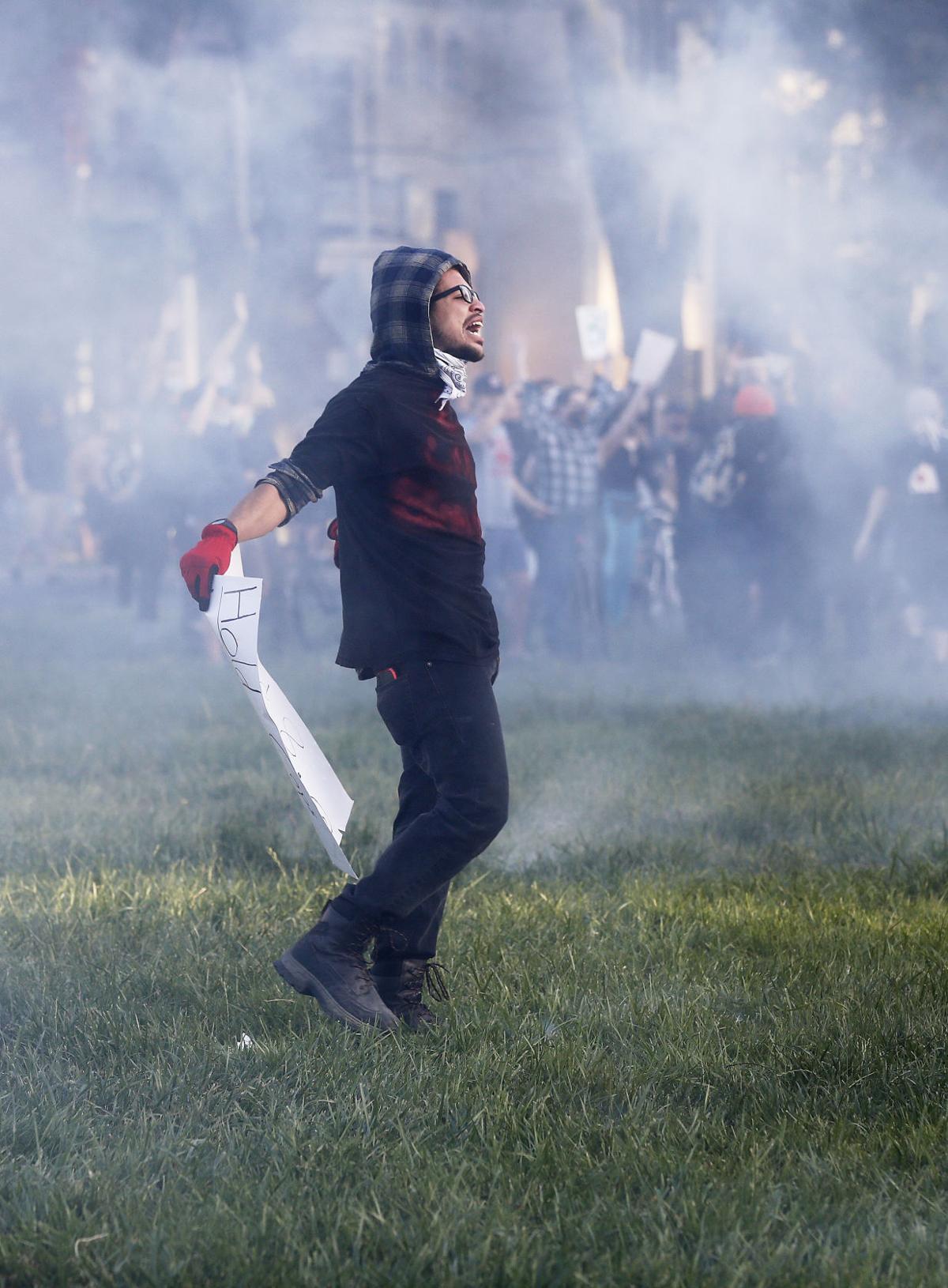 Protesters stand amid tear gas as they confront police at the Robert E. Lee monument. 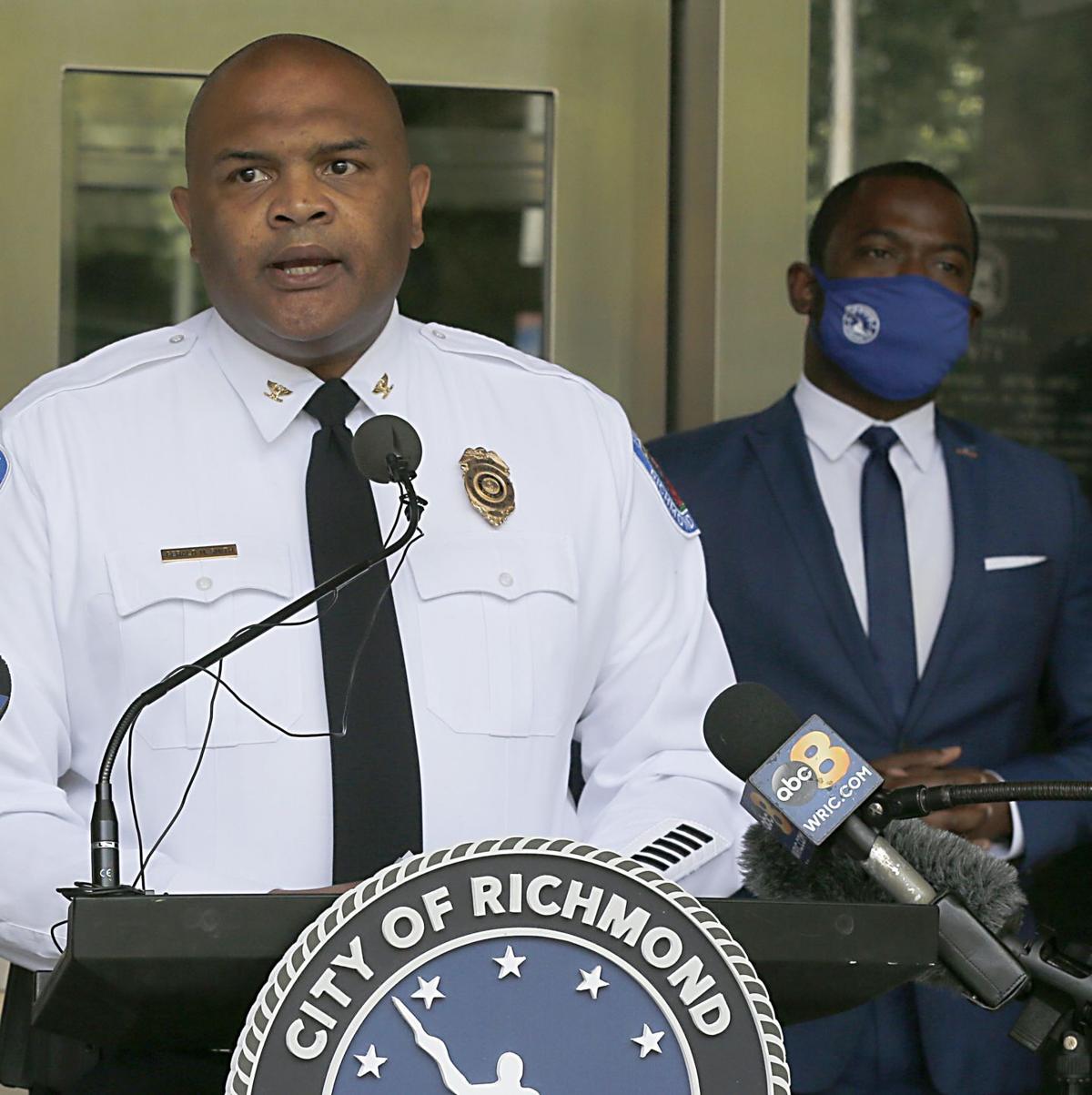 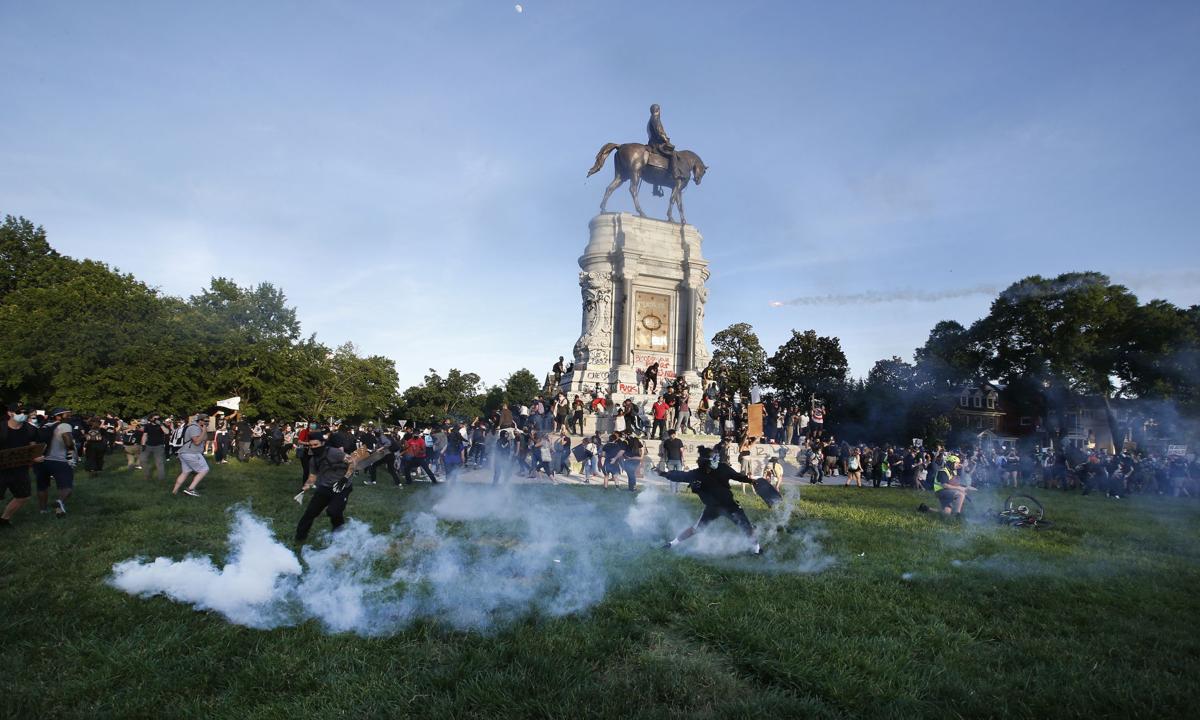 Black Lives Matter staged a protest rally and march through the streets of Richmond, Monday 6/1/2020, to protest police treatment of African-Americans. Protesters throw back tear gas canisters fired by police to disperse a crowd protesting at the Robert E. Lee monument.

A year ago Tuesday, a week after the murder of George Floyd, Richmond police used tear gas on peaceful protesters at the Robert E. Lee monument.

We still don’t have a clear understanding of this assault. Mayor Levar Stoney, in a recent opinion piece in The New York Times, described the gassing as “unintentional.” Amid shifting explanations, a full report has not been released on an episode that could have used the interrogation of a civilian review board.

During this past summer’s racial reckoning, amid calls for reform, defunding or the abolition of the police, law enforcement appeared to be heading for a profound reinvention.

But gradually, as the nation experiences its invariable fatigue in working toward racial justice, the pendulum has swung back toward the police.

Defund the police? Richmond’s civilian review board task force can’t even get funding for a website and a research assistant.

In Henrico, Varina Supervisor Tyrone Nelson wanted such a civilian review board with investigative power. That was a bridge too far for his white colleagues on the board of supervisors. At least one member, Patricia O’Bannon, questioned the need.

“They wouldn’t be able to do anything,” Nelson said of the review panel.

Meanwhile, in Richmond, the task force complained about its difficulty in getting the police chief to engage them.

“At some point, the unwillingness to engage with this body does start to feel like arrogance,” said Erik Nielson, a task force member and University of Richmond professor. “I don’t think we can overlook it. If you’re watching a task force creating a civilian review board that could potentially just co-opt your authority, and there’s nothing. It makes me feel like they don’t believe it or they’re just not going to deal with it. They think they can get out of it.”

When the two parties finally met this past Wednesday during a meeting of the task force, Smith warned that a review board needed to be collaborative, not confrontational.

Yes, collaboration is good. To hear task force members talk, they envision a collaborative, trust-building spirit in which a board would do its work. But a civilian review board cannot be a smiley-face rubber stamp on police misconduct. It must be willing to confront the police department when it needs confronting. Otherwise, it won’t be doing its job.

Police, in participating in this work, must be willing to give up a modicum of power and control. But perhaps they sense the tide turning in their favor as the white allyship that characterized this reckoning on race over the past year has shown signs of experiencing fatigue.

Support for law and order is on the upswing; support for protesters, heading in the opposite direction, according to a March poll by USA Today/Ipsos.

In that poll, nearly half of Americans surveyed gave paramount importance to law and order, even at the expense of peaceful protests. Under one-third felt the right to protest was most important to ensure. And 69% trusted police and law enforcement to promote justice and equal treatment of people of all races — 19 percentage points above trust in Black Lives Matter. A minority of respondents across all demographic groups supported the concept of “defund the police.”

These numbers represent a reversal of sorts from the results of a survey in June 2020, when Black Lives Matter enjoyed more support than law enforcement.

The electability of any politician is predicated on public safety — or more specifically, the perceived safety of white people. And America always has had a short attention span and limited endurance when it comes to sustaining the work of social justice.

“Law and order” in America always has been political code for controlling this nation’s Black citizens. But when it comes to throngs of insurrectionists — including white supremacists and yes, law enforcement officers — attempting the violent overthrow of a presidential election result? Move along, nothing to see here, Republicans say. The cover-up is invariably as serious as the crime — recall the first misleading Minneapolis police press release after Floyd’s murder.

Only oversight with teeth can drive out the dark impulses that have plagued law enforcement. The status quo has left some of us feeling unsafe about the people charged with protecting us. The imbalance of power between police and civilians must be tilted toward justice and accountability. We should not feel unsafe around those charged with our safety.

Protesters stand amid tear gas as they confront police at the Robert E. Lee monument.

Black Lives Matter staged a protest rally and march through the streets of Richmond, Monday 6/1/2020, to protest police treatment of African-Americans. Protesters throw back tear gas canisters fired by police to disperse a crowd protesting at the Robert E. Lee monument.