Someday in a more enlightened future, we will have a memorial day commemorating school children lost to mass shootings.

But until then, we will keep enlisting children as soldiers of misfortune — the victims of politicians who cling to power with blood-stained hands while spouting arguments about our need to “harden” schools and arm teachers.

“We can’t stop bad people from doing bad things,” said Texas attorney general Ken Paxton in the aftermath of the May 24 slaughter at Robb Elementary School in Uvalde, Texas, in which 19 students and two teachers were killed and at least 17 people were wounded.

I’ve never understood his argument, which says in effect: “Lawbreakers, including murderers, are going to break the law anyway. Why try to stop them?”

Williams: The result of overturning of Roe v. Wade will be criminal. And you could be the next target of judicial overreach.

"If the court is stripping away rights, why would it stop at a woman's body autonomy?"

With that sort of logic, why not dispense of all laws and let the criminals run amok?

Instead, Paxton and his ilk would cast gunslinging teachers as saviors, asking them to do what police officers failed to do in waiting more than an hour to confront the gunman at Robb Elementary.

We’re the only nation in the world where civilian gun ownership outnumbers people — 120 firearms for every 100 people, according to CNN and the Switzerland-based Small Arms Survey. We let unhinged 18-year-olds — the shooter in Texas and the white supremacist in Buffalo — legally purchase AR-15-style assault rifles and body armor.

And yet, confronted with the obvious nature of the problem, some politicians would place unreasonable responsibility on the plate of already overburdened teachers, despite a poll by Morning Consult and Politico — taken days before the Uvalde shootings — showing nearly 6 in 10 respondents favoring stricter gun laws.

“The guns, stupid. It’s the gun,” said gun safety advocate Lori Haas, whose daughter was wounded in the April 16, 2007, mass shooting at Virginia Tech in which 32 people were killed and 17 others wounded.

Haas said she’s too afraid to think about how many more communities will suffer. “It’s too overwhelming. Guns kill. And if we don’t recognize that, and address the risk, we’ve failed our children.”

A provocative photo of a rifle-toting Sears no doubt helped land her as a speaker at the National Rifle Association convention that began in Houston days after the Uvalde shooting. If she’s so Rambo, send her into the next assaulted schoolhouse. In the meantime, we need more than posturing and denial.

Instead, these pols are willing to make our schoolhouses armed, fenced-in encampments more closely resembling military installations or corrections facilities.

“We need fewer guns in schools, not more. Teachers should be teaching, not acting as armed security guards,” said Becky Pringle, president of the National Education Association, in a statement the day after the Texas shootings.

“Arming teachers makes schools more dangerous and does nothing to protect students and their families when they go off to school, shop at the grocery store, attend church services, ride the subway, or simply walk down the streets of their neighborhoods,” she added. “Those lawmakers pushing to arm teachers and fortify school buildings are simply trying to distract us from their failure to prevent another mass shooting.”

The Virginia Education Association “believes that the only personnel that should be carrying live firearms on a school site/facility should be law enforcement personnel.”

The Richmond Education Association Board of Directors opposes the arming of educators, citing studies that show arming educators creates another risk to the safety of students and staff. “Being proactive will be the best preventative action that can be taken. A focus on the mental health issues that our students are challenged with would also be a preventative measure,” REA president Katina Harris said in an email.

Law enforcement trains for hundreds of hours to get the muscle memory required to use firearms effectively. But peripheral vision abandons people during “fight or flight” situations, she said. “The element of surprise is always with the shooter.”

As first-graders in the mid-1960s, Haas and I shared a classroom. The idea of a gun-wielding intruder was unfathomable. But the previous Cold War decade introduced school children to “duck and cover” drills — the government response to the threat of nuclear attack.

Today, with shooter drills, we have similarly normalized the threat of schoolhouse carnage. Gaslighting pols are trying to get us to accept the unacceptable as the cost of them doing business.

Any elected official who values guns more than children needs to be put out of work.

'Under the Skin: Racism, Inequality, and the Health of a Nation' | After the Monuments podcast

Williams: First, Montpelier reversed its power-sharing promise with descendants of the enslaved. Now, it's retreating from its history of enslavement.

Montpelier, the estate of James Madison, has gone from being the toast of the museum world to being, well, just plain toast.

Williams: On a casino, Richmond had its shot. Let Petersburg have theirs.

"It's sad that so many hopes and dreams in Richmond and Petersburg are invested in a proposed casino, a project inherently rife with moral and economic ambiguity," writes columnist Michael Paul Williams. 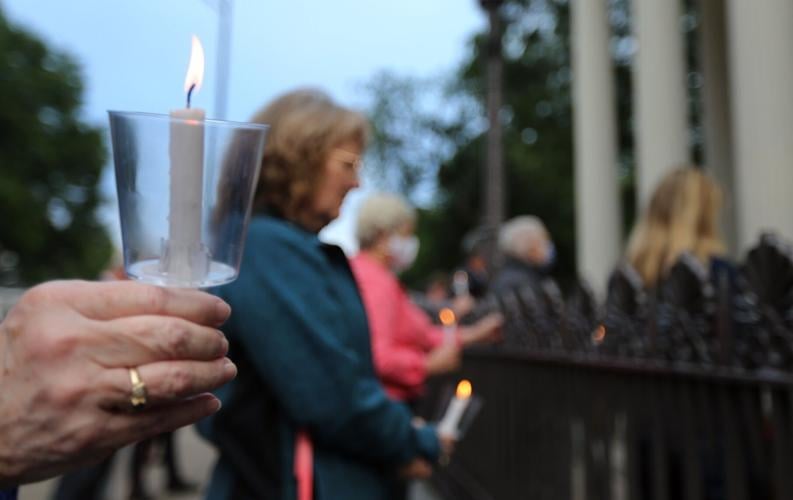 St. Paul’s Episcopal Church organized and held a prayer vigil for the victims and family of of shooting victims of Robb Elementary School in Uvalde, Texas, Wednesday, 5/25/2022 in downtown Richmond, Virginia. 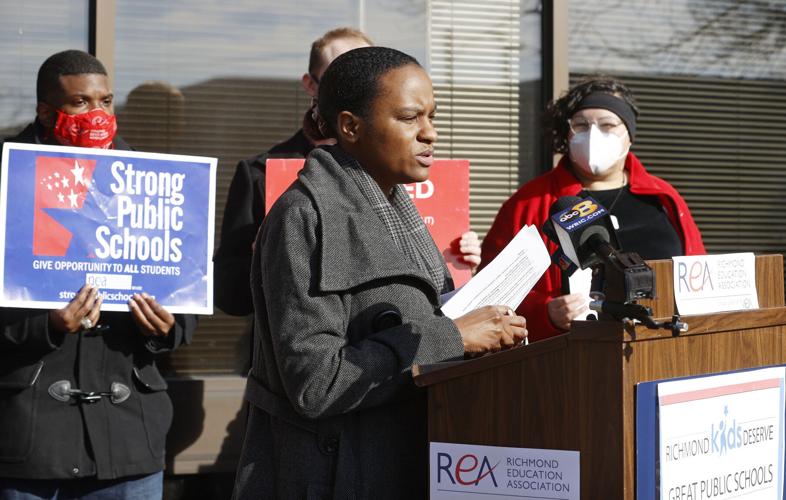 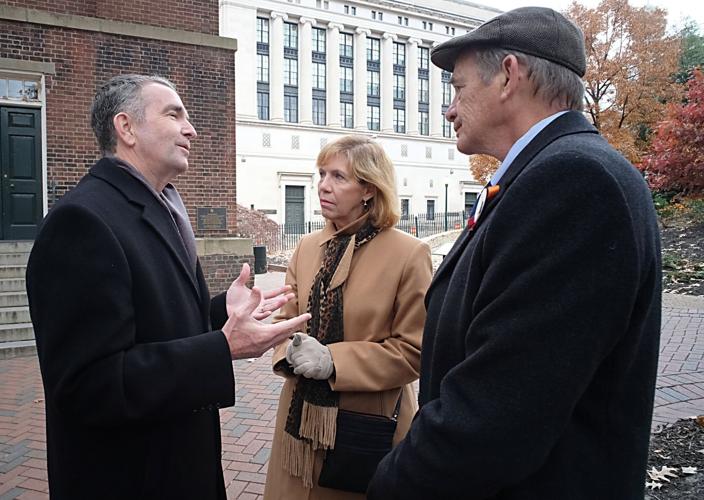 Then-Gov. Ralph Northam talked with gun safety advocates Lori Haas and Andrew Goddard on Friday after a news conference in Richmond, where Northam said his proposed budget will include more than $27 million to address gun violence.