© 2021 Lee Enterprises
Terms of Service | Privacy Policy
Williams: George Floyd's murder was the moment we could no longer look away. It may be our last chance to get America right.
0 Comments
Share this
1 of 3 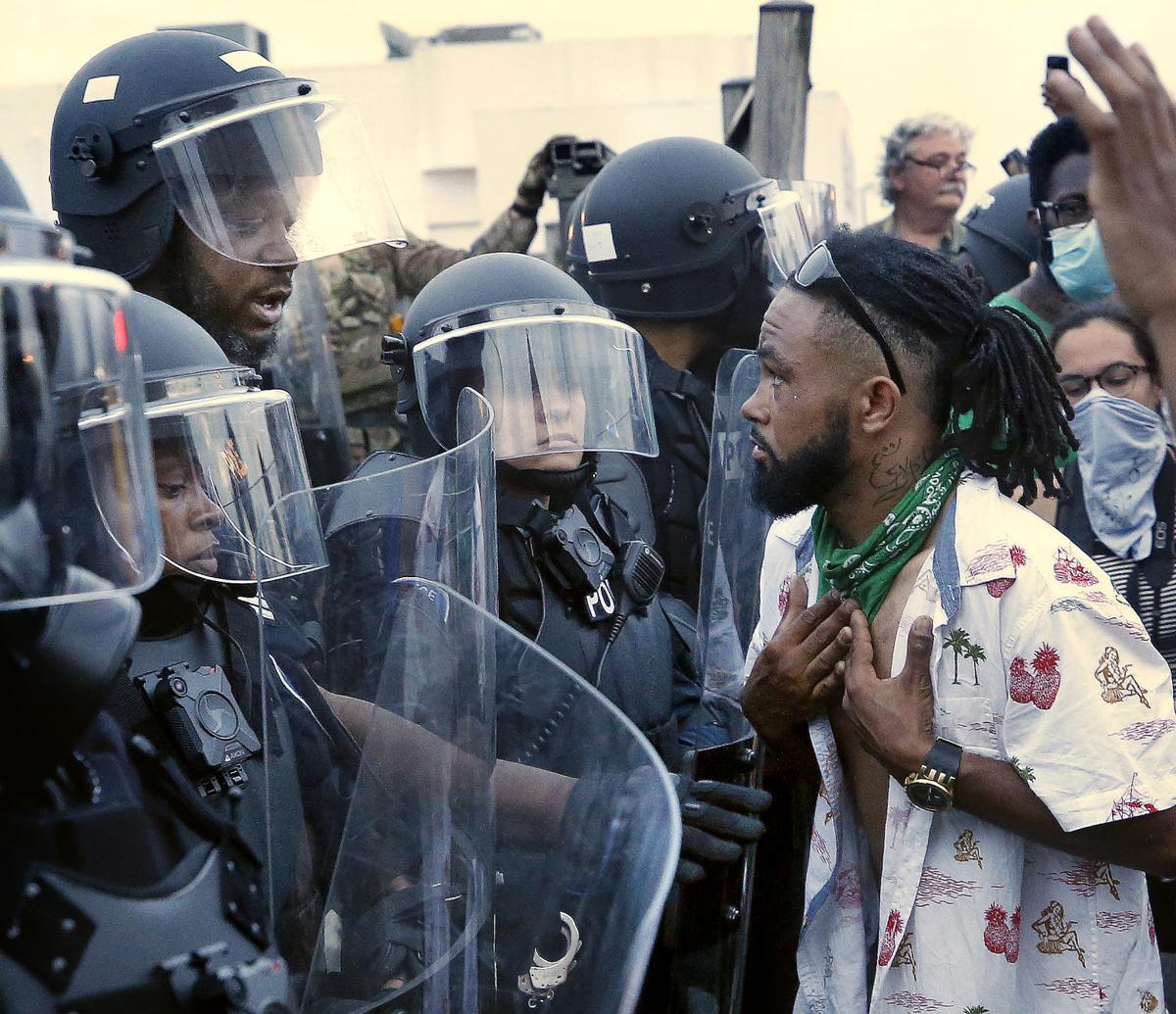 An officer and a protester spoke during a demonstration in Richmond this past June after the death of George Floyd. 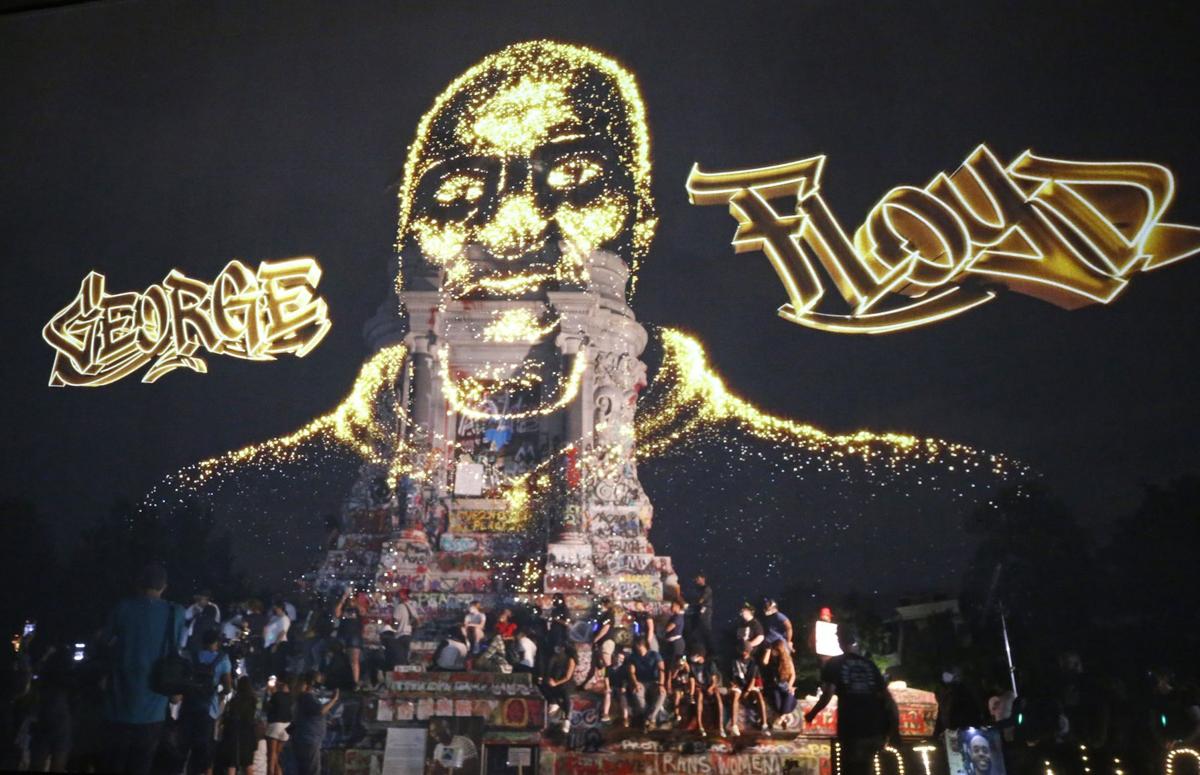 In July, an image of George Floyd was projected onto a screen at the Lee monument in Richmond. 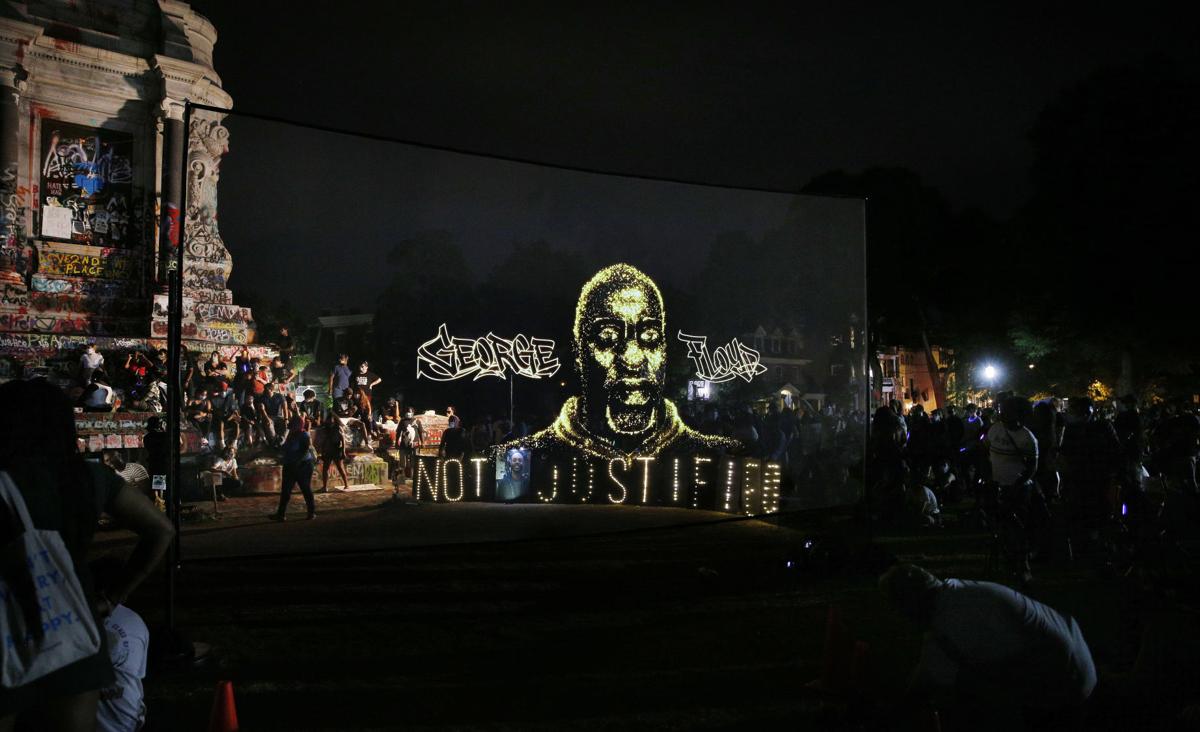 The George Floyd Hologram Memorial Project stopped in Richmond in July at the Robert E. Lee statue on Monument Avenue. Members of Floyd’s family attended the event and were among the speakers.

My wife and I traveled to her native City of Brotherly Love in search of normal, setting aside the reality that “normal” is lethal to Black folks in America.

Philadelphia’s streets were packed with diners; its restaurants buzzing. Children frolicked in the splash pad at Dilworth Park. If you ignored the masks and social-distancing footprints, all seemed well. But don’t be fooled. We might be shedding masks, but this nation remains unwell from the congenital disorder of white supremacy.

As we commemorate the anniversary of George Floyd’s murder at the hands of a Minneapolis police officer, we must confront America’s centurieslong pathological need to inflict pain upon Black people. This nation has long viewed blackness as a problem, but the prerogatives of whiteness landed us here.

During the trauma of the past year, part of me shut down — the physical quarantine joined by a mental and emotional exhaustion. I lament my distance from this pivotal moment.

I am filled with gratitude for the demonstrators who had the courage, energy and passion to lay the groundwork for change. But just as the marches, riots and civil rights legislation of the 1960s were not enough to cure centuries of oppression, one year of protest will not give us the change we need amid persistent resistance.

We are living what might be called the Second Reconstruction, and a chunk of this nation is taking it about as well as the former Confederate states took the first, engaging in anti-democratic impulses to make it harder for Black people and others to vote.

Forced by the confines of the pandemic to look at ourselves in the mirror, some of us recoiled at the ugliness we saw; others checked out. Still others plunged into what can only be described as the delusional madness of conspiracy mongering and violent insurrection.

Richmond police, called on by this newspaper to reflect on the past year, responded with silence. Tuesday’s Times-Dispatch includes an empty white space that might have been filled with words of accountability, lessons learned or even defiance.

Mayor Levar Stoney, in an opinion piece in The New York Times, describes an event that was the nadir of his first term — his struggle with an adequate apology and message of accountability for throngs of City Hall protesters infuriated at police abuse. But the overall tone of the piece, while a call to action, seems too congratulatory. Grassroots protesters took Confederate monument removal into their own hands. Elected officials followed their lead.

“The Lost Cause has lost,” Stoney declared in the essay. But white supremacy will not go down without a fight. It never has.

We’re fortunate to be living through this opportunity to create a more perfect union. But if you don’t sense the window closing, you haven’t been paying attention.

Floyd’s murder might have been a revelation for white people — a point where they no longer could look away — but it was a weary continuum for Black Americans. At this juncture, demonstrators of all colors took to the streets in the name of Breonna Taylor, Ahmaud Arbery and other victims of police or vigilante violence.

The battle lines are drawn. But lawyer-activist Bryan Stevenson of the Montgomery, Ala.-based Equal Justice Initiative says polarization is a beginning, not an end.

“It is the process that leads to something, I think, necessary. And what I’m hoping can come out of this is that we just have the courage to talk about things we haven’t talked about,” he told the BBC.

“We will never get to a more just place if we remain silent about the multiple ways in which we have tolerated racial bias and racial exclusion. It cannot just be the burden of Black people and brown people in this country to overcome racism and create equity and opportunity. It has to be everyone’s burden.”

Floyd’s murder unmasked the depth of our national malady. Our reaction, like our response to the pandemic, cannot be sidetracked by impatience and dissembling.

“Everybody will be looking for an exit. Everybody wants to get the uncomfortable thing over,” Stevenson said. “And we can’t recover from 400 years of racial oppression and white supremacy without committing to a long and extended process of truth telling, of truth and justice, truth and repair, truth and reconciliation, truth and redemption.”

When self-styled “patriots” in Hanover County and elsewhere view equity as racism, and the exploration of America’s racist legacy as unsuitable for the classroom, we’ve got work to do.

It should be evident that this nation has long held the aforementioned truths in contempt. This might be our last chance to get America right.

An officer and a protester spoke during a demonstration in Richmond this past June after the death of George Floyd.

In July, an image of George Floyd was projected onto a screen at the Lee monument in Richmond.

The George Floyd Hologram Memorial Project stopped in Richmond in July at the Robert E. Lee statue on Monument Avenue. Members of Floyd’s family attended the event and were among the speakers.