Williams: Is a Petersburg casino worth a roll of the dice?
0 Comments
Share this
1 of 4 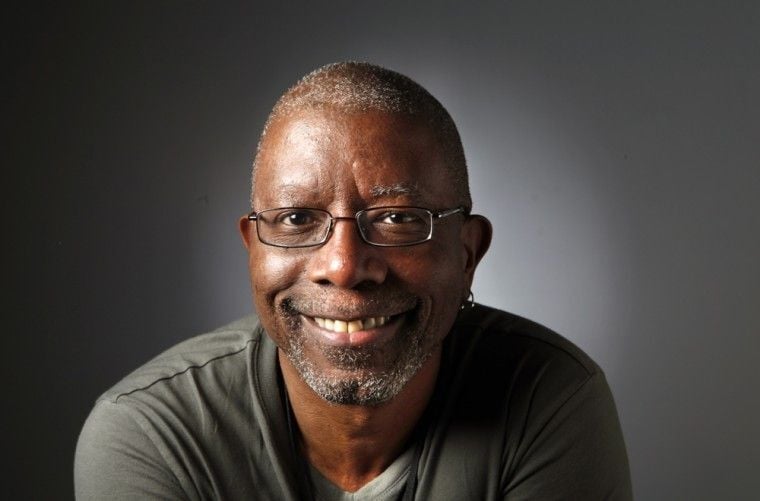 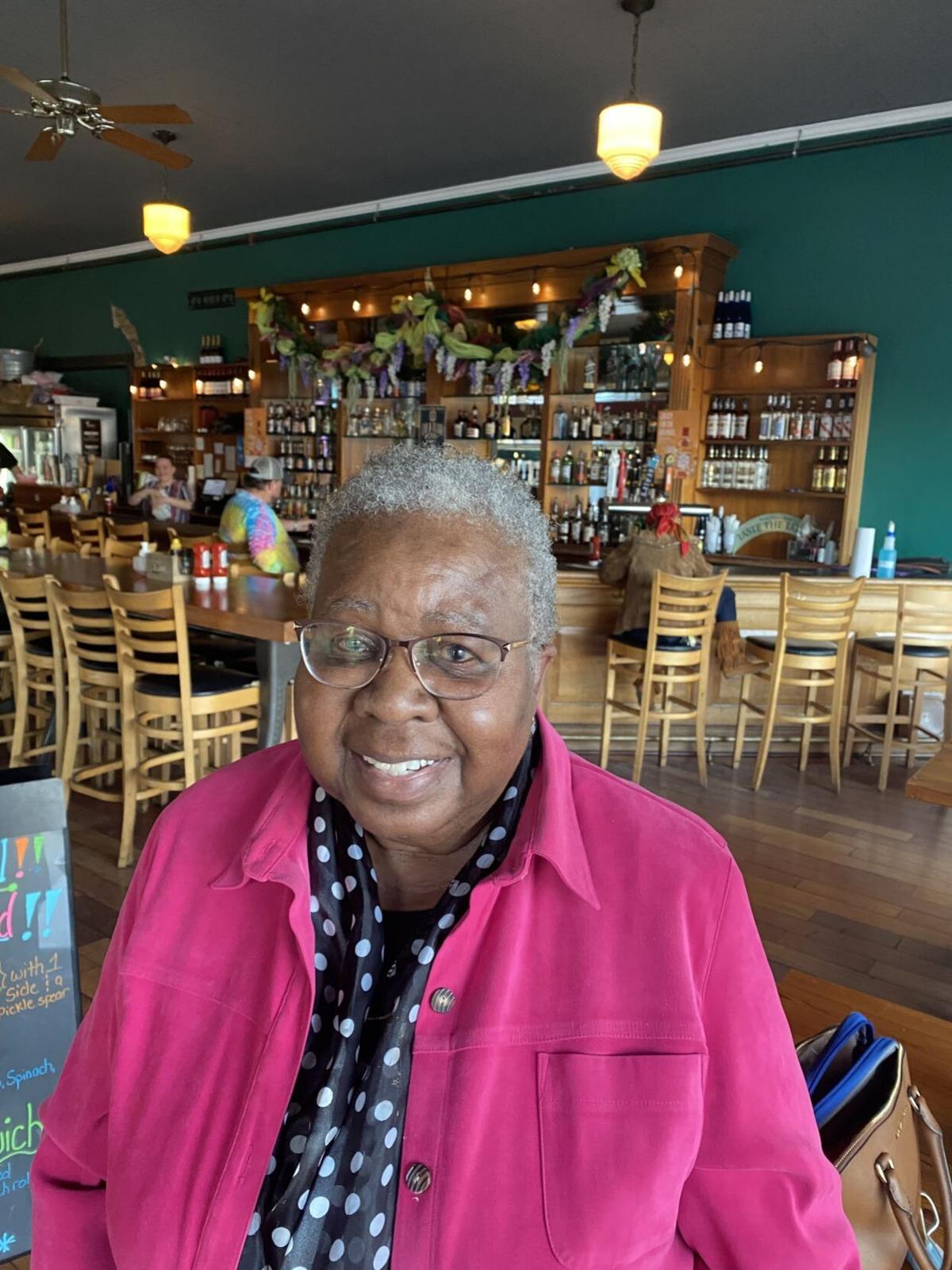 Petersburg resident Rosa DeWitt said she supports a casino for the city. 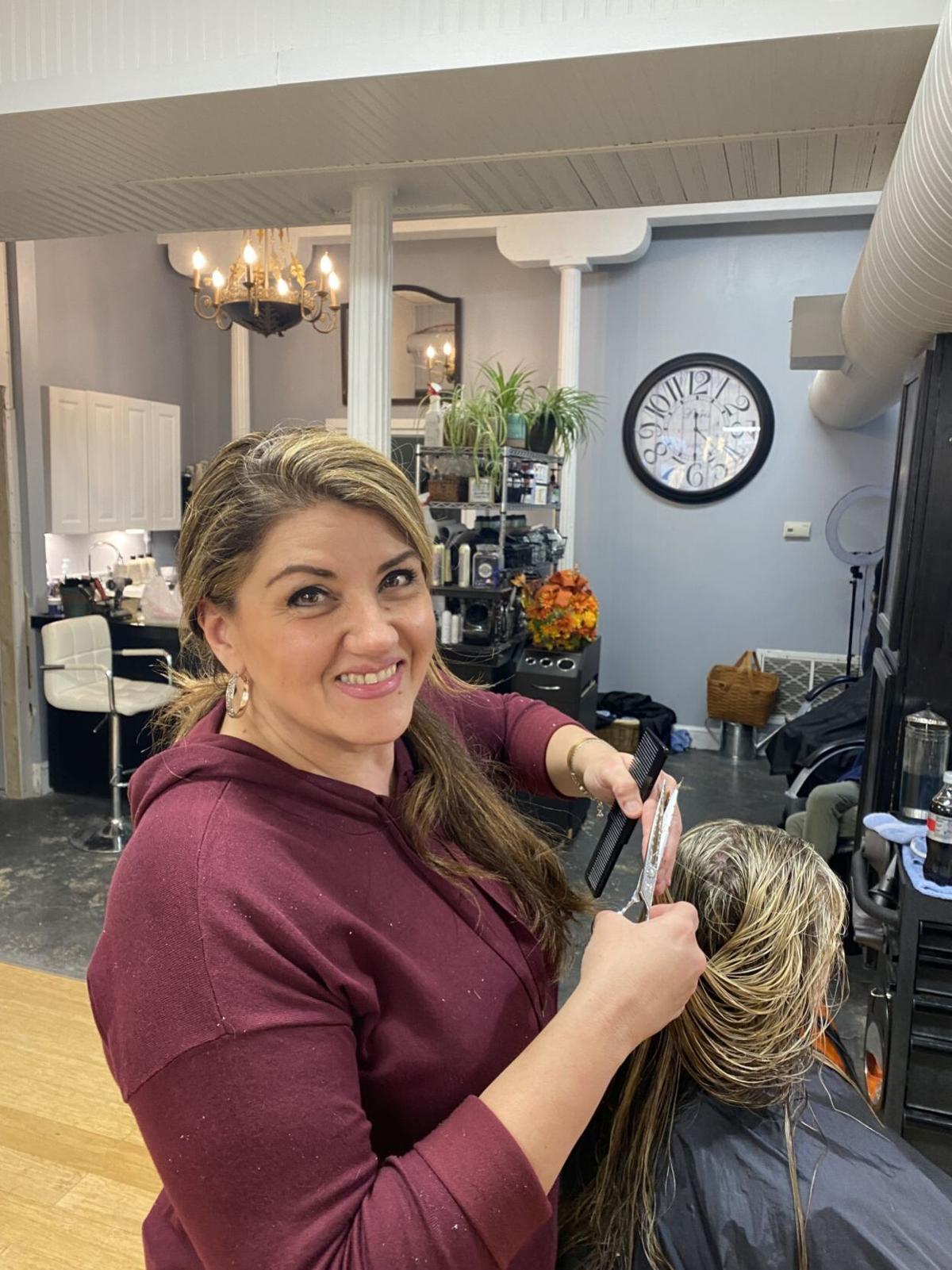 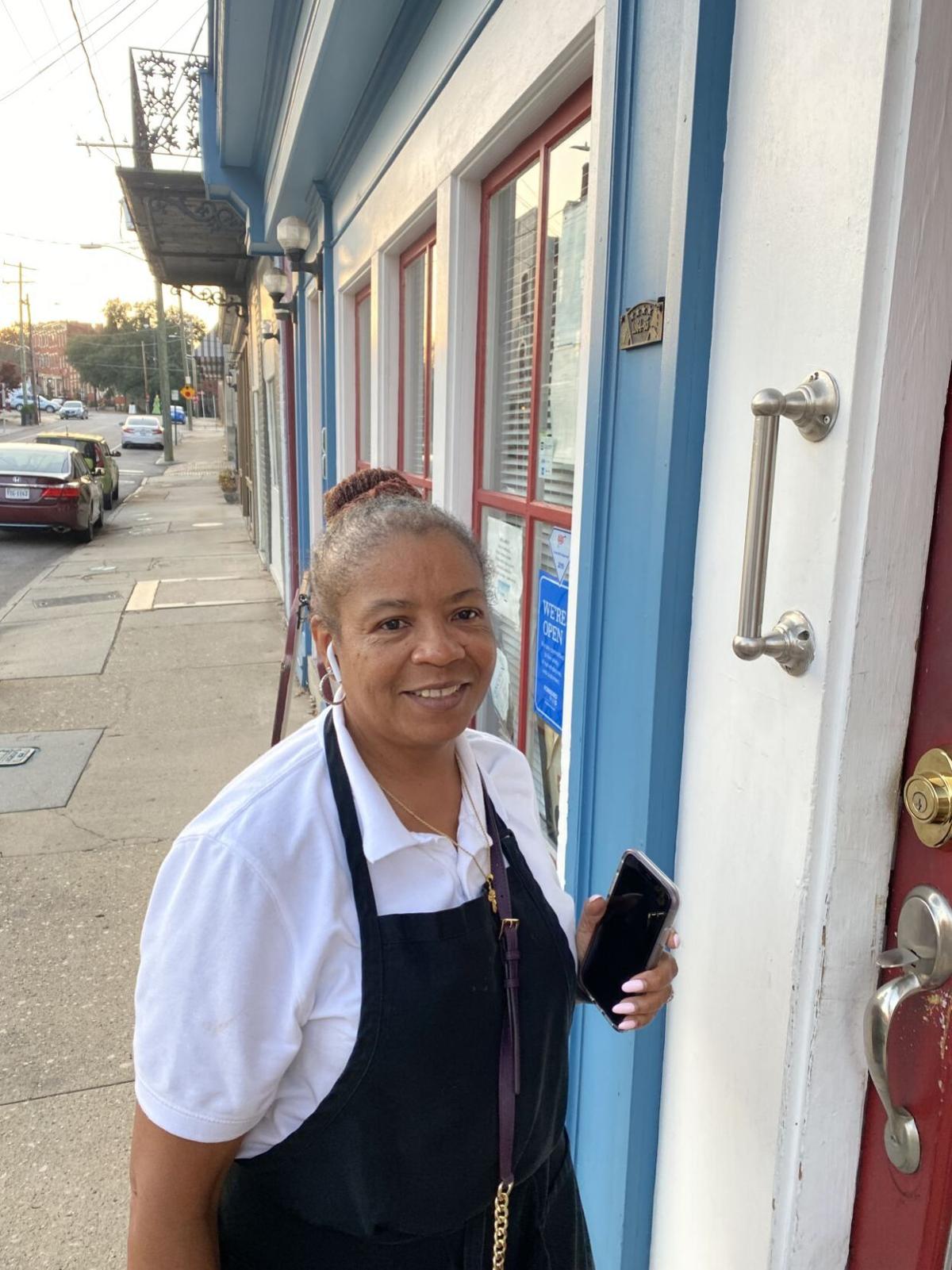 Resident Lynn Georgogianis said she supports a casino if it creates jobs and helps schools.

PETERSBURG — Davon Webster doubted whether a casino would be a wise bet here as he spread fresh mulch on a Bank Street property in historic Old Towne.

“I don’t know. To be honest with you, Petersburg’s poor,” he said. “I don’t think too many people would be going.”

But Webster was the lone skeptic among three men working the site across from a warehouse renovated into loft apartments. “As far as jobs in Petersburg, that would be nice,” said Tim Bades, who was supervising the landscaping.

State Sen. Joe Morrissey, D-Richmond, has been bullish on a casino in this struggling city with tangible momentum. “Petersburg is the best location ... now that Richmond has declined,” he told a Richmond Times-Dispatch reporter. Petersburg Mayor Samuel Parham said a casino could be a “game-changer” for this city of 34,000.

Residents interviewed on an unseasonably warm and sunny Wednesday were cautious, intrigued or downright enthusiastic about the prospect of their city rolling the dice on a casino, should the question reach the voters.

“I am not for or against,” said Susan Steward, owner of Apothic Hair Studio. “I want to see more data on how it affects crime in the cities they put them in, especially human trafficking. I want to make an educated decision, which is why I want more data.”

NIMBY turbulence buffeted proposals for a casino in Richmond before the selection of the industrial South Richmond site of One Casino + Resort. But Urban One seemed to be marketing what would have been the nation’s only Black-owned casino to one audience at the exclusion of another. White voters in the West End and along the Forest Hill Avenue corridor defeated the project, despite its support in largely Black and Latino neighborhoods of South Richmond.

Mayor Levar Stoney and venerable Black organizations had endorsed the casino. But grassroots progressives, battle-hardened by their takedown of the Navy Hill project, joined business and political figures such as Jim Ukrop, Viola Baskerville and Paul Goldman in helping to derail it.

But Petersburg is not Richmond.

Nearly three out of four residents here are African American. White voters do not have the political heft to kill a casino proposal — not that it’s evident they’d even have the inclination. Petersburg is still reeling from the departure of its manufacturing base decades ago. Residents across racial lines covet a new source of tax revenue.

“Of course,” she’d support a casino, said retiree Rosa DeWitt as she grabbed takeout from Longstreet’s Delicatessen, “if they put the money where it’s supposed to go, where it’s needed.”

I’m easily convinced that casinos cause economic and social harm to those who can least afford it. But I’m wary of the paternalism inherent in suggesting that we must save the impoverished from themselves; gambling is not an addiction exclusively felt by the poor. I’m also troubled that Richmond voters most detached from the casino project decided its outcome over those most proximate to it.

“Not in my backyard” became “Not in YOURS either!”

“If you believe in, A, democracy and B, empowering minority voices, at some point you have to take seriously the folks who live there,” said Rich Meagher, a political scientist at Randolph-Macon College. “I just have a bad taste in my mouth about that.”

He thinks if the casino is put to a vote, Petersburg would approve it. Still, he doubts that a casino would accrue long-term benefits, particularly for those who need help most, or offset the negative costs of gambling. And he wonders if Virginia would have a gambling glut, given casino plans in Norfolk, Portsmouth, Danville and Bristol.

“They’re probably already cannibalizing not only the same audience but the same entertainment dollars,” Meagher said. “Where else will they make money but from the folks who are nearby?”

This city on the Appomattox River, once Virginia’s second largest behind Richmond, is home to Pocahontas Island, one of the oldest free settlements in Virginia. It was an important landmark of both the Civil War and the Civil Rights Movement. It retains a lovely and historic housing stock. But poverty and unemployment are thick; health and education outcomes, not good. One of its most prominent landmarks is a long-abandoned hotel, visible from Interstate 95. A casino is no panacea for what ails this city.

But one gambler’s entertainment is another’s desperation. If the casino question is put to voters here, their answer might well come down to: “What do we have to lose?”

More than $2 million has been poured into Richmond's casino debate. On Tuesday, the voters decide

Richmond voters will decide next week whether to permit a casino in the city.

The 66th District in the House of Delegates, anchored in Chesterfield County, profiles as the bluest seat held by a Republican, making it a ke…

Petersburg resident Rosa DeWitt said she supports a casino for the city.

Resident Lynn Georgogianis said she supports a casino if it creates jobs and helps schools. 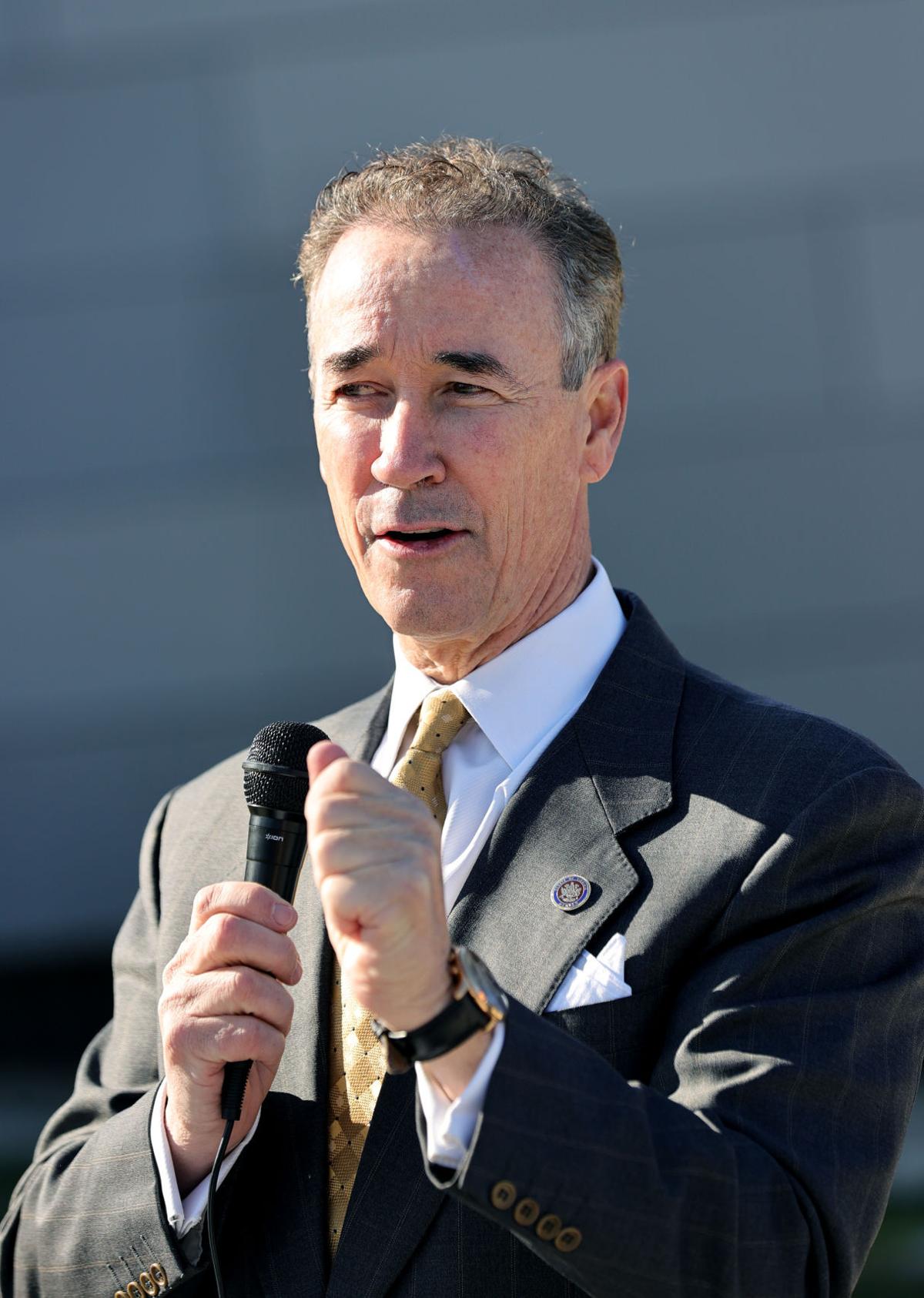