Williams: What was the Navy Hill project has moved north to Henrico. But the same questions remain.
11 comments
Share this
1 of 3 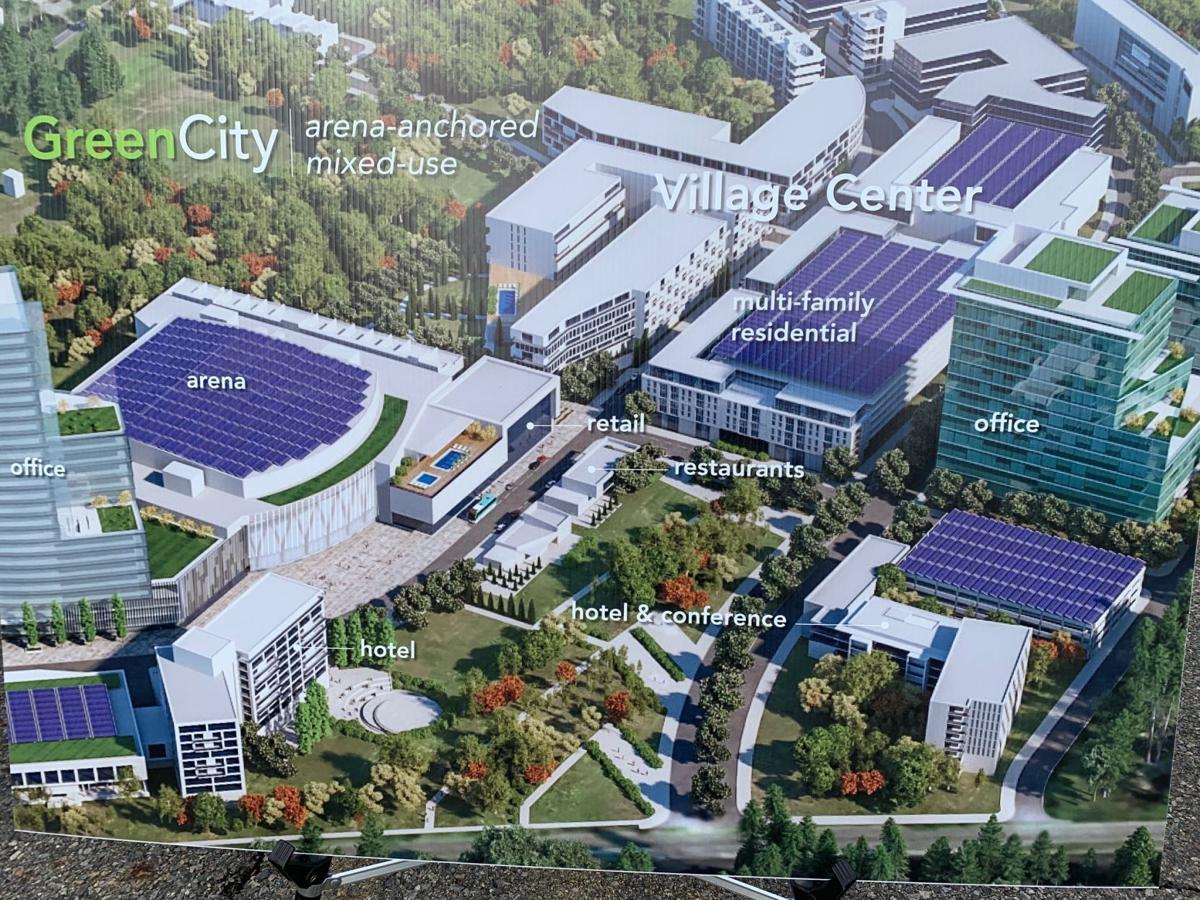 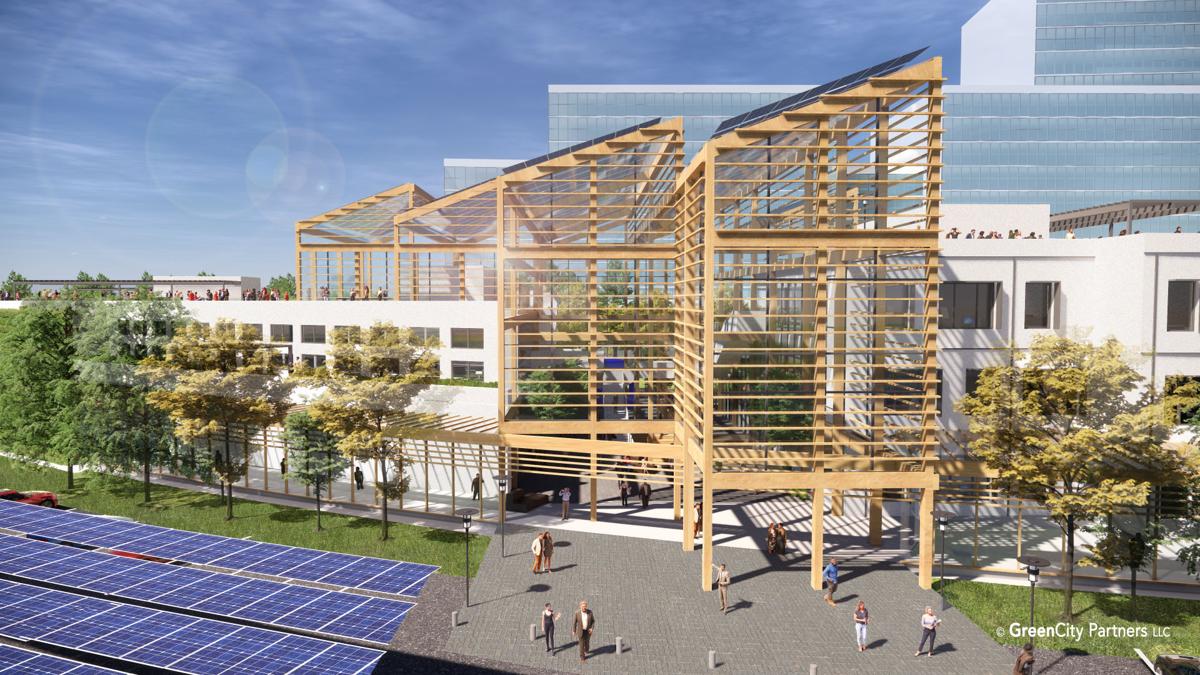 A rendering of the GreenCity project in Henrico County. 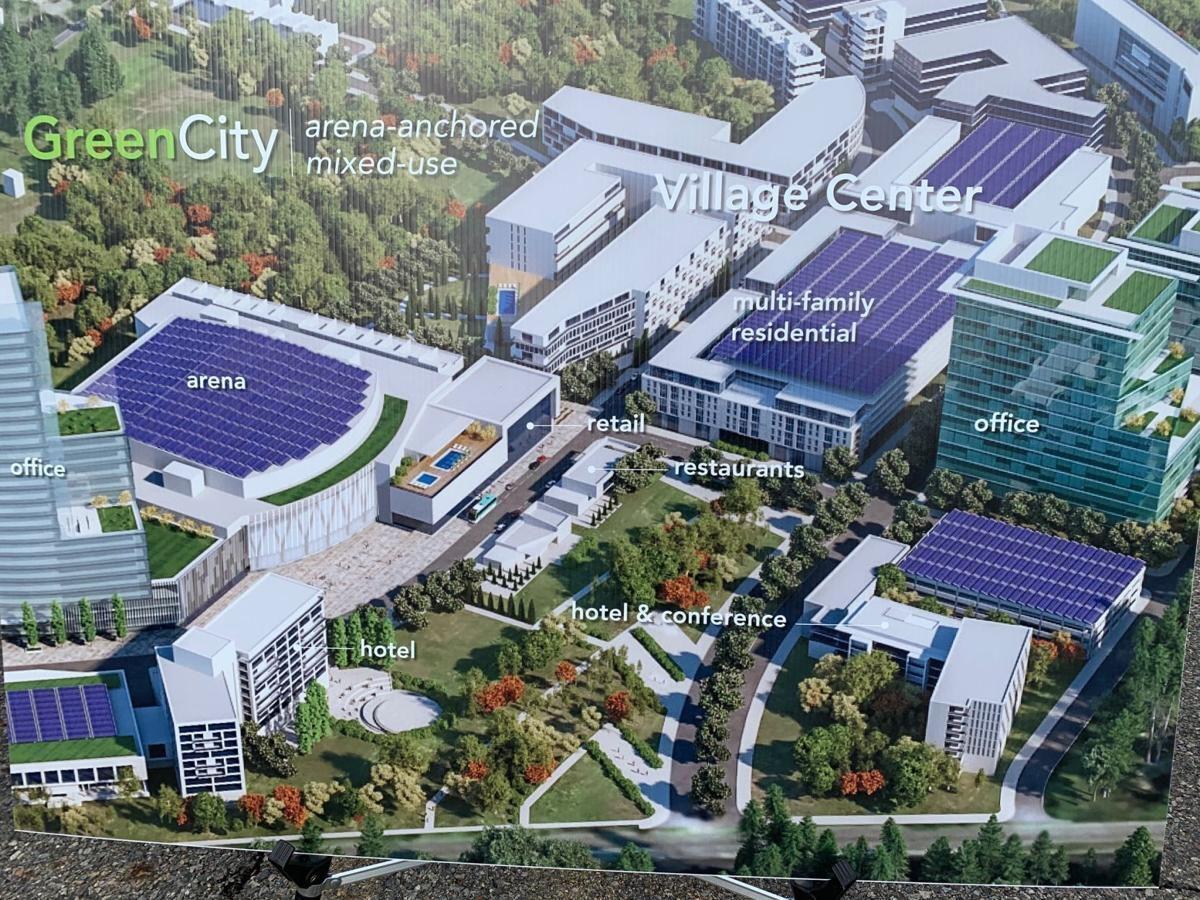 Having failed at pitching nostalgia to build a 17,500-seat arena, office space, a hotel and housing in a former Black urban neighborhood, some of the same players are pitching a futuristic, sustainable “ecodistrict” in Richmond’s northern suburbs.

“At first, you kind of look at it and go, ‘Oh, they just picked up what they were doing downtown and moved it to Henrico,’” said Jon Lugbill, executive director of Sports Backers. “But I want to actually give Henrico a chance to put their footprint on this.”

Henrico County, by virtue of its reputation as a well-managed county, will receive benefit of the doubt as it attempts to erect a dense urban-style village at the site of the former Best Products headquarters at Parham Road and Interstate 95.

GreenCity will encroach on the existing Garden City, a bucolic community north of Parham Road. Barksdale Haggins moved there from Richmond five decades ago; his parents still call it home.

“I believe most people are in favor of progress, and no one wants to be an obstructionist to positive change,” said Haggins, a buddy of mine who now lives in Texas. “However, I am disappointed that the families that have a longstanding history of living in the neighborhood had to find out about this project via announcements in the media.”

Many of the households on winding Scott Road, which will be affected by this development, are comprised of retired and elderly individuals like his parents, he said. “If no more than out of civic courtesy, the county could have informed these households about what was being considered.”

Still, concerns about racial and economic inequity seem less likely to dog this project than the Navy Hill effort. This level of investment looms as a win for the majority-Black eastern end of Henrico.

GreenCity’s site in a less-developed area, and its financing, also appear to carry less risk than what was proposed in Richmond, says Bob Holsworth, a political analyst and former professor and dean at Virginia Commonwealth University (VCU).

“I’m not anticipating the kind of broad opposition in Henrico that emerged in Richmond,” he said. “But it’s an open question about whether arenas are a net plus and there’s likely to be discussion about how GreenCity relates to the athletic complex [mainly 12 indoor basketball courts] planned at Virginia Center Commons. And the county will have to become more committed to public transportation to ensure that all its citizens can access these opportunities.”

At the heart of the matter is what “progress” truly looks like. How much of the housing in this development truly will be affordable? Will this project ease inequity or exacerbate it?

And then there are more nuts-and-bolts questions about the viability of an arena of this size.

Lugbill likes the idea of a regional arena to host large sporting events, concerts and shows. But he doubts that our region could land an NBA or NHL franchise because of our proximity to the Washington market. Given the justified attachment of VCU and University of Richmond basketball to their enviable home courts, the question remains: Who’ll fill the seats?

Building the greenest arena in North America won’t mean much if the venue languishes.

It’s also a roll of the dice whether the hotels, housing, restaurants and office space will generate enough revenue to subsidize the arena, said Rich Meagher, an associate professor of political science at Randolph-Macon College, who also argues that the project could suck energy from developments elsewhere in Henrico, cannibalizing tax revenues.

There only are so many residents and spending dollars to go around. The fall of Virginia Center Commons and Regency Square can be traced to the rise of Short Pump Town Center. How might GreenCity affect, say, Libbie Mill?

Finally, we need to be asking what development should look like in a postpandemic America.

Two million square feet is a lot of office space. Can we assume that everyone will go rushing back into offices, hotels, shops or even arenas? Box retail was struggling even before the pandemic as shopping habits shifted online. And many of us have been working from home, calling into question the need for conventional office spaces.

“I know that we’re going to return to some form of normal, postpandemic, but is that ‘normal’ ever going to be the same?” Meagher asks.

This project merits the same level of vetting as Navy Hill. GreenCity must be sustainable in the truest sense of the word.

A rendering of the GreenCity project in Henrico County.