A Hanover County School Board member who voted to change the names of two schools honoring Confederate leaders has lost her seat on the board.

Marla Coleman, who represents the Henry District on the county School Board, will not serve a second term after the county Board of Supervisors voted unanimously Wednesday to appoint longtime federal government worker George E. Sutton to the post rather than Coleman.

The Board of Supervisors member who opted against renominating Coleman said Coleman’s lack of support for keeping the names of Lee-Davis High School and Stonewall Jackson Middle School wasn’t the reason she was ousted.

“I make decisions based on qualifications — not politics,” said Sean Davis, the Henry District representative on the Board of Supervisors.

He added about the name-change vote: “I’ve never told her how to vote. I don’t interfere with any of that.”

Coleman, a former educator and school administrator, voted alongside Ola Hawkins, the Ashland District representative, in April 2018 seeking to change the names of Lee-Davis and Stonewall Jackson.

The School Board’s other five members voted to keep the names, which 3 in 4 county residents wanted, according to a survey done at the time. That included 83% of Henry District residents, the second-highest percentage of the county’s seven magisterial districts, according to the survey.

“Our democracy does not say we can never listen to the people who will never be the majority,” Coleman said last year when the board was debating the issue.

She did not return an email or phone call Wednesday requesting comment on the supervisors’ decision. Coleman was not at Wednesday’s Board of Supervisors meeting.

Coleman was first appointed to the board in 2015 on the recommendation of Davis. She replaced Earl Hunter, who at the time was the School Board’s lone black member. Hawkins, the Ashland representative and the other vote in favor of changing the school names, is up for reappointment next year. She is currently the only African American on the board.

Before she retired, Coleman was the director of guidance at Moody Middle School in Henrico County and helped develop the DARE drug and alcohol prevention program in Virginia. The North Carolina native taught English, art and journalism in schools in Virginia and her native state, according to a 2015 article in the Mechanicsville Local.

She’ll be replaced by Sutton, a military veteran with experience in education.

Sutton was an Army officer before becoming a math teacher. He consulted part time for the Virginia Department of Education for four years, he said, and now serves on the Hanover County Veterans Memorial Committee. Sutton worked in human resources for the federal government for more than 30 years, he said.

Sutton and his wife have lived in the county for more than 40 years.

“It gives me the chance to give back,” he said of the appointment. “It’s certainly an honor to be appointed by the board.”

Besides Coleman and Sutton, there were two other candidates for the Henry District seat: veterinarian Jesper Lorentzen and lawyer Elwood Earl Sanders.

Sutton will serve alongside John F. Axselle III, who was reappointed to another term on the board Wednesday. Axselle, who represents the Beaverdam District, has served on the School Board since 1995.

“We want to continue to provide a great education and build on that,” Axselle said after he was reappointed.

Hanover is one of the few localities in the state where school board members are appointed rather than elected.

Virginia in 1992 became the last state to allow school boards to be elected if residents approved proposals in their locality. Now, according to the Virginia School Boards Association, all but 17 school districts in the state have an elected school board. Hanover and Hopewell have the only two school boards in the Richmond region that are appointed.

Efforts in 2013 and 2017 to make Hanover’s board an elected one both stalled before the question could be put on the ballot.

“An elected School Board is more accountable to the public and isn’t worried about being reappointed or pleasing their supervisor,” Rachel Levy, who was part of the 2013 movement, said Wednesday.

There is no active effort to turn Hanover’s School Board into an elected body.

The Hanover County School Board wants a raise. 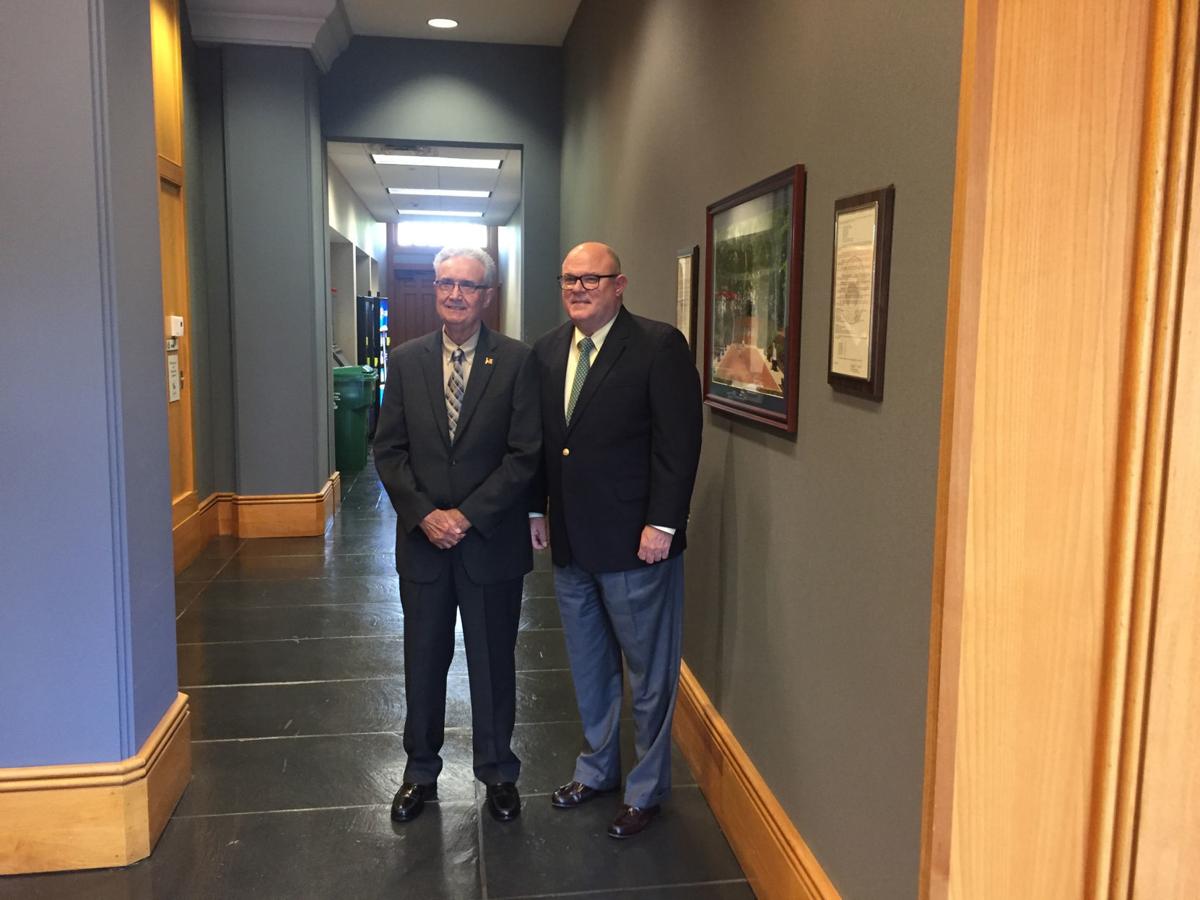 George E. Sutton (left) was named the newest member of the Hanover School Board on Wednesday. John F. Axselle III (right) was reappointed to another term. 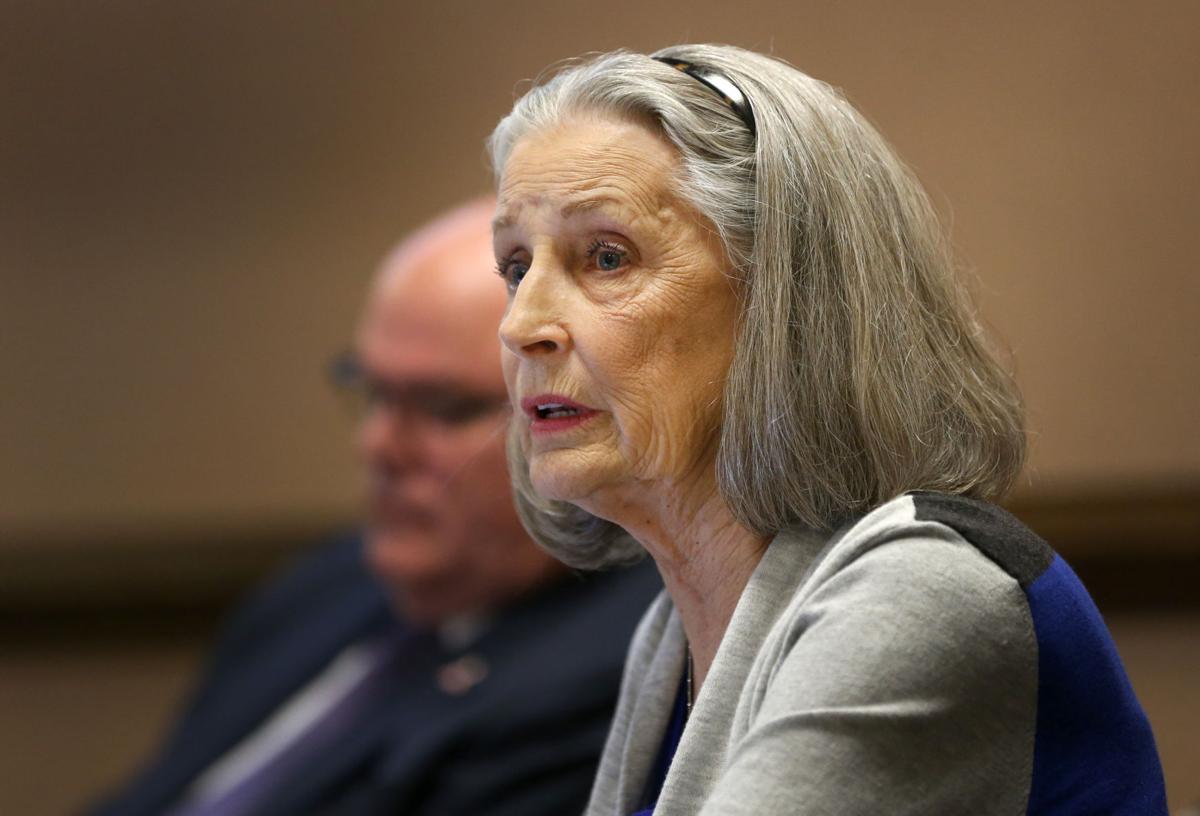