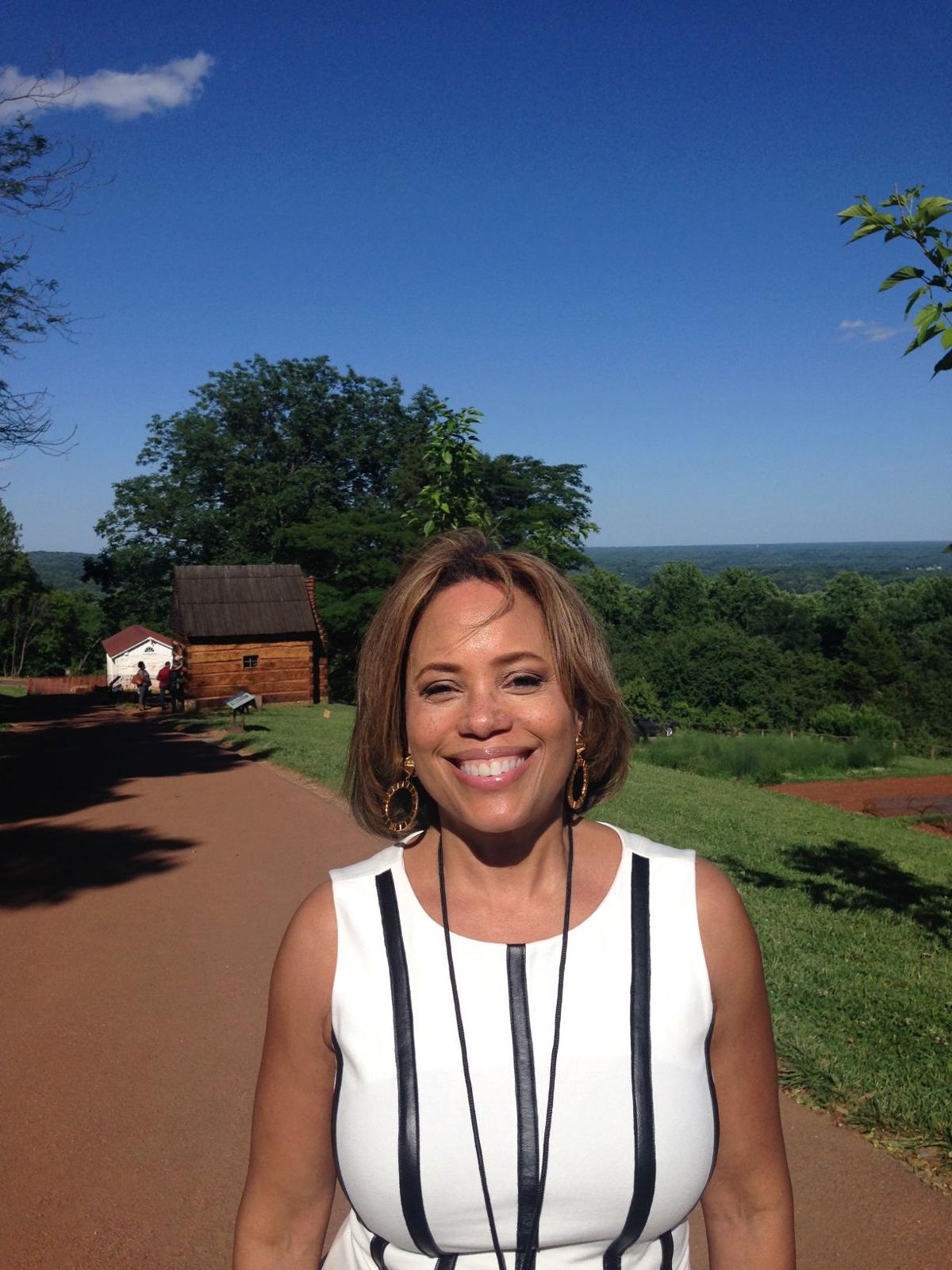 Gayle Jessup White, a descendant of the Hemings and Jefferson families, is the new community engagement officer at Monticello. 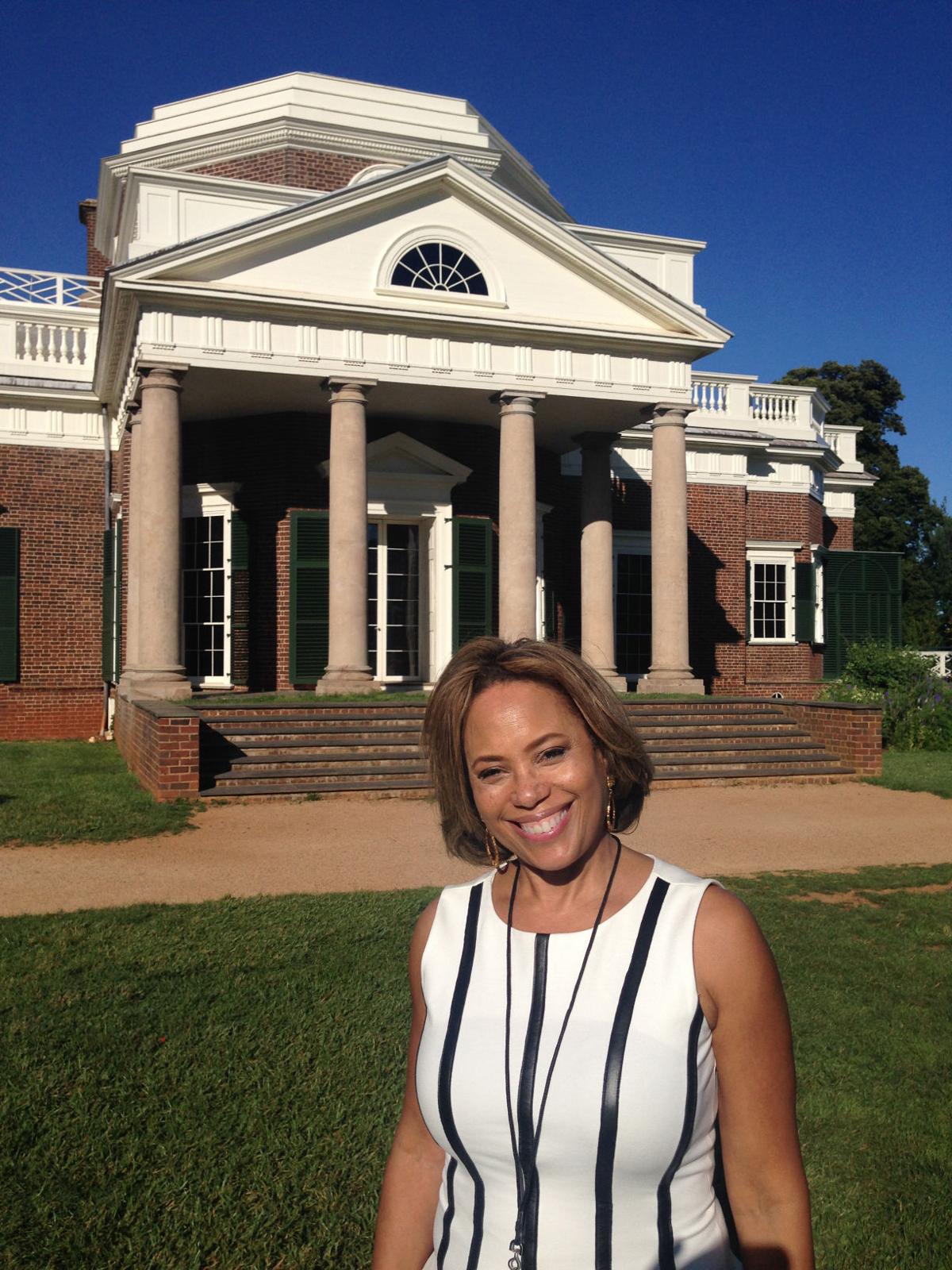 Gayle Jessup White of Henrico County, a descendant of the Hemmings and Jefferson families, is the new community engagement officer at Monticello.

CHARLOTTESVILLE — Gayle Jessup White spent four decades of her life exploring her connection to Thomas Jefferson, a passion born out of her family’s oral history that they were his direct descendants.

During the past five years, the Henrico County resident made this lore her mission, poring through photos and documents as a Jefferson Studies Fellow, pursuing DNA evidence, spending the night on the floor of the Monticello kitchen where one of her enslaved ancestors likely cooked, and singing tear-stained spirituals in the unmarked graveyard of the plantation’s black residents. She learned that she likely is not only a descendant of Jefferson, but the family of Sally Hemings as well.

“I have continued working on my family’s history and working on the history of Thomas Jefferson and his family, which is in fact my family, too,” White said earlier this week. “And quite frankly, I love Monticello. I love the work they’re doing. And the evolution that’s taken place there over the decades.”

As of this week, Monticello’s work is in fact her work, too.

In the newly created post of community engagement officer, White’s job is to forge connections between Monticello and the wider community.

Her debut coincided with Monticello’s first diversity open house, which hosted a steady stream of visitors — most of them African-American — on a sun-splashed Wednesday afternoon.

The position “is really about getting our story off the mountain,” Leslie Greene Bowman, president of the Thomas Jefferson Foundation, said Wednesday.

“We are thrilled to host (435,000) to 440,000 people a year. But we know that what we have to offer in terms of Jefferson’s ideas, and the legacy of his experience, and the stories of the 607 enslaved men, women and children who lived here, and the white workers ... there are many, many stories to tell here. And they shouldn’t be limited to those who happen to come here and take a tour.”

“Our vision is to engage a national and global audience in a dialogue with Jefferson’s world and ideas,” Bowman said. “And so rather than being passive and saying, ‘Well, come to us and we’ll give you that,’ it’s important for us to go out into our community. And that community is local, it’s national, it’s international.”

As for White, “Gayle’s a perfect fit for this position because she descends from Monticello’s people, both white and black side,” Bowman said. “And I think no one has more credibility in talking about the stories of Jefferson and his family and the enslaved families than someone like Gayle.”

The interpretation of slavery at Monticello has come a long way from a 1980 archaeological excavation of Mulberry Row — Monticello’s hilltop dwelling place of the enslaved — to the row’s restoration, which was revealed last year.

In 1993, Monticello launched Getting Word, a groundbreaking oral history project, and began offering slavery-related tours on the mountaintop. In 1998, after the publication of a Jefferson DNA study by Dr. Eugene Foster, a retired medical professor, the Thomas Jefferson Memorial Foundation formed a Research Committee that concluded there was a high probability that Thomas Jefferson fathered Eston Hemings and probably all six of Sally Hemings’s children. Lucia “Cinder” Stanton, the groundbreaking Monticello historian, has published several books on the history of slavery at Thomas Jefferson’s plantation.

But the transition toward openness about Monticello’s history has not been seamless.

“It has definitely improved over the years,” said Beverly Colwell Adams, associate professor and assistant dean in the psychology department at the University of Virginia, who was among the open house visitors who took the Slavery at Monticello tour Wednesday.

“Twenty years ago, it was rare that you could come to Monticello and even have the name Sally Hemings mentioned,” she said. When the topic was brought up, the response was couched in denial. But today, Monticello is “much more candid, much more open, much more willing to talk about it.”

Frank Dukes, a founder of University and Community Action for Racial Equality (UCARE), said Monticello and James Madison’s Montpelier “are leading the way in terms of how they’re engaging the African-American community and how they’re candid in telling the story of their enslaved population” and the impact of this legacy beyond slavery. “So I would give a lot of credit to Monticello for the way they have transformed themselves. The way they have made outreach to the African-American community.”

As for White’s position, “on the face of it, it sounds great. It sounds fantastic.”

Edwina St. Rose, a Charlottesville native, knows White through their shared membership in Central Virginia History Researchers. Monticello’s relationship with the Charlottesville area’s black community “certainly can be improved, and I hope that will happen under (White’s) stewardship,” she said.

White says Monticello can be a wonderful resource for the African-American community in Charlottesville, a city for which she professes an affinity. “After all, this is where my people were. They lived in Charlottesville after the war. So I feel I have a historical association with the community.

More recently, DNA matches and research by Stanton and White indicate that Sallie Hemmans — White’s great-great grandmother — was the daughter of Peter Hemings, an older brother of the famous Sally Hemings.

She does not come by this legacy lightly.

“Of course there’s a lot of pain. But I think we need to look at that pain without fear and face it head on. And not be ashamed or afraid or angry to explore history. And use this information to help us move forward ... to find common ground,” White said.

“It helped make me whole. As I said earlier, I feel like I owe a great deal to my ancestors, and that they live in me, are a part of me. But I didn’t know who they were and what their lives were like. Understanding them helps me understand who I am.”

And the timing could not be more perfect for the collision of person and place. “The time is right for a person with my background, my commitment to Monticello, my narrative, to work with this foundation to help tell a very complete story of what Monticello represents,” White said. “And it’s not just Jefferson. It’s so much more.”

On her first day on what amounts to a dream job, she was asked whether she planned to make the commute from the Richmond area to Monticello every day.

“Oh yeah,” she replied. “Because every day, I have an opportunity to walk in the footsteps of my ancestors.”

Gayle Jessup White, a descendant of the Hemings and Jefferson families, is the new community engagement officer at Monticello.

Gayle Jessup White of Henrico County, a descendant of the Hemmings and Jefferson families, is the new community engagement officer at Monticello.