In the face of illness, Adele Johnson led the Black History Museum with strength and grace
0 comments
Share this
1 of 2 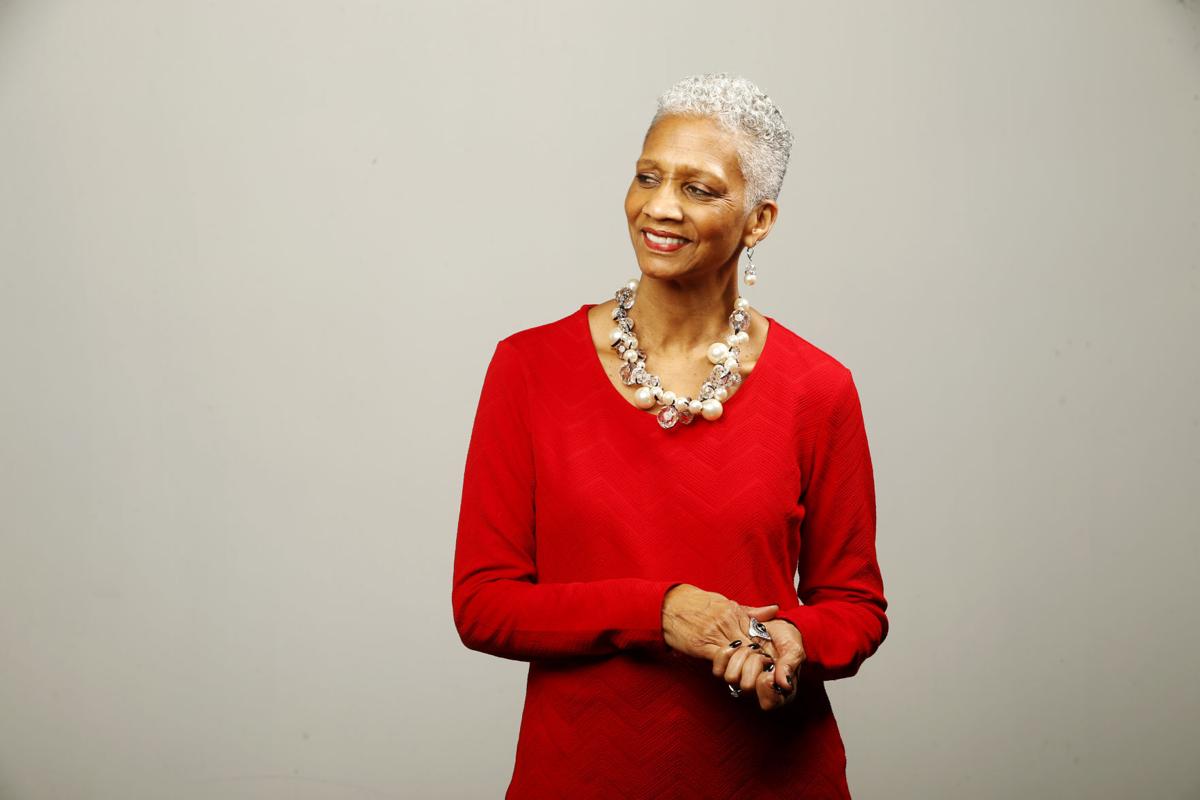 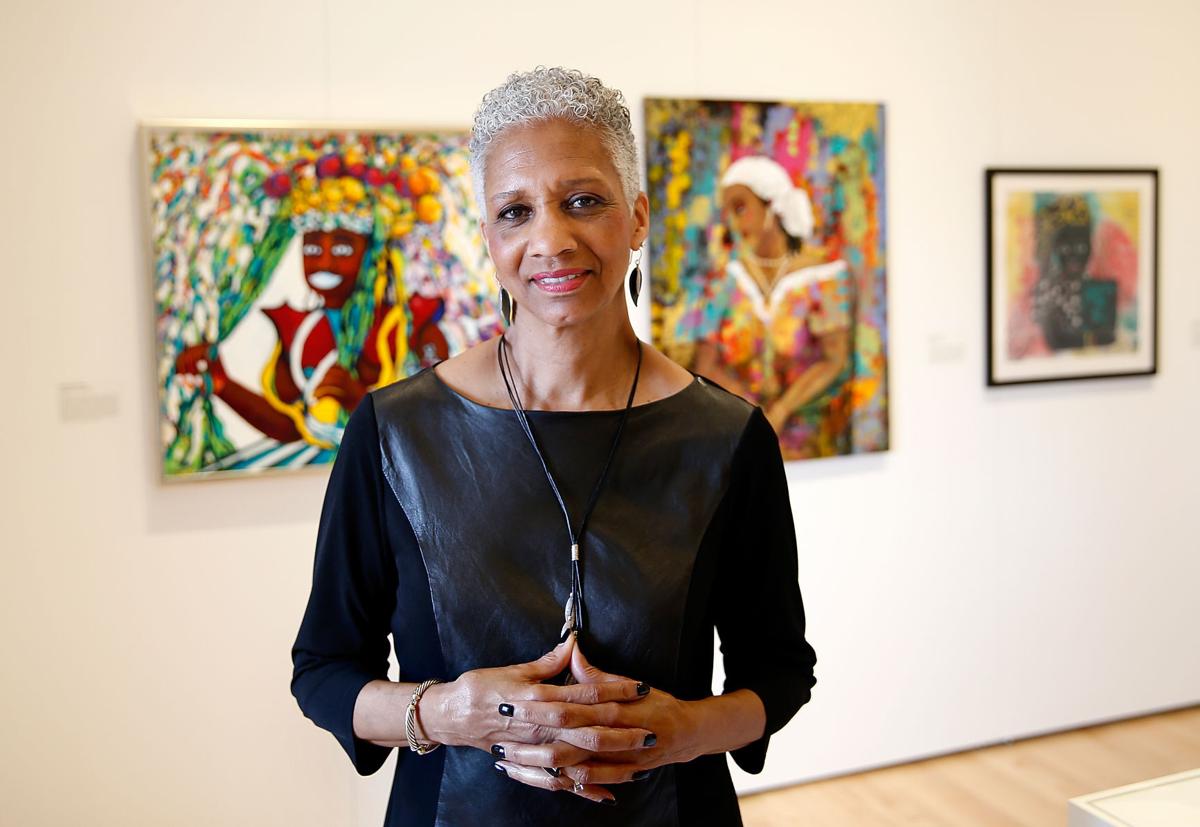 Adele Johnson was described as the epitome of grace as she went about the task of running a resource-strapped Black History Museum with two full-time and two part-time employees, including herself. She died at home of pancreatic cancer.

In the midst of a pandemic, as she waged her own quiet battle with terminal illness, Adele Johnson took time to lift up a bereaved employee at the Black History Museum & Cultural Center of Virginia.

Mary Lauderdale had lost her brother to COVID-19. “She took the time to call me and send a note about my brother, and she’s going through all of this,” recalled Lauderdale, the museum’s operations and visitor services manager.

“Her leadership in taking the museum to the next level has been a breath of fresh air,” said Lauderdale, whose tenure at the museum dates back a quarter-century as a volunteer.

“Her spirit will always be there.”

From Jackson Ward to Richmond City Hall to the Executive Mansion, similar tributes rolled in on behalf of Ms. Johnson, who was uniformly described as the epitome of grace as she went about the challenging task of running a resource-strapped museum with two full-time and two part-time employees, including herself.

Gov. Ralph Northam — who museum board chairman Dr. Monroe E. Harris Jr. called crucial in sustaining the museum during the pandemic — described Ms. Johnson as “a true partner in our work to tell the truth about Virginia’s complex past.”

Mayor Levar Stoney called her “a passionate champion of our city’s Black history and culture.”

Bill Martin, executive director of The Valentine, said Ms. Johnson led “with strength and elegance” and elevated the local museum community with her spirit of collaboration and engagement.

Ms. Johnson became interim executive director of the museum in March 2017 after a stint as a consultant there. Brought on to lead a national search for a permanent director, she ultimately became the museum board’s choice, succeeding Tasha Chambers.

Her background was corporate: The New Jersey native had previously been executive director of the Richmond Public Schools Education Foundation, community relations director at Capital One, and president of the Virginia Minority Supplier Development Council. Her passion for telling the untold or undercelebrated stories of Black people would become her hallmark; an unflappable, dignified grace, her trademark.

That trademark was on display in a video celebrating her as one of the Richmond Times-Dispatch’s 2021 ”Strong Voices,” as she recounted a childhood experience with her parents that landed them in the “colored” section of an Alabama diner:

This experience has stayed with me for these many years. I remember observing everything around me so closely — especially my mother. Think of the split-second decision she had to make. Think about how you would care for a hungry child, soothe an angry husband, model dignified behavior for onlookers and weigh your safety. Think about how you would defend your family’s dignity and your life if necessary.

Since that day, I have marveled at the many women — Black women in particular — who make these same decisions on a daily basis. At the Black History Museum & Cultural Center of Virginia, I have learned many stories about our ancestors who inspire us through their courageous decisions.

“When I think of Adele Johnson, two words instantly come to mind: regality and grace,” said Enjoli Moon, who collaborated with Ms. Johnson through Moon’s Afrikana Film Festival and The JXN Project with Moon and her sister, Sesha Pritchett-Moon. “No matter the circumstance, she was always open to fresh ideas and supportive of creative ways to bring people together.”

“She loved to have new and old visitors come to the museum, learn something about history, and share their experiences with others. Her leadership brought new energy to the museum and a renewed vision for the future.”

But by March, Ms. Johnson’s declining health dictated that the board begin a search for a new director.

“She hung in there, literally, as long as she could and this past month has been pretty tough,” said Harris, who likened her death to that of a family member.

“I would say she brought her tremendous talents as an administrator, as a visionary person that could articulate the mission of the museum and be able to communicate that in a way that people could support,” he said of her legacy.

When Ms. Johnson took over, the museum was not yet two years settled into its new space in the Leigh Street Armory after spending most of its history at 00 Clay St.

Recently, the museum had been preparing for its 40th anniversary celebration next February. Ms. Johnson had been part of that until her health would no longer permit it. During the museum board’s last virtual meeting in March, Harris informed the board that Ms. Johnson would not be able to continue and that it would have to transition toward a new director.

“We had started that with the public acknowledgment last month that Adele would be retiring hopefully by the end of May,” Harris said. “I was hoping she would hang in there a little bit longer so we could send her off in a way fitting to the hard work and dedication she has shown.”

Harris, who is also president of the board of trustees at the Virginia Museum of Fine Arts, said no one could have done the job Ms. Johnson did with her limited staff and budgetary constraints. Lauderdale attributed that to Ms. Johnson’s workaholic tendencies — a trait confirmed by her husband, Billy Cooper.

Ms. Johnson had taken to leaving a notepad on her bedside table “to jot down ideas,” Cooper said. “She just couldn’t get the museum off her mind.”

Her dying wish, he said, was “that people remember her by being intentional about supporting the Black History Museum.”

Adele Johnson was described as the epitome of grace as she went about the task of running a resource-strapped Black History Museum with two full-time and two part-time employees, including herself. She died at home of pancreatic cancer.