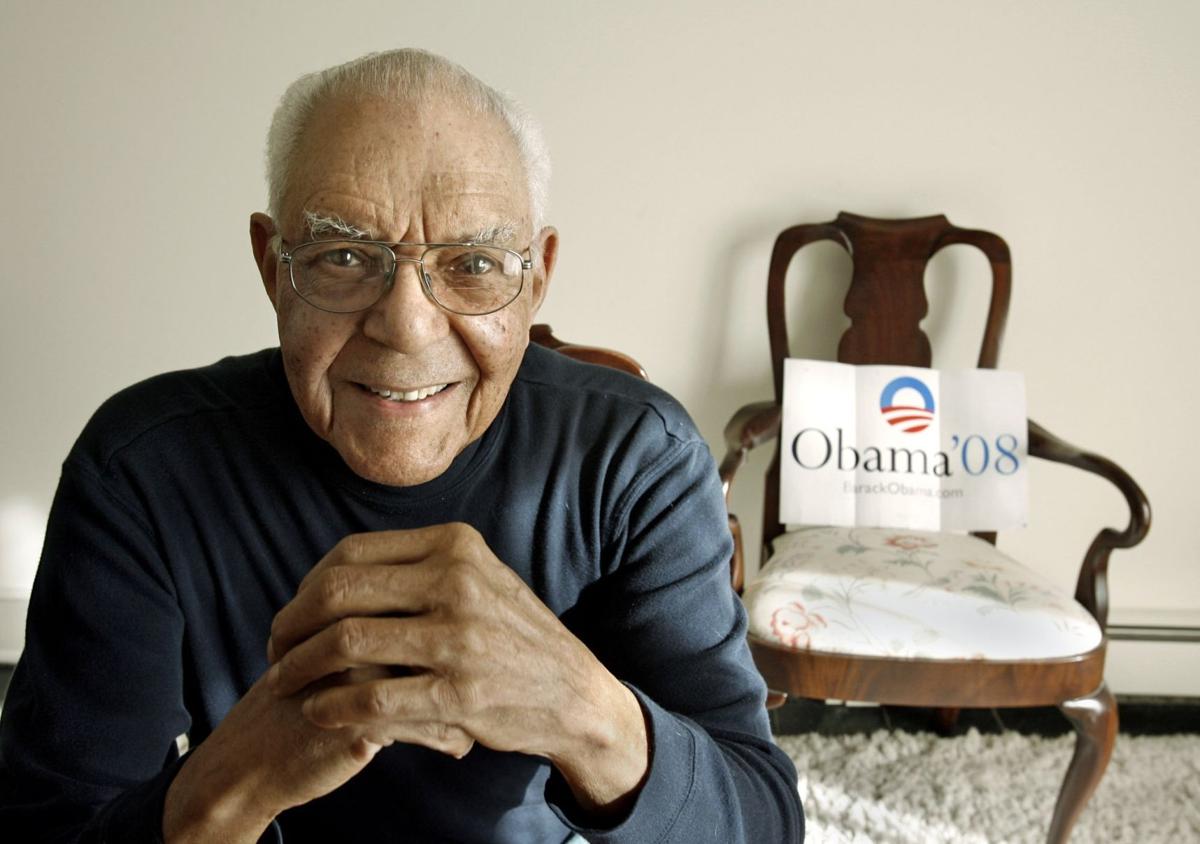 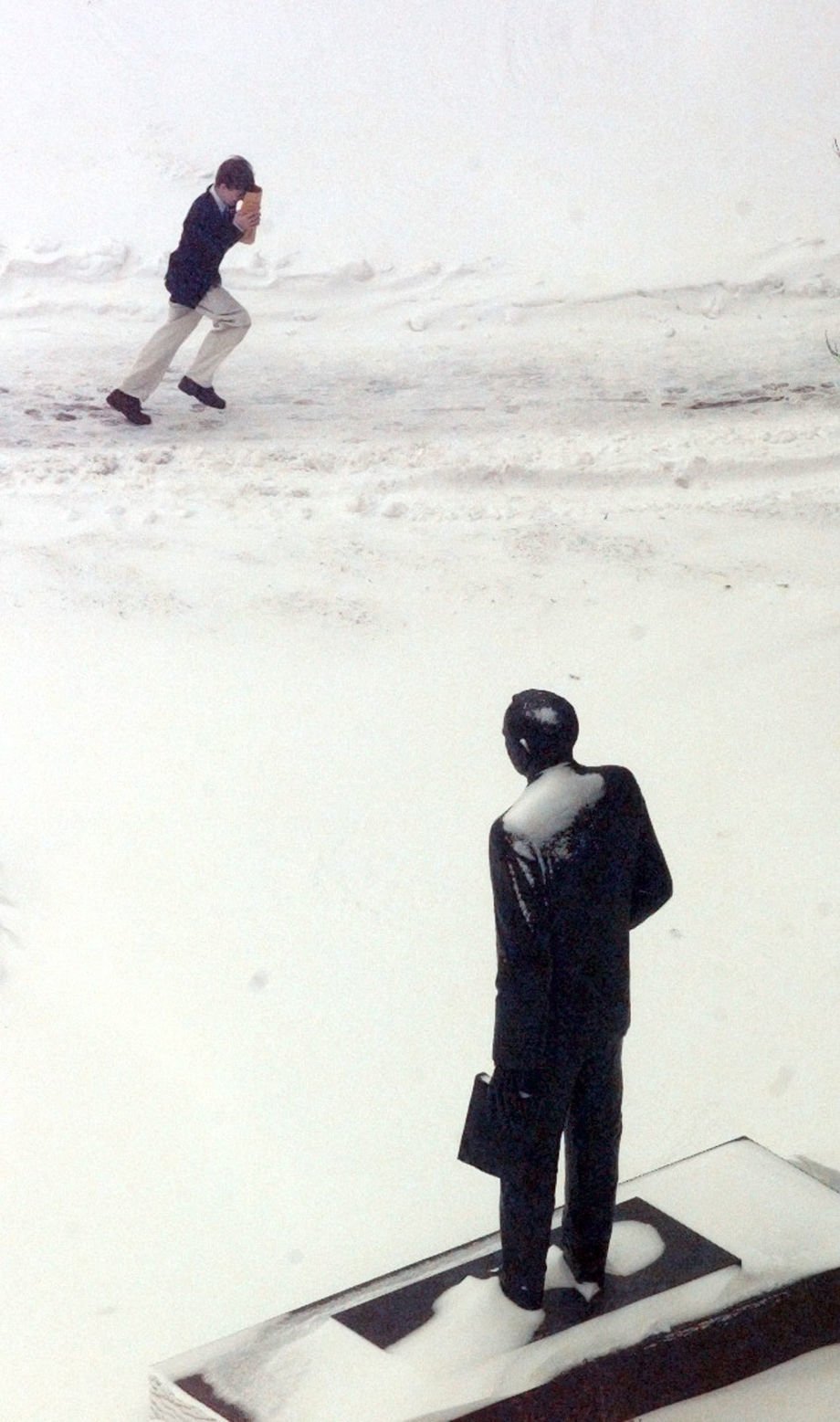 The statue of Harry F. Byrd, Sr., foreground, stands in Capitol Square in Richmond, VA, Tuesday, Jan. 25, 2000 as a House of Delegates page runs through the heavy snow that hit the area. 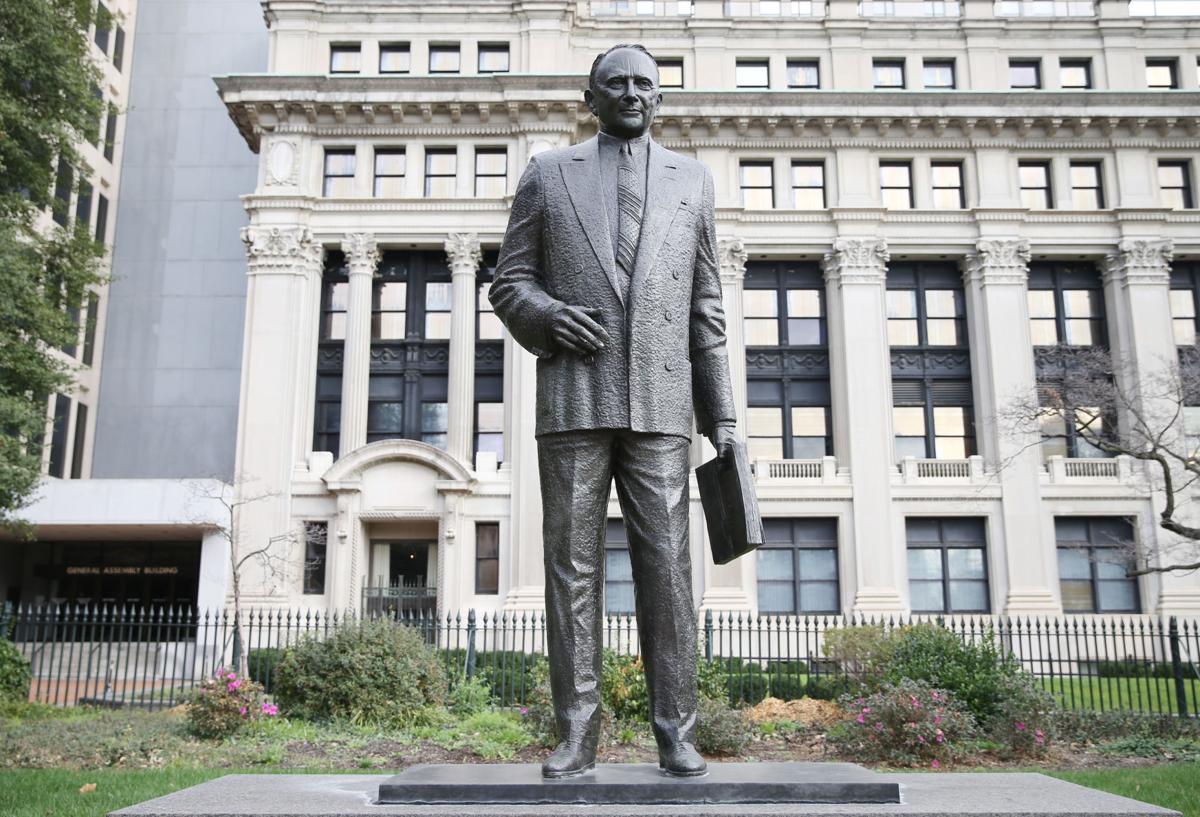 The statue of Harry Flood Byrd Sr., the architect of Massive Resistance, has stood in Capitol Square since 1976.

Thanks, but no thanks.

Dr. William Ferguson Reid, who in 1967 became Virginia’s first African American elected to the state legislature in the 20th century, wants nothing to do with a statue of himself in Capitol Square, as I suggested in a recent column, if it means the statue of Harry F. Byrd Sr. remains there.

For him, there’s not enough context to justify the architect of Massive Resistance maintaining a place of honor in the square. Phoning me Monday from his home in Los Angeles, he made it clear that the indignities he and other Black Virginians suffered at the racist hands of Byrd and his political machine remain raw in his memory.

“I still think about the poll taxes,” said Reid, who will be 96 in March.

He also recalled the hand-me-down books foisted on Black schoolchildren and other relics and back-of-the-bus humiliations of the Jim Crow era.

“I don’t think I’ll ever get over that,” he said. “My skin crawls every time I think of it.”

He doubts that a plaque or any other context at Byrd’s statue effectively could convey the harm he caused and refute his legacy.

By the end of our conversation, I shared his doubts.

This past week, I wrote: To maintain Confederate statues on Monument Avenue is to promote the lie of the Lost Cause. But to remove Byrd from Capitol Square is to hide an ugly truth about the history of Virginia government.

But now, I’m thinking that truth might be too ugly for public-space consumption, and that any attempt at context would have the effect of wallpapering an atrocity.

On Jan. 27, the Virginia House of Delegates passed a bill that would remove Byrd’s statue. The measure must clear the state Senate before it goes to Gov. Ralph Northam.

In questioning the removal of the statue, I made a historical miscalculation in underestimating its lingering power, and the subtleties that distinguish it from monuments to Confederates and slaveholding Founding Fathers of this nation.

The legacy of our ancestors’ enslavement still resides in our DNA, sapping our mental and physical well-being. But none of us experienced that subjugation firsthand.

Reid’s generation lived through the dehumanization that Byrd perpetuated, and fought it — Reid as a co-founder with the late John Mitchell Brooks and Dr. William S. Thornton of the Richmond Crusade for Voters. That organization seeded the Black political empowerment that resulted in Richmond’s first Black majority City Council, Richmond’s first Black mayor and the nation’s first election of an African American governor, Virginia’s L. Douglas Wilder.

As a 90th birthday present to Reid, a group of Chesterfield County women — at the urging of his son, Fergie Reid Jr. — began a drive to register 90 new voters in each Virginia precinct. The younger Reid suggested that the “90 for 90” tribute and website would be substantive icing on his father’s birthday celebration.

Still, I maintain that Reid and the Crusade’s legacy remain undercelebrated.

Del. Elizabeth Guzman, D-Prince William, attempted to remedy that in part during the 2018 General Assembly session with a resolution that recognized Reid’s civic and political contributions and expressed support for a placement of a monument in his honor on Monument Avenue.

The bill failed to get out of a House committee.

As for Reid and his Crusade cofounders taking Byrd’s place in Capitol Square, “That’s not an even trade,” Reid said Monday. “I think that we contributed more than he did.”

No doubt about that. In fact, Reid and others dedicated much of their life to undoing Byrd’s damage.

After all, Byrd called integration “the gravest crisis since the War Between the States.” And he vocalized the sex-based panic behind school segregation in saying: “What our people fear most is that by this close intimate social contact future generations will intermarry.” He also pronounced that law enforcement should be “by the white people of this country.”

With Byrd, there’s too much ugly historical subtext to cover outside the confines of a museum. However heartened we were by the recontextualization of the Lee monument space, the fact remains that a bronze monument in a public space venerates the subject.

I was wrong. Reid is right: Context, where Byrd is concerned, has its limits. I’m not going to argue about how this war should be remembered with someone who fought on the front lines.

For those who experienced Byrd’s racism firsthand, his statue is beyond redemption. Bring on the crane.

Parenting Q&A: My teen keeps giving up. How can I help him stick with things?

QUESTION: Can you teach a young teen how to keep at something, even if it’s “boring” or “hard”? My 13-year-old eighth-grade boy gives up at th…

The statue of Harry F. Byrd, Sr., foreground, stands in Capitol Square in Richmond, VA, Tuesday, Jan. 25, 2000 as a House of Delegates page runs through the heavy snow that hit the area.

The statue of Harry Flood Byrd Sr., the architect of Massive Resistance, has stood in Capitol Square since 1976.