Williams: 'If you love the Declaration of Independence, you have to thank Black people.' They helped shape that moment.
0 Comments
Share this
Michael Paul Williams

In November of 1774 — six months before shots were fired at Lexington and Concord — James Madison reported that enslaved people in a neighboring Virginia county had met to choose a leader for when the British troops arrived.

As American patriots prepared to wage a war for their liberty from the British crown, the enslaved weighed which side offered the best prospect for their personal freedom, acting accordingly and dramatically.

Far from being bystanders in the Declaration of Independence, Black people in America — free and enslaved — played a pivotal part in the leadup to its signing and a defining role in how we view that document today.

“If you love the Declaration of Independence, you have to thank Black people,” says Woody Holton, a history professor at the University of South Carolina and the son of former Virginia Gov. Linwood Holton.

Long estranged from this holiday born during my ancestors’ enslavement, I embraced the new Juneteenth national holiday last month as our true independence day.

But my phone interview with Holton has me viewing the Fourth of July with more pride and less detachment. Our ancestors’ fight for freedom presaged America’s and gave true meaning to the sanctimonious pronouncements of enslavers.

The truth: The nation’s founders had little interest in breaking free of Britain in the fall of 1774, Holton said. They merely wished to “turn back the clock” to a dozen years earlier, before a more aggressive Parliament imposed such irritants as the Stamp Act and tea tax. Enslavers in the colonies — eager to bolster the domestic slave trade and fearful of a violent rebellion — were unhappy with Britain’s continued participation in the transatlantic slave trade. “They had it in their head that people born in Africa, who had tasted freedom, were more dangerous than those born here.”

The enslaved on this continent were paying attention to the brewing beef between the colonists and the crown.

“Before whites are fighting each other, enslaved people could see that white people were screaming at each other, and likely to be fighting soon. And they said, ‘This is it. This is our opportunity,’” Holton said.

In the South, they gambled that the British were more benevolent than the colonial enslavers they knew all too well. By April 1775, the enslaved in Virginia were knocking on the door of the governor’s palace in Williamsburg, offering their services as British soldiers in exchange for freedom.

Gov. Lord Dunmore, an enslaver, “turned them away, and said if they came back, he would whip them,” Holton said.

When Joseph Harris, an enslaved harbor pilot, escaped captivity, he was welcomed by a British ship captain who needed Harris’ skills and took him onto his crew. Months later, Harris would take part in the October 1775 Battle of Hampton.

Dunmore’s belligerence toward enlisting the enslaved shifted as relations worsened between him and the colonists and he needed to bolster his ranks.

He formed his “Ethiopian Regiment” of Black people who had escaped enslavement to side with the British. On Nov. 15, 1775 at the Battle of Kemp’s Landing (now part of Virginia Beach), this regiment of Black Loyalists, with “Liberty to Slaves” inscribed on their uniforms, defeated an all-white Princess Anne County militia whose commander was captured by one of the men he had enslaved, Holton said.

The next day, Dunmore “did exactly what Lincoln did: He waited for a victory to issue his emancipation proclamation,” Holton said. “It said, ‘If you can get to me, and are willing and able to bear arms for your king, I will free you.”

Thousands took him up on the offer.

“White Southerners like Jefferson and Washington might never have declared independence from Britain had it not been for the activism of Black Virginians, and that’s true on the Southern-wide scale,” said Holton, whose father’s legacy as governor during the early 1970s was to usher Virginia out of its segregationist past.

Indeed, an infuriated Archibald Cary of Chesterfield County wrote: “Men of all ranks resent the pointing of a dagger to their Throats thru the hands of their slaves.”

Ultimately, the Declaration of Independence would include this passage about King George III: “He has excited domestic insurrections amongst us.”

That’s a reference to the enslaved, Holton said.

Meanwhile, up North — where Holton says Black people generally cast their lot with the Patriots — the 1st Rhode Island Regiment enlisted the enslaved within its ranks. And a free Black soldier named Lemuel Haynes exerted his influence on how the Declaration of Independence would be forever viewed.

The founders were intent on penning a document of secession from Britain and telegraphing to France their desire for military aid, which would not arrive for another two years.

But Haynes — an indentured servant until he was 21 — viewed the founders’ words through a different lens.

In 1776, he wrote “Liberty Further Extended: Or Free Thoughts on the Illegality of Slave-keeping,” a pamphlet that opened with what would become the most memorable and aspirational passage of the Declaration of Independence: We hold these truths to be self-Evident, that all men are created Equal, that they are Endowed By their Creator with Ceartain unalienable rights, that among these are Life, Liberty, and the pursuit of happyness.

“He shifted the spotlight,” Holton said. “It was African Americans and whites who opposed slavery, and then it was women’s rights activists, who transformed the meaning of the Declaration of Independence from a states rights document to a human rights document.”

America does not emphasize this history, in part because of the foundational role of slavery, a chapter this nation tries mightily to minimize. We note the hypocrisy of enslaver Patrick Henry’s “liberty or death” speech, but don’t dwell terribly long on it.

This telling of events by Holton, who cites African American historian Benjamin Quarles’ 1961 book, “The Negro in the American Revolution,” also gives Black people — including the enslaved — an agency that white supremacy does not abide.

Generations of school kids were poisoned with a propaganda that depicted Black people as content in their oppression and nonparticipants in their freedom.

Right-wing forces are attempting to keep out of our classrooms discussions of America’s systemic racism, and reject the idea that our nation is built on a foundation of oppression. But the issue of slavery was not only pivotal in the Civil War, but the Revolutionary War as well. Perhaps if generations of Americans had been taught a more honest version of history, we wouldn’t have insurrectionists attempting to torch our democracy while waving U.S. and Confederate flags interchangeably.

Those self-evident truths in our founding document are under assault from a barrage of hate and lies. To preserve and enhance what we celebrate today, we must declare our independence from injustice, bigotry and hate.

Let’s resolve to create a nation worthy of its most eloquent words. 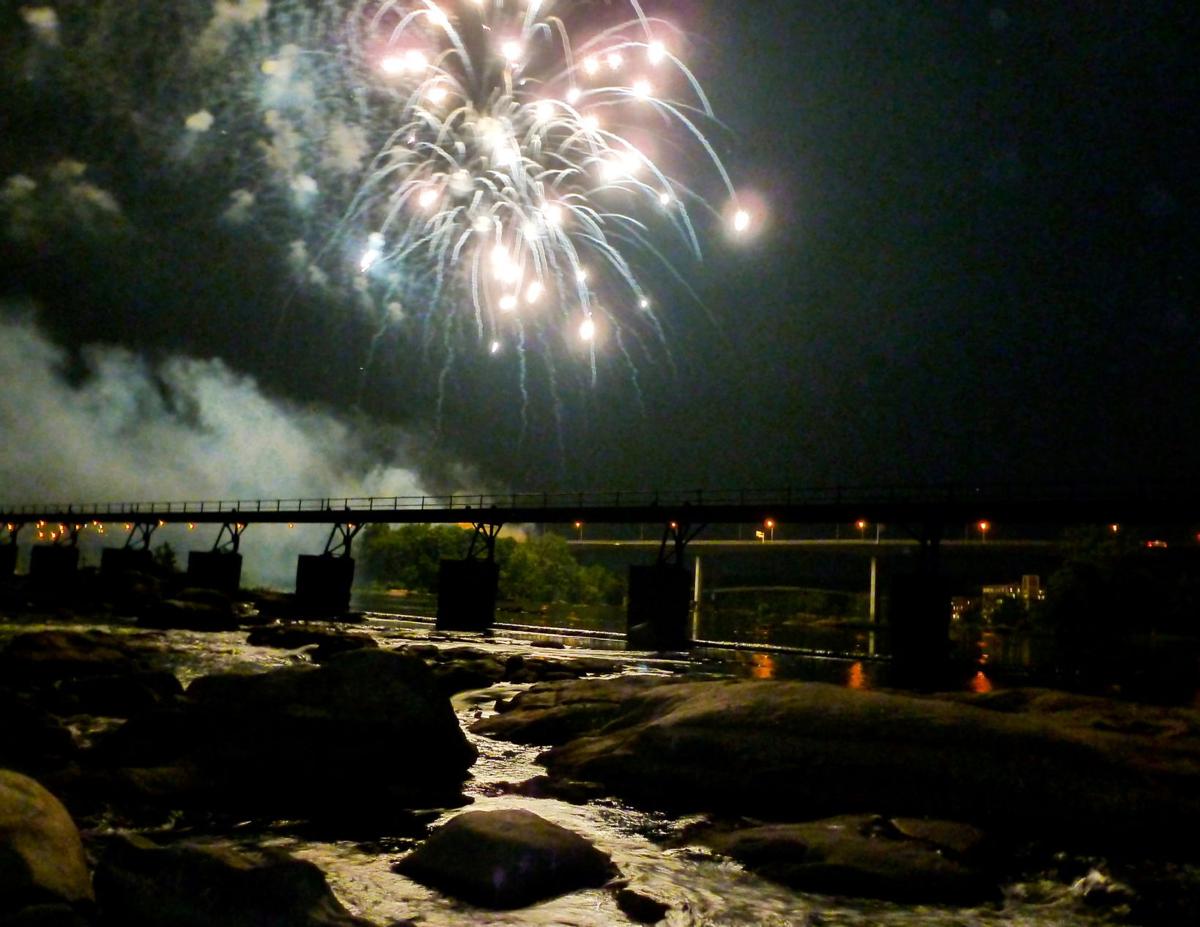 Fourth of July Fireworks Over the James River (Richmond, 2015) by Tricia Pearsall 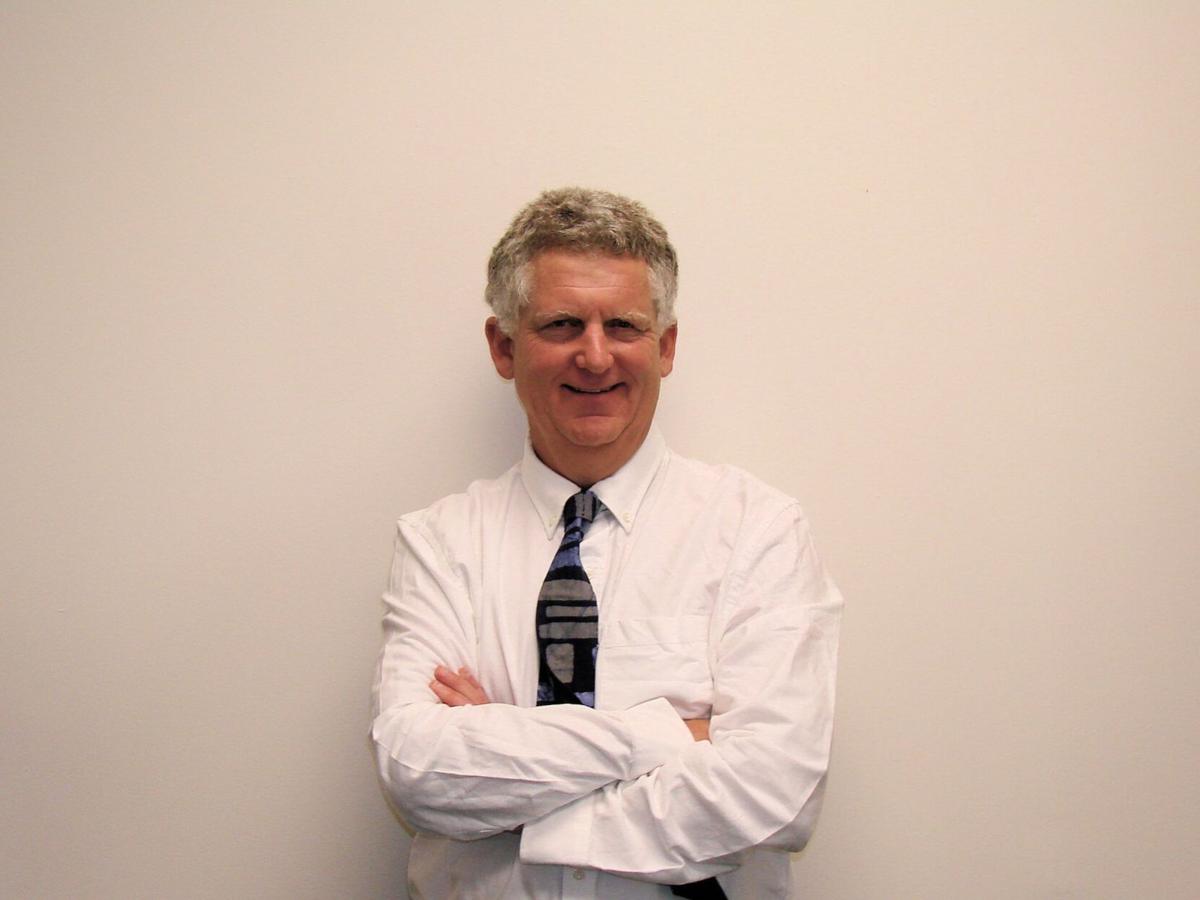