Williams: Want to know how the monuments came down? A new documentary by a Richmond couple will show you.
0 Comments
Share this
1 of 5

Richmond protests in the summer of 2020 frequently convened around the Lee monument, a site that for many who demanded change reflects the sustained presence of white supremacy in this city and beyond. 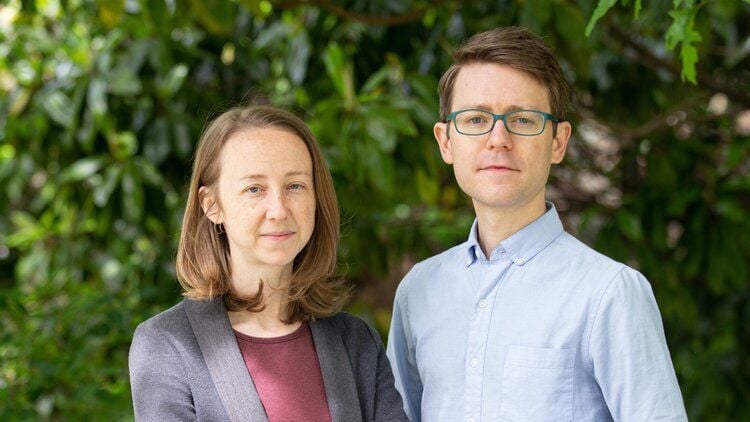 A street sign in the Fan neighborhood was spray-painted “George,” intersecting with Floyd Avenue, during the uprising for racial justice in summer 2020.

Members of the press and residents document the moment as a crane lifts the statue of J.E.B. Stuart off its pedestal.

Black and white men stand in front of and behind the Lee Monument in 1890 before it was installed and unveiled to the public.

Several years ago during a visit to Brooklyn, filmmakers Hannah Ayers and Lance Warren tried explaining Monument Avenue to flabbergasted friends, who reacted as if told that space aliens live among us in Richmond.

“I remember we talked about will they ever come down,” Warren said. “I remember saying, ‘I can’t imagine it happening in our lifetimes.’ It just seemed beyond the realm of the possible.”

But the protests that followed the Memorial Day 2020 murder of George Floyd by a Minneapolis police officer expanded the realm of what could and should be. Ayers and Warren lived three blocks from Monument Avenue, an epicenter of the Richmond protest scene.

The result was ”How the Monuments Came Down,” a collaboration of their Field Studio, VPM and the Virginia Film Office. The documentary will be the subject of a pre-screening panel discussion Thursday evening at Maymont Park. It airs locally at 8 p.m. July 1 on VPM PBS and nationally on the WORLD Channel in September.

The film’s media packet includes praise from Hasan Kwame Jeffries, a history professor at The Ohio State University, who said it “takes us on a journey from slavery to freedom to the present, unraveling the complex history of race, racism, and resistance in the capital of the Confederacy with pace and purpose.”

Indeed, the film is a national story through the intimate lens of Richmond history.

He hopes viewers will reflect on the heralded and relatively obscure figures of Black resistance featured in the film.

“We shouldn’t just look up at the monuments. We should look down at the people below them ... who have been fighting not just against the statues, but against what they stood for.”

Field Studio’s story advisers were Christy Coleman, former head of the American Civil War Museum; Julian Maxwell Hayter, an historian at the University of Richmond; Enjoli Moon, founder of the Afrikana Film Festival, co-founder of The JXN Project and assistant curator of film at the Institute for Contemporary Art at Virginia Commonwealth University; and Joseph Rogers, a public historian at the American Civil War Museum and a progressive organizer. Former National Teacher of the Year Rodney Robinson is working on a Richmond Public Schools curriculum to accompany the 88-minute film.

“How the Monuments Came Down” features a vast assortment of archival images and interviews with a diverse array of Richmonders, including this columnist.

The Emmy-winning filmmakers pitched their idea to VPM on June 1, 2020; by June 12, the public media outlet agreed to fund it.

“Three hours after that, we had cameras in the field,” filming protests, Warren said. Most of the 30 interviews were conducted in late July, outdoors to work around the pandemic, amid regular nightly street protests.

“We wanted to get right to it. Because we wanted to interview people while all the history that was unfolding was still fresh, and while people’s response to that deeper history was going to be very charged and shaped by what was happening every day and every night in Richmond,” he said.

All of this was done amid a sense of urgency, Ayers said.

“Although it’s a historical documentary, it’s also a document of the moment, of that summer,” she said.

Indeed, the graffiti has been removed from the bare monument pedestals. Who knows how much longer the pedestals will remain?

“The film ends up being somewhat of a time capsule of that time, visuals that will never be seen again,” Warren said.

Beyond the visuals, attitudes have shifted or hardened. That expanded realm of possibility might be shrinking again.

The first interview we see in the film is with Melody Barnes, a former adviser to then-president Barack Obama and a Black woman who resides on Monument Avenue.

“The monuments have been been here all of my life, all of my father’s life, my grandmother’s life,” she says. “And the idea that we are now awake to something different gives me a sense of hope, even though it has been hundreds of years in the making, that change is afoot.”

That change could be as ephemeral as the graffiti on those pedestals. It’s our obligation to make this more than a moment.

As musical performances and food truck aromas filled the air, Maymont was a mixture of glee and reflection on Wednesday night as more than 700…

Richmond protests in the summer of 2020 frequently convened around the Lee monument, a site that for many who demanded change reflects the sustained presence of white supremacy in this city and beyond.

A street sign in the Fan neighborhood was spray-painted “George,” intersecting with Floyd Avenue, during the uprising for racial justice in summer 2020.

Members of the press and residents document the moment as a crane lifts the statue of J.E.B. Stuart off its pedestal.

Black and white men stand in front of and behind the Lee Monument in 1890 before it was installed and unveiled to the public.