Williams: What can Germany teach us about confronting our history? Fulbright recipient Mallory Noe-Payne is about to find out.
0 Comments
Share this
1 of 2 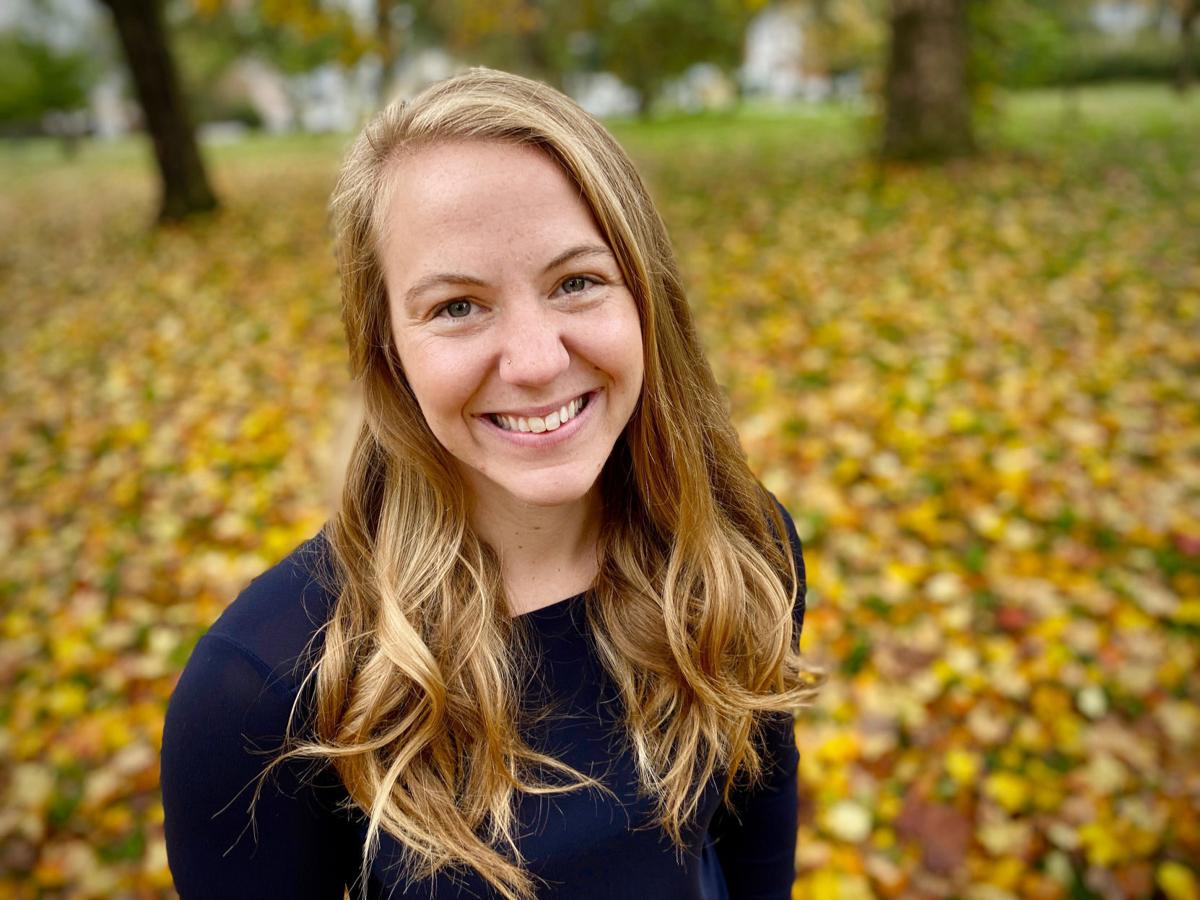 Mallory Noe-Payne, Richmond reporter for Radio IQ, is the recipient of a Fulbright Young Professional Journalist Grant to examine how Germany and the U.S. have confronted their national sins.

Her hometown paved over its most painful history. Germany inscribed its horror stories in brass and laid them in cobblestones.

Public radio journalist Mallory Noe-Payne will explore those divergent paths toward historical memory next year as a Fulbright Young Professional Journalist. The Richmond reporter for Radio IQ will move to Munich in January for her project, “Memory Wars: How to Move Forward by Confronting the Past.”

For Noe-Payne — who covered the August 2017 white supremacist rally in Charlottesville and the more recent demonstrations for social justice on Monument Avenue — the idea came quickly for her grant application to undergo a project in Germany.

“It popped into my head, and the moment it did, it seemed so obvious,” Noe-Payne, 30, recalled Thursday. “It was one of those things that just, like, smacked me.”

As a reporter, she’d been immersed in our local conversations about the paradox of placing on pedestals Confederate leaders who fought to keep Black people enslaved, even as Richmond only has tentatively and inadequately commemorated the horrors of slavery.

“You hear kind of casual references all the time. Like, the number of times I’ve had someone say to me, ‘You don’t see any statues of Hitler still up in Germany.’

“That connection is there in people’s minds,” Noe-Payne said, citing the book “Learning from the Germans. Race and the Memory of Evil,” by Susan Neiman.

Lest anyone be inclined to dismiss any association of Virginia and Nazi Germany, know this: Virginia’s embrace of eugenics, and the state’s Sterilization Act of 1924, was a template for Nazi Germany. But Noe-Payne says she received a bit of pushback from scholars who wondered, in vetting her proposal, if the comparison was fair.

That reluctance might explain in part why we have a Holocaust Museum in Shockoe Bottom but no suitable memorialization of the Shockoe Bottom domestic slave-trading market that was the second largest in the nation.

She adds: “I wish that we could see it for the opportunity that it is: the role Richmond could play in being an international leader in important reconciliation work.”

Noe-Payne hopes her vantage point from Germany will allow her to provide a better perspective for Virginians and Americans to see their most painful history with more clarity and contrition — “how another society has done it, has done better at collectively facing and acknowledging their own sin.”

A two-year stint as a public radio producer in Boston opened Noe-Payne’s eyes about her home state. Hearing New Englanders speak disparagingly about Virginia and the South made her feel defensive. But also it led her to think more critically about her hometown’s history.

Growing up in Varina, and attending Maggie L. Walker Governor’s School, she had given little thought to Confederate monuments that for her blended into the landscape. The Civil War history she absorbed was taught at a distance that belied her proximity to it. “It made me more excited to come home and to learn about the place [where] I grew up, with new eyes.”

Noe-Payne has spent time in Germany before, for work and for pleasure. Her great-grandmother immigrated to Richmond from Germany in the late 1800s. On leave from her job for a year, she will be working with Professor Andreas Etges at Ludwig Maximilian University in Munich, serving as a guest lecturer in his American History classes.

In Germany, Noe-Payne will not be seeing towering monuments to the Third Reich. Instead, she’ll be stepping over Stolpersteine, or “stumbling stones” — the engraved names and life dates of victims of Nazi persecution and extermination, a project by German artist Gunter Demnig.

There are about 75,000 Stolpersteine embedded in the pavement near where the victims last resided.

She noted that none of these memorials are in Munich, which stated its preference for another form of commemoration. As Richmond was the capital of the Confederacy, Munich was a hub of Nazism.

Imagine the cobblestones of Shockoe Bottom, or the paving stones of Monument Avenue, inscribed with the names of the enslaved. If Germany can reach that level of collective remorse, empathy and honesty, why can’t we?

“There’s a phrase in German public knowledge called ‘the memory wars,’” Noe-Payne said. “And I don’t fundamentally believe that humans are different; that one society would be capable of this and another society wouldn’t be.

“So if one society has done it, then another society can,” she said, before taking a long pause. “I have to believe that.”

Williams: 'If you love the Declaration of Independence, you have to thank Black people.' They helped shape that moment.

Far from being bystanders in the Declaration of Independence, Black people in America -- free and enslaved -- played a pivotal part in the leadup to its signing and a defining role in how we view that document today.

Mallory Noe-Payne, Richmond reporter for Radio IQ, is the recipient of a Fulbright Young Professional Journalist Grant to examine how Germany and the U.S. have confronted their national sins.