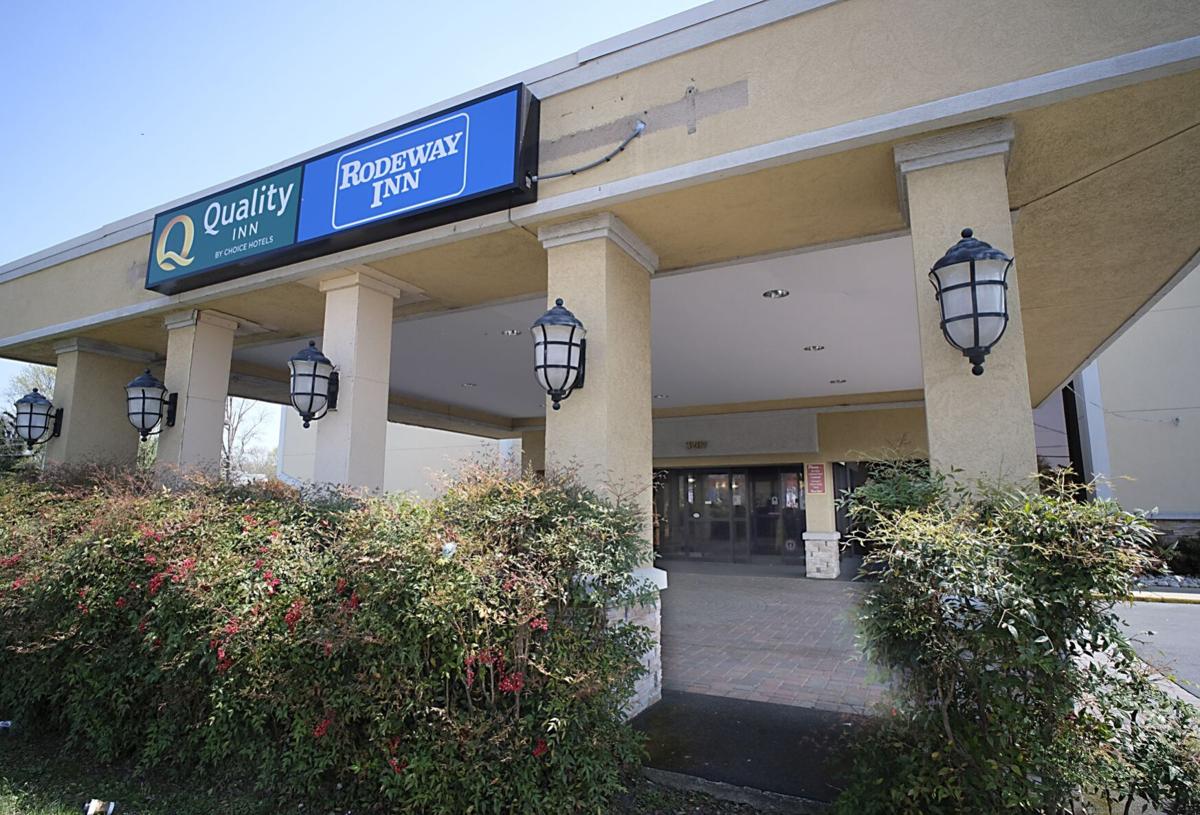 Next week, Homeward will stop operating its hotel-based Safety Net Shelter, which includes this Quality Inn on Arthur Ashe Boulevard in Richmond.

Homeward says the shelter program that includes this Quality Inn in Richmond has served about 70 people a night over the last month, down slightly from the colder winter months.

The shelter of last resort for the Richmond region’s homeless population is ending operations next week.

The Safety Net Shelter will close on April 15. Between its opening last October and late March, about 1,500 people spent a night in the emergency program run by Homeward, the region’s coordinating agency for homeless services. Its impending closure has alarmed some members of the Richmond City Council and advocates for homeless people, who say those relying on the shelter have not gotten the help they were promised, and have few — if any — other options for housing.

“I have yet to see the number of case managers and the level of service and information that people need to have an adequate and decent shot at getting to point B in their housing journey,” said Stephanie Lynch, the 5th District councilwoman.

In years past, the city has operated a hypothermia shelter on nights when temperatures were scheduled to dip below 40 degrees. Richmond shuttered the previous site for that seasonal facility, in Shockoe Valley, last spring when the COVID-19 pandemic hit. In pivoting to a hotel-based replacement program this fall, officials cited the ongoing public health crisis and a desire to provide more supports for people experiencing homelessness.

The hotel-based emergency shelter program was originally scheduled to open on nights when temperatures dipped below 40 degrees or inclement weather was forecast, but it has operated each night since early January regardless of the weather. On average, it has served about 70 people a night over the last month, down slightly from the colder winter months, according to data provided by Homeward.

On one evening this week, about a dozen people milled outside of the ballroom where people who enter the program have slept on spaced-out air mattresses and cots since January.

Among them was William Jennings. As he puffed a cigar, the 46-year-old said he had stayed at the Safety Net Shelter on and off since November, returning only on nights when he could not line up somewhere else to stay.

The closure date was not a surprise to him, he said, but he worried what would become of those who still relied on the shelter and the free meals its staff provided. As for him, Jennings said he was pinning his hopes for stability on finally receiving delayed unemployment benefits and the stimulus check he had yet to get.

Homeward said it notified those staying at the shelter of the closure a month in advance and that its staff has worked to refer those individuals to other programs and resources, depending on their situation.

“All participants are encouraged to work with homeless service providers to identify housing resources and develop a housing-focused plan to help them transition to stable housing,” according to a release issued by the nonprofit about the program. “Although everyone is offered this assistance, not all individuals choose to utilize this support while they are in the shelter program.”

Kelly King Horne, Homeward’s executive director, said data on the outcomes for people who stayed in the Safety Net Shelter was not yet available.

A year’s worth of data from another hotel-based program Homeward has run — the non-congregate shelter program — shows about 1 in 4 of the 1,800 people who participated exited to permanent housing.

Another 20% of those people remained in hotel rooms Homeward paid for as of late March, and 10% had received and accepted referrals to programs led by other service providers in the Greater Richmond Continuum of Care. That left 46% of people who passed through the program unaccounted for, according to data provided by Homeward.

Homeward said its plans to close the Safety Net Shelter this month were in line with the city’s past practice of closing its cold weather shelter in mid-April. The non-congregate program will continue to operate, the nonprofit said.

The Greater Richmond Continuum of Care is convening a new panel — the Seasonal Shelter Task Force — to make recommendations for emergency shelter next winter.

5 of 6 victims killed in Chesterfield house fire identified; three others released from hospital

A woman and four children killed in a house fire on Friday in Chesterfield County have been identified by fire officials.

State police are investigating an Interstate 64 crash near Short Pump that fatally injured a Richmond woman.

Residents who live near the Robert E. Lee statue say 95% of them want the statue removed.

Next week, Homeward will stop operating its hotel-based Safety Net Shelter, which includes this Quality Inn on Arthur Ashe Boulevard in Richmond.

Homeward says the shelter program that includes this Quality Inn in Richmond has served about 70 people a night over the last month, down slightly from the colder winter months.