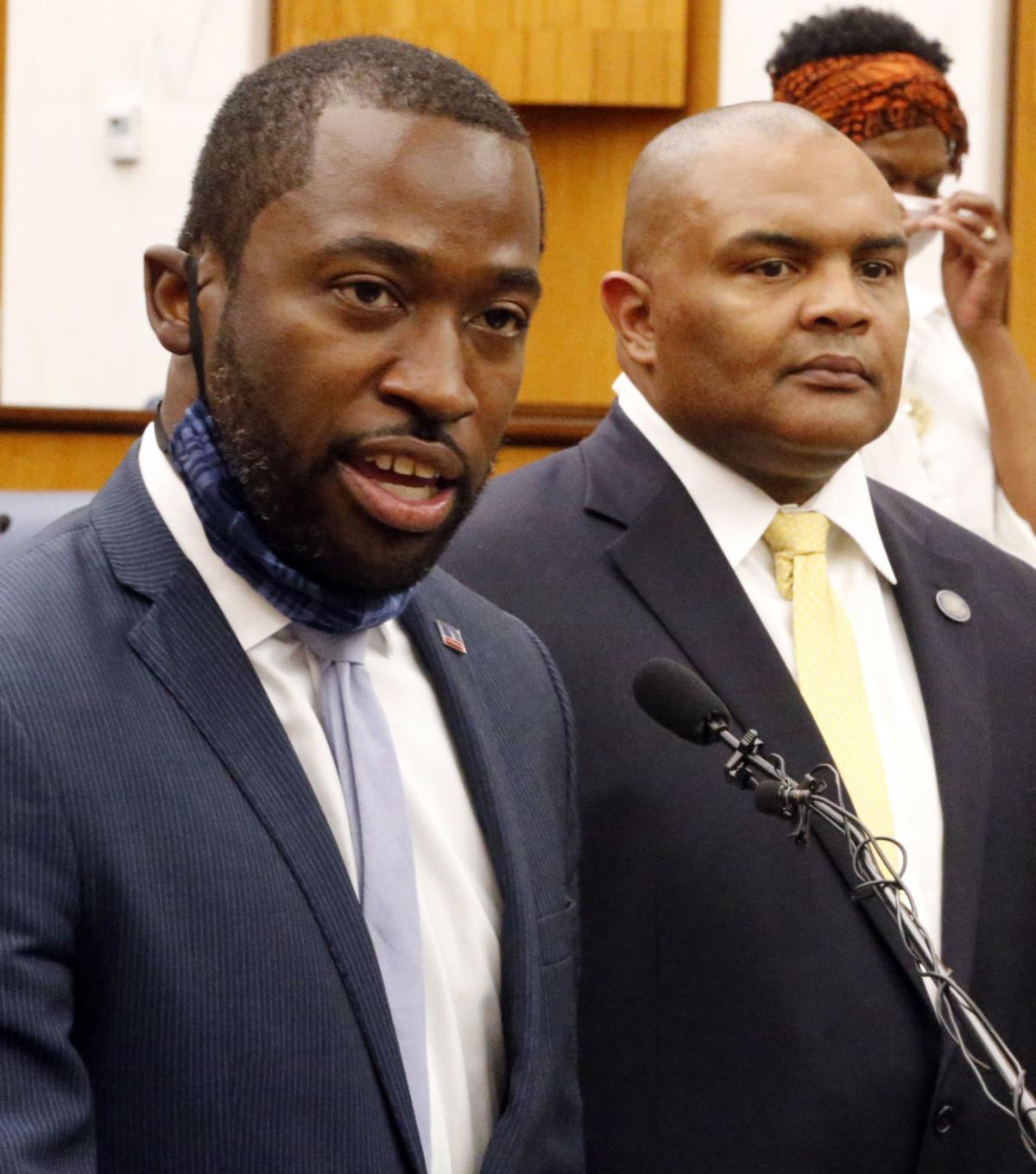 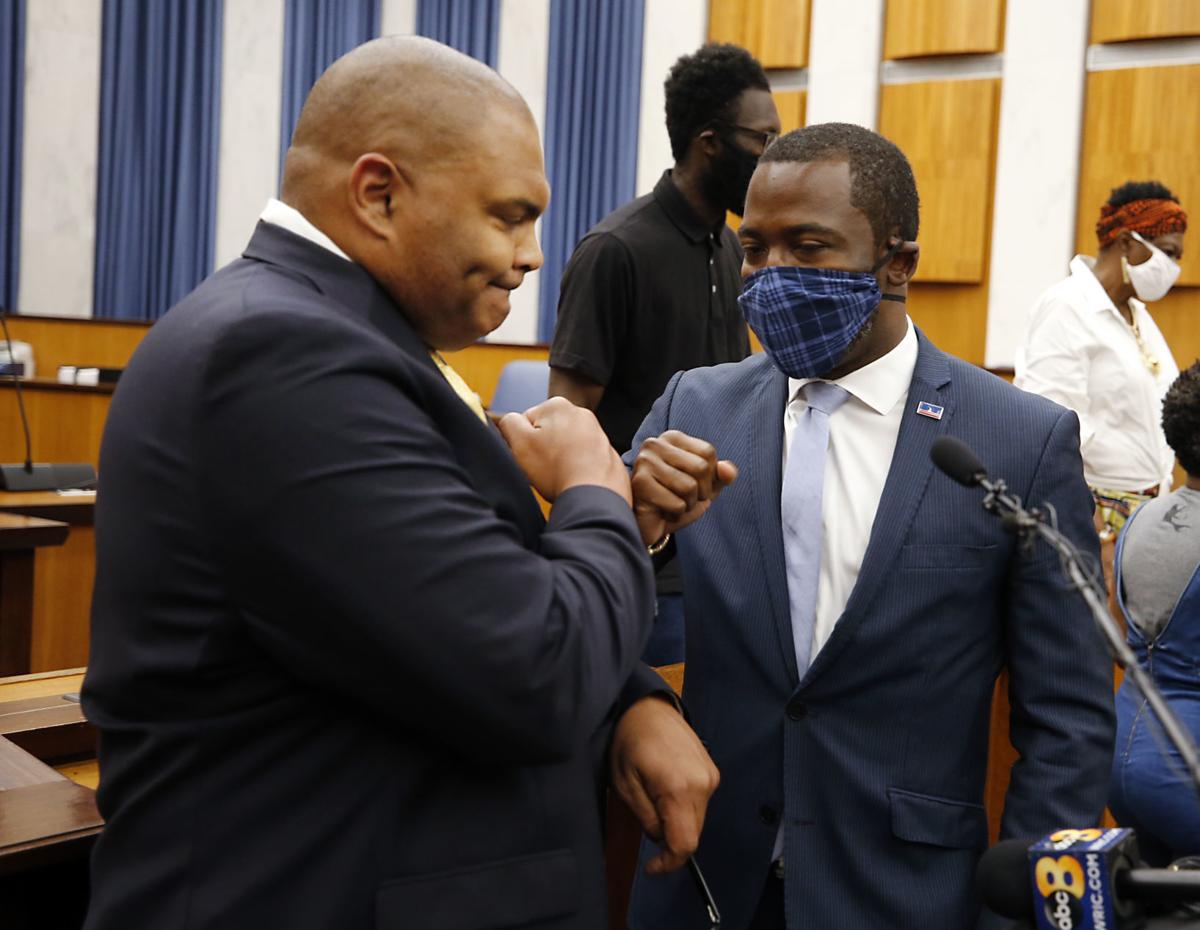 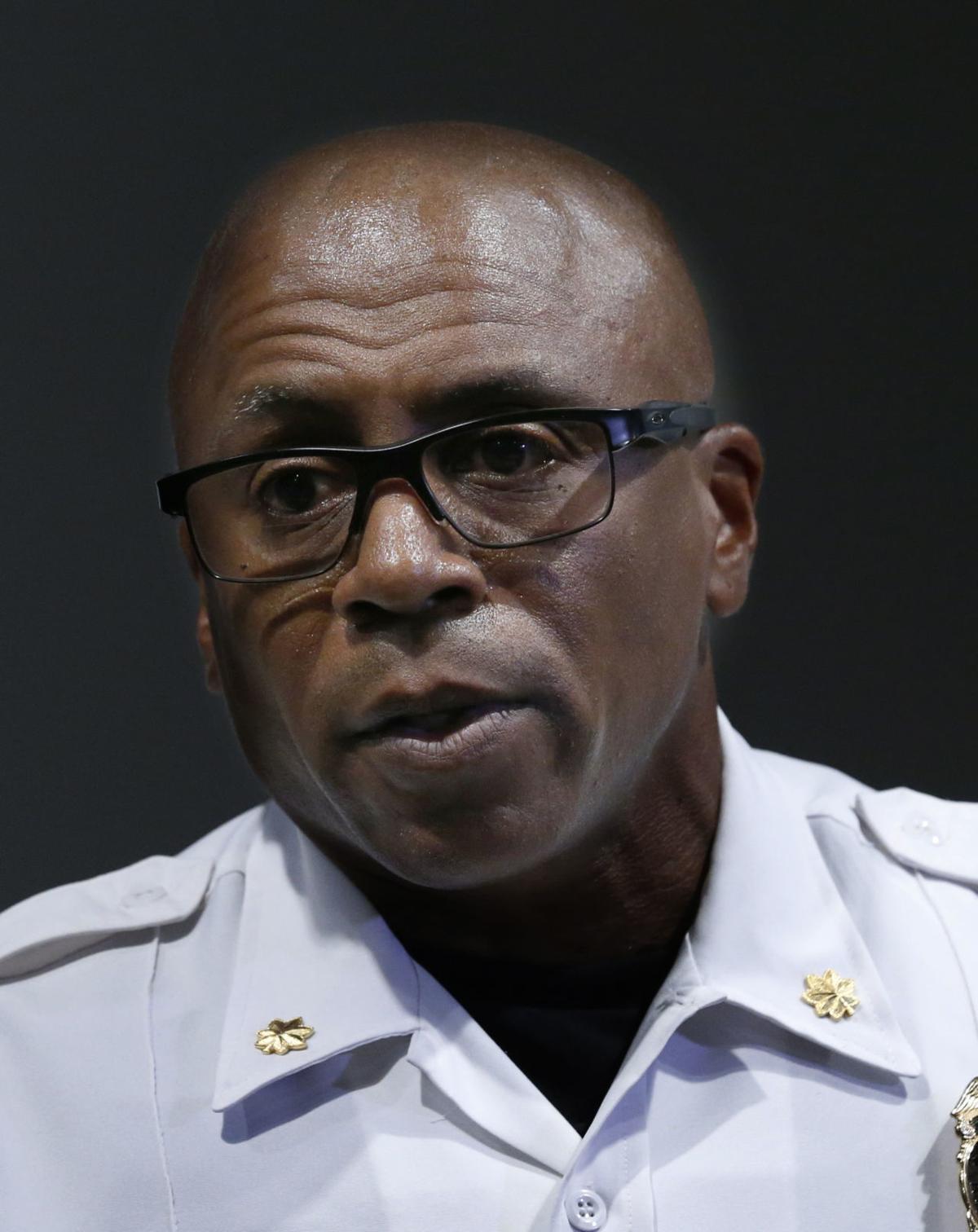 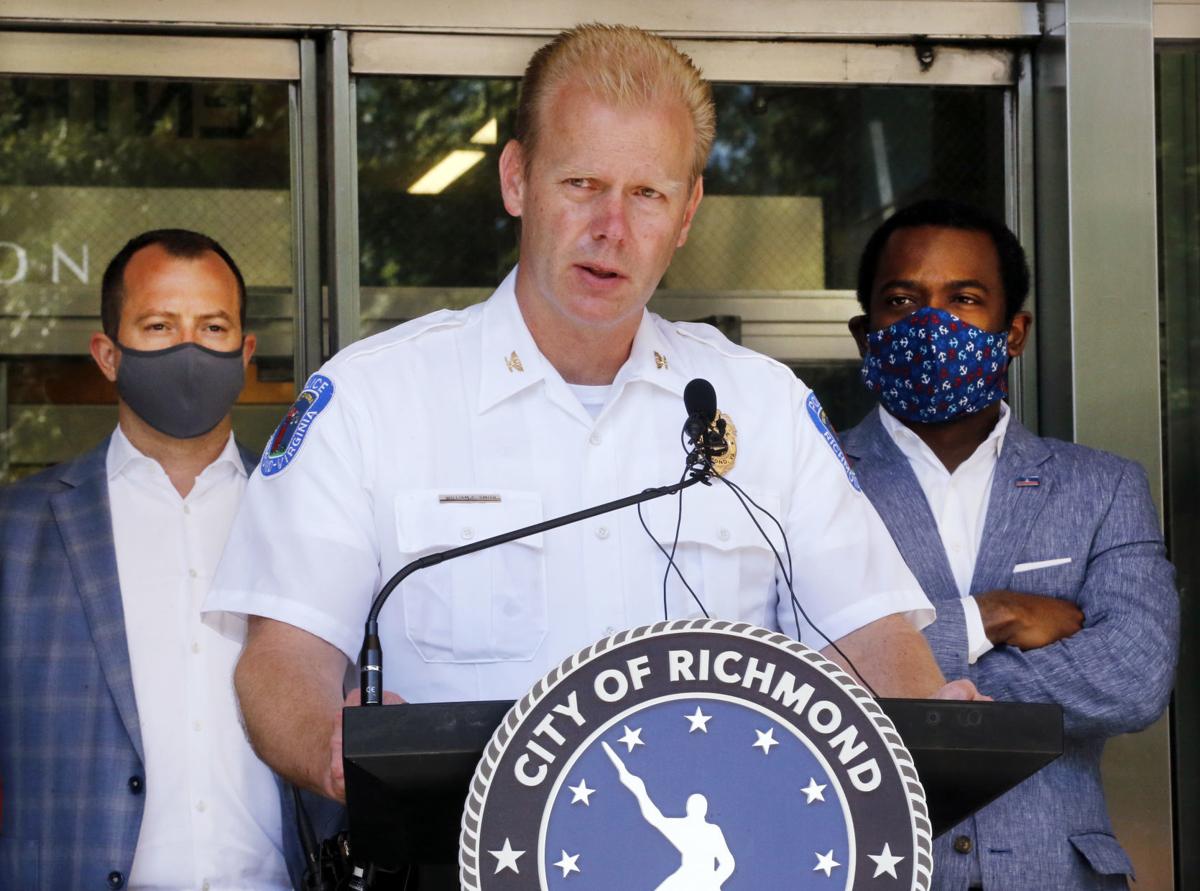 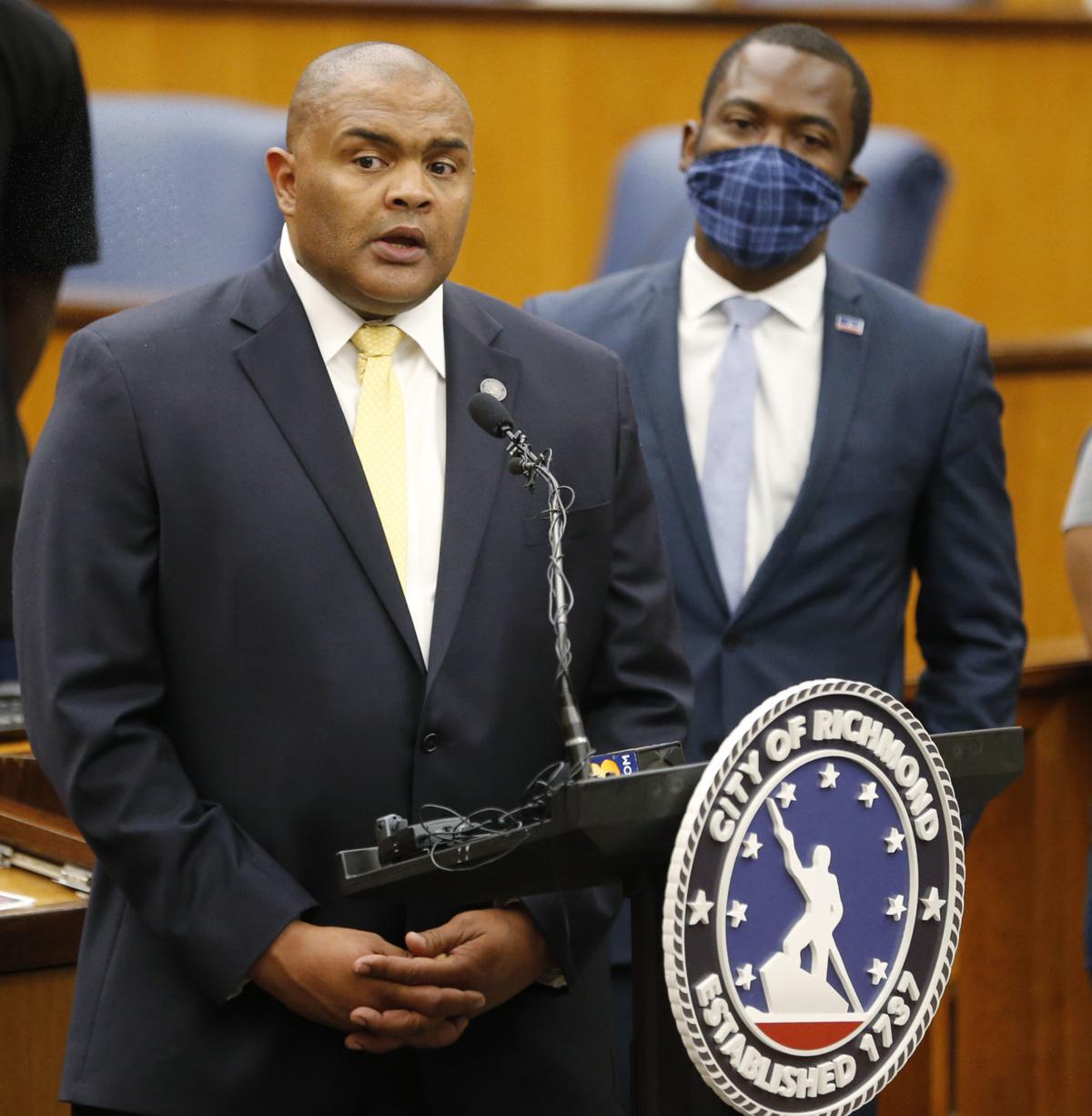 In naming Richmond’s third police chief in three weeks, Mayor Levar Stoney deviated from a vetting process laid out by his own administration.

Weeks after promising a national search for a top cop to oversee major policing reforms, Stoney and his spokesman have defended Smith’s hasty hire, saying weeks of protests that have gripped the city necessitated a swift choice.

“While circumstances required an expedited timetable and process, [Stoney] is nevertheless satisfied with the result and with his decision,” Stoney spokesman Jim Nolan said in response to questions about the mayor’s handling of the hire.

The city had planned to open recruitment for the post atop the city’s police department beginning June 28, then start reviewing applications at the end of July, according to an advertisement for the position purchased by Richmond’s Department of Human Resources for this past Sunday’s Richmond Times-Dispatch.

The administration requested that the newspaper pull the ad Saturday morning, after Stoney announced Smith’s hire at a news conference shortly before 9 p.m. on Friday. The page on which the ad was placed had already been printed and the ad ran Sunday — the day after Smith’s introductory news conference — causing confusion in some corners.

“Make it make sense,” tweeted Alexsis Rodgers, one of seven mayoral candidates running against Stoney as he seeks re-election in November.

Another candidate, Kimberly Gray, the 2nd District councilwoman, said Smith’s hire appeared to a “knee-jerk” decision that did not adhere to the city’s standard hiring process, particularly for high-ranking posts.

By comparison, Richmond has not hired a permanent chief administrative officer since last September.

“The mayor will take the time that is necessary to find the right fit for the City of Richmond,” his spokesman said last December when asked for a timetable on which the mayor planned to fill that position.

Stoney promised a national search for the police chief position in mid-June, after he forced the resignation of former Police Chief William Smith and installed William “Jody” Blackwell as interim chief.

Blackwell’s tenure as interim lasted 11 days. He immediately drew criticism for his fatal shooting of a Richmond man in 2002, in which Blackwell was cleared of any wrongdoing.

At the same time, criticism of the department’s handling of ongoing protests mounted. Most has centered on its repeated use of tear gas, pepper spray, “less lethal” bullets and other weapons against protesters.

Blackwell’s resignation Friday evening preceded Stoney’s announcement that Gerald Smith would take over July 1. Nolan, the spokesman, said Blackwell “expressed an interest in reassignment prior to a formal offer being made to Chief Smith.”

Stoney said he spoke with “a number of candidates” before choosing Smith. Nolan declined to specify how many in response to a question from The Times-Dispatch. Nolan did not answer questions about whether Smith sat for a formal interview before receiving a job offer or, if he did, who participated in that panel.

Stoney said he sought input from former Richmond chiefs Rodney Monroe and Alfred Durham, as well as other mayors, before hiring Smith. Asked who else Stoney consulted, Nolan would not say, though he said last week that the mayor had met with “community leaders” about the department.

The city’s Department of Human Resources did not immediately respond to a request for the offer letter the city extended to Smith or what his salary will be. A since-deleted job city listing for the vacancy stated the position would pay between $136,370 and $217,850.

Smith’s arrival comes amid a period of social and political upheaval in the city triggered by the police killing of George Floyd in Minneapolis. Four weeks of protests against police brutality and racism have spurred frequent, violent clashes between police in riot gear and protesters.

Police have used tear gas, pepper spray, flash-bang grenades and other weapons to break up crowds and enforce their declarations of unlawful assemblies. They have defended the tactics, saying protesters have provoked the use of force by hurling projectiles at officers and have taken part in other lawbreaking. Dozens have been arrested.

The Richmond Police Department has not, to date, responded to a request from The Times-Dispatch for an accounting of how many times its officers have used the weapons or how much the department has spent on them.

Smith comes to Richmond from a department that faced backlash for its use of the weapons on protesters. A North Carolina judge issued a temporary restraining order suspending the Charlotte-Mecklenburg Police Department’s use of tear gas in June.

He inherits a department that protesters have demanded the City Council defund. Other initiatives are on the table, too, including a civilian review board and a ban on the use of chemical irritants and other weapons.

Calling him a “reform-minded” leader, Stoney has charged Smith with working with residents to “reimagine” public safety in the city. Details have not yet been released on a task force Stoney said would aid that effort.

After an introductory news conference Saturday, Smith and Stoney visited Fairfield Court, a public housing community in the East End. Smith also called each council member to introduce himself; the council has no role in the police chief’s hire.

Stephanie Lynch, the 5th District councilwoman, has sharply criticized the department’s handling of the protests. She said she was encouraged by Smith’s initial tenor.

Said Lynch, “He’s stepping into this climate and has committed to listening, so if we get off to a collaborative start and he’s a part of this process, my sense is he’s committed to work with us.”

New Richmond police chief: 'The question is not defund the police; it's fund the change'

Best of luck to the new Chief. He is working for a gentleman without a clue.

"The Wizard Has Spoken" Don't look behind the curtain, The voice you hear is that of our great leader! White folks, shut up and pay!

I cannot believe the residents and city council are not howling over how this came about. He hand picked is own YES man for the job, without even looking for any other candidates.

11 days is the benchmark. I am taking the over. Talk about a mayor tanking. The LT Governor must be laughing his butt off.

WHAT!!!! The RTD is turning on Stoney and his pick? Is it because they are Black? See how this works?

Stoney's whistling in the dark is putting more nails in Richmond's coffin. Why would anyone, even residents of the city, want to eat at Richmond's restaurants when they would feel safer out in the counties? Why would anyone want to even visit the city as a tourist? No one will want to attend concerts, ballets, or plays in Richmond! When his term ends this year, I'm sure he assumes that he'll be given some grand position with his political party. I just hope those party leaders have the insight to realize that Levar Stoney is a disaster magnet.

Please candidates.. get over yourselves with the hiring process. This is not normal times and the affected residents want something done now with rioters and not 30 days from now.

The police chiefs have not been the problem in Richmond. Stoney is the one who should have been canned. It was Mayor Stoney who allowed anarchy to be visited on Virginia's capital city by mobs that he enabled. The result is a city defaced with toppled statues, profane graffiti, boarded up buildings, and a bleak future. The only winners were the looters. #RichmondMattered 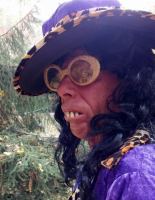 None of this would have been necessary if the protests and riots and destruction had been dealt with swiftly and with appropriate force.

These thugs/mosquitoes need to be swatted and then exterminated.

They serve NO good purpose.

Richmond is a war zone and Stoney shold be impeached for incompetence!

Shocked that Richmond residents haven't risen up in anger. Where are they?

Why? If they did, they would be considered racist for protecting their property from the vandals and preventing another Chaz as in Seattle. There is no voice of reason... they are damned if they do and damned if they dont take back their neighborhood.

Rick, RTD won't cover anything that counters their pro-riot agenda.

I agree with you sir.