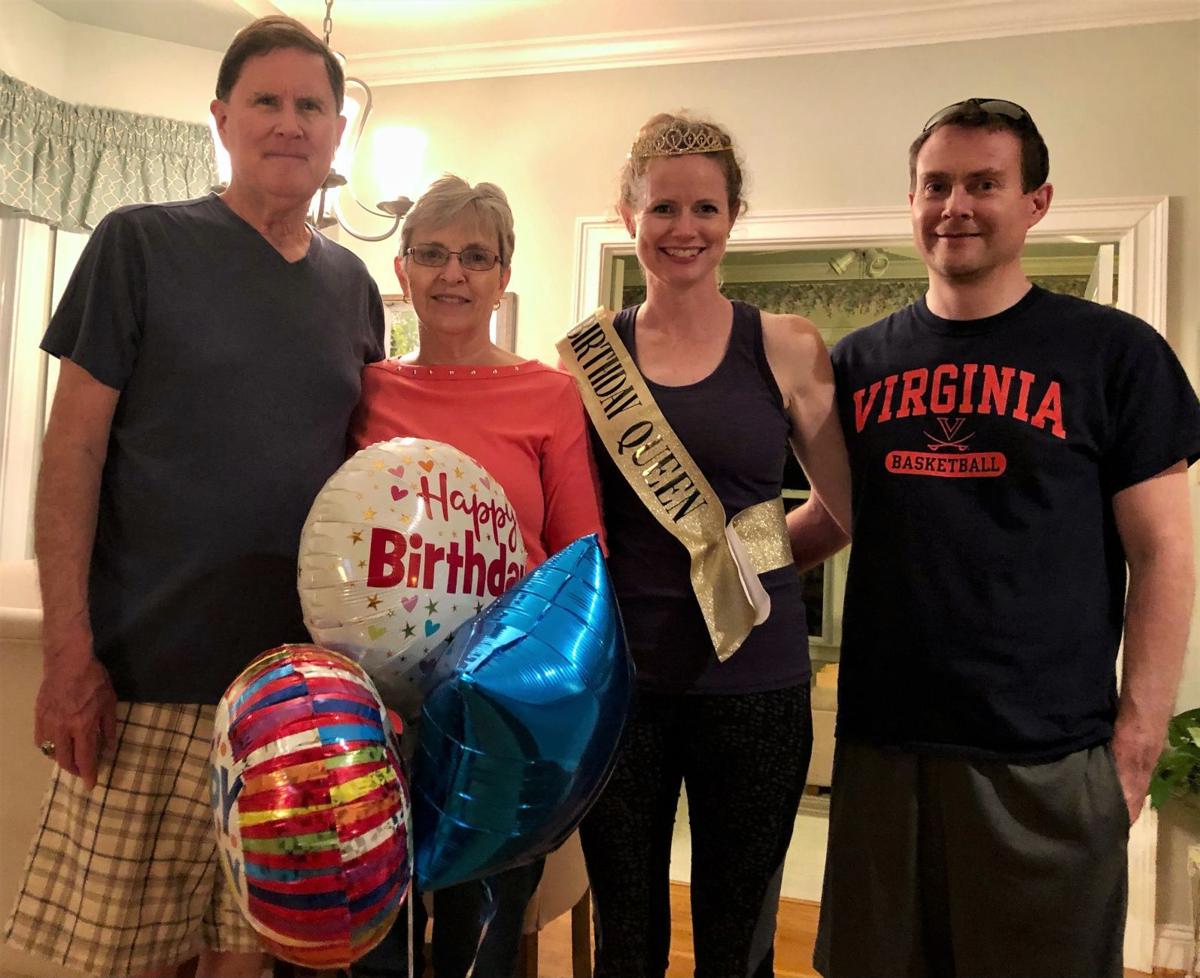 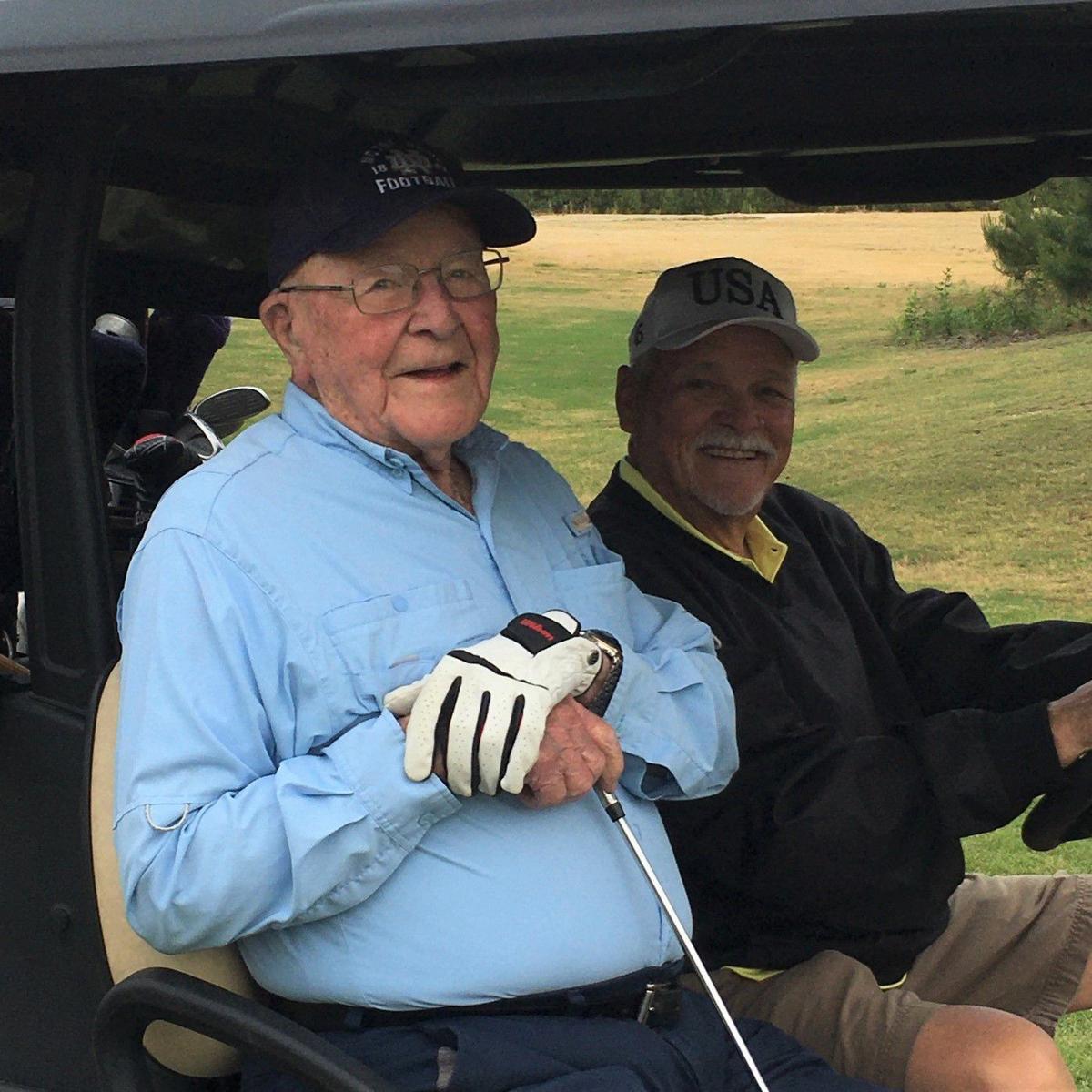 Lee Randolph Beale celebrated turning 100 on May 25 by playing golf at The First Tee Chesterfield. Beale shot an 86 on the par-66 course. His playing partner was son-in-law Vincent Wilson, who drove the golf cart.

Bert Browning celebrated his 70th birthday May 22. On the same day, his wife, Rose, celebrated her 68th. It was also a big day for their middle child, Ashley, who turned 40, and her husband, Jason Huffman, who flipped the calendar to 42.

You might say May 22 is kind of a big day in the Browning household.

“It’s sort of like having Christmas a second time every year,” Browning said.

All four celebrated — plus Ashley and Jason’s two children (neither of whom were born on May 22) — on the deck of Bert and Rose’s Brandermill home, overlooking Swift Creek Reservoir, with takeout from a local restaurant. Just happy to be able to get together after more than a year of COVID.

It was nothing fancy, just a nice get-together, which has been a theme through the years.

“I can’t say we’ve done anything spectacular on our birthdays,” Browning said. Although there was the year they took their one and only cruise in the Caribbean for Rose’s 40th (and Bert’s 42nd).

Otherwise, the birthday celebrations have been pretty low-key, just like this year’s. “Nothing out of the ordinary,” said Browning, a retired Baptist minister who noted the churches he pastored always got a kick out of learning about the birthday quadfecta.

Mostly, Browning said, the mission has been to not make a bigger deal of Ashley’s birthday than her two sisters, who were not born on May 22.

“Everybody deserves to have their special day,” he said.

The coincidence of all of these May 22 birthdays in one family was just that: a coincidence.

Bert and Rose met at a Colonial Heights church in the summer of 1970, when Bert, then a rising sophomore at the College of William & Mary, was working with the church’s youth group. Rose, a rising senior at Colonial Heights High (where she would become valedictorian), wasn’t a member of the church, but her friends were and she attended youth activities with them.

It wasn’t long before they discovered they shared the same birth date, which they thought was a “unique feature” of their relationship, Browning said. They married in 1974. In 1981, Ashley was born on May 22 at Virginia Baptist Hospital in Lynchburg. There was no inducement, no C-section, nothing done to make that her day of birth. It just happened.

Browning said the Lynchburg newspaper thought the shared birthdays interesting enough to write a story and calculate the odds of that happening. The prospect of Ashley growing up to marry someone who also was born on May 22 might have short-circuited a 1981 calculator trying to figure out those odds. (I try to stay away from math, so let’s just say the odds are 1-in-a-lot.)

Ashley met Jason through a friend at Huguenot Road Baptist Church, where Bert was pastoring at the time. They, too, like her parents, discovered early on their shared birthday. And like her parents, there is a two-year difference in their ages.

What was it like when she broke the news to her parents?

Bert recalled it being along the lines of, “You’re not going to believe this …”

And the birthday cakes?

“It takes a pretty good size cake to get all four names on,” Bert said.

They’ve run into people who share a birthday with someone else in their family, but they’ve come across no scenario that matches theirs.

Is there any negative aspect to this?

“The downside is none of the four of us exactly gets to have a special day,” he said with a laugh, “because it’s everybody’s day.

“But there are no downsides to a birthday, really. The downside is when you stop having them.”

Lee Randolph Beale is still having them — and he celebrated last week with an early-morning tee time at The First Tee of Chesterfield course.

He shot an 86 on the par-66 course, playing with son-in-law Vincent Wilson. I expressed amazement at his score, even if the course is a little shorter than most. Not bad, he said.

Beale has determined that one key to longevity is “you’ve got to keep moving,” which is why he golfs occasionally and exercises every morning. He looks forward to getting back to swimming once the Midlothian Athletic Club reopens this summer after a fire.

The exercising and stretching, he said, help achieve even the most basic of tasks, which at his age can also include a degree of difficulty. Say, pulling on your socks.

“Those feet are a long ways away,” he said with a laugh.

He still drives — besides the pool, one of his favorite destinations is the Science Museum of Virginia and the giant-screen movies in its Dome.

He also likes to color in coloring books — helps keep his mind sharp, he said, staying in the lines and all — but with ink pens, not crayons. He checks Facebook every day.

During World War II, Beale worked at the shipyard in Newport News and later moved to Richmond, where he worked for American Tobacco and then Richmond Engineering, eventually retiring as a foreman after 38 years. He wasn’t done yet, though, so he worked 20 more years part time in maintenance at Johnston-Willis Hospital, finally retiring at age 80.

The family held a birthday bash last weekend at the farm of one of his daughters near Tappahannock. About 150 people showed up. He thought that was unreal, too.

“I have sure been blessed,” he said.

He might not have thought exactly that when he was a kid, growing up on a farm in Waverly, walking behind a plow and a mule in the hot sun, which is where he came up with another bit of wisdom for those wanting to know how one might reach 100.

“Always eat a hearty breakfast, and eat ice cream the rest of the day.”

Lee Randolph Beale celebrated turning 100 on May 25 by playing golf at The First Tee Chesterfield. Beale shot an 86 on the par-66 course. His playing partner was son-in-law Vincent Wilson, who drove the golf cart.