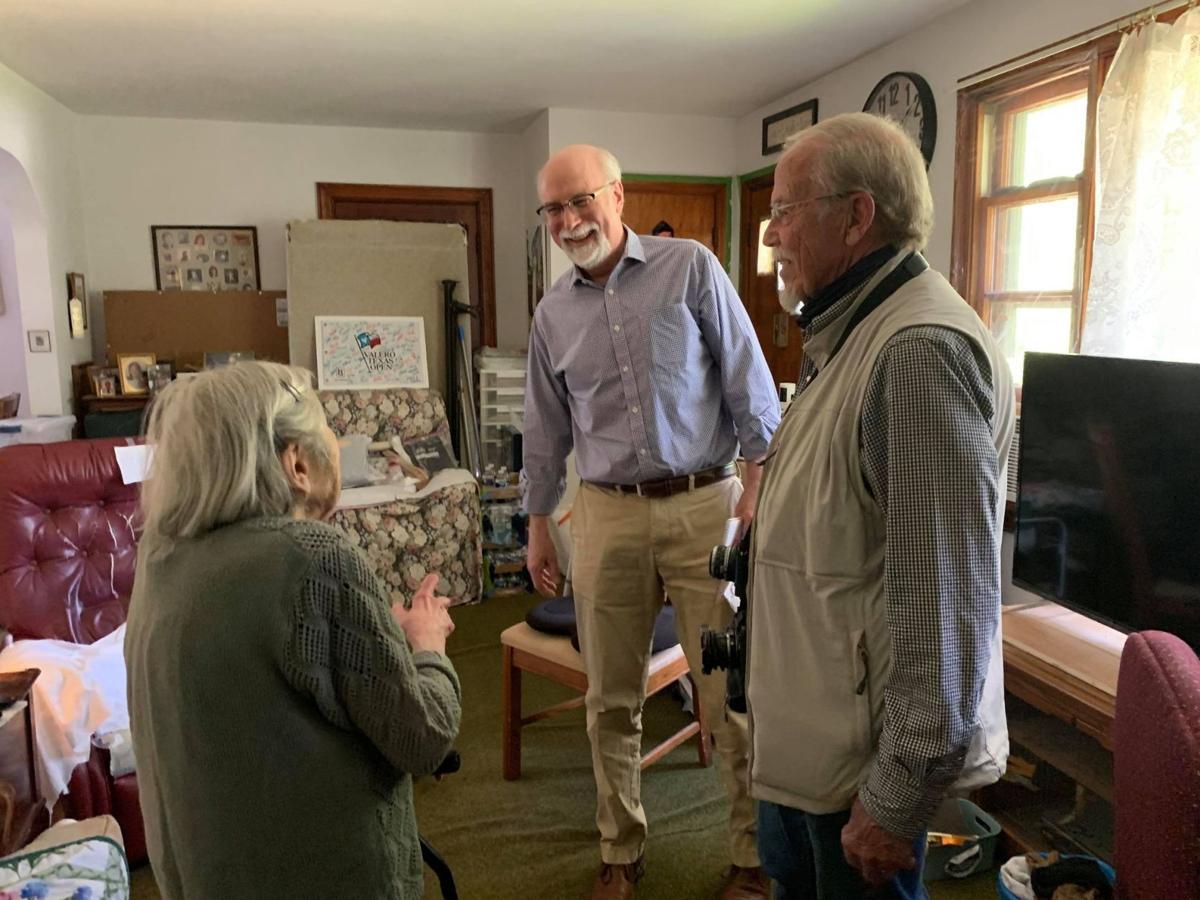 Frances Nunnally chatted on Tuesday with senior photographer Bob Brown (right) and Lohmann. It was Brown and Lohmann’s first assignment together since March 2020. 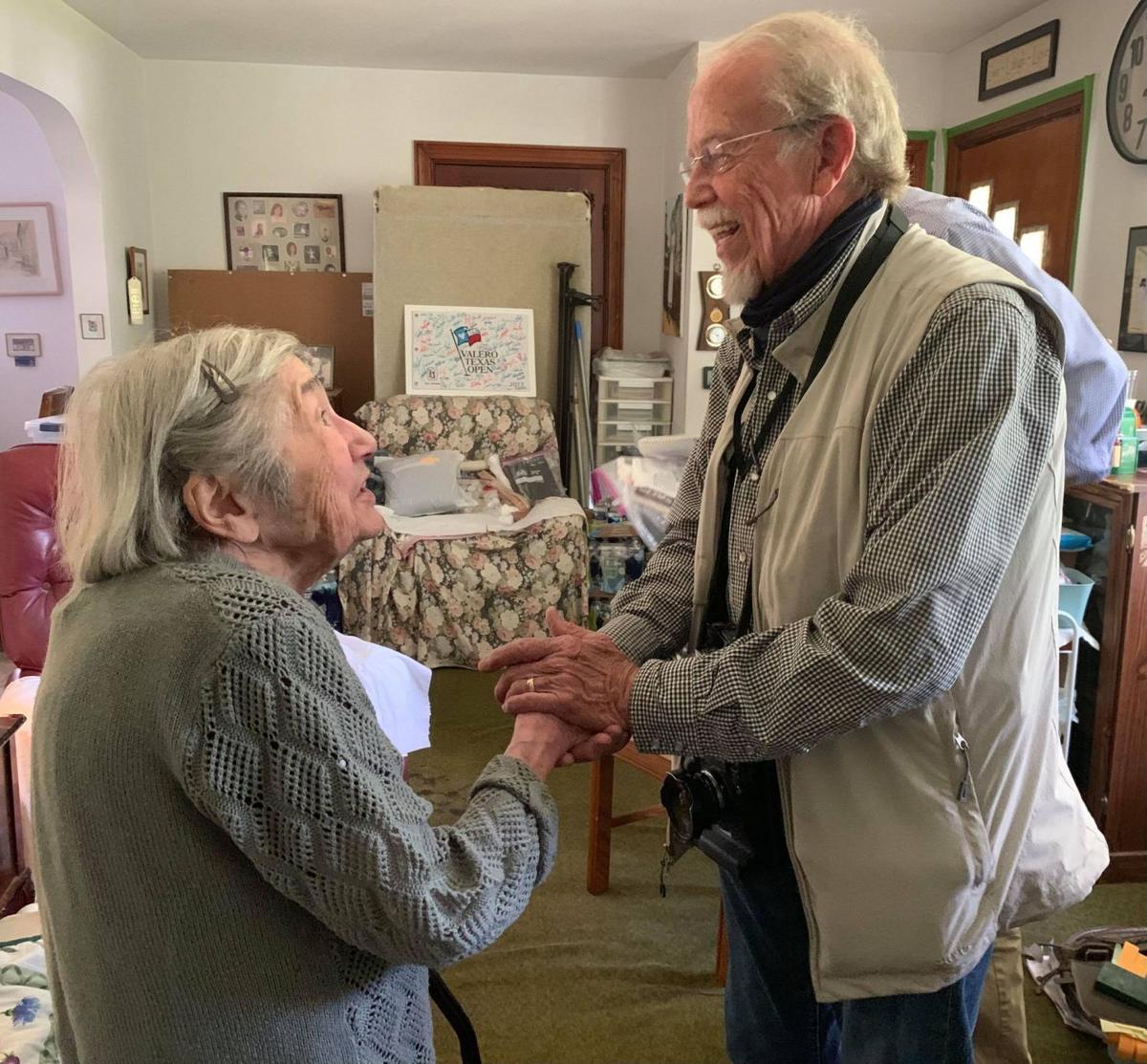 Frances Nunnally chats with senior photographer Bob Brown at her home on May 25, 2021. 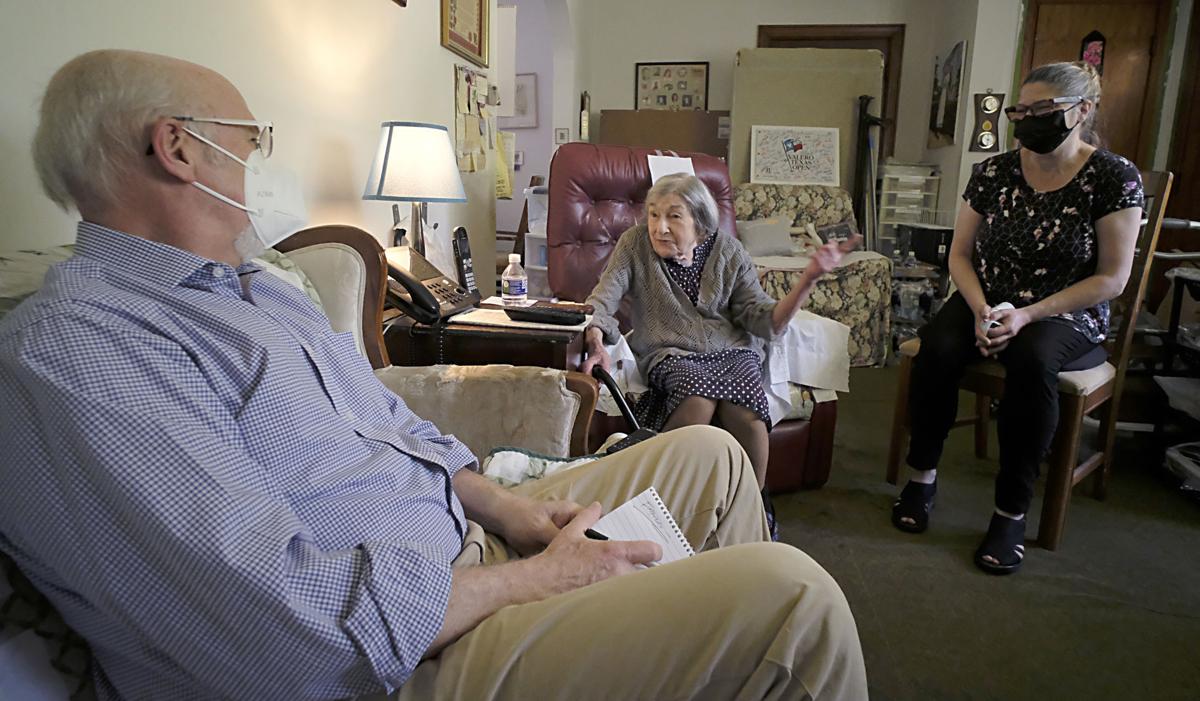 Richmond Times-Dispatch columnist Bill Lohmann listened as Holocaust survivor Frances Nunnally (center), who turns 100 in June, reflected on her life during an interview at her Richmond home. Nunnally’s daughter, Heidi Nunnally, sat in on the face-to-face interview, Lohmann’s first in 14 months.

What a weird thing.

I got up the other day, put on a collared shirt, pants that weren’t jeans and shoes with hard soles (and without a logo on the sides). I wore socks that pulled above my ankles.

And then I drove to my first interview at someone’s home since March 7, 2020 — and my first assignment with the great Bob Brown since the day before that at the Capitol.

My last interview in someone’s home was with Frances Nunnally, the Holocaust survivor who has been a frequent author of letters to the editor and is an all-around interesting person. For my return to in-person interviews, I could think of no better place to start than where I had left off: Nunnally’s home. You’ll find out in a coming column why that seemed so appropriate.

For the past 14 months, I’ve been working from my dining room table (well, two dining room tables, but that’s another story), conducting hundreds of interviews, all by phone — except for one that was accomplished on a walking trail in the woods last fall.

COVID changed everything for everyone, some tragically so. I’m grateful for having a job that I could work remotely. Not everyone is so lucky, and I’m cognizant of that. Now that I’m fully vaccinated, I hope to get back to some semblance of my former life. Slowly, but surely and reasonably.

It was like old times to walk into Nunnally’s home and find Brown, cameras draped around his neck, already at work, scoping out the living room for the best angles and lighting and mostly to figure out where Nunnally would be most comfortable. I just knew he had a smart comment waiting for me behind the cowboy-style mask he had pulled up over his face, though he tactfully saved it for later when we were outside.

Even though he looked like he was ready to ride with Gene Autry or Gary Cooper, it really struck me at that moment how much I’ve missed how we used to work: gallivanting to all corners of the state, finding stories, making friends and having way too much fun. Also eating pie.

Our interview with Nunnally, 99, was just great. She’s such a delightful, engaging, inspiring person.

I must tell you, it was a peculiar feeling — not bad, just peculiar — to be sitting there, talking to someone I’m not related to in the same room. Having done this work for so long, I suppose I came to take for granted the whole concept of walking into someone’s home, sitting down and asking questions — which, come to think of it, is kind of a bizarre thing to do on a regular basis.

Soon enough, though, Nunnally was telling stories, we were listening, Brown was shooting and all was right with the world.

As we walked to our cars marveling at the previous hour, Brown turned to me and said, “If you can’t get a great story out of that ...”

It was damn near perfect, though there was no pie.

And maybe “next time” won’t be so long from now.

Frances Nunnally chatted on Tuesday with senior photographer Bob Brown (right) and Lohmann. It was Brown and Lohmann’s first assignment together since March 2020.

Frances Nunnally chats with senior photographer Bob Brown at her home on May 25, 2021.

Richmond Times-Dispatch columnist Bill Lohmann listened as Holocaust survivor Frances Nunnally (center), who turns 100 in June, reflected on her life during an interview at her Richmond home. Nunnally’s daughter, Heidi Nunnally, sat in on the face-to-face interview, Lohmann’s first in 14 months.