Lohmann: Families of soldiers lost in 1962 plane disappearance want their loved ones' names on Vietnam Veterans Memorial, and a Michigan senator is boosting their cause
0 Comments
Share this
1 of 2 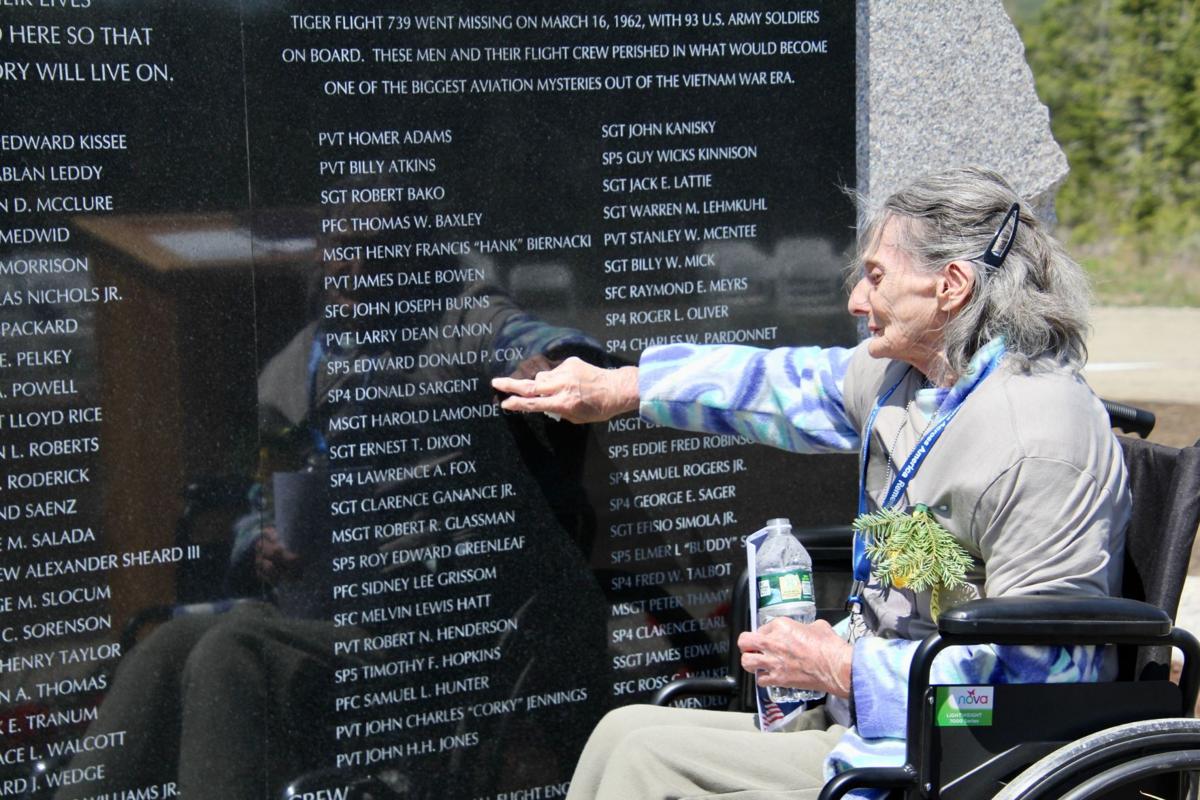 Josephine Gilpatrick waited 59 years to see the name of her brother, Donald “Duckie” Sargent, who was aboard Flying Tiger Line Flight 739, in stone. Gilpatrick attended the unveiling of the monument in Columbia Falls, Maine, in May 2021. 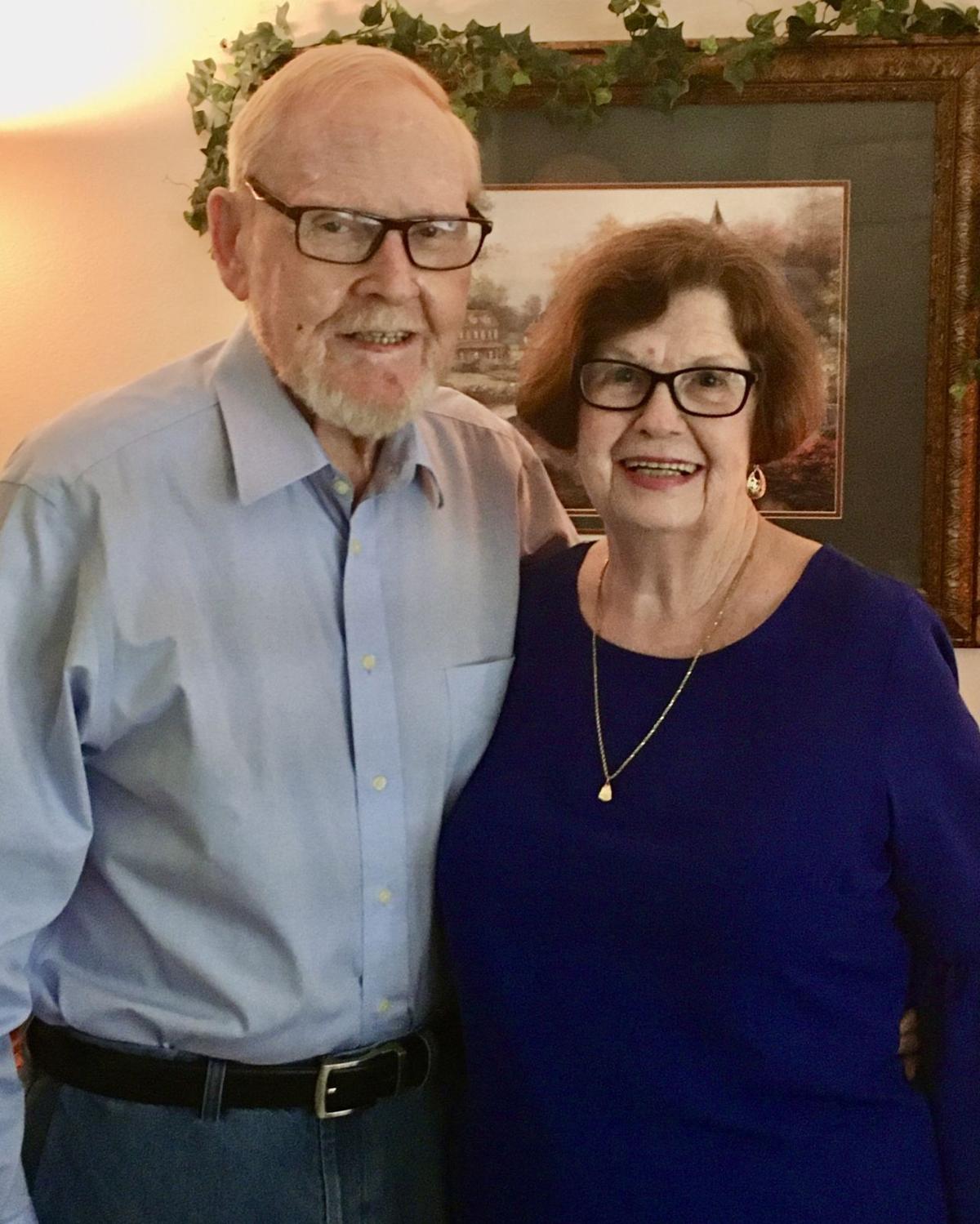 Larry and June Marler celebrated their 50th wedding anniversary in August. June’s first husband, Douglas A. Haaf, was lost and presumed dead after his flight disappeared over the Pacific Ocean in March 1962.

Back in May, I wrote about a new memorial honoring the 93 U.S. soldiers and others aboard Flying Tiger Flight 739, a chartered military flight in 1962 destined for South Vietnam that disappeared over the western Pacific Ocean.

Among the victims were several soldiers with Virginia connections, including Douglas A. Haaf, 21, an Army specialist from Syracuse, N.Y., who was stationed at Fort Lee. A month before the March 1962 flight, he had married June Burks in a small ceremony in the chapel of First Baptist Church on Monument Avenue. I found June Burks — now June Marler — in Titusville, Fla., and interviewed her for the story.

When I reached her, she was happy to learn about the monument that was dedicated earlier in May in Columbia Falls, Maine, on land donated by Morrill Worcester, founder of Wreaths Across America, the nonprofit organization that in 2020 placed more than 1.7 million wreaths on veterans’ graves around America.

“I’m just happy they’re doing it in memory of all the guys,” she said.

I contacted Marler again last week to let her know that Sen. Gary Peters of Michigan had reintroduced a bill to require the Department of Defense to authorize inclusion of the names of the 93 soldiers on the Vietnam Veterans Memorial Wall. This has been a point of contention among the victims’ families, who have been seeking this for years. The soldiers’ names have been left off the wall because they were not in a combat zone when their plane went missing.

She became emotional when she heard the news. “The tears just started, and they wouldn’t stop till I was preparing dinner,” she texted me, noting the recent news from Afghanistan and the comparisons to Vietnam had brought what happened in 1962 back into her thoughts. “Gratitude is what I feel that someone is willing to still take a stand for what is right.”

The flight’s destination was Saigon, according to a 1962 Civil Aeronautics Board crash report that was obtained by Stars and Stripes, a military newspaper, but the mission of those aboard Flying Tiger Line Flight 739 remains unclear. In 1962, the United States was slowly ramping up its involvement in Vietnam, and Stars and Stripes has reported that some of the soldiers were “trained jungle troops.” Stars and Stripes has also reported that no government agency could provide any information on the soldiers’ mission, but quoted a source who had researched the flight saying the men appeared to have been hand-picked for the mission.

The fate of the plane has never been determined.

“I really did it for Doug’s mother because she was just never the same after [the plane was lost],” Marler said. “I was happy for that, at least. It was a type of closure. Not much, but some.”

In a statement last week, Peters, the Michigan senator, said, “Our brave men and women were deployed thousands of miles away from home during the Vietnam War. Many made the ultimate sacrifice in their service to our nation — including those aboard Flying Tiger Line Flight 739. It is past time that we properly honor those lost. That’s why I will continue to work with my colleagues and the families of those lives lost on ways we can honor the service members killed in the Flying Tigers crash.”

The bill is similar to one Peters introduced in 2019 that never made it out of committee. Reintroducing the bill is part of what Peters hopes will be a bipartisan effort to move the issue forward.

Dianna Crumpler, whose brother, James Taylor, was aboard the flight, is optimistic about the bill this time because of the publicity generated by the new memorial in Maine.

“Millions of people never heard this story before,” she said from her home in Olive Branch, Miss. “I feel like it’s being publicized right now probably more than it ever will be.”

Crumpler called me after the story was published in May, and she called again last week to make sure I knew about the bill being introduced again in the senate.

Now 77, Crumpler was 17 when her brother left home. He was 24 when the plane disappeared. I asked what seeing her brother’s name on the Vietnam Veterans Memorial would mean to her.

“It would be a conclusion to something I’ve been looking for,” she said, her voice cracking, “for many, many years.”

Officials: All Migrants Are Gone From Texas Border Camp

Officials: All Migrants Are Gone From Texas Border Camp

Josephine Gilpatrick waited 59 years to see the name of her brother, Donald “Duckie” Sargent, who was aboard Flying Tiger Line Flight 739, in stone. Gilpatrick attended the unveiling of the monument in Columbia Falls, Maine, in May 2021.

Larry and June Marler celebrated their 50th wedding anniversary in August. June’s first husband, Douglas A. Haaf, was lost and presumed dead after his flight disappeared over the Pacific Ocean in March 1962.