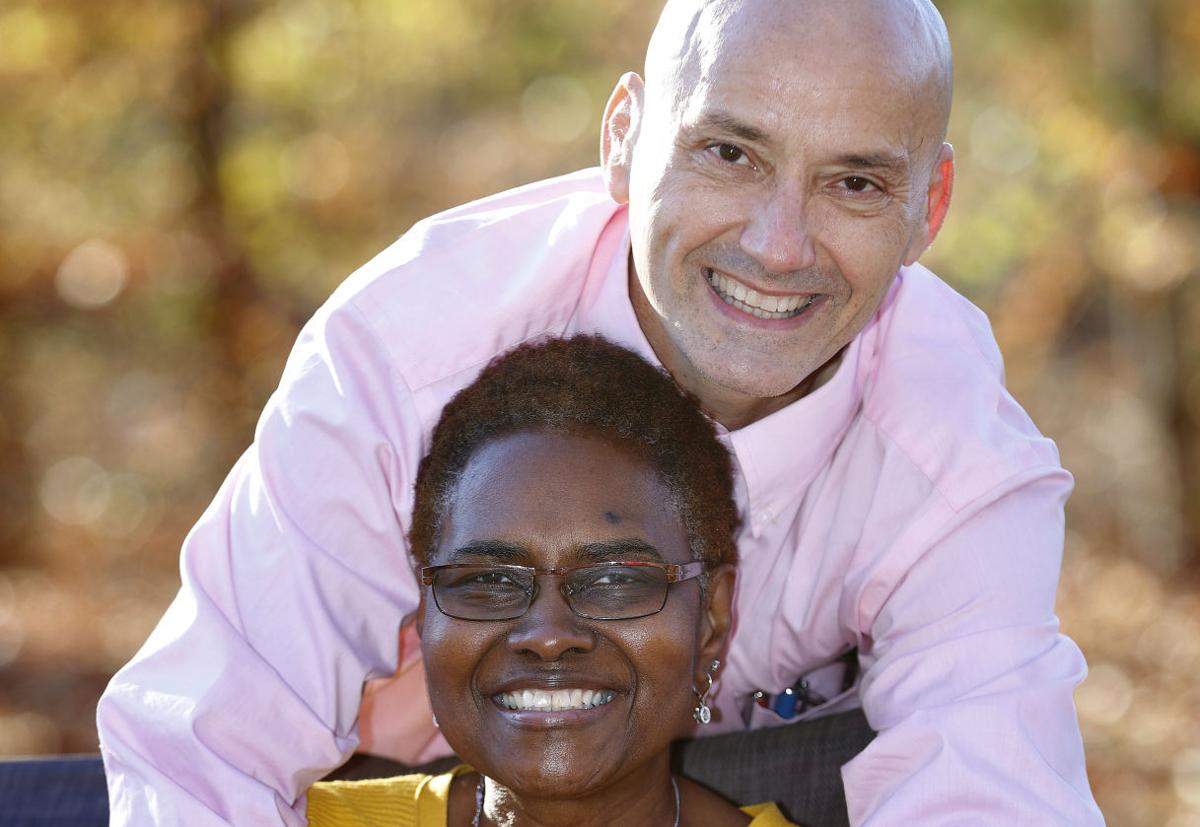 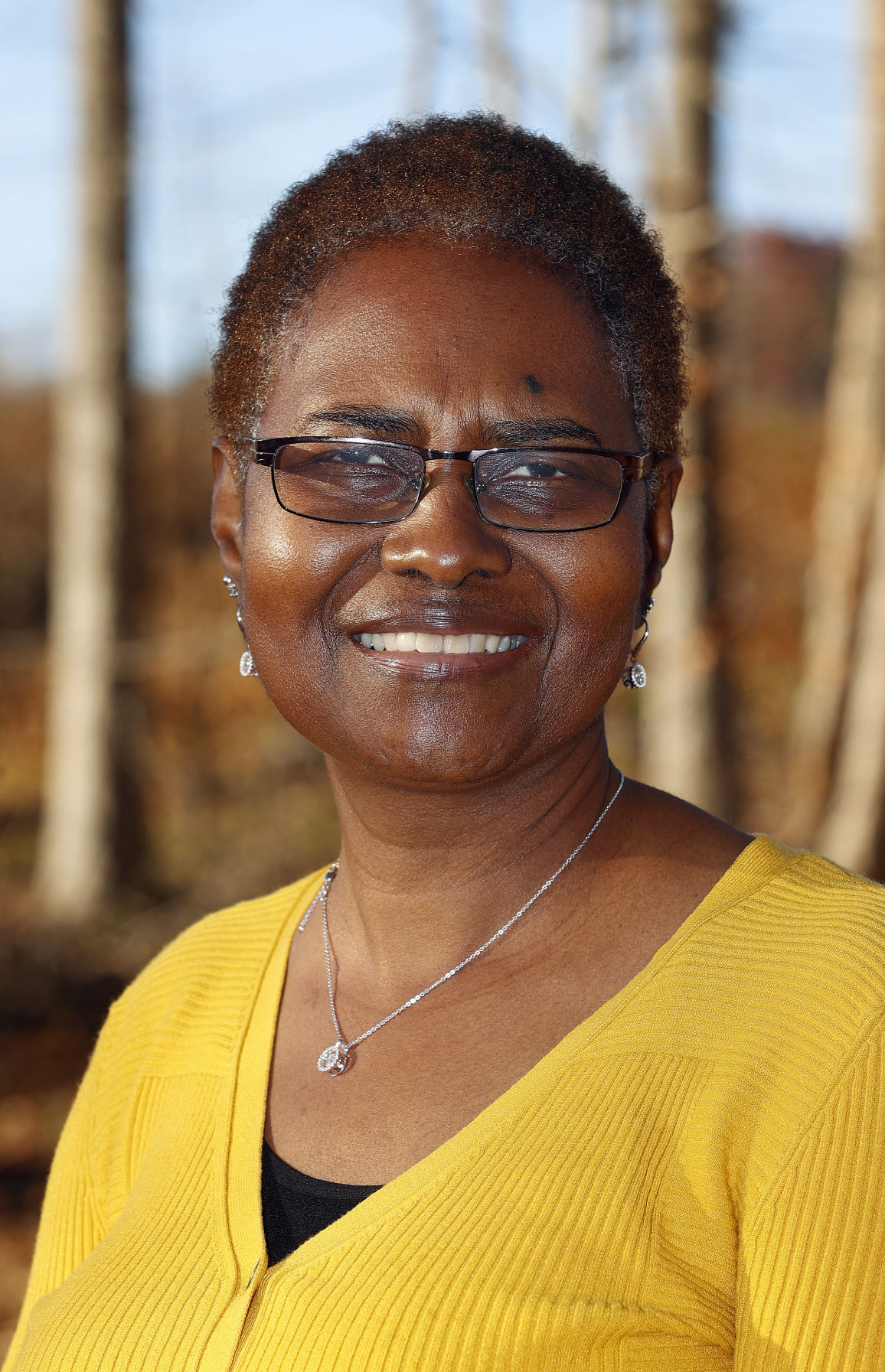 Rebecca Herrera, a Virginia Capitol Police officer who suffers from a genetic kidney disorder received a liver transplant from her friend Rob Carscadden. Photo was taken on Tuesday, November 23, 2021. 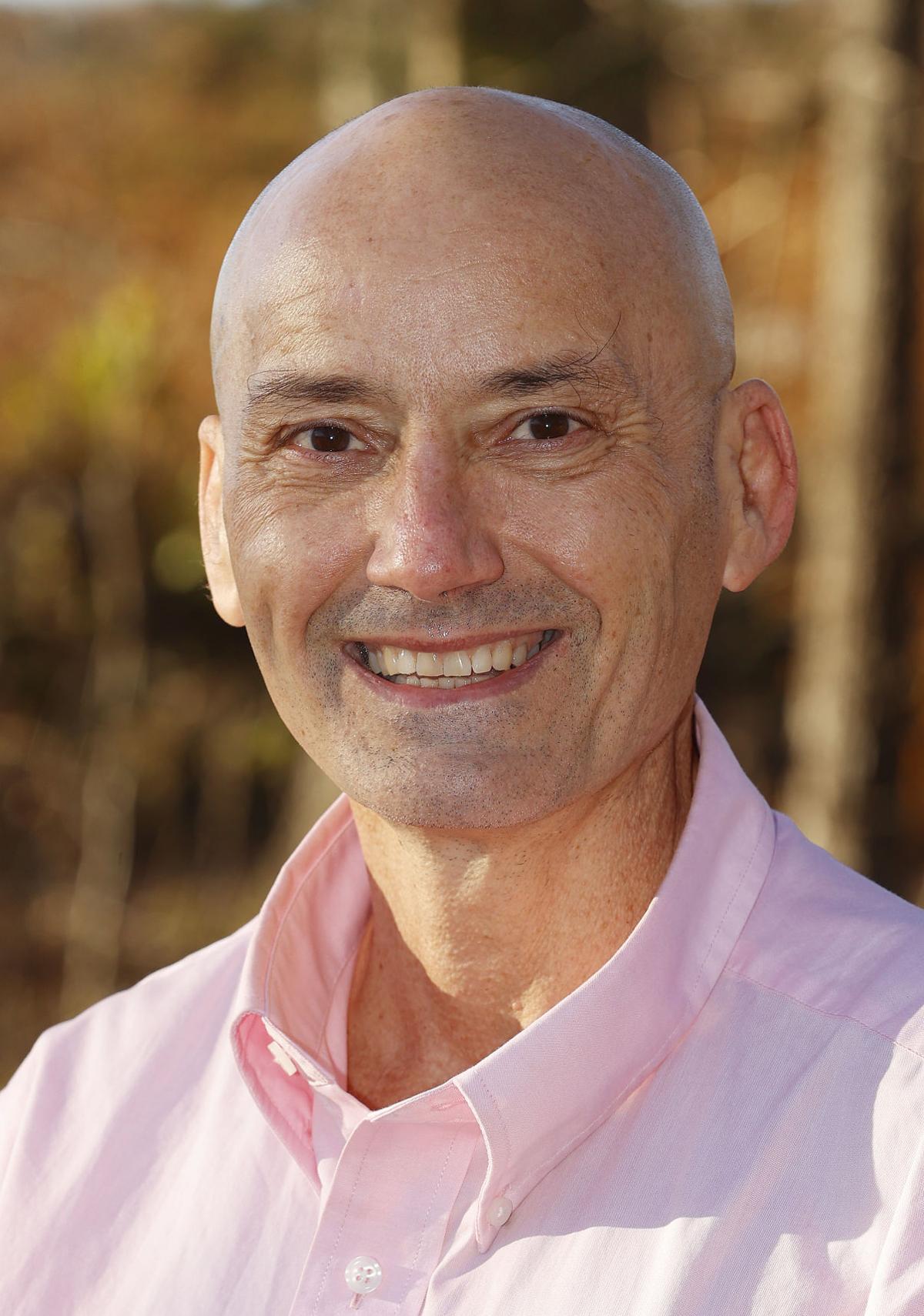 Rebecca Herrera says you don’t know the half of it.

“It’s definitely been a journey,” she says.

Which represents a most charitable use of “journey.”

She’s been to the edge of death and back. An inherited kidney disease led to a downward spiral in her health, which left this most independent of women — she's worked as a Virginia Capitol Police sergeant — completely dependent on others. Her faith never wavered, but her strength and energy deserted her.

Ultimately, she underwent a life-saving kidney transplant, a long process that included all kinds of complications, COVID-19 among them. Along the way, she suffered the loss of her mother.

Now, she’s better. Much better. And this is the first Thanksgiving in a long time that she’s felt like her old self.

She’s started making a list of people who helped her through the ordeal — “a long list,” she says — and writing notes to thank them.

At the top of the list is Rob Carscadden. He gave her one of his kidneys.

“He thinks he just gave me a kidney,” she said, “but he gave me my life back. I’ll forever be grateful. FOREVER.”

Even, he says, like siblings — with utterly different personalities.

She is a career law enforcement officer (though a back injury suffered on the job had limited her ability to work even before the transplant). “Always very straight and narrow,” says Herrera, who describes Carscadden as “this funny, quirky guy. A comedian. He’s a hoot.”

For his part, Carscadden says he’s not actually frightened of her, but he said she is most definitely “Sergeant Herrera 100 percent.”

When I asked if the two of them could get together for a photo to accompany this story, Carscadden said Herrera made suggestions for what he might wear for the photo. “Maybe khakis and a white shirt,” he said she mentioned, “which means, ‘Wear that!’”

He settled on khakis and a pink shirt.

“Just close enough so she can’t complain, but she’ll give me a look,” Carscadden said with a laugh. “I love her to death, but I will poke the bear a little bit.”

Herrera has polycystic kidney disease, a genetic disease that causes uncontrolled growth of cysts in the kidney eventually leading to kidney failure. The disease is passed from affected parent to child. Her mother had it. Her brother has it. She has uncles and cousins who have died from it.

“This is something I have been accustomed to all my life,” she said.

But only in recent years did the disease start causing her kidneys to fail. Dialysis is a stopgap remedy, though sitting hooked up to a machine to filter your blood for three to five hours at a time, several days week, is not something you want to do for long, if you can help it. A kidney transplant is the best long-term solution. Her mother had a transplant, and so did her brother. When Herrera began considering a transplant, one of her three daughters, Erica, offered to donate one of her kidneys, as a kidney from a living donor, compared to one from a deceased donor, is generally believed to offer the prospect of a better outcome for the recipient. Also, the waiting list for a deceased donor kidney is long.

Thanks to medical advancements, transplants involving living donors is no longer the news flash it would have been a couple of generations ago. According to Richmond-based United Network for Organ Sharing, of more than 513,000 kidney transplants since 1988, more than 168,000 have come from living donors, including almost 5,000 so far this year. But donating an organ still strikes me as a pretty gigantic deal.

Alas, testing revealed Herrera’s daughter also has PKD, so she was not a suitable candidate.

Erica, now in law school at Howard University, keeps in touch with her friend, Grace Carscadden, a registered nurse, whom she’s known since kindergarten. They were talking one day, and Erica told her how her mom needed a kidney transplant but that she was unable to help. Grace mentioned it to her father, Rob.

Funny thing, Rob Carscadden had been mulling over the idea of donating a kidney anonymously to anyone who needed it.

He recalled an interview he heard on National Public Radio with a man who had donated a kidney.

“The analogy he used was, if you have two pantries of food, and you only need one and your neighbor has none, of course you give it to them,” Carscadden said.

When he found out Herrera needed a kidney, he though, “It seemed such perfect timing.”

He phoned Herrera. They talked. He offered her a kidney.

“After I hung up the phone,” said Herrera, “I thought, ‘Was he really serious?’”

Carscadden, a statistician and data scientist by profession, dug into the UNOS data and came away convinced that while there is certainly risk to donating a kidney the chance of something terrible happening to him was pretty small.

The evaluation process for a potential living donor is lengthy and involved. Carscadden proved to be a solid candidate and a suitable match. Herrera then had to be prepared. A recipient’s native kidneys are not typically removed for a transplant because that’s the sort of major surgery best avoided. However, Herrera’s diseased kidneys had grown so abnormally large there was insufficient space for a transplanted kidney.

In November 2019, surgeons removed both of her kidneys. In the process, though, she developed an infection that almost killed her, she said.

“It was kind of touch-and-go,” she said. “They called my family together. Somehow I pulled through.”

Then there was a bout with a norovirus, and her weight plummeted below 100 pounds. All the while, she had to be on dialysis because she had no kidneys, diseased or otherwise.

“I could not eat, could not drink,” she recalled. “I had no will to live, I was so weak. Just awful. That was one of the lowest times of my life.”

In her weakened state, the transplant was postponed for months, and then she had to be treated for fluid build-up around her heart. The onset of the pandemic changed hospital procedures and delayed the surgery even longer.

All the while, Carscadden waited patiently, though Herrera worried he could change his mind at any point.

Finally, in May 2020, the transplant was performed at UVA Transplant Center in Charlottesville.

As she recovered last fall, her mother, who lived with her, fell ill and went into hospice care. Herrera visited her every day. This was before COVID-19 vaccines became available, and she understood the risk of contracting the coronavirus as a transplant recipient on medication that compromised her immune system, “But that was my mother, so I went anyway.”

Herrera did indeed become infected with COVID-19. She was quite ill, but with the help and guidance of her transplant team she was able to manage without being hospitalized.

A longtime distance runner (as was Herrera until her back injury), he finished first in Gritty Leakes Trail Marathon in Goochland in early November, a sure sign he has successfully resumed the rest of his life.

“I think the big takeaway is people shouldn’t be afraid” of considering kidney donation, he said.

“At least think about these things, especially at the holiday season,” he said of good deeds. “Maybe not a kidney. Maybe just go visit an elderly neighbor who’s alone. Just do something.”

He added, “Little things mean much more than we think.”

Rebecca Herrera, a Virginia Capitol Police officer who suffers from a genetic kidney disorder received a liver transplant from her friend Rob Carscadden. Photo was taken on Tuesday, November 23, 2021.