Lohmann: Sharing a love of (really) old music through the generations
0 Comments
Share this
1 of 2 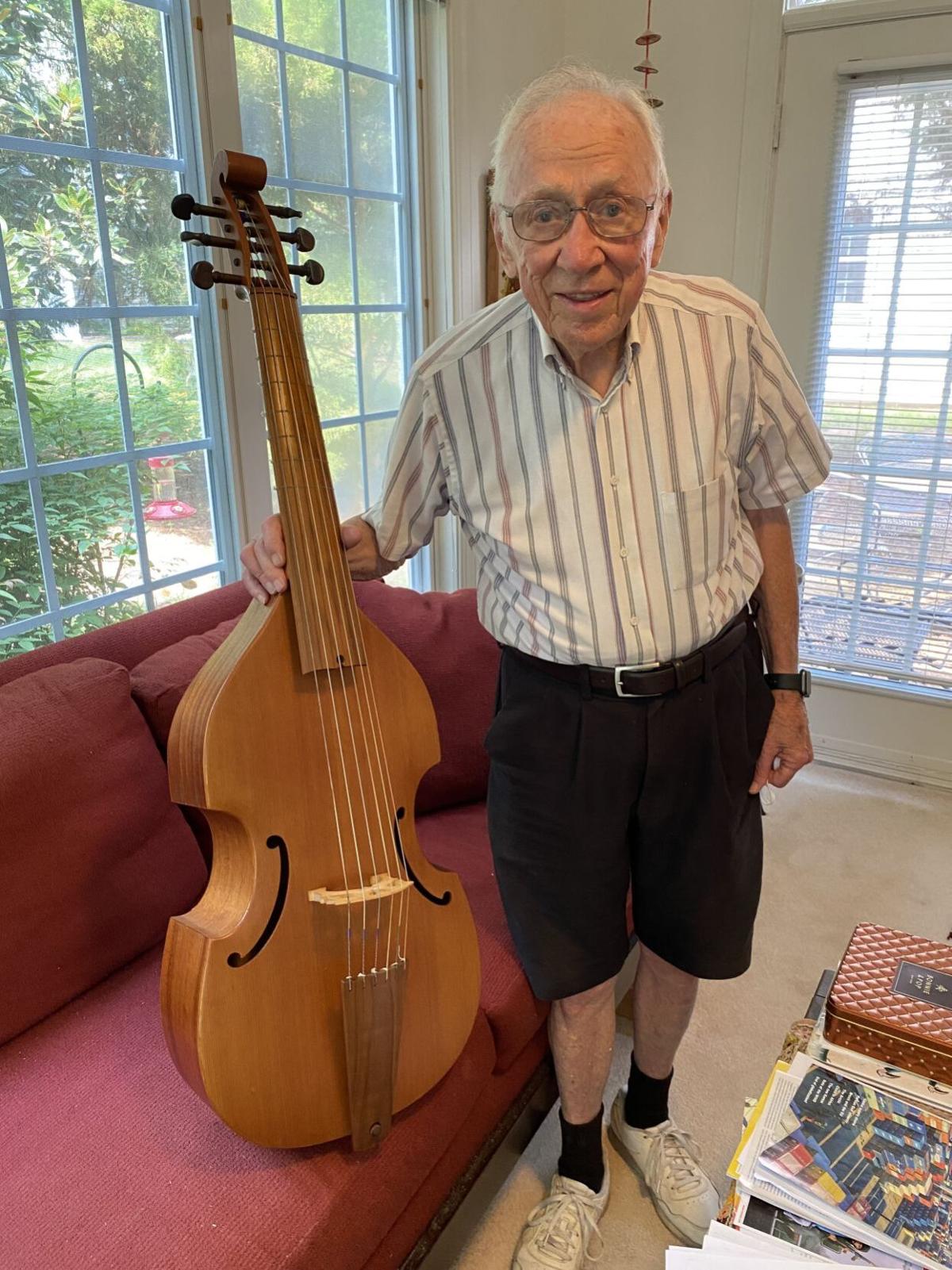 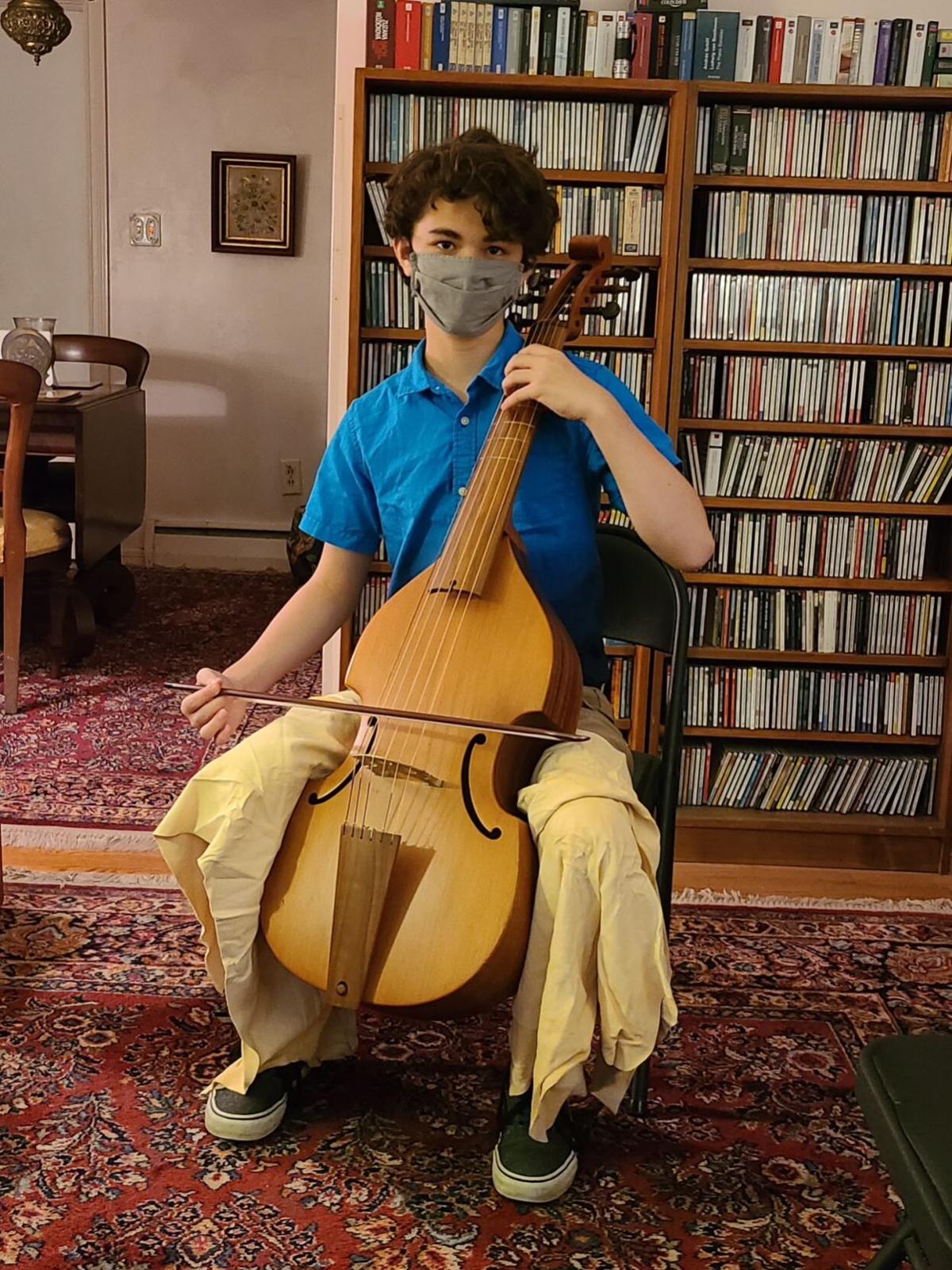 Toshi Yamashita, a freshman at Hanover High School, is a student in RVA Baroque’s Bach to the Future workshop.

His love of music — or, at least, his attention to it — started early.

George D. Watkins was 5 years old when his grandmother, who played piano and organ and lived with his family, began teaching Watkins and his older sister to play piano. The lessons lasted for about five years.

“Then, of course, we finally got to the age where we didn’t want to do that anymore,” Watkins recalled with a laugh. “But that got it started. I’ve never forgotten it. I still can hack away at the piano a little bit.”

Now 97, Watkins has a baby grand piano in his home in western Henrico County. Also a harpsichord, which provides an additional glimpse into his musical appreciation and a particular era of interest.

Watkins, a physicist renowned enough to have his own Wikipedia page, is a fan of early music — think renaissance and baroque — and the instruments that were popular during those periods.

He has played and collected some of those instruments, and he recently donated a six-string viola da gamba and four crumhorns to RVA Baroque, a local nonprofit that specializes in performing baroque music on historical instruments.

A viola da gamba looks something like a cello and is held between the legs like a cello, but it has more strings than a cello, has frets like a guitar and is played with a different bowing motion, producing a sound that has been described as softer and brighter than a cello. A crumhorn is a double-reed wind instrument (similar to an oboe) with finger holes like a recorder and a lower end that curves upward.

On Sunday, RVA Baroque, in partnership with Classical Revolution RVA, will hold its first master class, a baroque strings workshop they’re calling Bach to the Future, in front of an audience at Common House Richmond, 303 W. Broad St. To secure a free ticket to the 2 p.m. event, RSVP at Commonhouse.com as “Classical Revolution Guest.”

RVA Baroque began as little more than a group of friends who enjoyed getting together and playing music from the period — roughly 1600 to 1750 — on instruments (or reproductions) that were widely used then, an approach officially known as “historically informed performance.”

The ensemble’s first public performance, in 2009, came about because group member Raphael Seligmann “kind of rashly signed us up for a silent auction.” The winning bidder, a local dentist Seligmann knew through the Rotary Club of Richmond, wanted the group to play at a party for his office staff.

“We went to his beautiful house and played for about 20 people,” Seligmann said. “A mini-concert. We just played while they were socializing. That was exactly the kind of setting where so much music in the baroque era” was written and performed for.

Over the years, RVA Baroque has performed around town and in radio broadcasts and has partnered with various arts organizations. It is in the process of creating an original opera. When the organization obtained nonprofit status, said Seligmann, RVA Baroque’s artistic director, members of the group asked themselves: “What do we stand for? What do we want to be in the community?”

“We want to be a presenting organization and put on nice concerts for people and put on affordable concerts so many people can attend, but, we thought, ‘We’ve got this expertise in playing old instruments in a historically appropriate way. A lot of musicians in town ... probably don’t know anything about how the instruments were played and how they sound best for old music. Why don’t we teach people?’ But what we needed were instruments.”

Such historical instruments are expensive, as are replicas made in the last century, so the group started asking around, and donations have been coming in. Recent notable donations include a period violin, viola, flute and several recorders from Blake Morris, a founding board member of RVA Baroque who also was among the first Richmonders with a talent for playing baroque music that Watkins met after he and his wife moved here in 2005.

New to town, the Watkinses were searching for someone else who played viola da gamba, and Morris was the first person they found. Then they met Seligmann, who joined in their little chamber group from time to time, and now, years later, they are all sharing their music and instruments with the wider community.

Five local musicians, including a mother-son duo, were selected for the Bach to the Future workshop, given loaner instruments and an introductory lesson.

On Sunday, the students will perform the pieces they’ve been working on, some with harpsichord accompaniment provided by RVA Baroque’s Joel Kumro, and will receive coaching from professional baroque musicians: David Sariti from the University of Virginia and Brady Lanier from Colonial Williamsburg. The program will end with a mini-concert given by the students and coaches playing as an ensemble.

Watkins plans to attend Sunday’s event. He said his motive for donating the instruments is “just to encourage more interest and participation in early music playing, and to help RVA Baroque in its increased activity.”

Watkins was born in Evanston, Ill., but moved to Ashland at age 9 when his parents acquired The Herald Progress weekly newspaper. His family operated the paper for about 50 years.

In his younger days, besides piano, Watkins played saxophone and clarinet. He played in a dance band during his years at Randolph-Macon College, and he also was part of a five-piece “Jam group” that performed at a place on Route 1 between Ashland and Richmond called the Wigwam, which he described as a “bring-your-own-booze nightclub.”

He later developed an interest in early music, in part, he thinks, because he was a scientist, he said.

“I liked Bach because he was very mathematical,” Watkins said. “Very complicated arrangements, but also still very musical. That’s probably the one thing that makes it interesting to me. It’s very simple chord structures but clever use of them.”

After he finished his graduate work at Harvard and took a job at a General Electric research laboratory in Schenectady, N.Y., he joined a group that got together at lunchtime to play baroque and renaissance music on handmade, wooden recorders.

His late wife Carolyn’s interest (she went by “Chick”) in viola da gamba eventually led him in that direction, and they were part of a Friday night group of gamba players for many years after they moved to Bethlehem, Pa., where Watkins was a professor of physics at Lehigh University.

“We’d always end up with wine and cheese,” he said of the Friday night gatherings.

Bach to the Future

Toshi Yamashita, a freshman at Hanover High School, is a student in RVA Baroque’s Bach to the Future workshop.