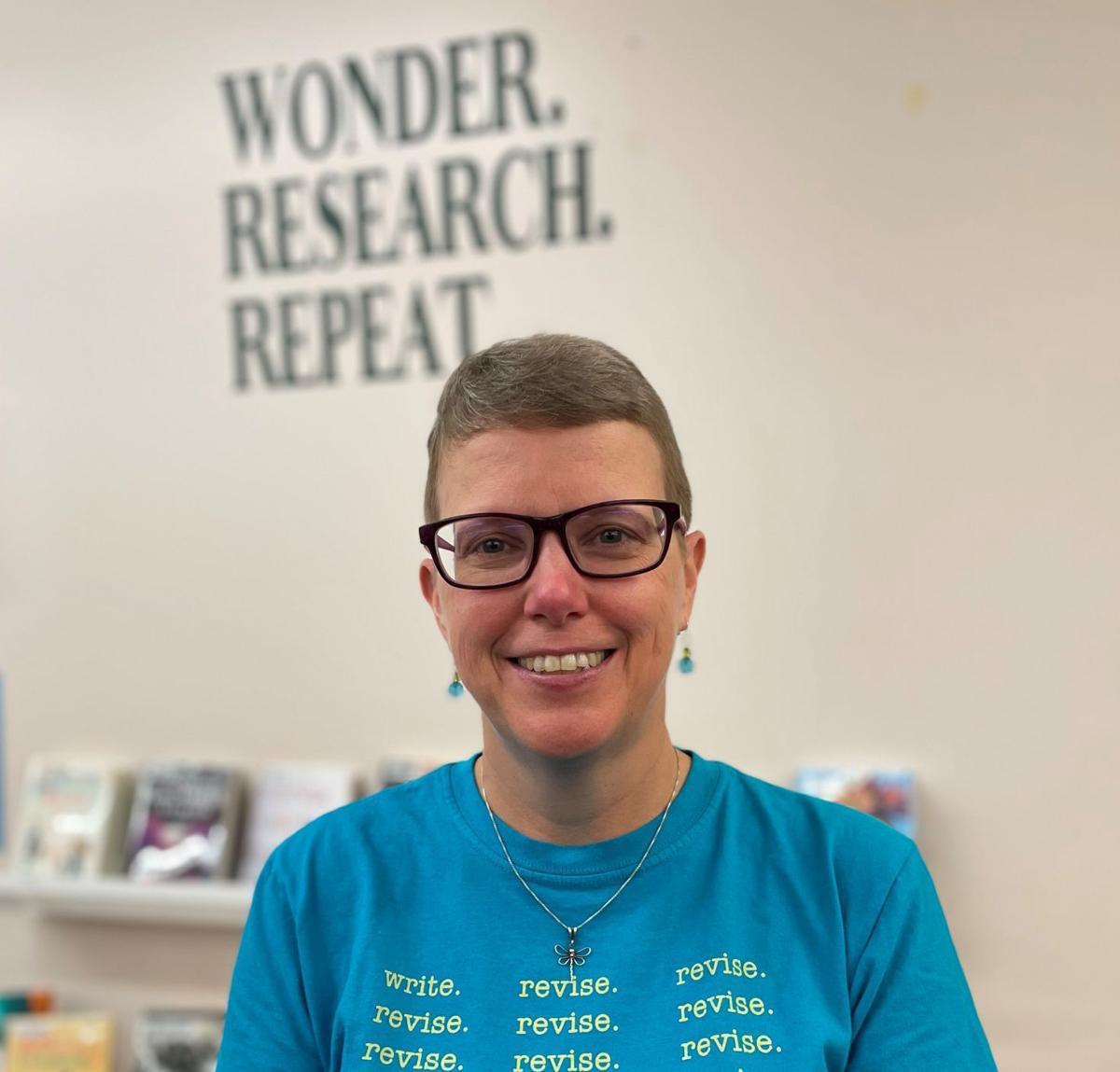 Wendy DeGroat is librarian at the Maggie L. Walker Governor’s School for Government and International Studies. 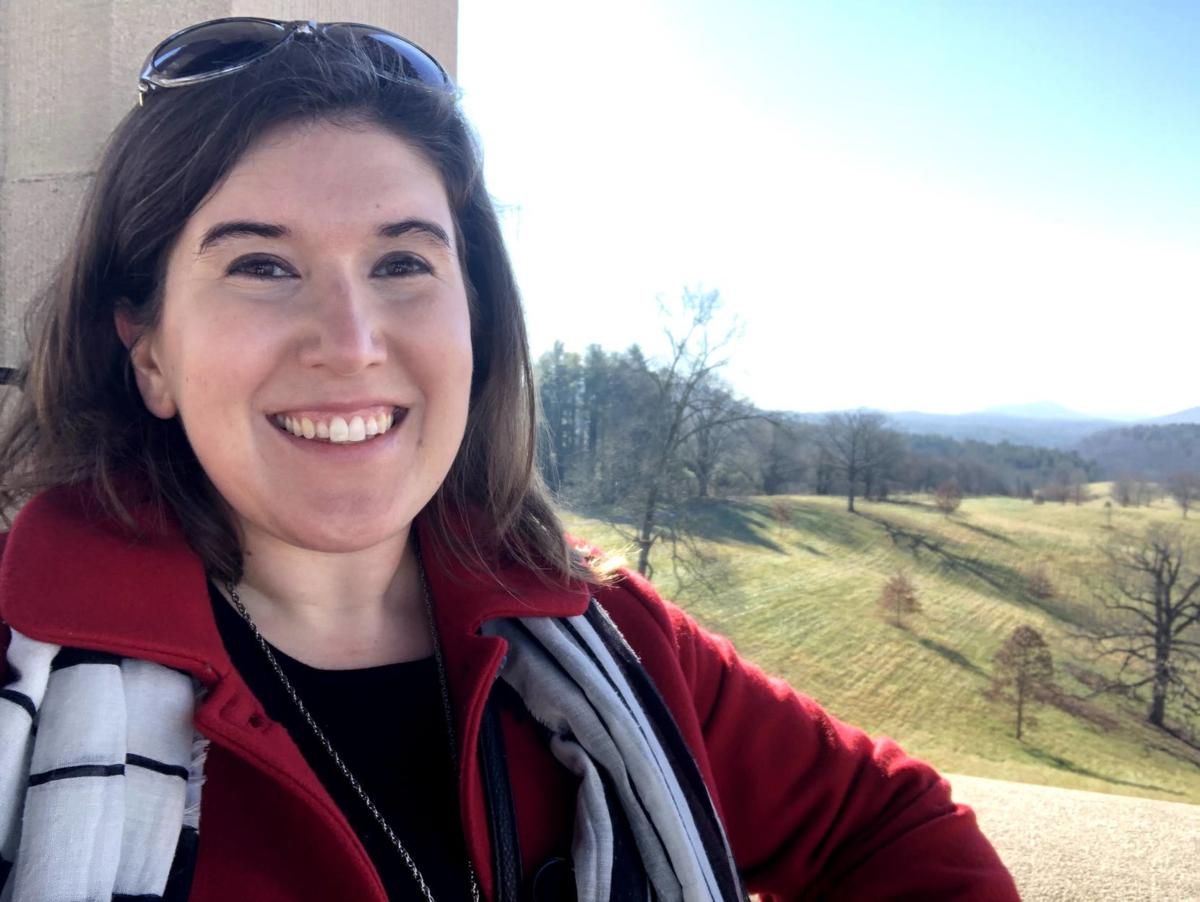 Is there anything more elusive these days than common ground?

To address that, two local high schools have signed on to a national initiative that aims to bridge the nation’s divide by having people sit down for a conversation.

The program is One Small Step, a project from the same folks who brought us StoryCorps, which has recorded hundreds of thousands of one-on-one conversations since 2003 and archived them at the Library of Congress.

While StoryCorps featured conversations between people who already knew each other, One Small Step takes the idea a step further and pairs strangers — or at least people who don’t know each other well — with differing viewpoints as a way of helping people get past labels. Though political differences present a most obvious divide, One Small Step conversations are not about politics but about people: who we are and how experiences have shaped how we see the world.

As Dave Isay, founder of StoryCorps, has said, “We need to figure out some way to see each other as human beings again.”

Or, as Isay also has said, even more succinctly: “It’s hard to hate up close.”

In late 2020, One Small Step was launched in four cities across the country, including Richmond. Among the volunteer participants were Stefanie Jochman, an English teacher at Trinity Episcopal School, and Wendy DeGroat, librarian at the Maggie L. Walker Governor’s School for Government and International Studies. They were inspired enough by their experiences to carry the project back to their schools and have students (and, in some cases, faculty) record one-on-one conversations with each other. Both said the exercise has proved enlightening.

Jochman was among a group from Trinity that attended Isay’s appearance at the Richmond Forum in January 2020, when he talked about One Small Step. She was moved by what he talked about and moved again when she had her own One Small Step conversations, particularly the one this past January when she and her partner read one another’s biographies to each other, part of the structured One Small Step approach that aims to help participants warm to tackling difficult issues.

“Hearing somebody else read my story to me was particularly moving, and then I read his story to him, and it just created this moment of connection,” Jochman said. “It really does make you recognize the person sitting across from you is another human being with a very full story and a very full life to share.

“I had such a positive experience with it that I thought it was something we could really adapt at Trinity.”

As a member of the school’s Diversity, Equity and Inclusion Committee, Jochman said she and other members were seeking ways to “build community” by helping students and faculty know each other’s stories.

DeGroat recorded her One Small Step conversation in February, with a local minister, shortly before she embarked on her school’s One Small Step project. She wanted to have the experience so she could speak first-hand about it with the students. She added another layer of experience by recording a One Small Step-type conversation with a fellow teacher at Maggie Walker, who is “very different politically. We have some similar values, but we have them for different reasons,” DeGroat said.

“Then I gave students the option of listening to samples from that conversation ... so they could hear us kind of grapple with differences of opinion,” DeGroat said.

One Small Step uses a methodology based on a concept called “contact theory,” Isay wrote in an op-ed in the Richmond Times-Dispatch in May.

“Contact theory posits that if you put strangers together face to face under certain conditions, and they have a visceral, emotional interaction with one another, preconceived feelings of mistrust — even hate — melt away, and people will begin seeing each other in a completely different light,” he wrote.

The divide among students who participated at the schools was not so gaping that any “hate” needed to be melted away, but the concept of contact theory played out in in terms of helping students understand and empathize with one another a tick or two away on the ideological chart. Or as Jochman put it, “A good exercise in learning to hear somebody before making a judgment.”

“If you want some affirmation of the goodness of humanity, that’s a really great way to do that,” said Jochman, who sat in as a facilitator in several of the conversations at Trinity, which generally took place in person once the students returned to in-school learning. A dozen students wound up recording conversations. Eleven faculty members also were involved.

“To hear a senior helping a freshman along as they’re talking about some complicated topics, or just to hear two students who didn’t know each other connect and find common ground, encourage one another about goals and dreams. It’s just really moving.”

At the end of one conversation, Jochman said, a senior and sophomore came to the same conclusion: “Everybody should be required to do this.”

Those students suggested freshmen and seniors have such conversations at the beginning of each school year or set aside a week where students intentionally eat lunch with other students they don’t know. Jochman likes the idea of incorporating One Small Step into professional development for faculty.

In any case, she’d like to keep it going at Trinity.

“As a teacher, I’m thinking about how can I take the best pieces of it and find some ways to blend that into what happens in my classroom,” she said.

Same with DeGroat, a mindfulness instructor, who went a step further and set up workshops for students before the conversations. One session focused on self-awareness and reflection regarding the students’ own political beliefs. She also taught “listening to understand” and mindfulness techniques for use before and during conversations as well as strategies for getting a conversation back on track.

About 40 students completed the program, recording conversations remotely — through the StoryCorps digital platform — that lasted between 30 minutes and two hours.

“I love the students here so much, and they’re so irrepressibly curious,” she said. “It’s one of the things that make it such a delight to be their librarian. Bringing this program to them, I think, was a really good match for their natural curiosity and their orientation toward compassion and toward politics in some sense.

“The idea was that all of this would prepare them to have more high-stakes conversations with someone in their life who they care deeply about who has a different political viewpoint than theirs. But it was meant to be something that could help them overall, not just in school.”

The first goal of the school’s strategic plan “focuses on fostering a sense of belonging for all, and that was … the guiding principle behind the program,” DeGroat said.

On the surface, One Small Step does not seem particularly complicated — get people to sit down and talk through their differences, beginning with learning what they have in common — but it is clever in bringing people to the discovery of commonalities with their partner in conversation, Jochman said, though it’s something that happens too rarely in real life.

“People just don’t sit down next to a stranger and say, ‘Tell me about your life and how you came to be who you are,’” she said. “Because this is so intentional, because the purpose is so clear, people go in knowing what to expect. So you go in thoughtfully and intentionally and hopefully with an open mind and heart. I think going in knowing the other person is just as willing to be vulnerable as you creates a safer space, and it paves the way for some curiosity.”

Find out more at:

Wendy DeGroat is librarian at the Maggie L. Walker Governor’s School for Government and International Studies.