Lohmann: Two Richmonders who left an impact on their communities died this month
4 comments
Share this
1 of 3 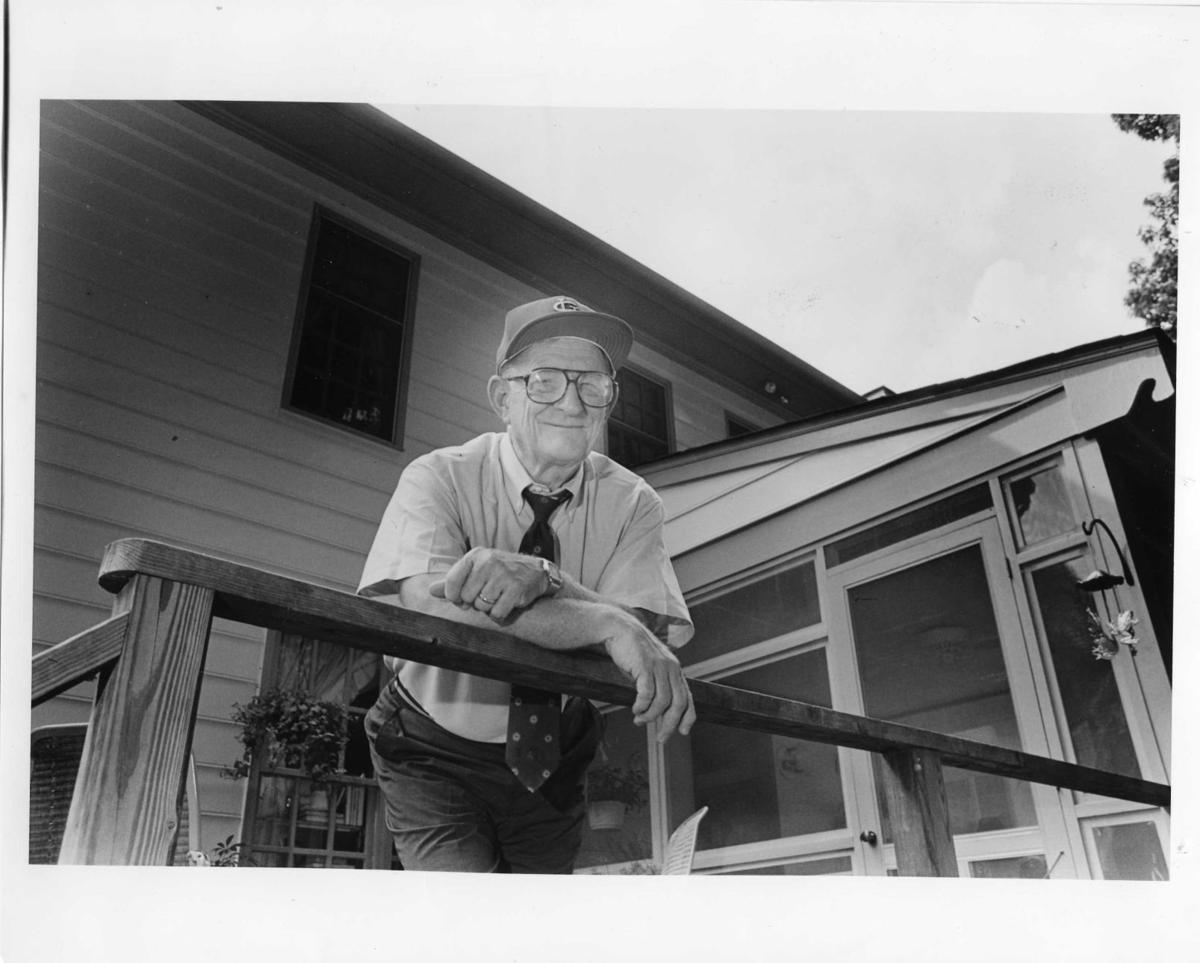 Retired Richmond Circuit Judge James M. Lumpkin, in a 1992 photo, wearing a cap from his favorite baseball team, the St. Louis Cardinals, at his home in South Richmond. Lumpkin died 8/5/20, at the age of 92. 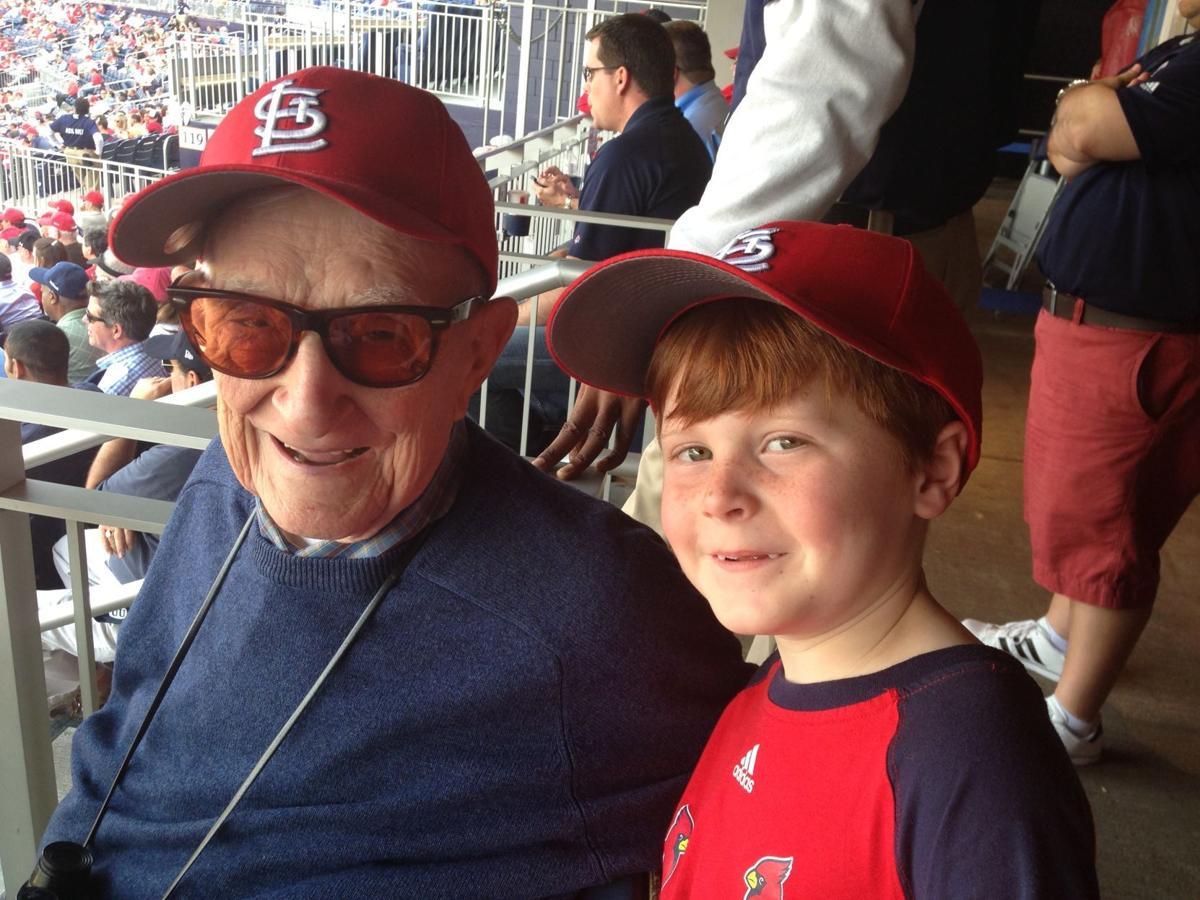 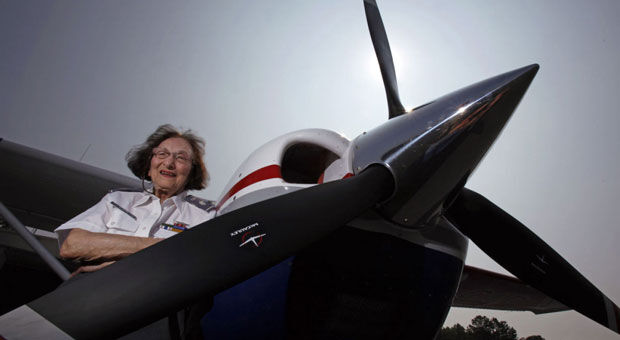 Carolyn Weiss Guertin, a member of the Civil Air Patrol since the 1940s, pursued a lifelong interest in aviation.

They were both 92 when they died earlier this month, lifelong Richmonders who lived good, long lives, and made a difference in their community in very different ways.

I was glad to know them both.

You do this work as long as I have, you get to know a lot of people along the way, meaning as the years sail by you lose some, too. James M. Lumpkin and Carolyn Weiss Guertin, now among the latter, found themselves in stories of mine over the years.

Lumpkin was a retired Richmond circuit judge, but I knew of him mostly because he was a fan of the St. Louis Cardinals. He grew up in the same neighborhood as my dad, though he was a few years older, and went to the same school (John Marshall High). Over the years, whenever they saw each other downtown, they would exchange pleasantries and notes on the Cardinals.

My father died 34 years ago, but connecting with people he knew — Lumpkin among them — has helped me stay connected to him. The first and only time I went to see Lumpkin at his office at the John Marshall Courts Building in 1992, just before he retired, he growled at me as soon as I walked in.

“You didn’t bow,” he grumbled.

Bow to whom? Not having spent a great deal of time in courthouses, I thought perhaps I was unaware of some peculiar legal ritual, but before I got to thinking about it too much Lumpkin nodded toward a framed picture of the greatest Cardinal of them all, Stan Musial. I moved in for a closer look and saw The Man had signed it: “To Judge Jim, A great fan.”

Lumpkin had a rugged, steely countenance and a well-earned reputation on the bench for being firm but fair. Get him talking about the Cardinals, though, and his demeanor softened considerably — unless the conversation was about an infielder who couldn’t hit his weight or a relief pitcher who couldn’t get me out.

He and I would get together for lunch from time to time, along with our mutual Cardinals friend Walter Tucker, who was my dad’s friend and classmate through what was called grammar school in those days, including in fifth grade when their teacher permitted them to bring a radio into the classroom so they could listen to Game 5 of the 1942 World Series between the Cardinals and New York Yankees. The boys were thrilled when the Cardinals won the game — and the series — with a ninth-inning home run, and so was the teacher, knowing there would be no radios in the classroom for the now-unnecessary Games 6 or 7.

The three of us even took a road trip to Washington in the late 1990s to meet Musial himself at a bipartisan gathering (bipartisan in terms of political parties, but totally partisan in the sense the room was filled with only Cardinals fans).

Musial was about a decade older than Lumpkin and Tucker, so, relatively speaking, we were all kids as we listened to Musial play “Take Me Out to the Ballgame” on his harmonica and then waited to shake his hand and get an autograph. On the drive up and down I-95, I happily kept my mouth shut as they bantered about great Cardinals teams and players from their younger days. It was like riding with my dad again.

I came to know Carolyn Weiss Guertin not quite 10 years ago when I wrote about her almost lifelong involvement with the Civil Air Patrol, which she joined soon after it came into being in 1941. She was only 13.

She’s also always loved the idea of flight, proven by the fact she piloted a plane three years before she drove a car. For a 2011 story, she said that as a kid she used to sit on her back porch with paper and pencil trying to calculate how old she would be if she were to fly at certain speeds to different planets. In later years, she would lie in bed at night and instead of counting sheep would listen for aircraft and try to identify them based on the sound of their engines.

She had flown along on a Civil Air Patrol training mission a few weeks before our 2011 conversation.

“Man, I jumped at that!” she said with the sort of unbridled enthusiasm you would expect a child to have about an ice cream cone. Guertin was almost 83 at the time and had endured a broken back — twice — in the years leading to that point. But this was not someone who was easily deterred from reaching her goals.

Decades ago, she was told she might not walk again because of a leg ailment. So, in 1998, she competed in the 5-mile race of the Richmond Marathon. She and her walker didn’t win the race, but they finished.

I visited Guertin again in 2015 after she had been presented the Congressional Gold Medal for her work with the Civil Air Patrol, the official civilian auxiliary of the U.S. Air Force. She couldn’t have been prouder.

A few weeks ago, I received word that Guertin’s health was failing and her time was short. I called to let her know I was thinking about her.

She got to reminiscing about her life and all that she’d done — she took great pleasure in having met famous people involved in aviation. She met war hero Gen. Jimmy Doolittle; the father of the modern helicopter, Igor Sikorsky; and astronaut Buzz Aldrin. She even danced once with famed test pilot Chuck Yeager. Her late husband, Donald Guertin, was a B-17 pilot in World War II.

She told me she still had one more person she really wanted to meet: Chesley “Sully” Sullenberger, the retired Air Force fighter pilot and airline captain best known for safely ditching his US Airways plane in the Hudson River in January 2009 after both engines were disabled. All 155 people aboard survived. I’m told Guertin got her wish, chatting by phone with Sullenberger, a few days before her death.

When I interviewed her in 2015, Guertin had told me she had a long-standing desire to travel to the moon and maybe Mars, and that in the great beyond she hoped “the good Lord sends me out to explore the universe.”

So, in the years to come, she told me before we said goodbye, as we marvel at space travel and whatever discoveries are made in worlds beyond ours, she had one final wish:

Retired Richmond Circuit Judge James M. Lumpkin, in a 1992 photo, wearing a cap from his favorite baseball team, the St. Louis Cardinals, at his home in South Richmond. Lumpkin died 8/5/20, at the age of 92.

Carolyn Weiss Guertin, a member of the Civil Air Patrol since the 1940s, pursued a lifelong interest in aviation.