Maggie L. Walker's grave site among those vandalized at historic cemeteries
16 comments
Share this
{{featured_button_text}}
1 of 8 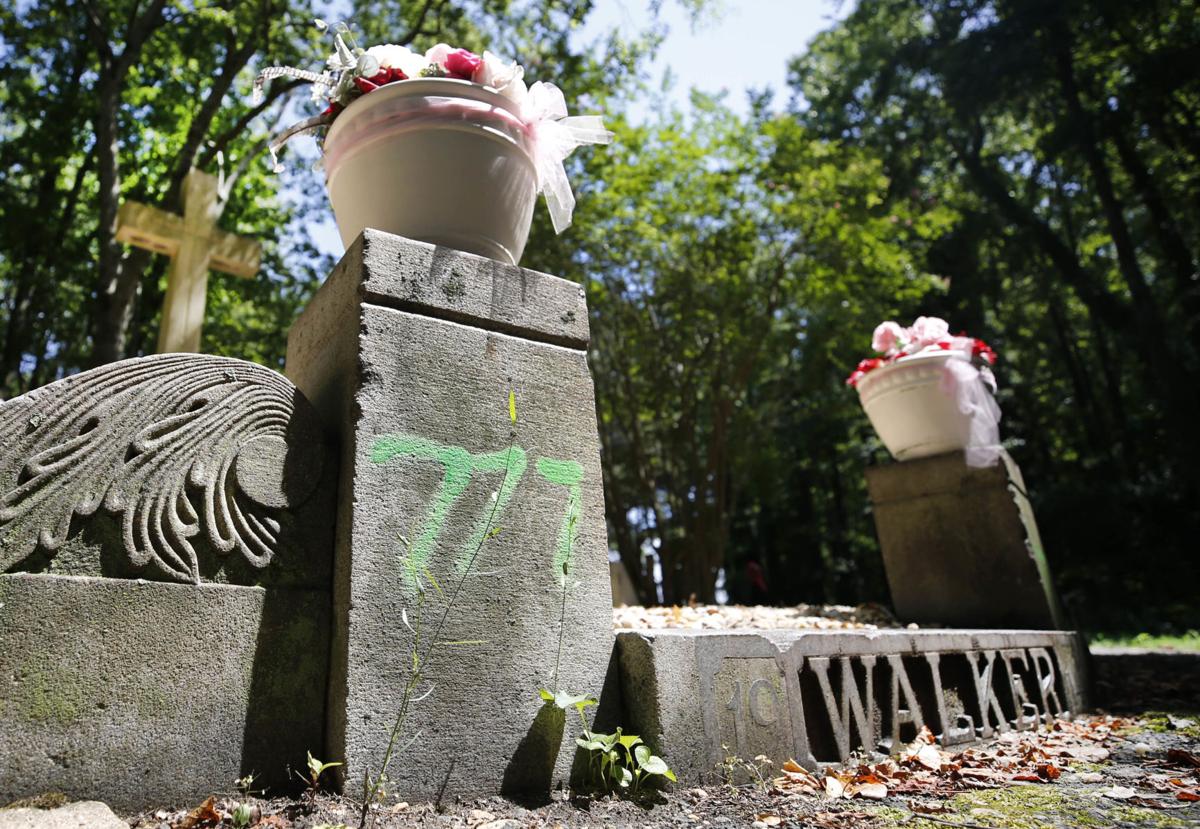 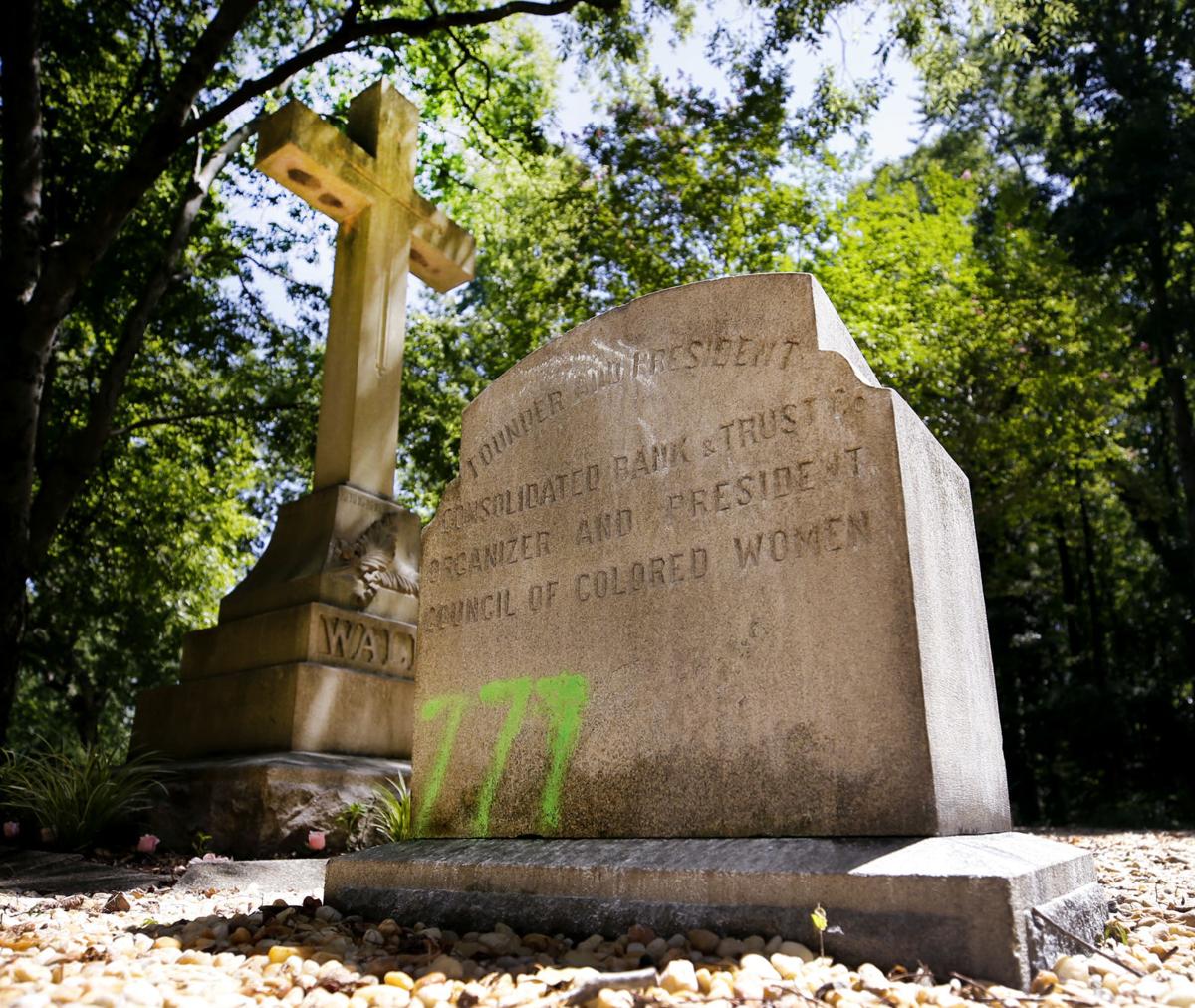 In Evergreen Cemetery, the gravesite of Richmond icon Maggie L. Walker was defaced with spray paint and the numerals “777.” This is the back of her headstone. 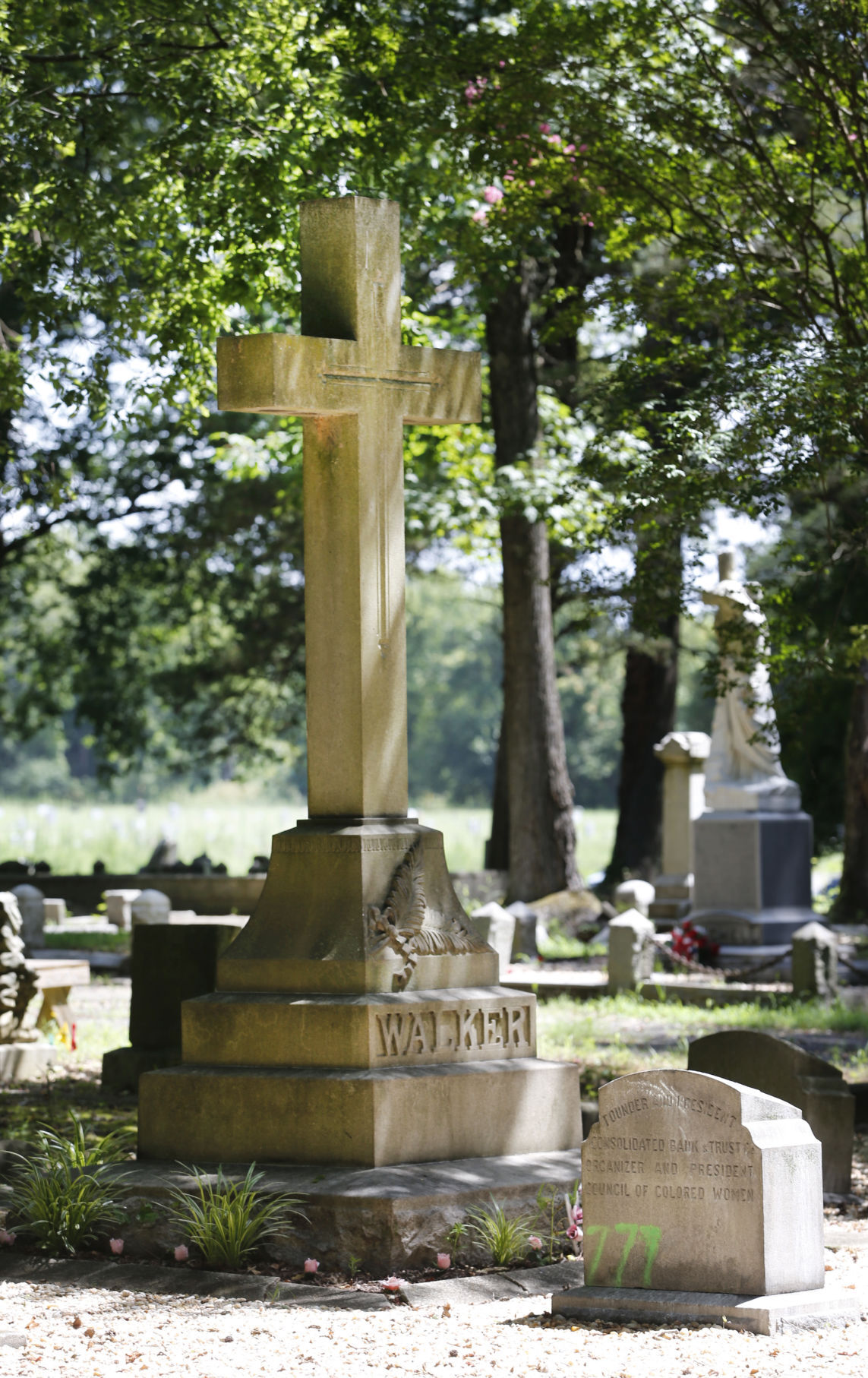 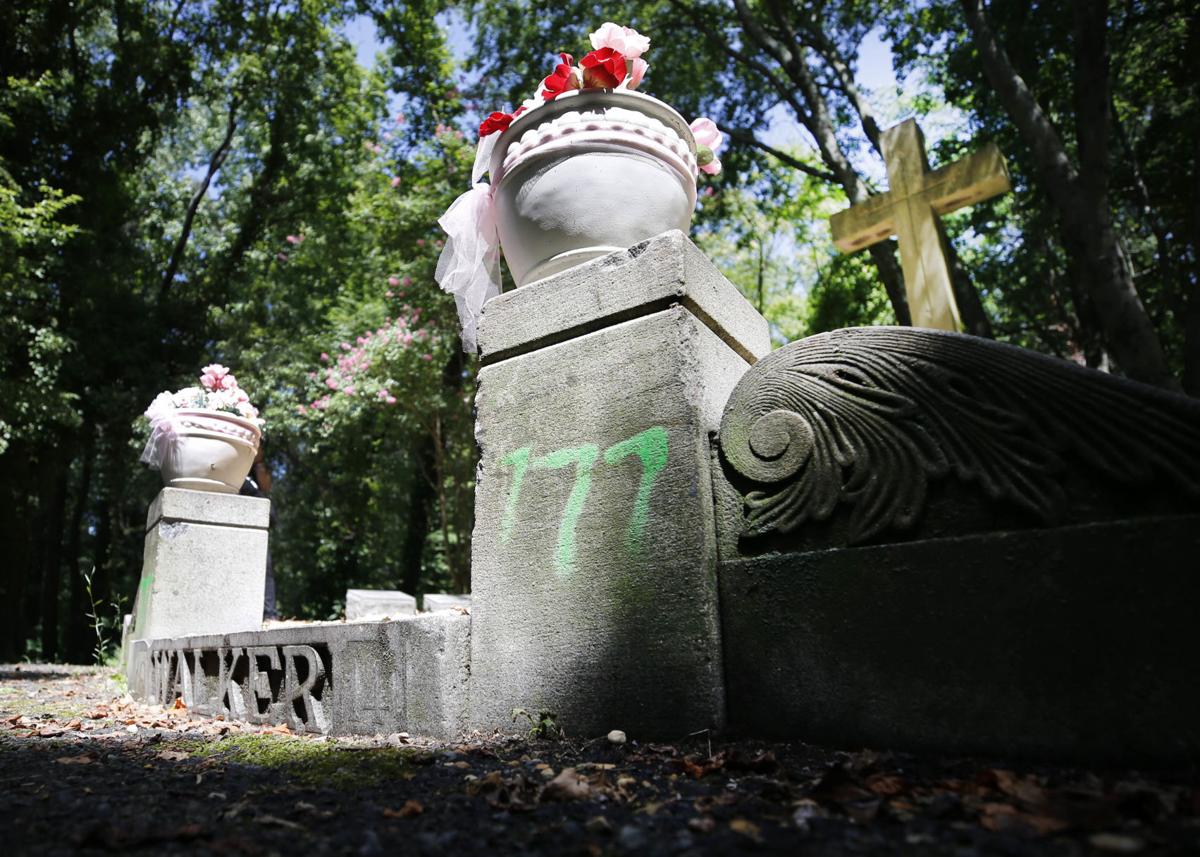 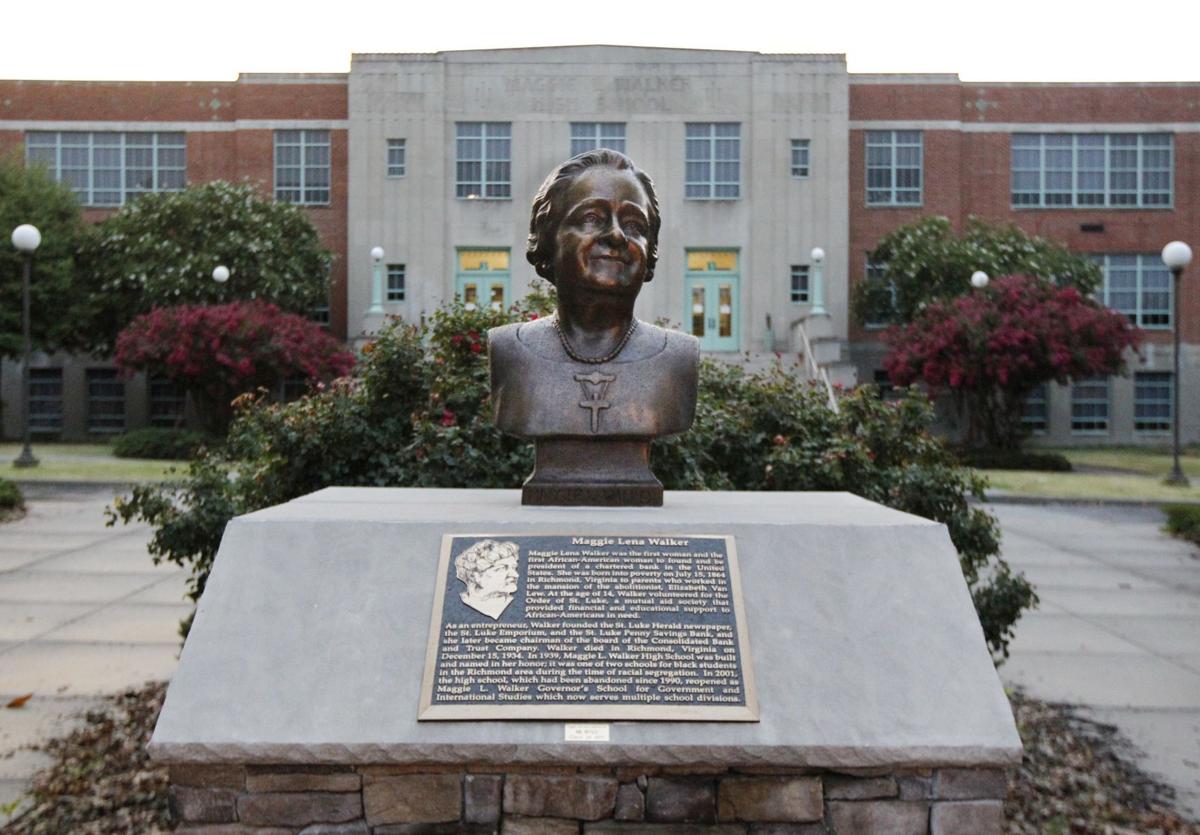 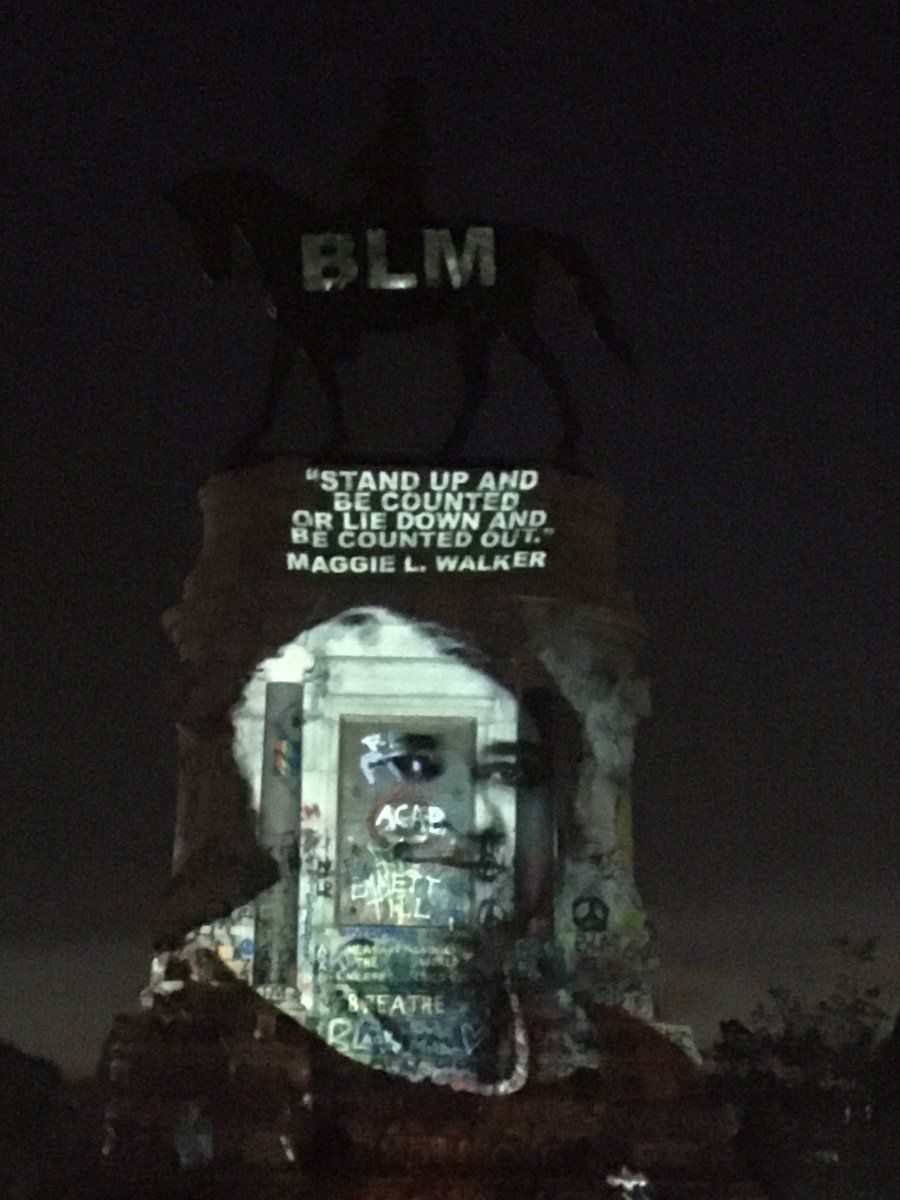 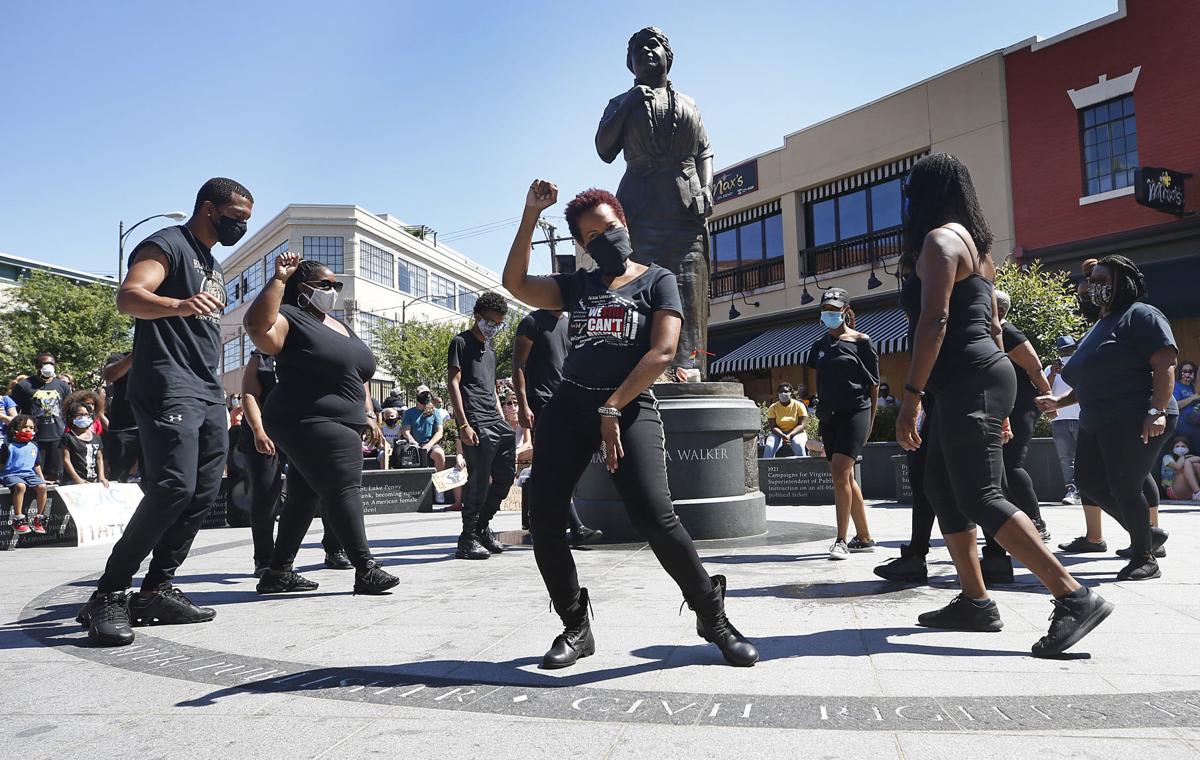 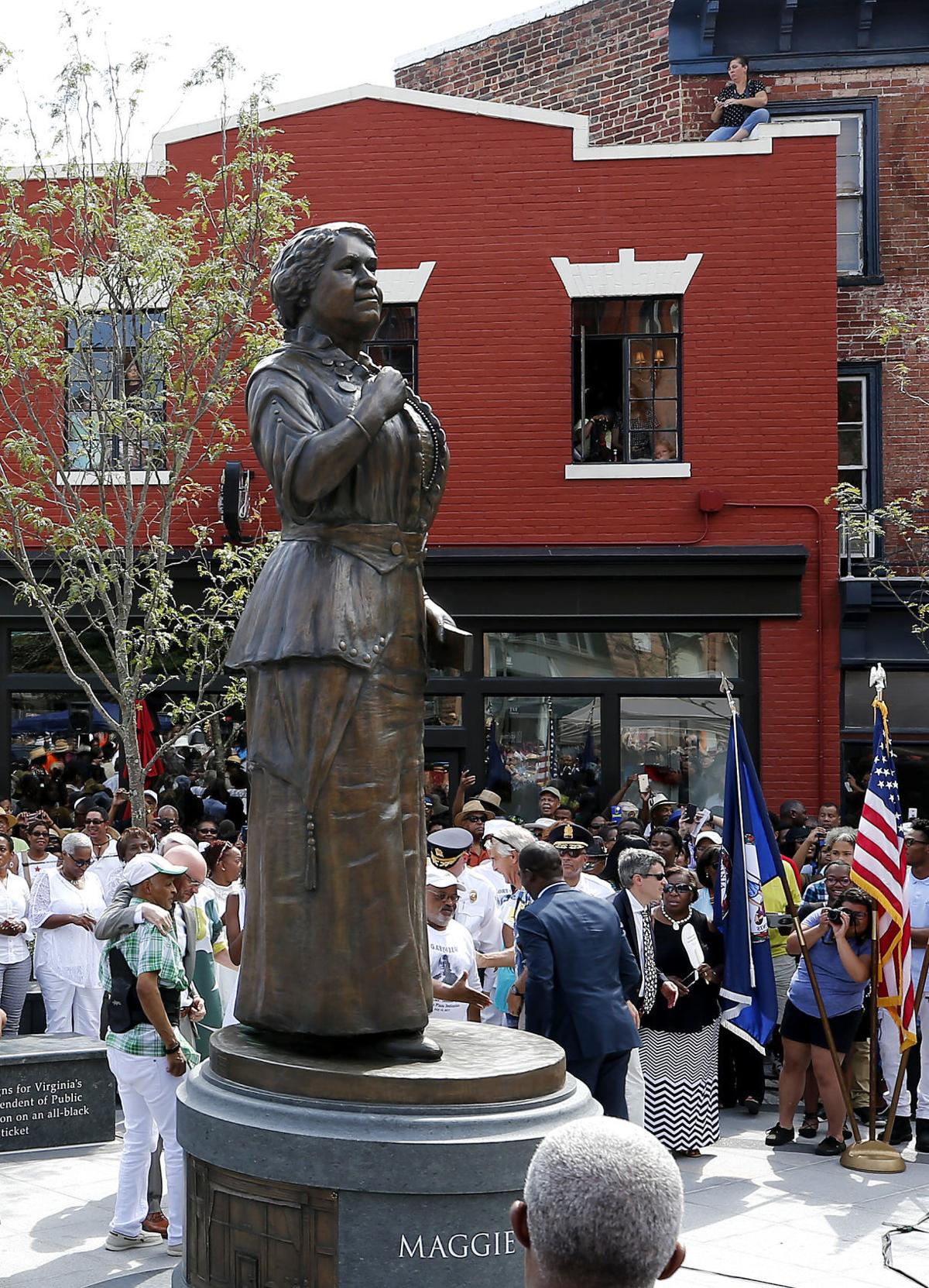 Stewards of historic Jewish and African American cemeteries in Richmond’s East End who discovered graffiti Monday on gravesites, including that of Maggie L. Walker, suspect that hatred could have motivated the vandalism.

While trespassing at the East End and Evergreen cemeteries is not uncommon, the neon green spray-painting of “777” around Walker’s grave in Evergreen and in the Sir Moses Montefiore Cemetery appalled caretakers and descendants. At East End, which is adjacent to Evergreen, vandals spray-painted stones and a pathway.

There are multiple interpretations for “777,” but the Anti-Defamation League recognizes it as a potential hate symbol because of its ties to ancient European iconography that was adopted by the Nazi regime and a South African white supremacist group in the 1970s.

All three cemeteries were founded in the late 19th century to serve marginalized communities.

Both Evergreen and East End are the final resting place of prominent African American leaders from the post-Reconstruction and civil rights eras, such as Walker, the first African American woman to charter a bank in the United States; John Mitchell, the crusading editor and publisher of the Richmond Planet; and Dr. Richard F. Tancil, who rose from enslavement to become a successful doctor and founder of the Nickel Savings Bank.

The Sir Moses Montefiore Cemetery, founded in 1886 by the local Orthodox Jewish community, served a large wave of Jewish immigrants who escaped religious persecution in the former Russian Empire.

Liza Mickens, Walker’s great-great-granddaughter, rushed to the Walker gravesite with her father Monday after learning about the vandalism. She said she thinks it may have been an act of retaliation for the recent removal of Confederate monuments in Richmond following nationwide protests against racial injustice and police brutality.

“In recent weeks in this movement, we’ve seen calls to amplify Black stories and the history of those who accomplished great things for their communities and Black people,” she said. “It does not seem like this was done by people who want to amplify those stories.”

Mickens said it should be evident that the act was motivated by hate because of the targeting of a Jewish cemetery and Walker’s grave. She said it was a small relief when she and her father found no evidence of vandalism on Walker’s historic home or a statue of Walker in Jackson Ward, where youth had rallied in June.

It also could have been worse, she said, adding that had she feared that the large cross at Walker’s gravesite or some other marker could have been torn down or destroyed.

“777” was also spray painted throughout the Sir Moses Montefiore Cemetery.

Daniel Staffenberg, CEO of the Jewish Community Federation of Richmond, said the foundation and the cemetery’s caretakers are working with investigators.

“We condemn any act of hate toward any individual or group,” he said.

All of the cemeteries have been subject to vandalism in the past.

At the Jewish cemetery in 1990, according to reporting at the time by the Richmond Times-Dispatch, the phrases “”KKK,” “rebels rule,” “666” and other symbols were drawn inside a chapel and on the backs of several tombstones. About 15 tombstones were also knocked off their bases.

In the Evergreen and East End cemeteries, various volunteers in recent decades have been trying to repair and maintain the site after years of neglect had led to disrepair, illegal dumping of trash and the toppling of tombstones.

John Sydnor, executive director of the Enrichmond Foundation, the nonprofit that became the owner of the East End and Evergreen cemeteries in the last three years, said his group is working with local authorities to investigate.

Sydnor said they could not rule out racial prejudice as a motivation for the vandalism but noted that some of the evidence left behind at the Walker site — namely a powdery substance and confetti — could be evidence of some kind of occult ritual. He said similar material was found at the site several years ago.

Nonetheless, he said the act is still disturbing.

“This is a place of memory and respect,” he said. “It’s shameful and painful for the families of people buried there. It’s not welcome and will not be tolerated.”

Henrico County police spokesman Matt Pecka said city and county police responded to the reports of vandalism because the cemeteries are along the city-county line. The vandalism is believed to be in Richmond’s jurisdiction, Pecka said. He added that anyone with information on the damage is asked to call Crime Stoppers at 780-1000.

On Thursday, the Henrico County School Board is slated to weigh expanding in-person learning for up to 50,000 students — a decision that comes…

In Evergreen Cemetery, the gravesite of Richmond icon Maggie L. Walker was defaced with spray paint and the numerals “777.” This is the back of her headstone.