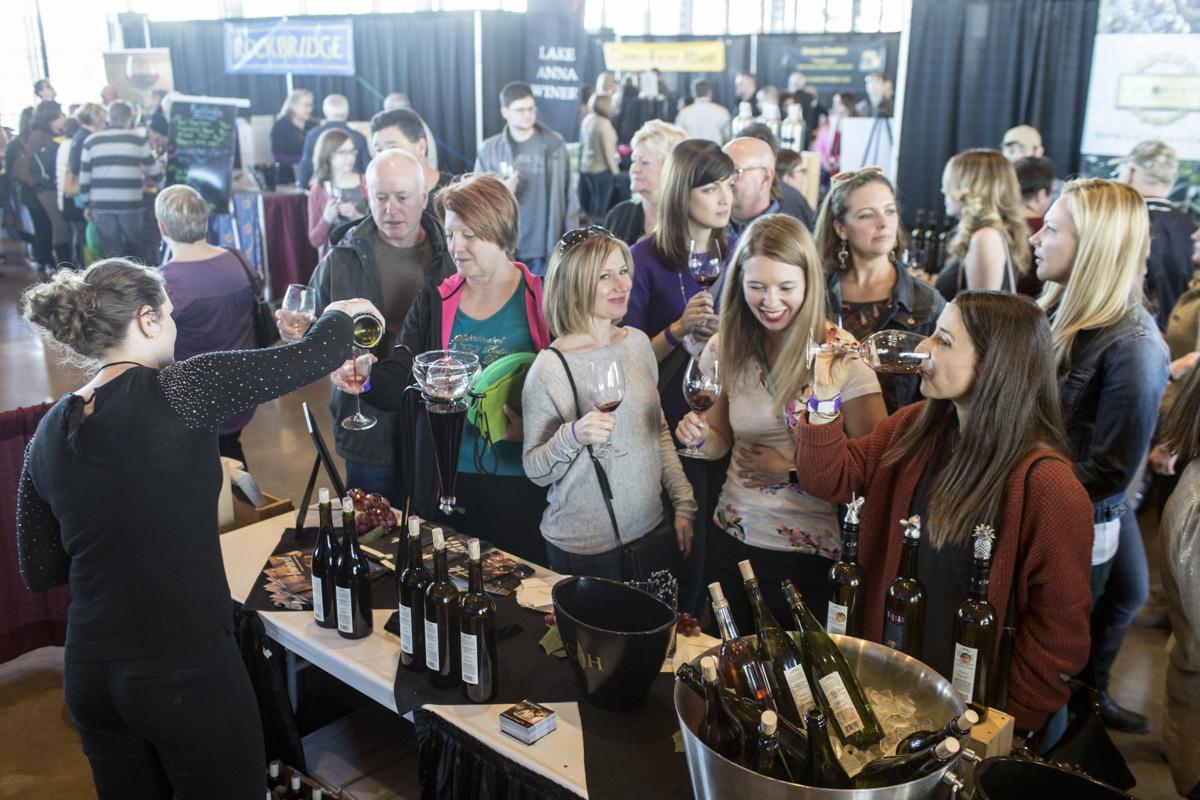 Many of the wineries at the 2019 Virginia Wine Expo will be pouring six or more wines. 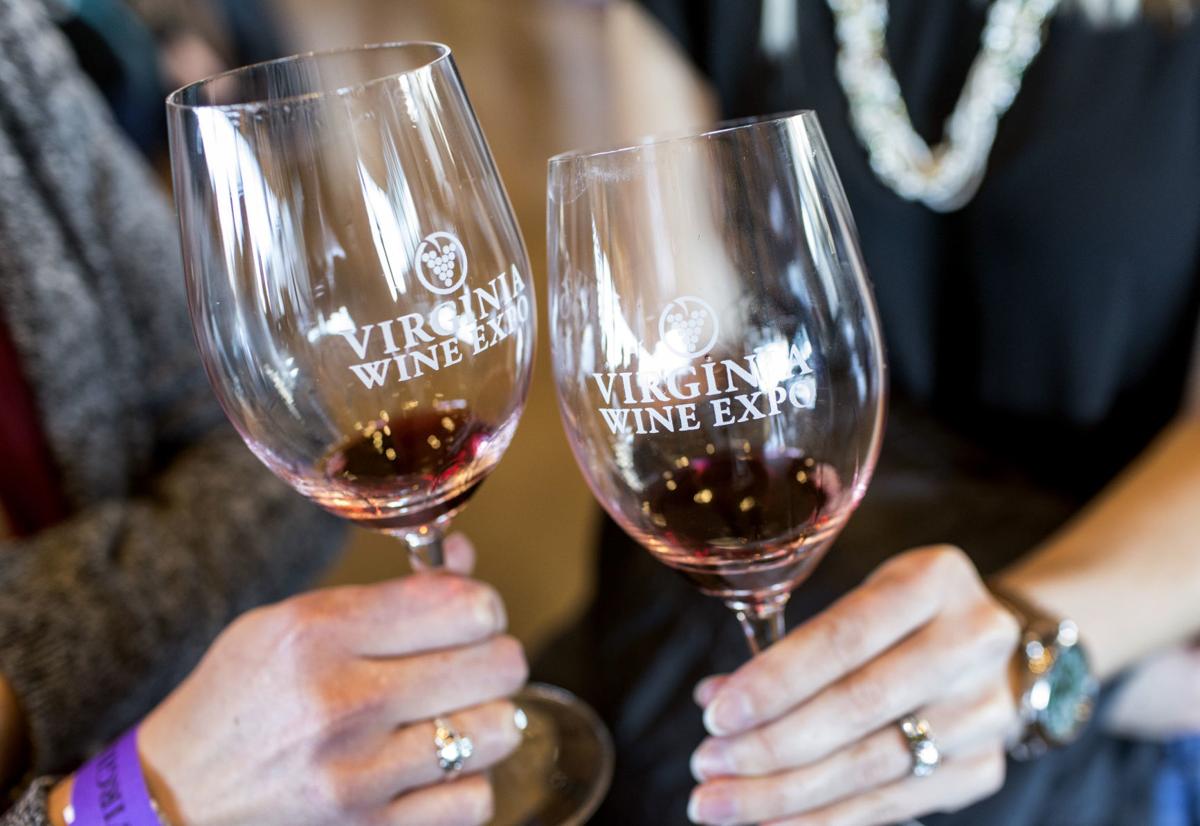 The expo promises to have a lot of “high-quality juice on the floor” for participants.

The trio of women from Woodbridge sipped lemonade laced with Belle Isle Honey Habanero Moonshine when Caron Whitby stopped in her tracks, not from the cocktail but the spectacle of a freight train rumbling by.

“Oh, how cool!” said Whitby, who was attending her fifth Virginia Wine Expo but her first at the newly renovated train shed of Main Street Station.

Alex Papajohn, executive director of the Virginia Wine Expo, expects about 6,000 people to attend this weekend’s festival, which wraps up Sunday at Main Street Station after a decadelong stint at the Greater Richmond Convention Center.

He said the Victorian-era train station, with its renovated $90 million train shed, is a “world-class venue” that represents “a major reset” for the event.

Papajohn estimated that perhaps 20 percent of the eventgoers travel more than an hour to Richmond. It sure seemed like a larger percentage than that at Saturday afternoon’s Walk-Around Grand Tasting, based on a small sample size of those in attendance, some of whom came from as far away as Texas.

The sipping, munching, browsing and chatting was occasionally interrupted by the sound of a dropped wine glass shattering on the floor (invariably followed by applause) and the reverberation of trains rolling by the sunlit shed-turned-convention hall, a wall of windows.

“You can’t argue; this is fun!” said Janet Starke, executive director of the Richmond Performing Arts Alliance, as she pointed to yet another train rolling by. Her organization is the nonprofit beneficiary of the Expo.

Starke said there’s talk beyond this year of perhaps some sort of deal with Amtrak, whose passenger trains stop at the station. “It certainly is an opportunity to get some folks to come down on the train.”

Expo-goers, to each man and woman interviewed Saturday, were on board with the new venue. Some noted that it seemed a little crowded, but expected that to be ironed out at future events.

“I like it,” said Mike States of Charlottesville. “Last year, I could stay at the Marriott and just walked the tunnel over” to the convention center. But, “I think this has more character.”

Matthew Sperati of Rocky Mount, N.C., sipped Filibuster bourbon from Shenandoah County as his wife, Deborah, lauded how the event’s move to Main Street Station “highlights Richmond’s history and culture” in a way the convention center could not.

The Speratis, both lawyers, operate Kai Pond Brewing Co. in Rocky Mount and view such events as the Wine Expo as fact-finding missions. Deborah did the licensing for New Kent Winery years ago, and during this trip to Richmond, the couple visited breweries in Scott’s Addition. They called the Virginia wine industry a trailblazer among East Coast states. But Deborah was particularly happy to be taking home some Buskey RVA Cider.

Papajohn, the Expo’s executive director, said attendance was capped at the train station to account for the reduction in square footage from the convention center space. He hoped the result would be shorter lines and more face time with vendors.

Mission accomplished, based on the experience of Courtney Brown, festival coordinator for the Nelson County-based Bold Rock Hard Cider.

“It’s a thousand times better than it’s been in years past,” she said, explaining that the Grand Tasting appeared to be “more centralized” and allowed for more face time with eventgoers.

“It’s not so much of a free-for-all. They’re actually interested and want to be educated,” she said. “We actually get to slow down a little bit.”

The Publix Super Markets area was crowded as a long line of eventgoers waited for fruits, olives, cheeses and store-baked bread with organic extra virgin olive oil and balsamic vinegar for dipping.

As she sampled the Publix fare, Sharon Sykes of Henrico County said she attends the Expo every year.

“It just keeps getting better and better,” she said, expressing particular enthusiasm for a chocolate-infused white wine from Horton Vineyards.

She said she was surprised at the number of cideries at the Expo.

“I think this has become so much more than just a wine-tasting event,” she said, adding: “Even if I didn’t live here, I’d come here.”

Friend Bil Malbon of North Chesterfield had one complaint: “Three hours is not enough.”

“We also felt like we need to bring our event in line with virtually all world-class wine-tasting events,” he said.

“Our attendance this year is going to dip because we intentionally tried to elevate our experience, from the venue, to the quality of the wines, to the food,” he said. “Now that we have the venue, we feel we can produce something very unique and special.

“This event this year,” he said, “is really what we had envisioned all along.”

Many of the wineries at the 2019 Virginia Wine Expo will be pouring six or more wines.

The expo promises to have a lot of “high-quality juice on the floor” for participants.