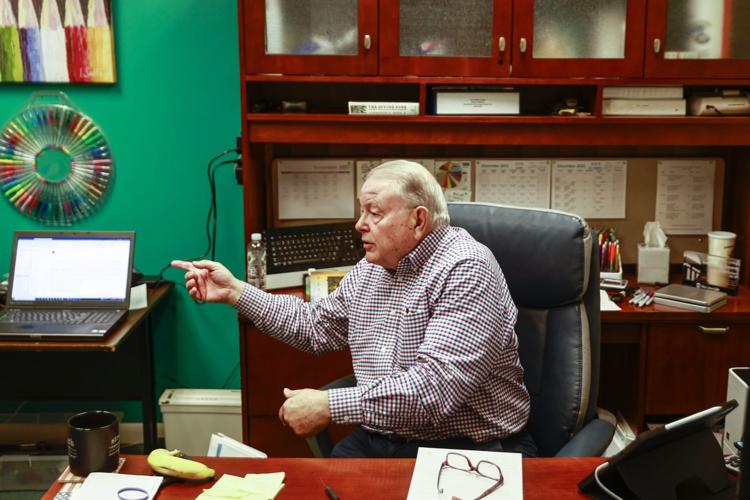 Scott Fisher is the executive director of the Hope Center in Petersburg, which serves as a lifeline for food-insecure people in the Tri-Cities. More than 24% of the population of Petersburg lives in poverty. 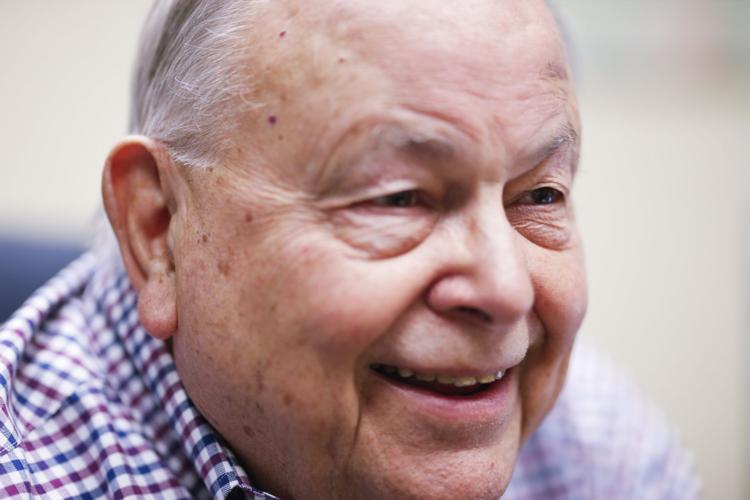 Before Fisher took on the role of executive director nearly five years ago, he assisted with the Walk Against Hunger, one of the Hope Center’s biggest programs.

Anyone who talks to Scott Fisher knows how passionate he is about Petersburg, feeding people, and making sure people know they are loved.

The Hope Center, a food bank that has operated since the end of the civil rights era, sits in the heart of Petersburg, where more than 24% of the population lives in poverty, according to the U.S. Census Bureau. Fisher, who serves as executive director of the Hope Center, says he remains focused on recognizing the dignity of all people. And his commitment to “not solving, but addressing” a hunger problem in Petersburg has never wavered.

“I was born for this job,” he said recently. “You do what you’re asked to do. And for me very truthfully, honestly, I told you, God pulled me into this position.”

Before he took on the role as the executive director nearly five years ago, he assisted with the Walk Against Hunger, one of the Hope Center’s biggest programs. It’s been virtual for nearly two years now.

Having been in Petersburg for a long time, he understands why. Unlike Richmond, where churches have begun gathering in person again, there are still churches in the Tri-Cities that have yet to have in-person services and events since the start of the COVID-19 pandemic. It’s why his board of directors at the Hope Center has directed him to continue the virtual Walk Against Hunger, even as other organizations have resumed in-person events and outdoor gatherings.

“People will gather for all kinds of sporting events, concerts, whatever it is they’ll gather for ... but we have a lot of churches here in Petersburg that have not regathered because there’s still fear,” he said.

In the Crater Health District, Petersburg has had the most COVID-19 cases, hospitalizations and deaths out of all eight localities.

The Hope Center was started in 1969, when 10 Black and white churches came together in hopes of giving back to the Tri-Cities through racial harmony. That history is integral to the mission at the Hope Center, which has served as a lifeline for those in need.

“Martin Luther King spoke at the churches here,” Fisher said. “There was a tremendous energy in Petersburg around the whole civil rights movement.”

Now, nearly 52 years later, the Hope Center serves as a lifeline, having record numbers of people coming to be served lunch as the holidays near. Last month, the food bank served 1,300 people, which is more than they’ve seen in recent months.

Joyce White, who oversees the food pantry that provides groceries to area families, said patience is key to serving people in need.

“There’s so many stories, so many people that have certain problems and you’ve really got to stop and listen to them,” White said. “People a lot of times have issues that are not just your normal everyday issues. They’re not just your normal, ‘I ran out of money today’ issues. They’re sometimes their mental issues, and you got to sit down and talk to them and listen to them.”

Fisher boasts proudly of the staff’s ability to have empathy for people they’ve never met, and their willingness to make things work. Aside from just giving people food, the Hope Center spends a lot of money on helping people pay their utility bills.

As the Hope Center continues to be a lifeline in Petersburg and the Tri-Cities, Fisher remains adamant about his mission in the area.

“I’m a deep, deeply committed Christian, and that ignites my passion for the dignity of human beings and goodness that God made them to be,” Fisher said. “I mean every human being.”

For the past 10 years, the Richmond Times-Dispatch has been marking the great community efforts of central Virginians with our annual series c…

Scott Fisher is the executive director of the Hope Center in Petersburg, which serves as a lifeline for food-insecure people in the Tri-Cities. More than 24% of the population of Petersburg lives in poverty.

Before Fisher took on the role of executive director nearly five years ago, he assisted with the Walk Against Hunger, one of the Hope Center’s biggest programs.