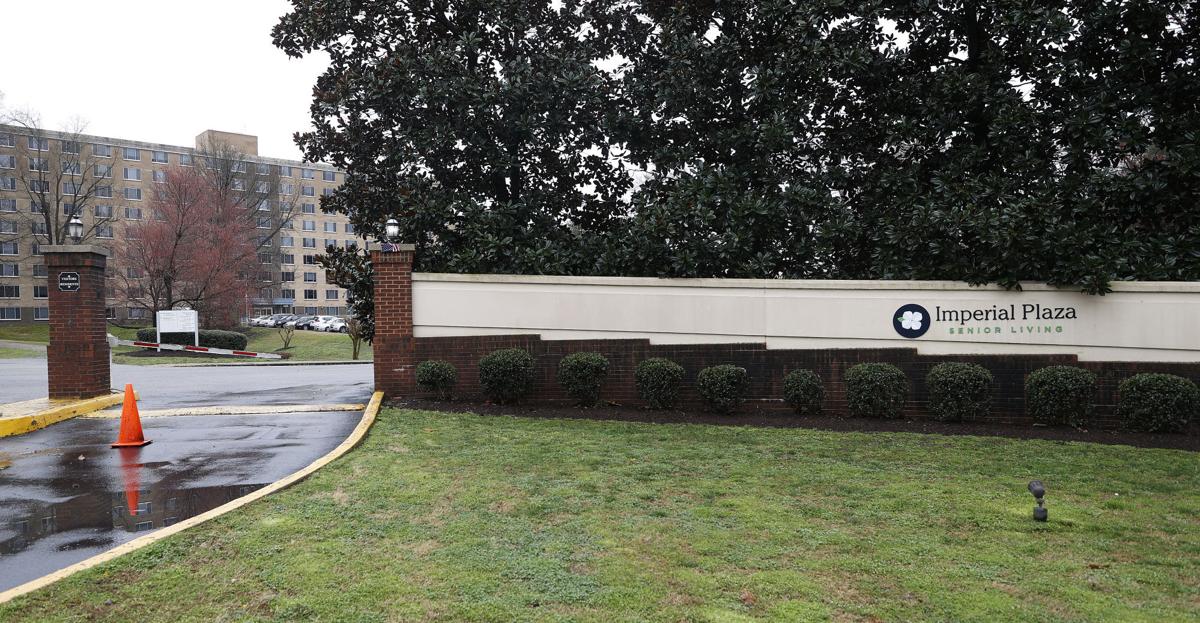 The new owners of Imperial Plaza in Richmond’s North Side are closing the community’s assisted living unit. The change displaces almost 100 residents, including some who need memory care. 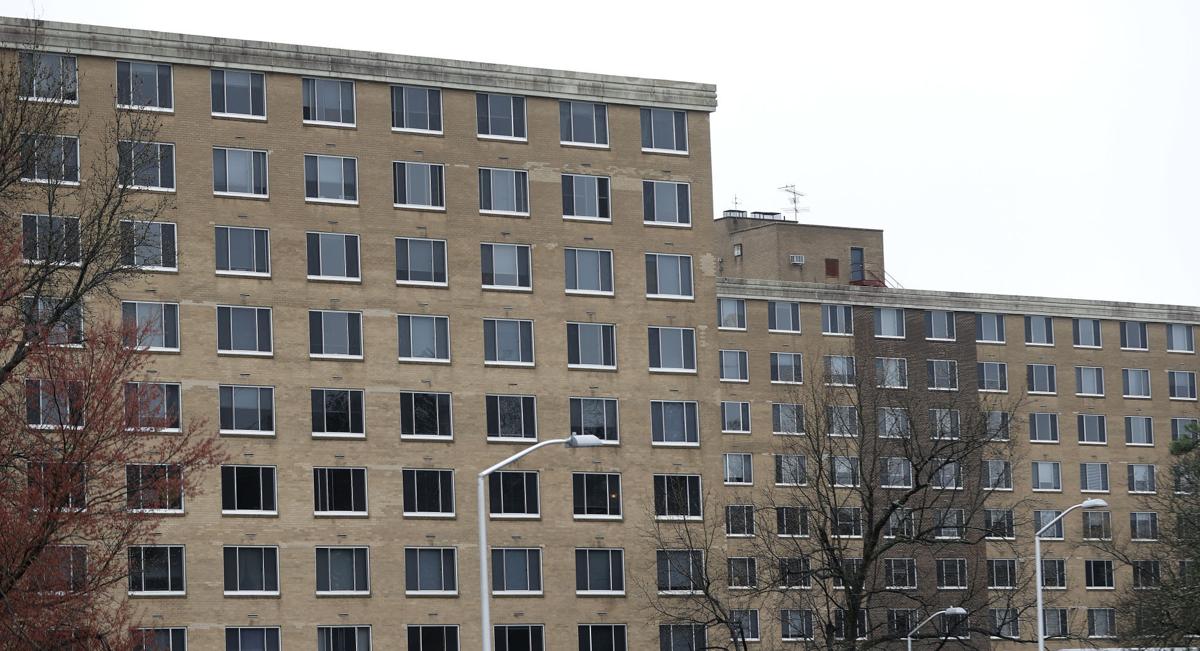 The owners of Imperial Plaza in Richmond’s North Side are shifting the facility to senior living apartments.

Bill Kwaak had just lost his wife when his family moved him in February from an apartment he had shared with her at Imperial Plaza into memory care in the assisted living unit of the venerable retirement community on the North Side of Richmond.

Now Kwaak, 90, is about to move again, prompted by the sudden decision to close the assisted living unit at Imperial Plaza, which a pair of Northeastern investment firms purchased at the beginning of last month.

His family has been scrambling for two weeks to find an assisted living facility that cares for people with dementia, but is affordable for a 90-year-old Marine Corps veteran who relies on Social Security income and a pension for his military service in the Korean War.

“He’s got this big hole in his life,” said Cathy Setteducato, one of his daughters, who lives in Mechanicsville. “This is going to be a big transition for him. In four months, he’s had two new homes and lost his wife.”

The March 15 announcement by the new property management company that the assisted living unit would close came as a particular surprise to families of memory care residents, who may not have been able to comprehend the change facing them, much less relay the news to relatives kept distant by the COVID-19 pandemic.

“Their loved ones were the ones who needed the information,” Setteducato said in an interview on Friday, “and we simply weren’t getting it.”

For Kwaak’s family, the confusion was compounded by the management company decision — unknown to them — to fire an assisted living director who had been working directly with them on his care. The manager was one of 14 Imperial Plaza employees abruptly let go in late February, just before the $75 million property sale closed.

Maryanne Lee, an executive with BSA Property Management, said the new company had assessed the facility’s current employees and the community needs before the sale of the property by Dominion Partners to Brentwood Investment Group, based in Lakewood, N.J., and the Bluestone Group, based in New York.

“There were some employees that did not transition with the new company,” Lee said in an email on Tuesday.

Lee said the decisions were shared with the headquarters of the previous property management group, Bridge Senior Living, which she had served as regional vice president of operations, including Imperial Plaza.

BSA is headquartered at the same address in New Jersey as Imperial Living Opco, the limited liability company that operates the retirement community in Richmond.

“It is an independent company that does share some ownership principals,” said Barry Zolty, a partner at Brentwood.

Now called Legacy at Imperial Village, the 54-year-old retirement community is about to undergo a major renovation into a complex focused on “active adults,” 55 years and older. After initially planning to renovate around the assisted living unit, the new owners decided to close the unit and give its 98 residents at least 60 days to find new homes.

“We’re making changes, changes that are ultimately going to be better for the community,” Zolty said in an interview on Tuesday.

The employees released on Feb. 24 included the directors of human resources, engineering, resident programs, as well as some of their assistants, the chaplain, a regional sales and marketing director, and a driver who transported residents.

Zolty said the changes didn’t affect staffing or care in the assisted living unit. “The care is there,” he said.

“Just because you’re buying a company doesn’t mean you’re taking all of their employees,” he said.

The company estimates that closing the assisted living unit will affect 50 employees, although a few will shift to independent living and others are expected to have jobs at an assisted living facility in Henrico County that is working closely with the new owners during the transition.

Setteducato said Ludeke has been helpful, as have the nurses and aides who care for Kwaak in his room on the sixth floor of the Azalea Building at Imperial Plaza.

However, she said “no one told me” that Jill Stech, a manager in assisted living who was helping the family with a care plan for Kwaak, had left the community.

Initially, Setteducato said she was reassured by Imperial’s promise of help in finding a new home for her father at the same, discounted rate he had been paying for assisted living

However, she said Blue Ridge Senior Living, an assisted living facility in western Henrico that the new management company had described as “our sister community,” quoted a price that was almost double of what Kwaak had paid for assisted living at Imperial Plaza.

Ultimately, Setteducato said she found help from A Place for Mom, a national company that advises families on options for senior living. However, she was dismayed that Kwaak was not among the assisted living residents whom Blue Ridge accepted and moved into its facility.

“The people with the money were the lucky ones,” she said. “They got moved.”

Mackall said the facility charges different rates for different floor plans and levels of care. In the case of memory care residents, he said, “Some of them we were able to accommodate.”

Generally, he said, “The residents seem to be settling in OK.”

Zolty declined to say how many assisted living residents at Imperial have transferred to new homes since the announcement that the unit would close. “I don’t think it is appropriate for us to publicize people’s relocation plans,” he said.

Lee, at the management company, said in an email, “We continue to work with local communities to find options for our residents and our employees.”

“We understand that this is not an easy time for anyone involved and will continue to strive to support the community daily,” she said.

Setteducato thinks Kwaak was one of the ones “left out” in the transition.

A retired veterinarian from New Jersey and former bed-and-breakfast operator in coastal North Carolina, he had lived at Imperial Plaza with his wife for three years before she died in late January and he moved into assisted living.

“I’m talking about a man with mental issues, who needs to be moved to a new location through no fault of his own,” she said, “just because he doesn’t fit into their new vision.”

The new owners of Imperial Plaza in Richmond’s North Side are closing the community’s assisted living unit. The change displaces almost 100 residents, including some who need memory care.

The owners of Imperial Plaza in Richmond’s North Side are shifting the facility to senior living apartments.