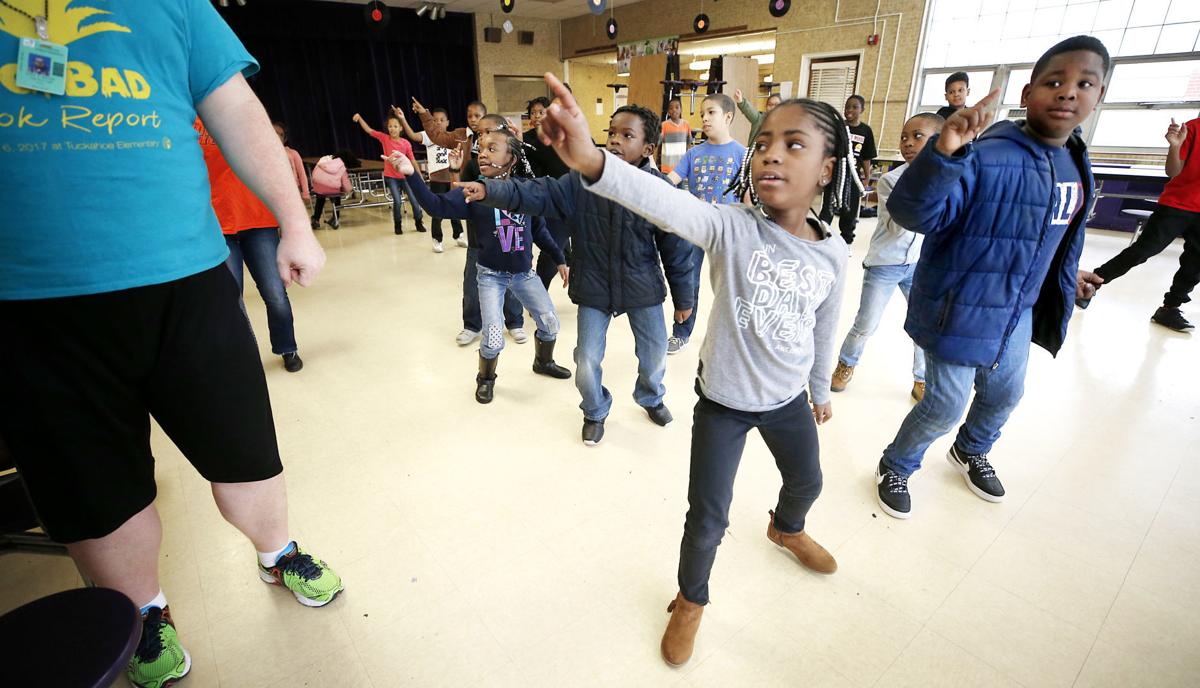 Diamond Tweedy dances during a class at Westover Hills. The school’s principal estimates about 40 families who had been considering moving or private school are sending their children to Westover. 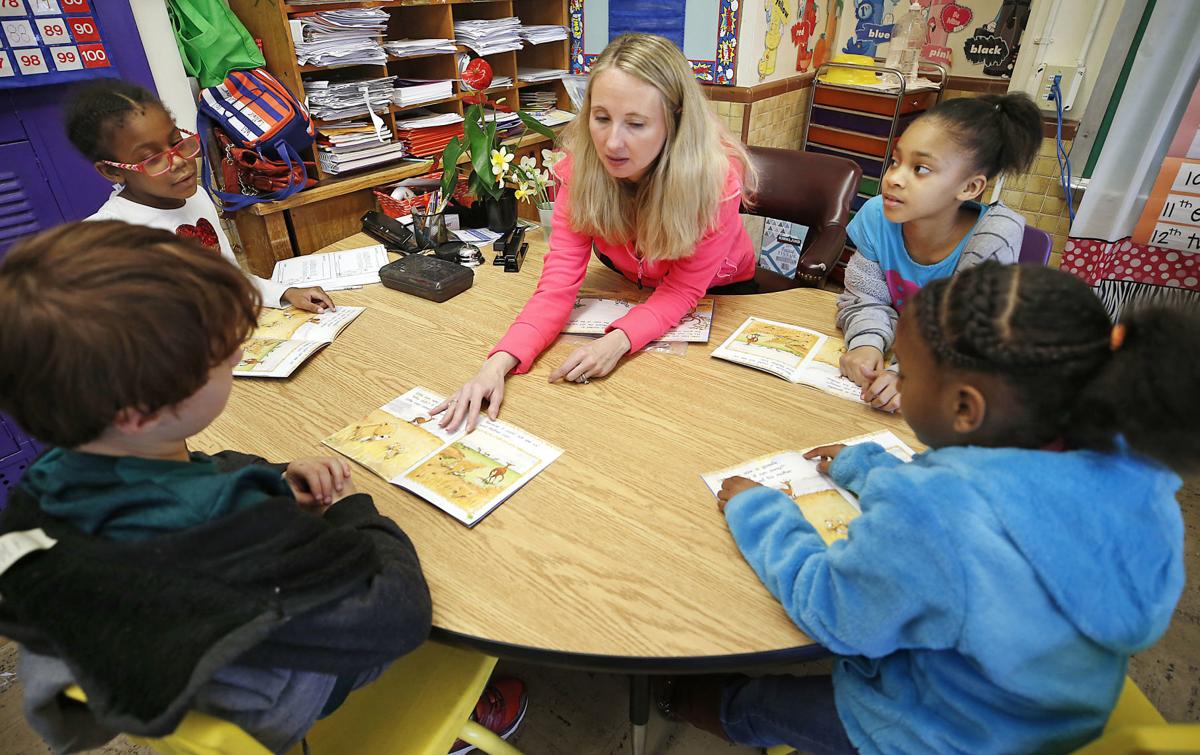 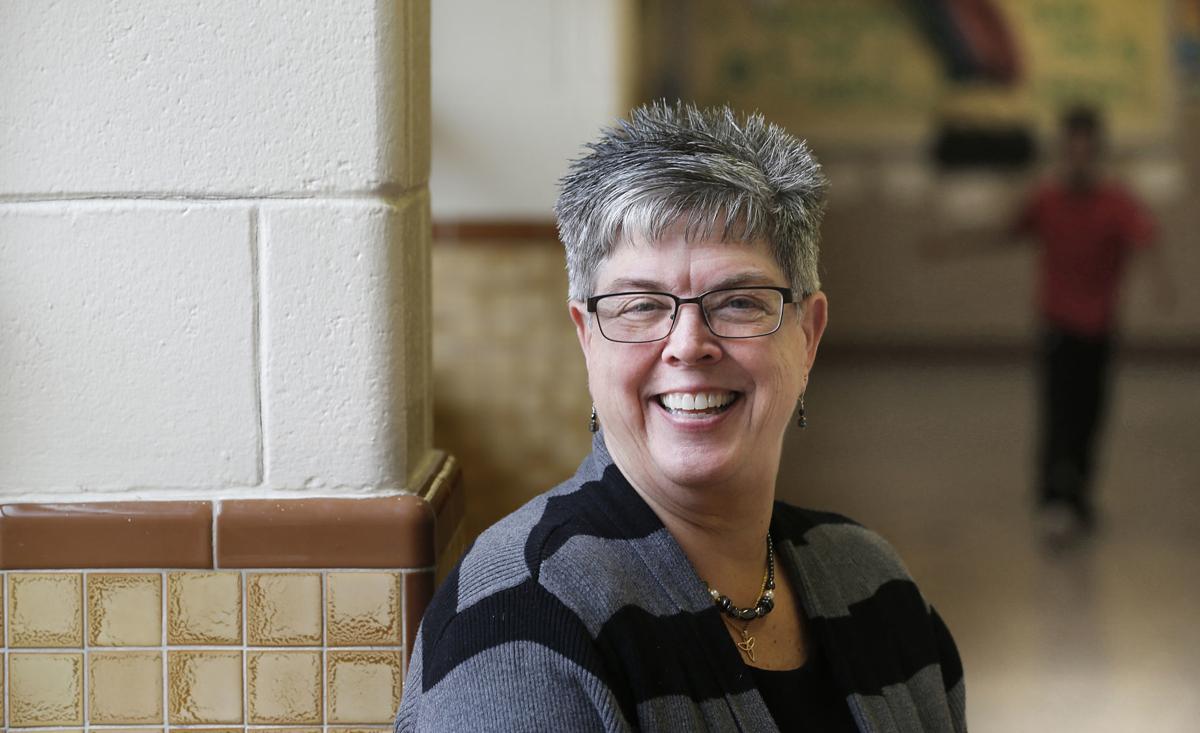 Virginia Loving is principal of Westover Hills ES. She has worked to keep children in city schools instead of having them move out to the counties or to attend private schools. Photo was taken on Wednesday, March 7, 2018. 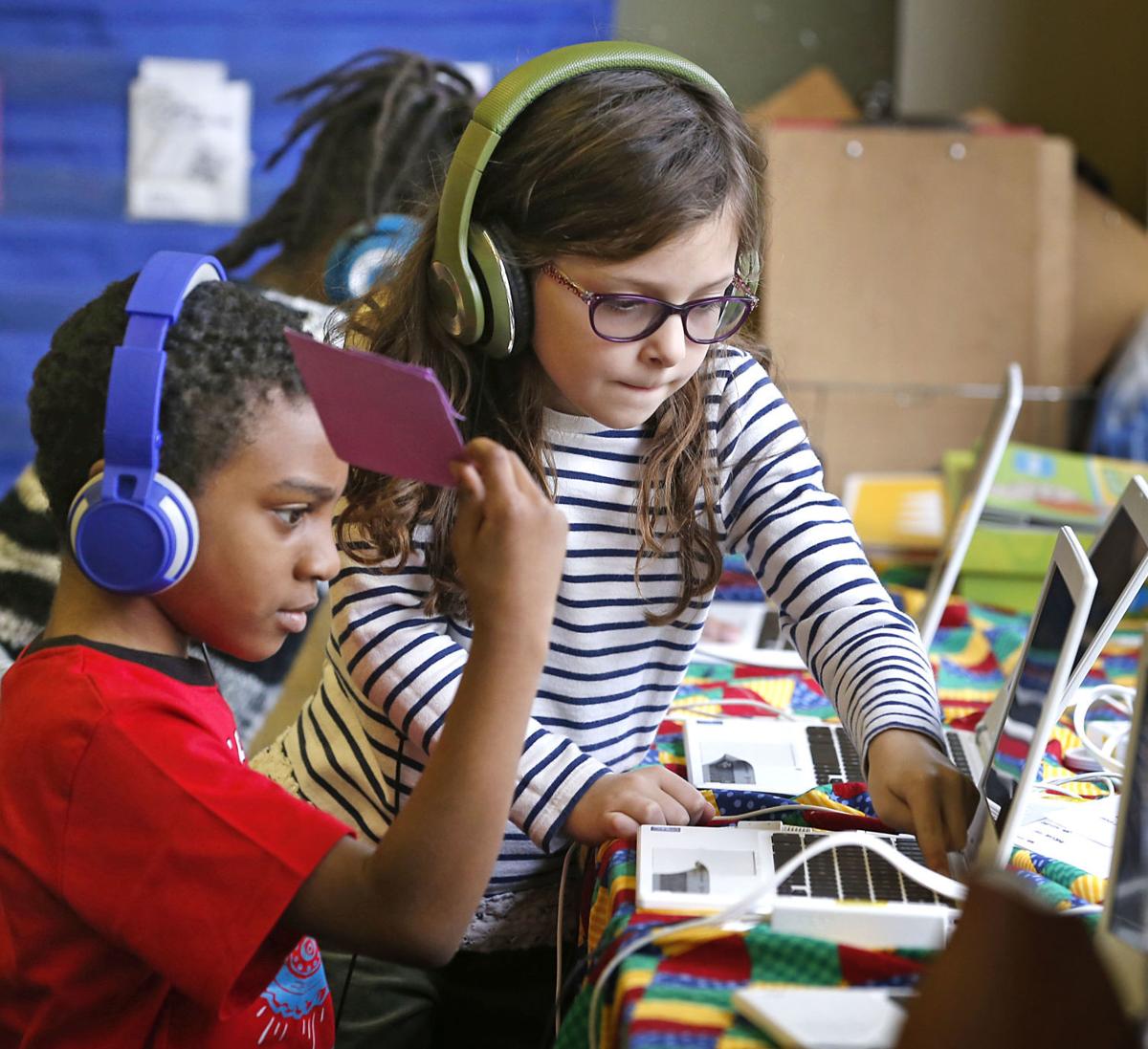 (L-R) Zymaire Ferguson and Claire Lyle work on a computer in first grade class at Wesvtover Hills ES Wednesday, March 7, 2018. The school and their Principal Virginia Loving have worked to keep children in city schools instead of having them move out to the counties or to attend private schools.

It’s a long-discussed but little-documented phenomenon: Families in Richmond who can afford it either send their kids to private school or move to a neighboring county to avoid the city’s struggling school system.

The issue emerged last month as a frequent talking point among supporters of a meals tax increase to boost school funding.

But just how many leave Richmond Public Schools compared with neighboring jurisdictions?

For every 100 children born to parents living in the city six years ago, just 73 enrolled in first grade this school year, according to data compiled by the University of Virginia’s Weldon Cooper Center for Public Service, where researcher Hamilton Lombard called the metric one of the best available indicators of a school district’s desirability.

By comparison, Hanover County enrolled 135 students for every 100 children born to parents living in the county. In Henrico County, the number is 92 and in Chesterfield County, it’s 115.

White children are the least likely to enroll in Richmond Public Schools, with only 27 appearing in first grade for every 100 born to parents living in the city. In Hanover, 126 white students enroll per every 100 born. Chesterfield and Henrico fall between the two, at 91 and 60, respectively.

Of course, people move for reasons that don’t involve schools, but Lombard said birth rate is a key metric school officials across the country rely on for long-term planning. “Yeah, people do move in and out — it’s not tracking individuals, but it’s a great indicator of that flow and overall desirability of not just school districts but of the city or county as a whole.”

While Richmond’s retention ratio is the lowest in the metro area, the district can point to a bright spot: Its numbers have steadily improved most years since 2008, when only 59 percent of children born in the city enrolled.

Lombard said two drivers are likely at play. First, the tightening of the mortgage market following the 2008 financial collapse, decreasing the mobility of many families who may have otherwise left. At the same time, he said Richmond is no doubt benefiting from a nationwide demographic trend away from suburbs and back toward cities.

And, perhaps, views of the school district itself are modestly improving.

As a real estate agent living and working in South Richmond, Shannon Harton is well-acquainted with the repellent effect city schools have on families with the financial wherewithal to relocate.

“For years, I have facilitated that revolving door: Newlyweds and empty-nesters moving into the city and then, fairly predictably, parents with toddlers calling to say, ‘We’ve got to sell the house and move to the county,’ ” Harton said.

So when his own daughter, Maggie, was approaching school age, he said he hadn’t even considered enrolling her at the neighborhood elementary school, Westover Hills, until an acquaintance encouraged him to at least take a tour and meet the principal.

“We’d been driving by for 15 years,” he said. “When we went in, we were kind of blown away by how cute the school is, how great the teachers are. It’s not what we expected. We had just bought into the running narrative that Richmond schools are no good — don’t even look at them.”

Richmond Councilwoman Kristen Larson, a former School Board member, calls it playground talk — the discussions among parents of preschool-aged children as their kids play.

“It’s, ‘What are you going to do for elementary school? I heard this or that negative thing,’ ” she said. “It’s people just carrying on this legend from years and years ago, and it’s just not accurate.”

The racial undertones of the discussions are reminiscent of the white flight to the surrounding counties that followed desegregation of public schools in the 1960s and ’70s. But Lombard said it’s unlikely black residents have a more favorable view than white residents of the city school district.

Instead, he said, income inequality means more white residents than black residents have the opportunity to leave the district.

“Historical patterns, past racism and policies at the state and local level set that up,” he said. “I would bet if you looked at the black population, you would have very similar ratios if you had the same ability to move.”

There are very real academic differences between Richmond Public Schools and the surrounding counties.

Going by test scores and other metrics, online rankings put Westover Hills as one of the worst elementary schools in the state. And districtwide, only 19 of 44 schools in Richmond are fully accredited.

But Principal Virginia Loving said the parents who come to open houses to check out the school rarely ask about test scores, instead focusing on class size and extracurricular opportunities — two points where her school is strong.

She said that’s largely because parents are generally confident in their own child’s academic ability.

“If I bring my kid here and they’re already reading at kindergarten, then you know by third grade, they’re going to make a (perfect score) on that SOL,” she said.

Since she arrived at Westover in 2011, Loving said she’s made a concerted effort to reach out to families that might not otherwise consider the district by inviting prospective parents into the building to see the school. She said she also connected with families by visiting neighborhood associations, churches, coffee shops and even bars.

Because birth rates are tracked at the locality level, it’s impossible to say what the ratio of children born in Westover’s zone is and whether it has changed. And in 2015, the school system stopped tracking the number of its students eligible for free and reduced lunch — the most widely used indicator of poverty levels in school systems — after making the program available to all students regardless of income.

But at this point, Loving estimates about 40 families who had been considering moving or private school are sending their children to Westover. And few, Loving said, regret the decision to stay.

Harton puts himself in that category. “Maggie is about to wrap up third grade and it has been a significant improvement every year,” he said.

Now, he’s starting to worry about middle school. Maggie would graduate to Elkhardt-Thompson, which is overcrowded and relies heavily on classroom trailers — one of the facility issues the school district hopes to address through increased funding included in Mayor Levar Stoney’s proposed capital budget.

“The poor kids there are darn near miserable,” Harton said. “They’re having classrooms in cafeterias, closets and gyms.”

Loving said the dilemma is not unique and that she encourages her parents to consider the district’s specialty schools if they have concerns about Elkhardt-Thompson. The district does lose students between elementary and middle school, but the number isn’t huge — enrollment dropped by about 160 students between fifth grade last school year and sixth grade this year. Every other district in the metro area saw its enrollment increase by between about 50 and 230 students.

Kenita Bowers, a spokeswoman for the district, said administrators hope enrollment gains at Westover filter up to middle and high school, and that the district is trying to replicate Loving’s approach to inviting in families at schools across the city.

“I know that’s (Superintendent Jason) Kamras’ vision — to have all of our schools look like Westover Hills — look like the city,” she said. “We want our schools to be reflective of how the city is and we want people to choose to bring their kids to our schools.

“So welcoming and inviting them in, and going to them out in the community is a way to kind of bridge that gap and see, this is really a place for your kid to flourish, to learn, to grow and have a positive experience.”

Diamond Tweedy dances during a class at Westover Hills. The school’s principal estimates about 40 families who had been considering moving or private school are sending their children to Westover.

Virginia Loving is principal of Westover Hills ES. She has worked to keep children in city schools instead of having them move out to the counties or to attend private schools. Photo was taken on Wednesday, March 7, 2018.

(L-R) Zymaire Ferguson and Claire Lyle work on a computer in first grade class at Wesvtover Hills ES Wednesday, March 7, 2018. The school and their Principal Virginia Loving have worked to keep children in city schools instead of having them move out to the counties or to attend private schools.