Here's how we got to 1 million global coronavirus deaths, with the US leading the world

More than 130 people shot in Richmond this year as violent crime continues to climb, primarily around public housing
0 comments
Share this
{{featured_button_text}}
1 of 9 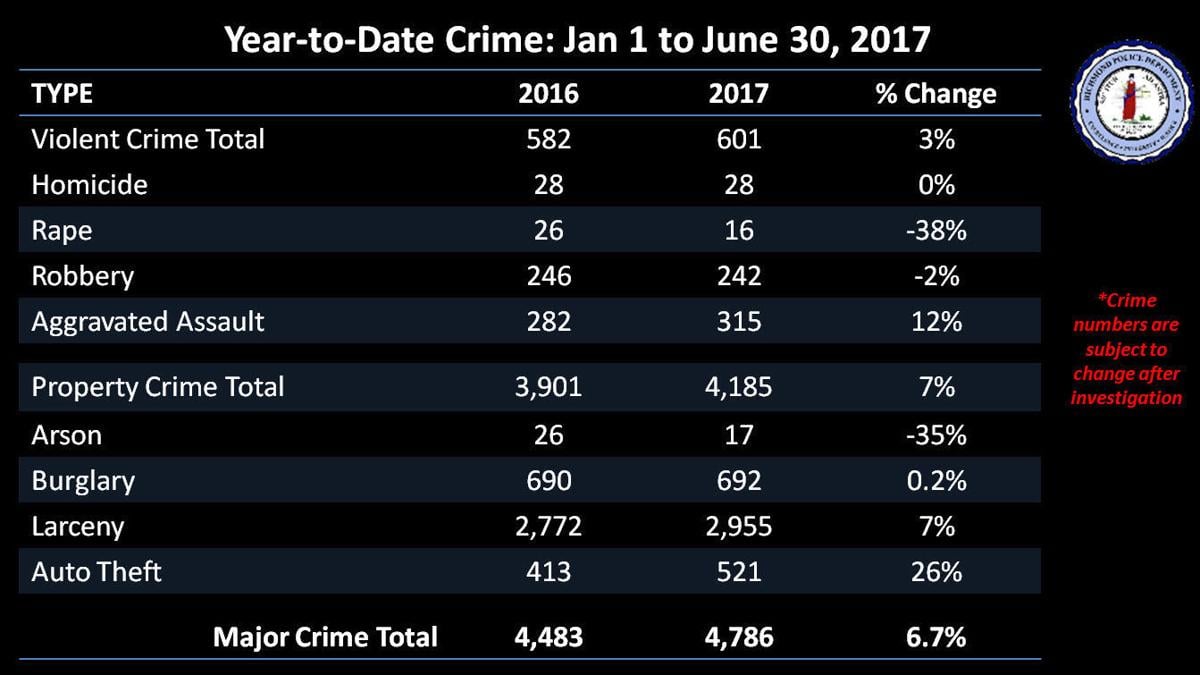 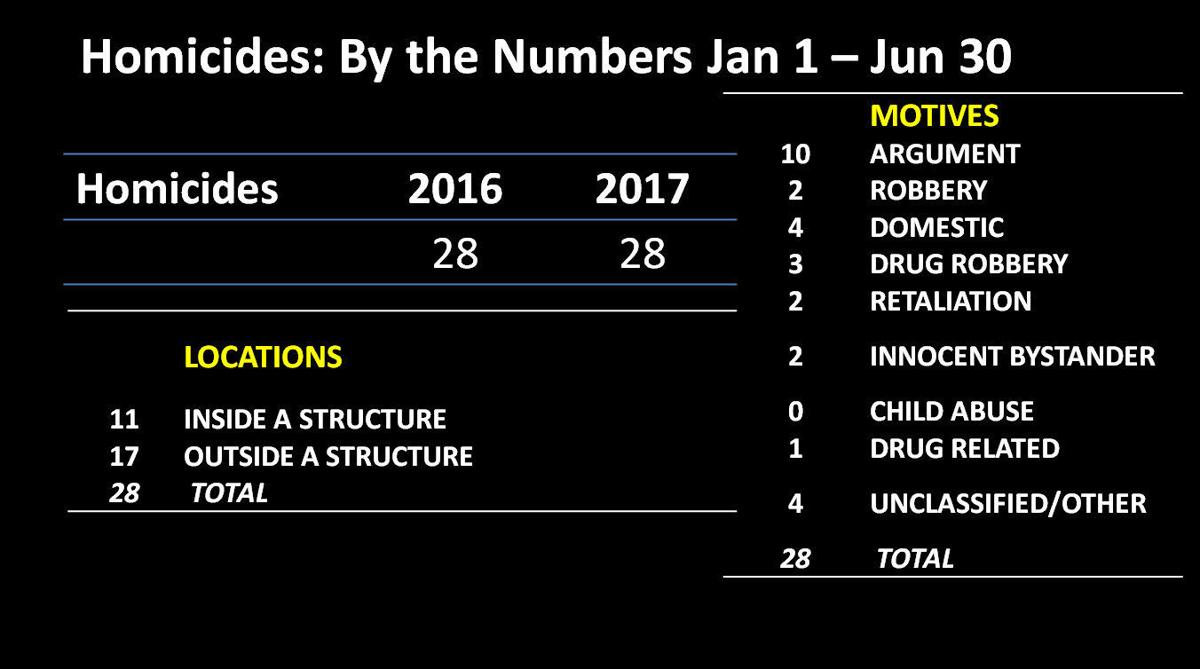 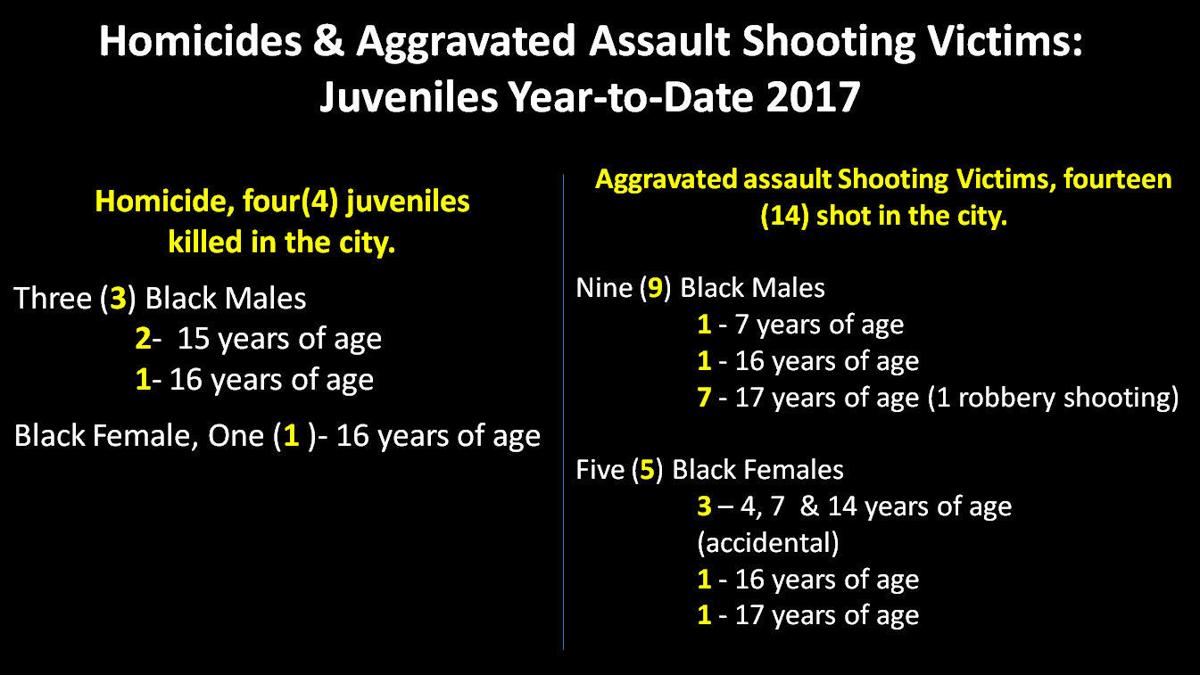 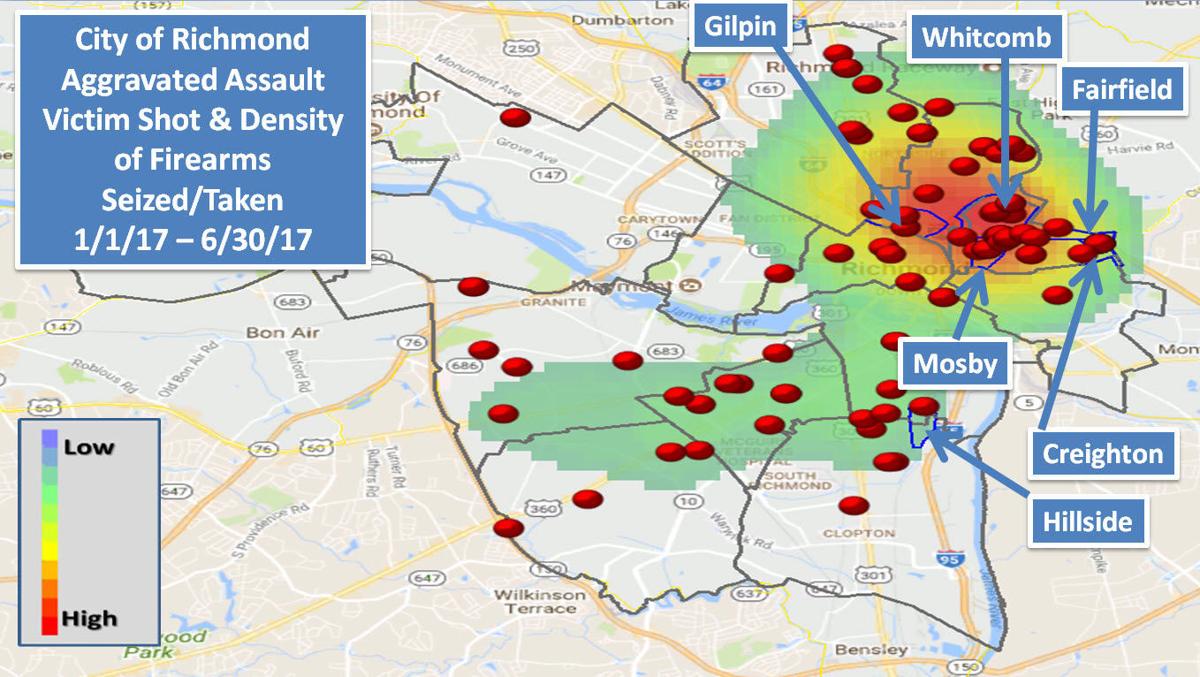 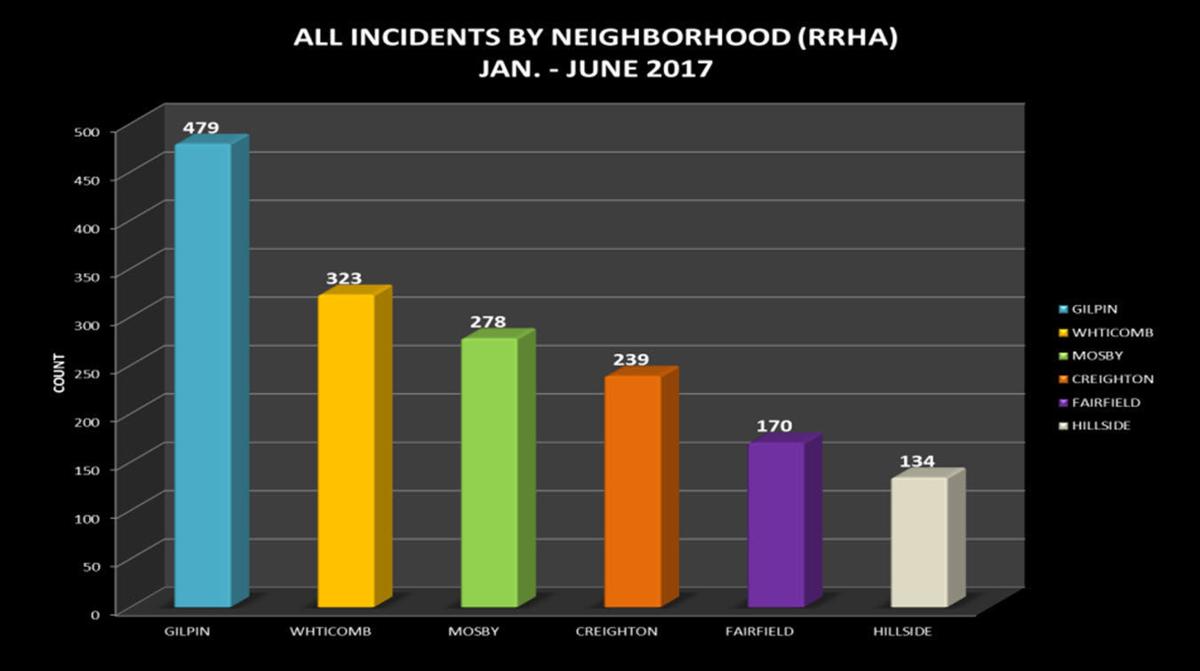 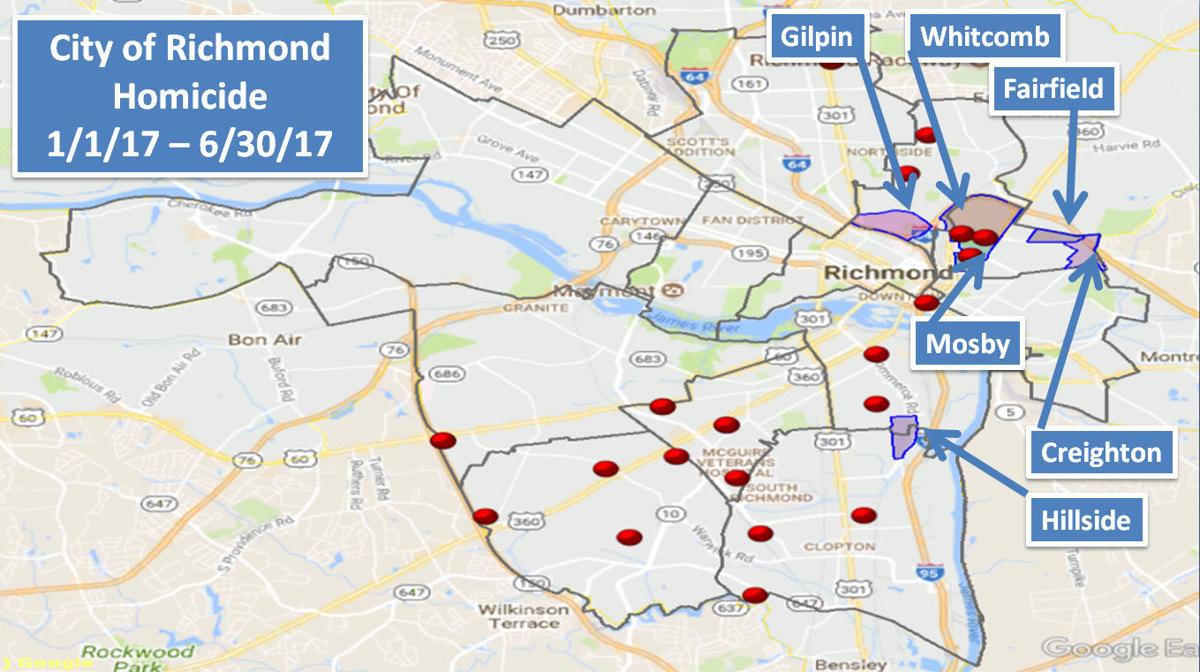 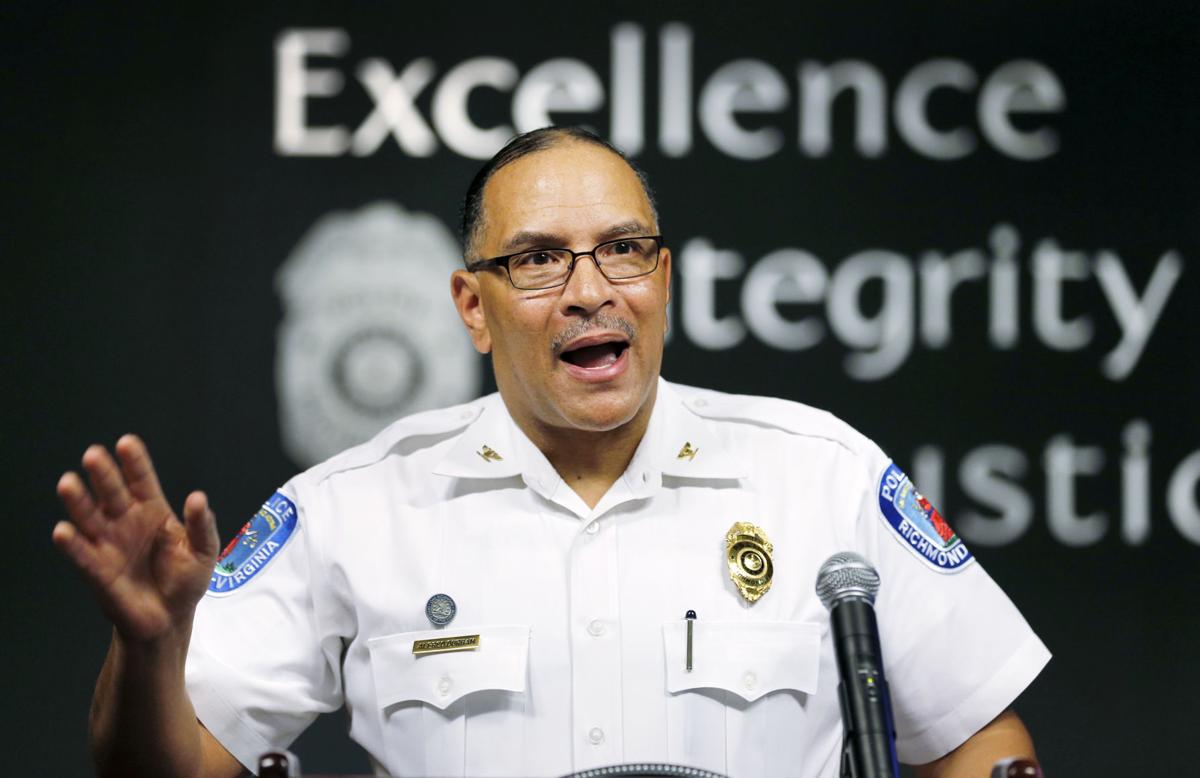 Richmond Police Chief Alfred Durham spoke Friday during a midyear update on crime in the city. 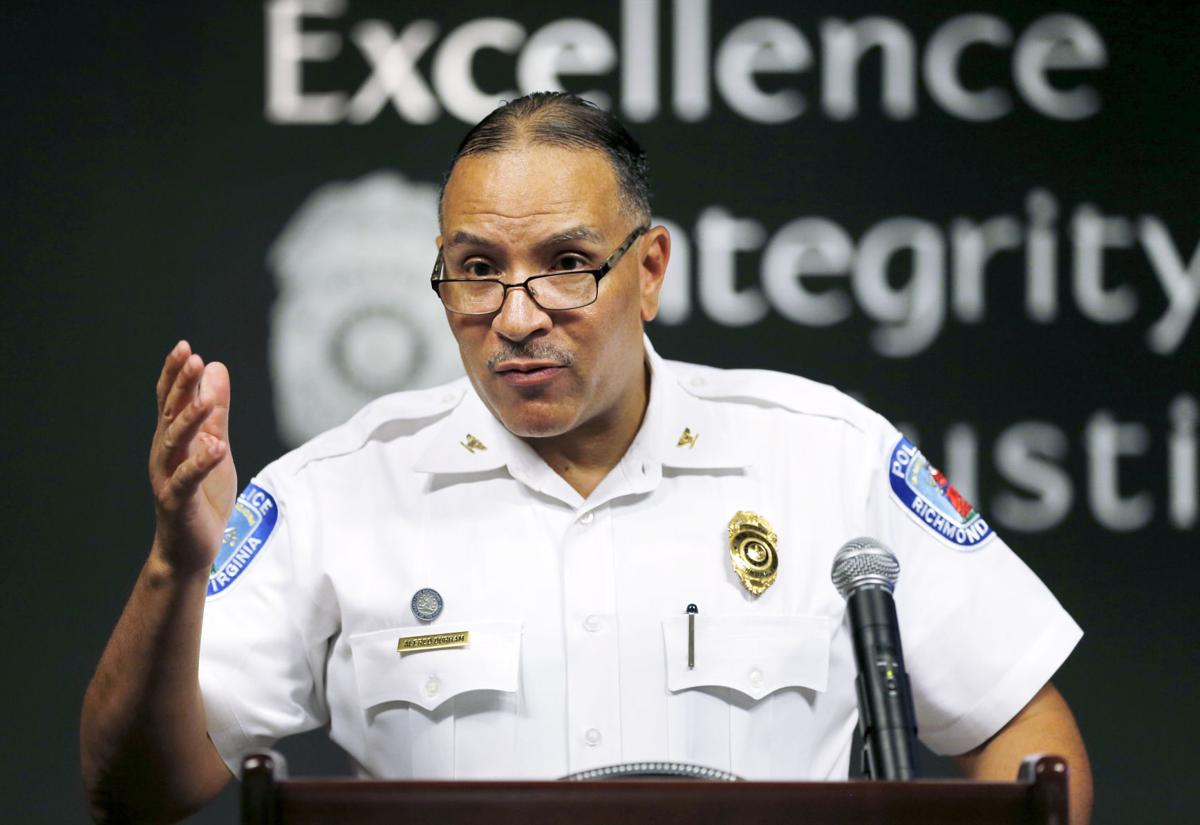 Richmond chief of police Alfred Durham speaks during a mid-year update on crime in Richmond on July 21, 2017 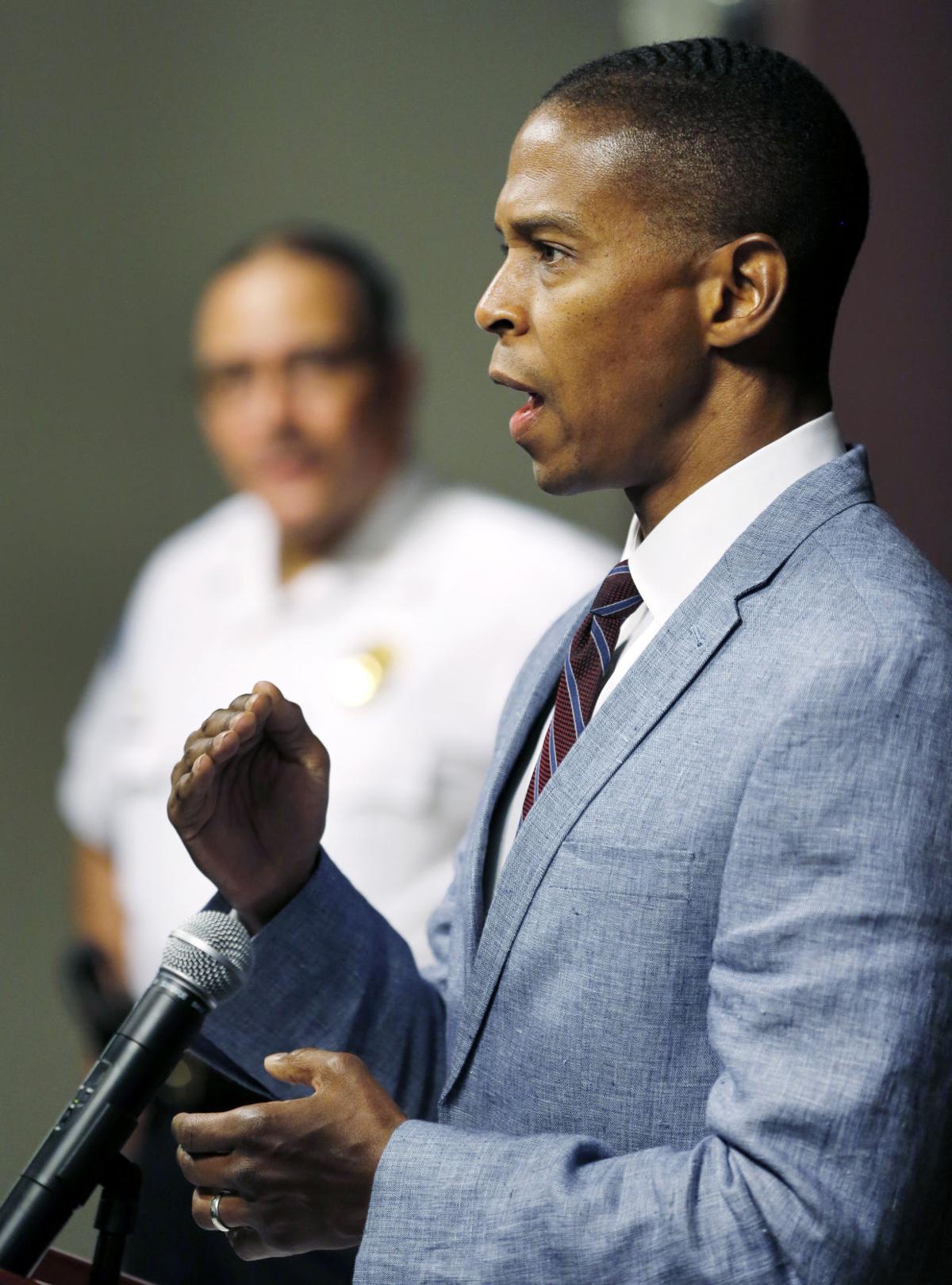 Crime in Richmond is still on the rise this year after a deadly 2016.

The 3 percent increase in violent crime across the city so far in 2017 largely centers on the Richmond Redevelopment and Housing Authority properties in the East End and other concentrated areas of poverty in South Richmond, according to police.

What’s most disturbing about the crime trends he presented, Durham said, is its effect on the city’s youth.

“We’ve had our challenges with our young kids being shot and murdered in our city,” Durham said. “Everybody should be disturbed by that. Fourteen of our children shot. Four of our children killed.”

Among the 14 shot and wounded this year were a 7-year-old boy at a bus stop with his father in a drive-by and two girls — one 4 and the other 7 — who were shot accidentally.

Durham said he pooled as many resources as possible to combat the violent tide that consumed Mosby Court early in the year. A double homicide where 15-year-old Taliek Brown and 16-year-old Mikkaisha Smoot died shook the community at the end of March, and the fatal shooting of Virginia State Police Special Agent Michael Walter in May brought it to a standstill overnight as police searched for the shooter.

In the 56 days since Walter’s death, there has been just one shooting in Mosby. It occurred last weekend, Durham said. Meanwhile, Whitcomb Court — where five people were injured in a drive-by shooting earlier this week — and Gilpin Court are seeing crime rise.

The crime-fighting plan works, Durham said “when you give it that attention. But ladies and gentlemen, I have to tell you, it’s tough maintaining that posture with the resources when then other communities have flare-ups.”

Durham theorized that the police presence in Mosby may have displaced some crime into those neighboring communities.

Gilpin leads the six largest RRHA properties in all incidents — which the chief defined as anything where police took a report. Mosby is third. RRHA properties account for a third of the 4,786 incidents of crime in the first six months of 2017.

The correlation between crime and poverty is not new, nor is it unique to Richmond, said Herring, the commonwealth’s attorney. He’s proposed a “root cause” analysis to drill down deeper into some of the common factors such as poverty and poor health and the impact they might have on crime. Herring challenged the city to look at violence, and particularly gun violence, as a health crisis — on par with opioid and drug abuse.

“It reveals that the scope of the problem is beyond traditional law enforcement suppression,” Herring said. “So to that end, hopefully, later on in the fall we’re going to do root-cause analysis in the city, which is a mammoth undertaking, but will be very illuminating on the actual causes of the crime in these pockets.”

Herring said the causes could range from density of housing, poor education or health care issues.

“Whatever the cause is, if we don’t try to bring some resources to bear on the cause, you will always be presented with a graphic like this,” he said. “And that to me is bordering on stupidity.”

Durham said the department has biweekly meetings with the housing authority to talk crime. The authority has mentioned adding cameras and purchasing ShotSpotter, a gunfire locator or gunshot detection system, for their properties.

Violent crimes — homicides, rapes, robberies and aggravated assaults — are up 3 percent in the first half of the year. But in April, the city’s violent crime was up 9 percent compared to last year. Durham said the department has worked hard to close the gap.

“Hopefully, prayerfully, we will be below last year,” Durham said.

Last year, the city saw 61 homicides, the most in a decade. Another six deaths — four justified homicides and two death investigations — are not among that number that police report to the FBI.

So far this year, the city has had 33 homicides — 31 of which occurred in the first six months, which was the focus of Friday’s press conference. Three are being investigated by Virginia State Police. There are three other death investigations, two justified homicides, one fatal officer-involved shooting and a manslaughter, or accidental shooting death.

“Like many of you in our communities, we, as the police department, we’re frustrated also with the violence that’s occurring in our city,” Durham said. “When a violent crime occurs, it’s an all-hands-on-deck approach, not only by members of the Richmond Police Department and our partners, be it in the criminal justice system, be it on the federal side, but most importantly our community members.

“Folks are tired; we are too.”

Crime by the numbers

6.8 percent increase in all crime

31 homicides, including 3 being investigated by Virginia State Police

Crime in Richmond this year

PHOTOS: Crime in Richmond by the numbers

'Women are increasingly getting involved in the game'; number of women killed in Richmond spiking in 2017

More women have been killed in Richmond this year than in any year since 2007, when the Richmond Times-Dispatch began tracking homicide data.

Two men were fatally shot in the Shockoe Bottom business district early Sunday. One witness said the shooting happened less than half a block …

Richmond Police Chief Alfred Durham spoke Friday during a midyear update on crime in the city.

Richmond chief of police Alfred Durham speaks during a mid-year update on crime in Richmond on July 21, 2017