The board of visitors at Virginia Commonwealth University on Friday approved plans for several new buildings, including a student commons, a high-rise residential building on West Grace Street, an arts building on West Broad Street, and an academic building in the heart of campus.

The university also released a more detailed vision for the athletics village at the site of the current Virginia ABC facility on Hermitage Road, and it announced plans to add green space and “front doors” to the university.

The entire project will cost a projected $1.2 billion, paid for by the state and the university over the next six years. VCU called it “among the most transformative capital plans in VCU’s history.”

VCU released concept drawings of a new tennis facility, which will be located on the northern end of the athletics village on Hermitage Road, where the Virginia ABC building currently stands. The tennis facility will include 18 courts, including six indoor. A few rows of bleachers will overlook the indoor and outdoor courts.

South of the tennis courts, there are plans for an indoor track, multiuse courts inside the track and elevated bleachers overlooking the facility.

Farther south, on the east side of Hermitage Road, there will be an outdoor track surrounding a soccer field, bleachers overlooking the track and field, and a separate practice field.

A baseball stadium that would host the Richmond Flying Squirrels and the VCU baseball team was not a part of VCU’s concept drawings. The drawings suggest that if a baseball stadium is built, it could go on the west side of Hermitage Road, where The Diamond parking lot and Sports Backers Stadium currently exist.

VCU has not determined a cost for the village yet. The athletic department will soon launch its largest fundraising campaign ever to pay for the facility, said VCU athletics director Ed McLaughlin.

“We’re really close on it,” McLaughlin said. “We’re trying to nail down the project cost. But we are very, very close to launching that campaign full blast.”

VCU has already spent about $17 million buying property for the village, and the General Assembly allocated an additional $14.7 million for the university to purchase the ABC property.

VCU has plans for a new four-floor student commons building across West Main Street from the current commons, where the T. Edward Temple Building and tennis courts currently stand.

The new facility will include recreation space, dining, event space and other student-focused operations.

A university’s student center carries a lot of weight in a school’s perception to potential applicants, Meredith Weiss, VCU’s vice president for administration, told a board committee Thursday. She said the current facility is undersized and older.

The new commons, plus a wellness facility and green space, are estimated to cost $156 million and will be funded by the university in the 2024-26 time period.

The added green space, which would connect the library to the student commons, will change the feel of the Monroe Park campus, Weiss said.

The Temple building holds the school of media and culture, classrooms, office and labs. The tennis courts will move to the new athletics village.

Once the current commons is torn down, an interdisciplinary classroom and lab building is planned for the space, adjacent to a large swath of grass and trees the university is calling an “iconic green space.”

VCU projects a cost of $152 million for the interdisciplinary classroom and lab building, which would be funded by the state and is slated for the 2022-24 biennium.

Students need to have a sense of arrival on campus without separating VCU from the city of Richmond, Weiss said.

VCU identified the intersection of Grace and Belvidere streets as the “front door” of the university. To let visitors know they have arrived, VCU plans to install at the intersection a seat wall, landscape feature, large VCU signs or some other improvement.

Weiss said such features give students a community feel.

The university eventually will build a welcome center near the location, which could take 10 years to fully install. In the next two years, VCU plans to spend $8 million on campus streets, streetscapes and lighting.

VCU’s real estate arm purchased the parcels at 600 W. Grace St. and 606 W. Grace St. in 2018 for a cost of $3.76 million. A Sunoco gas station and convenience store that once stood on the plot was demolished that year.

A concept drawing shows a new honors dormitory building across Grace Street from the Honors College, similar in design to the other residential buildings down the road. The first floor would offer retail space, and residences would occupy the upper floors.

VCU Health plans to build a new school of dentistry at a cost of $196 million, to be funded by the state in the 2024-26 biennium.

Replacing the current building would be an interdisciplinary health sciences building, library, innovation center and green space, slated to cost $281 million, funded mostly by the state.

The new building will be a central hub for the MCV campus, and it will feature a bridge system that connects adjacent buildings.

VCU intends to build a new arts and innovation building at the southeast corner of West Broad and North Belvidere streets, across from the Institute for Contemporary Art. It will include hybrid classroom-labs, performance spaces and “creative incubators.”

The new arts building is slated to cost $181 million and will be funded by the state. VCU listed the building as part of its plans for the 2022-24 biennium.

A time capsule beneath the Robert E. Lee statue will be removed by Gov. Ralph Northam.

In one of Richmond’s hottest neighborhoods, a pool that was a source of recreation and respite for generations of public housing residents has sat empty for almost a decade.

'He's such an incredible man': Father-son doctor duo are treating cancer together

Dr. David Randolph II was 10 when he determined, in all his wistful youthfulness, that his father was a real-life superhero. 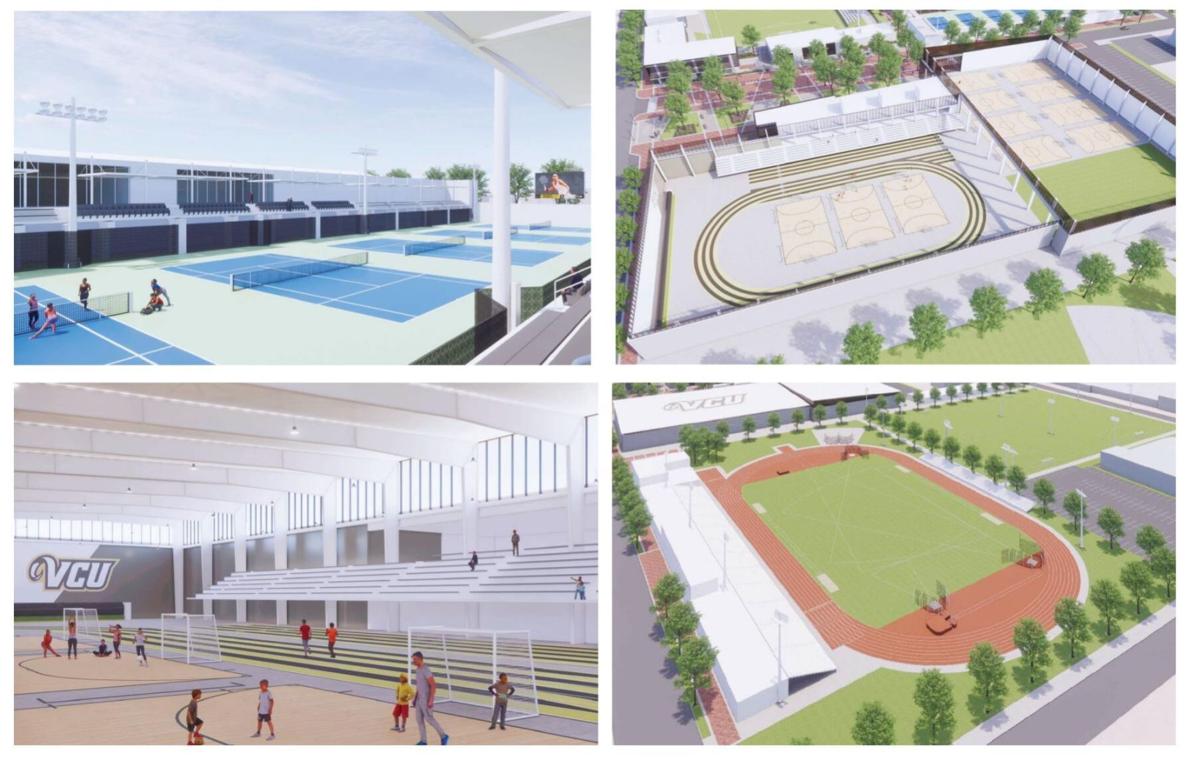 VCU’s athletics village is planned for the site of the current Virginia ABC building on Hermitage Road. The new facility will have 18 tennis courts, multiuse courts, a soccer field and a practice field, as well as indoor and outdoor tracks. 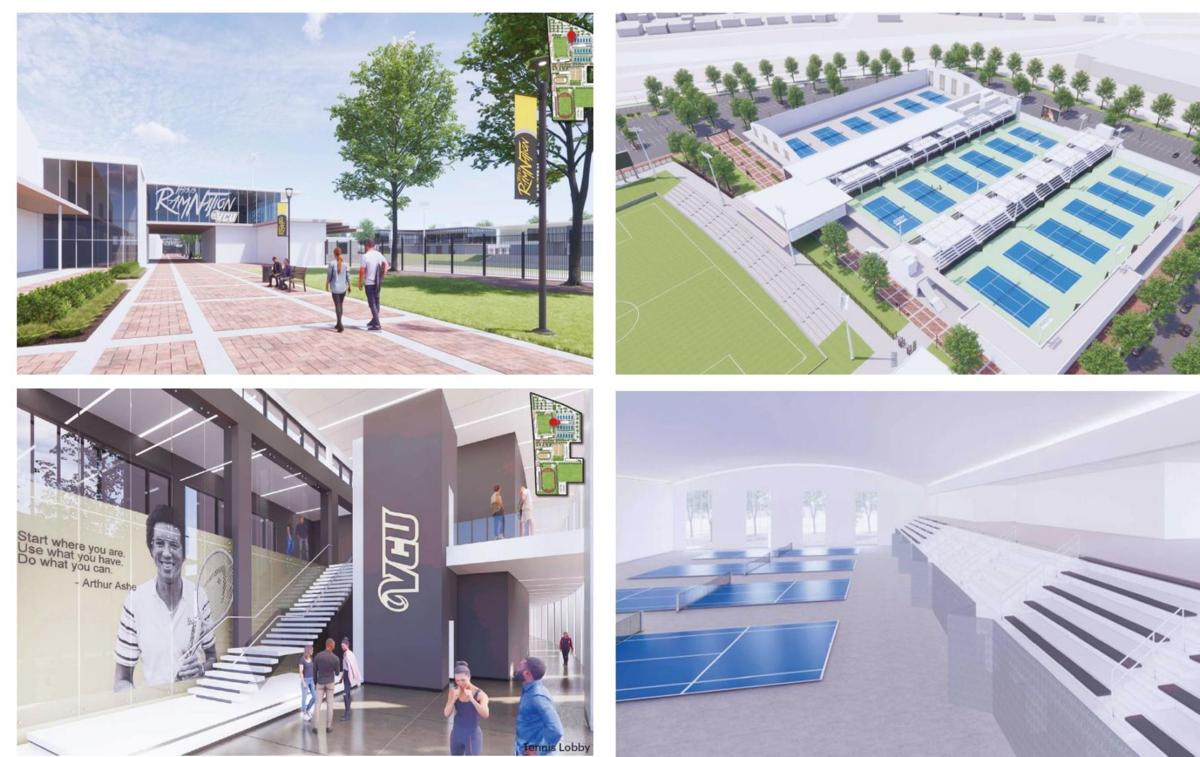 VCU's new tennis facility is planned for the northern end of the athletics village where the Virginia ABC facility currently exists. The university is planning 18 courts, including six indoor, with bleachers for spectators. 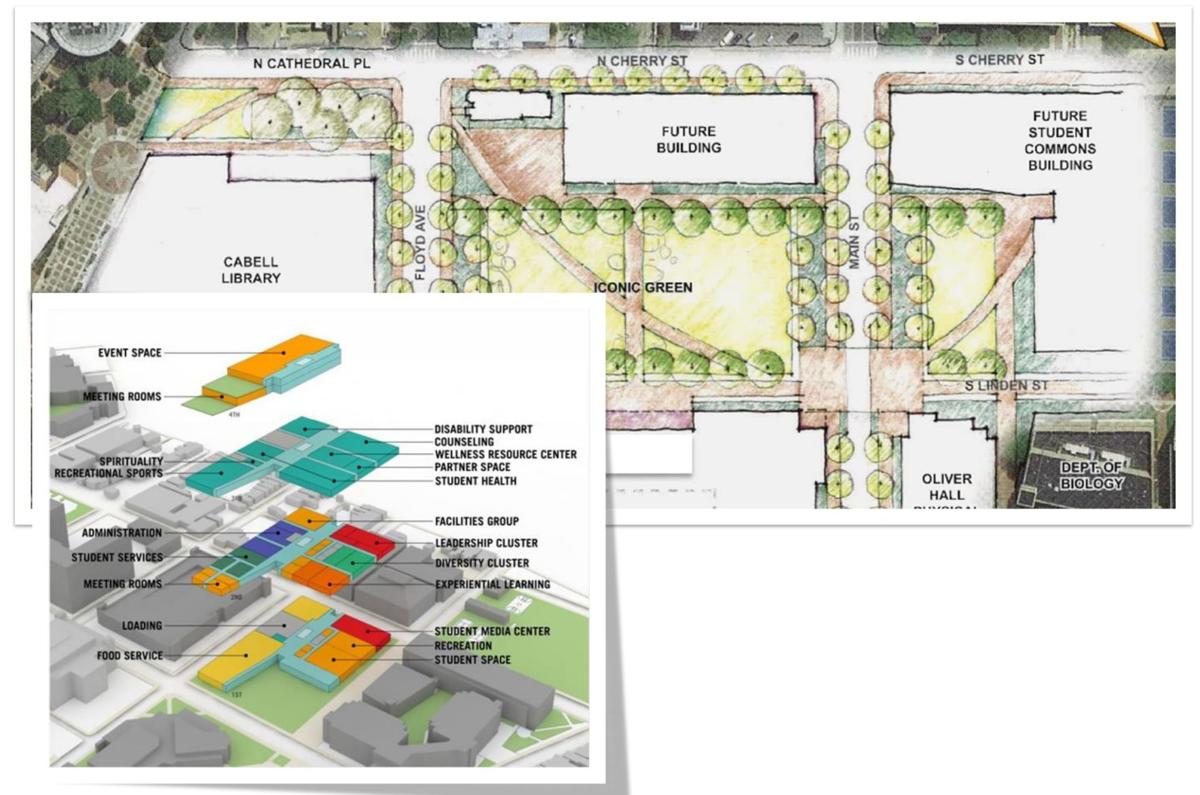 VCU plans to build a four-story student commons across West Main Street from its current location. It will replace the T. Edward Temple Building and current tennis courts.

VCU plans to construct a residential building with retail space across from the Honors College on West Grace Street. 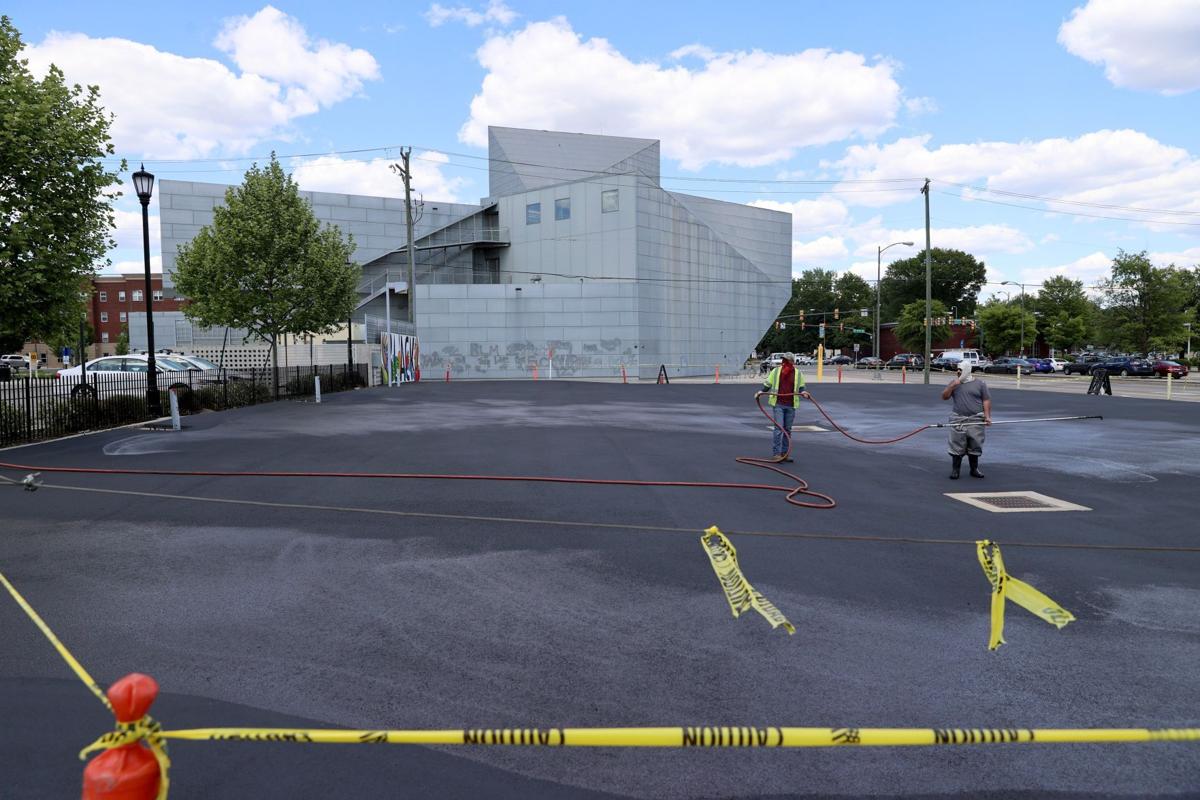 VCU is planning a new dormitory at 600 W. Grace St. Students who live on campus are more likely to stay enrolled and more likely to graduate, school officials said. 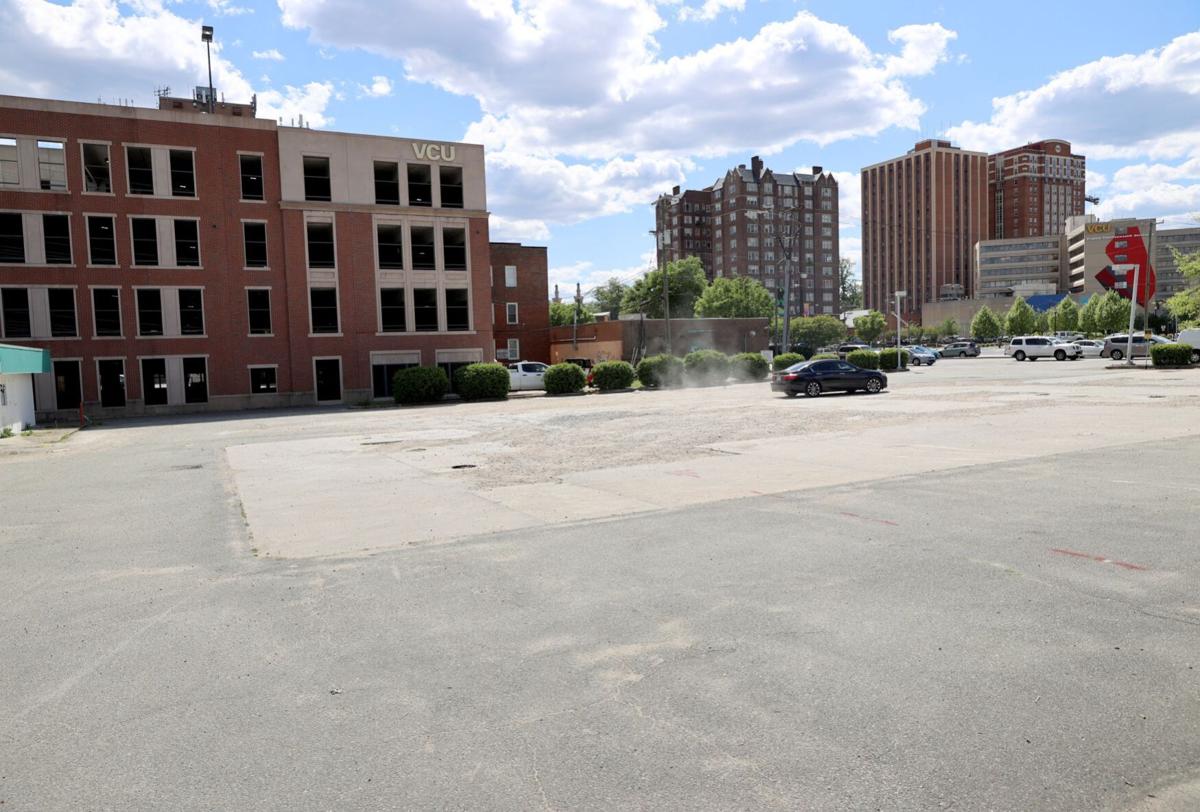 Virginia Commonwealth University’s new arts lab will rise in an open area at the southeast corner of West Broad and North Belvidere streets. 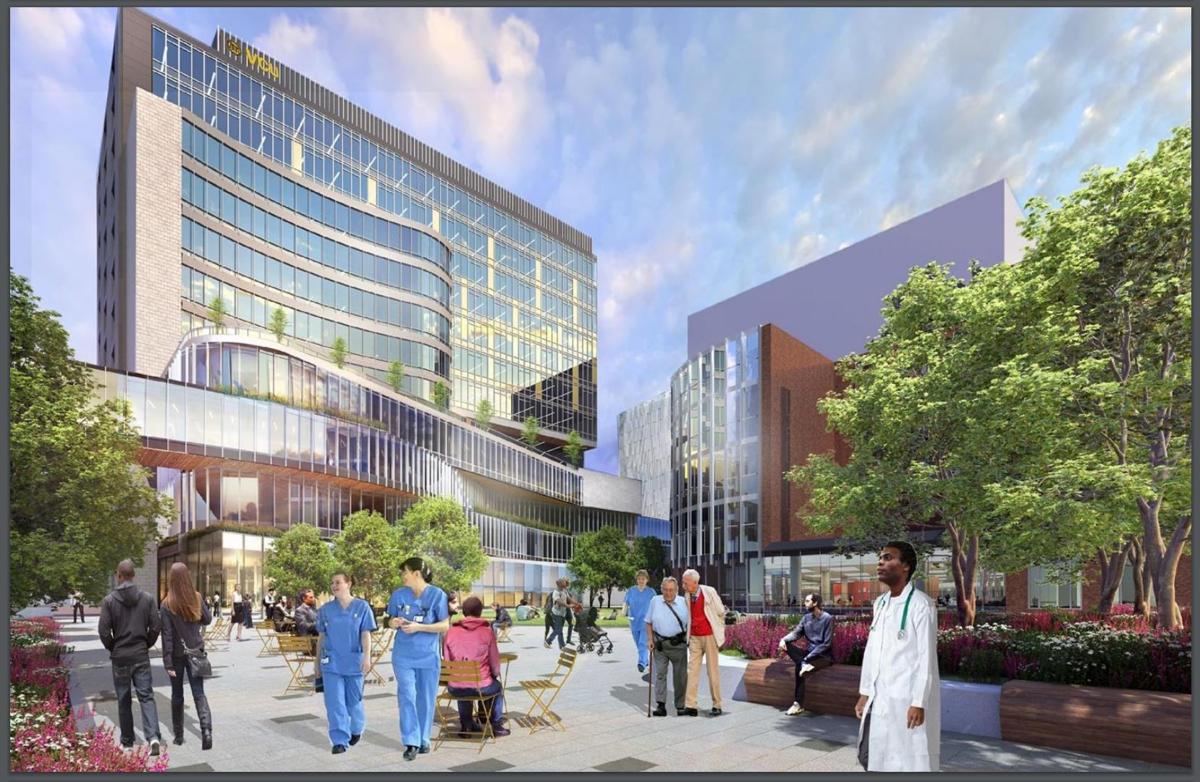 On N. 12th Street, where the dental school currently exists, VCU plans to build a new interdisciplinary health sciences building with bridge systems connecting to other buildings and green space.