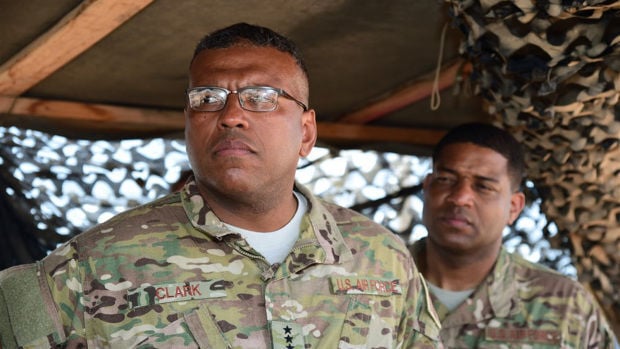 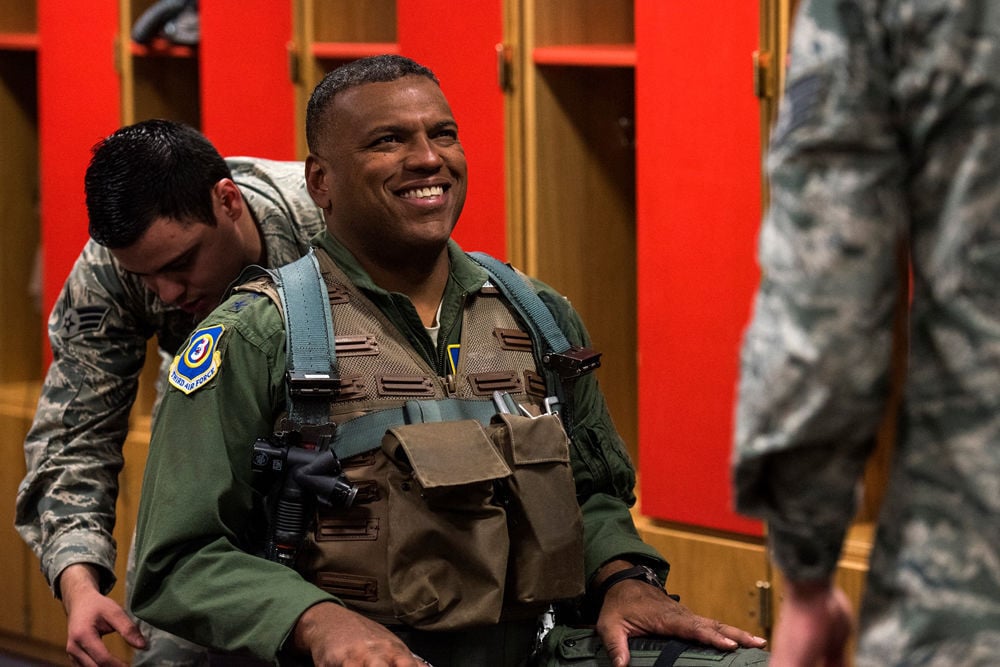 Of his education and upbringing, Lt. Gen. Richard Clark said, “I am grateful to Richmond Public Schools and the people in Richmond, as well as my parents, my family and friends, for this opportunity because, really, I am a product of them. And I’m just blessed to have known them and been influenced by them.” 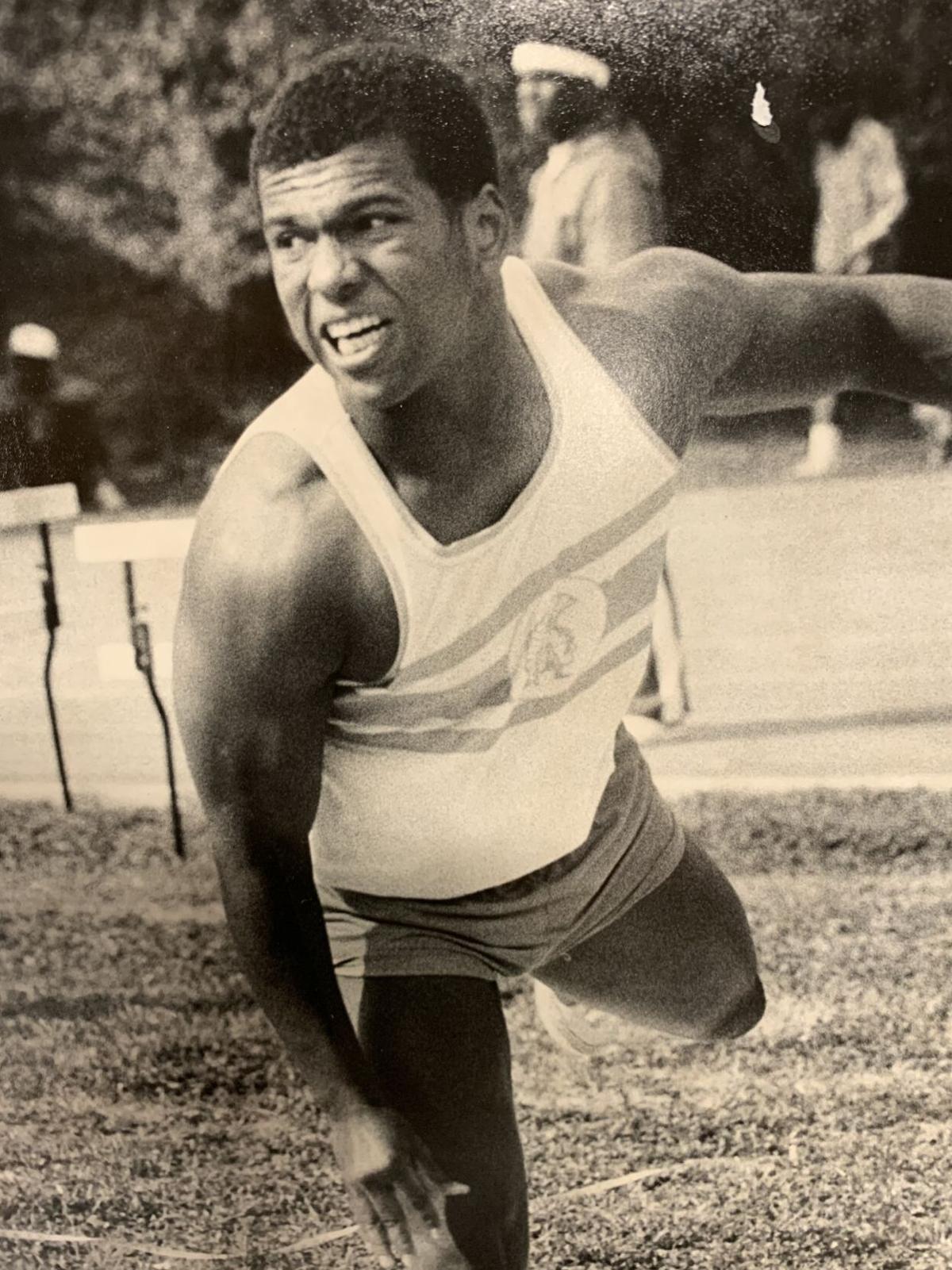 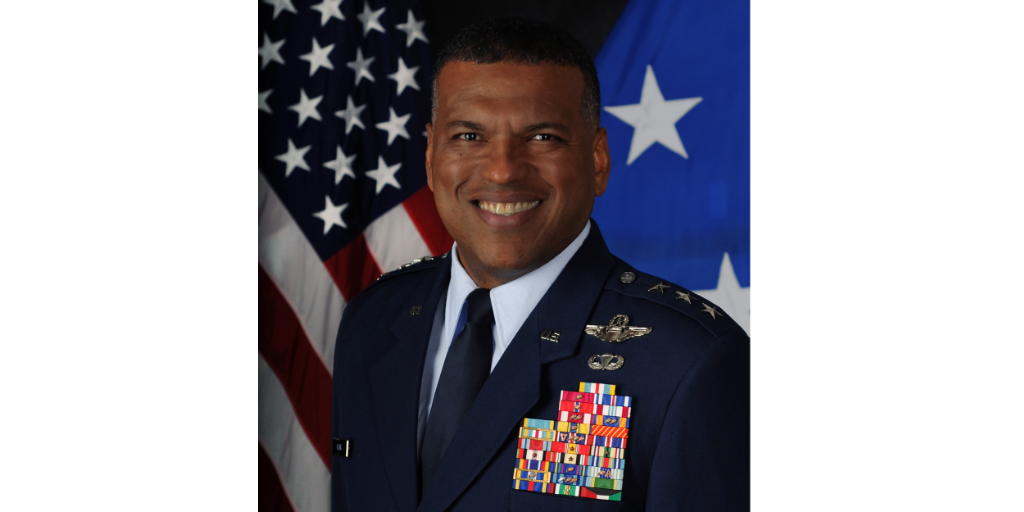 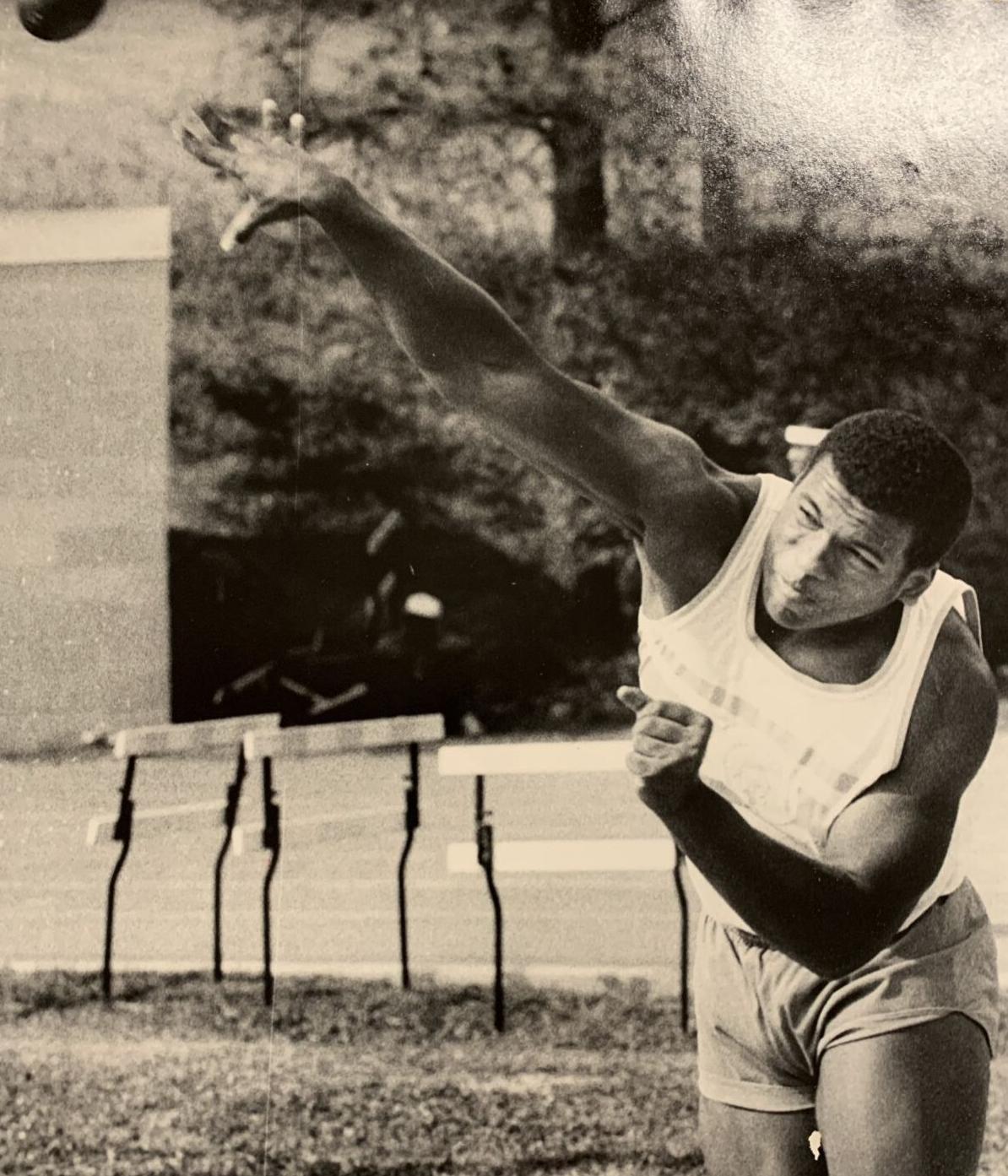 Richard Clark stood out in track and field, and football, at Richmond’s Jefferson-Huguenot-Wyhe High School.

Richard Clark, of Richmond’s Jefferson-Huguenot-Wythe High School, won the Colonial District shot put championship on April 30, 1982, with an effort of 53 feet, 3 inches — the best in the area that year.

After the event, Clark noted that his spring physics project helped him make a 3-foot improvement in the district meet over his previous personal best. In the project, he investigated the mechanics of shot putting, and won fourth place in the Virginia Junior Academy Science Fair at Virginia Tech.

In addition to standing out in track and field for JHW, Clark was an All-Metro football player, as an offensive lineman. Also a linebacker, he was offered a scholarship to the College of William & Mary and envisioned playing in the same college program as high school teammate Archie Harris. At JHW, Clark played left guard and Harris played left tackle.

Clark and Harris, neighbors who became close friends at John B. Cary Elementary School, both committed to William & Mary.

“One of my [high school] guidance counselors was a reservist in the Air Force, a reserve colonel, and talked me into at least considering the Air Force Academy,” Clark said Friday. “The coaches got in touch with me and they flew me out there for a visit, and I had always wanted to be a pilot. And when I got out there, they hooked me, and I changed my direction right there.

Now a lieutenant general in the Air Force, Clark, 56, will return to the Air Force Academy in Colorado Springs, Colo., as its superintendent in September. He was nominated for the position by President Donald Trump in July, and Clark was confirmed by the Senate in early August.

Lt. Gen. Darryl A. Williams became the first Black superintendent of the U.S. Military Academy at West Point, N.Y., in 2018.

“I am so honored and grateful for this opportunity, and excited, to go back to my alma mater and help to lead the school and develop leaders for the Air Force and the country,” said Clark, who moved from California to Richmond as a fourth-grader. “I thought this opportunity might be something for me years ago and then I thought the ship had sailed. When the opportunity was presented to me one more time, by our chief of staff of the Air Force, I jumped at it.

“This will likely be my last assignment, so I couldn’t be happier to have this for my wife, Amy, and I and our two kids, to go here and to be able to do this. It’s just an enormous opportunity to work at a great institution.”

Harris, a Washington-based attorney and actor who was the best man in Clark’s wedding, recalled Clark in his youth as “a daredevil. He was a skateboarder. He’d do the handstands and all the flips and stuff.”

Academically, Harris characterized Clark as “very bright, very intelligent. He was doing his homework all the time. No slacking, or anything like that. He didn’t cut corners. Out of a [JHW] class of 564, he was either top five or top 10.”

Harris became a W&M standout offensive tackle and was selected by the Chicago Bears in the seventh round of the 1987 NFL Draft. Clark lettered four years at Air Force and helped the 1985 team to a 12-1 record in what is considered the best season in school history.

The Falcons that year beat Notre Dame, lost only at Brigham Young University, and defeated Texas in the Bluebonnet Bowl. Clark totaled 30 tackles, six for losses, as a starting nose guard that season for a team that ranked No. 8 in the final AP Poll.

“It was really a dream season aside from that one game, BYU,” Clark said. “It’s a time in my life that I won’t forget, and it really did shape me, I think, as a person and as a leader. So I’m grateful to have been on that team for a lot of reasons.”

Clark enjoyed the sport so much that he joined the Air Force coaching staff following his graduation.

“I was all ate up with football. I wanted to keep doing it,” Clark said. “But then once I went to pilot training after that coaching year, I had a new love. My love switched from coaching to flying, and that’s what I did for most of the rest of my career.

“Although I don’t write it off, because if someone offered me a coaching job now ... I still love football, and I love coaching.”

Clark will supervise the Air Force Academy’s undergraduate academic program, military and athletic training, and character development. Cadets graduate the school as second lieutenants in the Air Force. Clark currently works as deputy chief of staff for strategic deterrence and nuclear integration, and is based at the Pentagon in Arlington.

Clark’s Air Force career includes tours in Iraq, Egypt and Germany. He has logged 400 combat hours among his 4,200 flight hours, piloting bombers, refueling aircraft and jets. From 2010 to 2012, Clark served as commandant of cadets at the Air Force Academy.

Jefferson-Huguenot-Wythe, Armstrong-Kennedy and Marshall-Walker existed as consolidated high schools from 1979 to 1986, after it was determined that declining enrollments and maintenance costs made them better options combined than independent high schools in Richmond.

“I am grateful to Richmond Public Schools and the people in Richmond, as well as my parents, my family and friends, for this opportunity because, really, I am a product of them,” Clark said. “And I’m just blessed to have known them and been influenced by them.”

In the latest ranking of best colleges by U.S. News & World Report, UVA moves up to 26th, and William & Mary ascends to 39th.

Of his education and upbringing, Lt. Gen. Richard Clark said, “I am grateful to Richmond Public Schools and the people in Richmond, as well as my parents, my family and friends, for this opportunity because, really, I am a product of them. And I’m just blessed to have known them and been influenced by them.”

Richard Clark stood out in track and field, and football, at Richmond’s Jefferson-Huguenot-Wyhe High School.