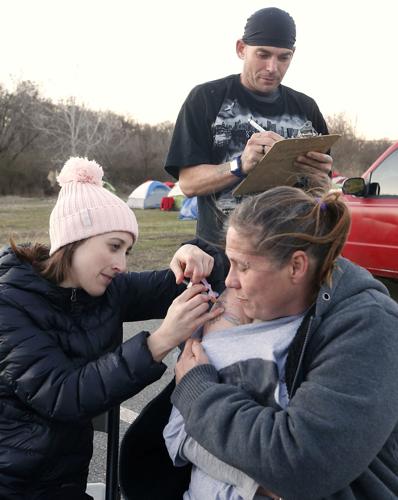 Joanna Cirillo, a public health nurse with Richmond City Health District, gives Dorothy Holloway a shot as Brandon Holloway fills out forms before getting his vaccine. Cirillo was giving flu and hep A shots to the homeless living in the tent city at 1400 Oliver Hill Way Thurs., Jan. 16, 2020. The Holloways came to Richmond recently from Florida. 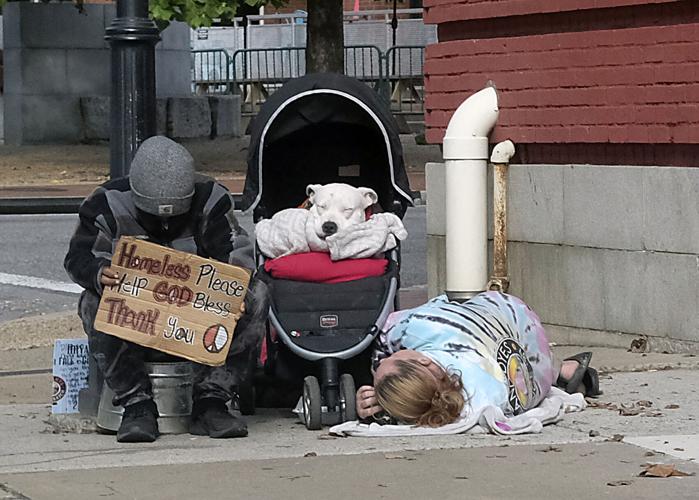 Two homeless people and their dog at the corner of Dock and 14th Streets in Richmond, VA, October 31, 2020. A large homeless population exists in the city and frequent busy street corners during daylight hours.

The overall number of people experiencing homelessness in the Richmond area has decreased since last summer, but more people are living on the street than ever before, according to the region’s shelter and homeless services coordinator.

Following the recent completion of its biannual Point in Time count last month, the Greater Richmond Continuum of Care announced Wednesday that at least 447 people were homeless at the end of July, with only 243 of them in shelters.

“It’s really disheartening to see the people who are unsheltered living outdoors. That to me is a call to action,” said Kelly King Horne, executive director of Homeward, the nonprofit that oversees shelter programs and service providers across Richmond, the town of Ashland and the counties of Charles City, Chesterfield, Goochland, Hanover, Henrico, New Kent and Powhatan.

“We really need to identify how we can connect people to resources — but especially housing,” she said. “We’re entering a new phase of a housing affordability crisis.”

Officials say the number of people who are unsheltered is usually higher in the summer, but expect significant challenges in the months ahead after government rent relief programs and temporary housing protections adopted because of the COVID-19 pandemic expired this spring.

The figures released Wednesday show that homelessness has fallen below pre-pandemic levels.

King Horne said acute emergency aid helped to address the spike in people experiencing homelessness, but some advocates and local officials say they are concerned there is not enough dedicated shelter space in the area, especially as rents continue to rise and home vacancy rates reach historic lows.

Over the past two years, the city has spent millions in federal dollars to shelter hundreds of people in hotel rooms around the region. While it helps address immediate needs, advocates in the community have said that approach has made accessing shelter difficult for many.

The health crisis came as the city and regional service providers have struggled to adopt permanent plans for a seasonal cold weather shelter.

Richmond Mayor Levar Stoney promised to find a permanent location for the shelter after the city stopped using the city-owned Public Safety building on North Ninth Street in 2018 because of building safety issues.

After years of upheaval, the city has not yet formed cold weather shelter plans for this coming season.

In June, Commonwealth Catholic Charities announced it would return $1.8 million that the city had awarded the nonprofit to renovate its facilities at 809 Oliver Hill Way to add 75 emergency beds for the inclement weather shelter program. Officials from the nonprofit organization said “extended delays” had made it impossible for them to complete the work in time for the shelter to open at the start of the season.

Councilwoman Stephanie Lynch and King Horne on Wednesday said the city has issued a new contract solicitation to identify a partner for the shelter program. Lynch said bids are due to the city on Aug. 25.

Lynch, who has been vocal about the need for a shelter and better services, said the release of the homeless data Wednesday demonstrates the need for a new facility that also serves as a point of entry for people who need services in addition to emergency shelter.

“It hasn’t been a good situation,” she said. “It’s heartbreaking. We need to see some true intentionality and care put into the improvement of this system and the way that it serves them.” 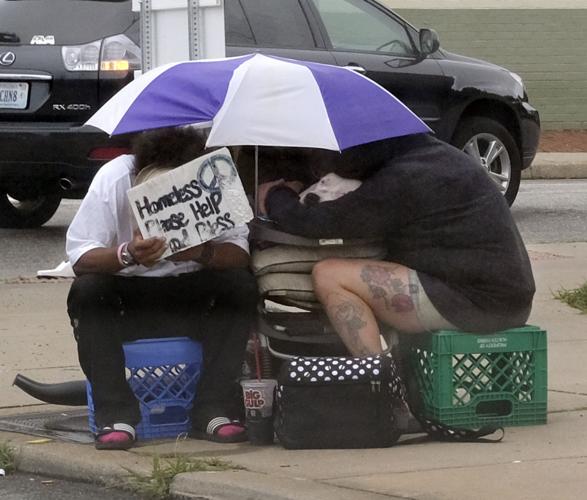 A homeless couple and their dog (center) huddle under an umbrella at the intersection of Ellwood and Thompson Streets in Richmond, VA Thursday, June 13, 2019 as light rain fell in the metro area.

Joanna Cirillo, a public health nurse with Richmond City Health District, gives Dorothy Holloway a shot as Brandon Holloway fills out forms before getting his vaccine. Cirillo was giving flu and hep A shots to the homeless living in the tent city at 1400 Oliver Hill Way Thurs., Jan. 16, 2020. The Holloways came to Richmond recently from Florida.

Two homeless people and their dog at the corner of Dock and 14th Streets in Richmond, VA, October 31, 2020. A large homeless population exists in the city and frequent busy street corners during daylight hours. 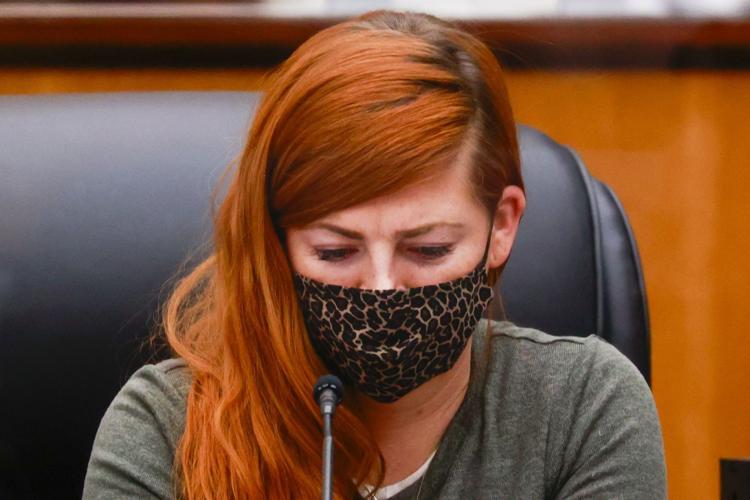 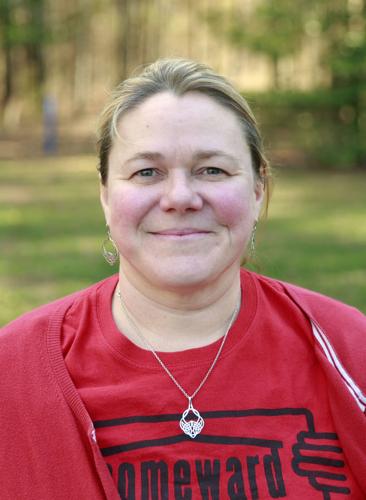 Kelly King Horne is executive director of Homeward, a regional planning agency for the homeless. 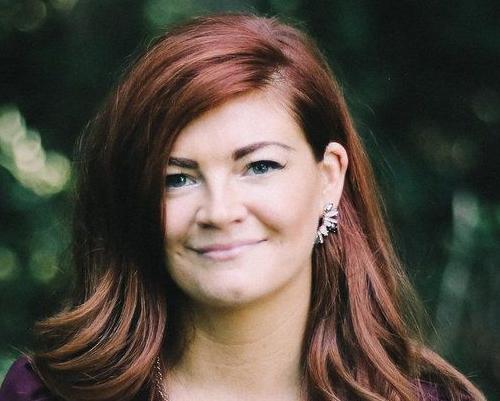