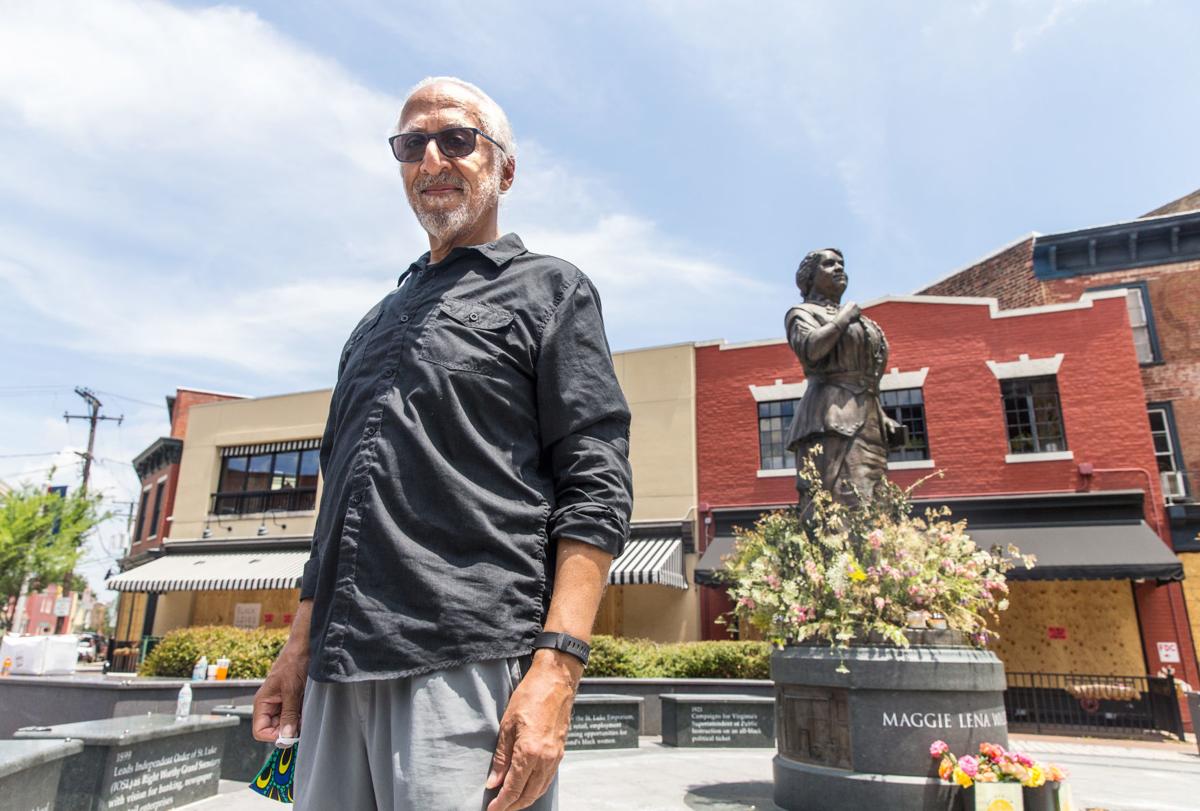 Oliver Hill Jr. stood by the Maggie L. Walker statue in Richmond last month. Mr. Hill was the son of Oliver Hill Sr., who argued the landmark Brown v. Board of Education case. 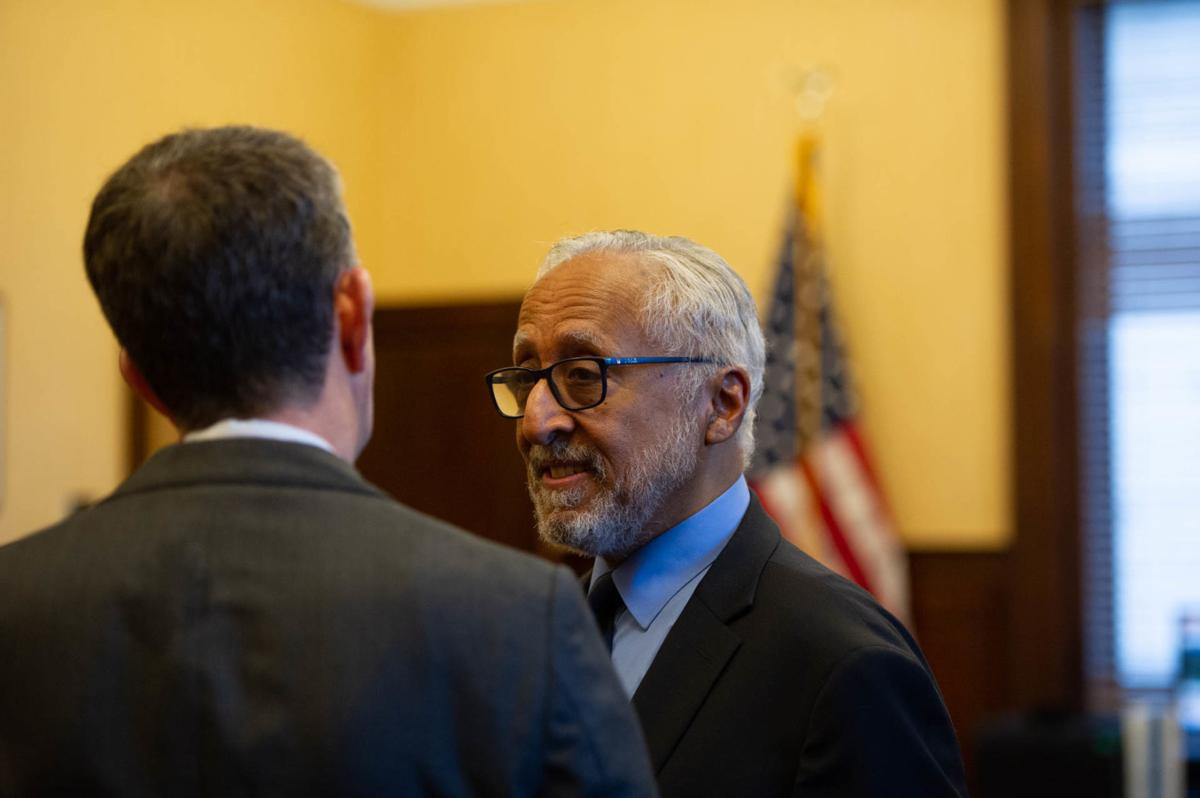 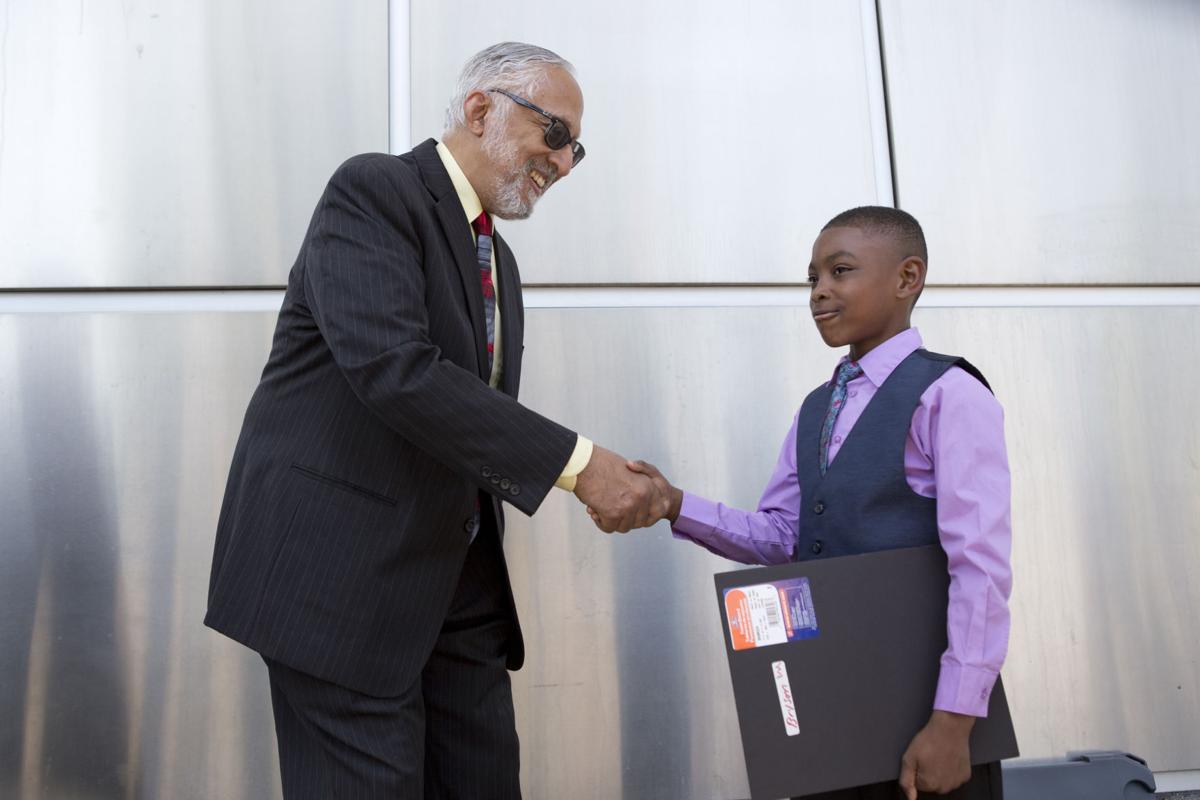 Oliver Hill Jr. shakes hands with Bryson Mackey, 9, of Roanoke, who is in the youth mentoring program at the Oliver Hill House in Roanoke. 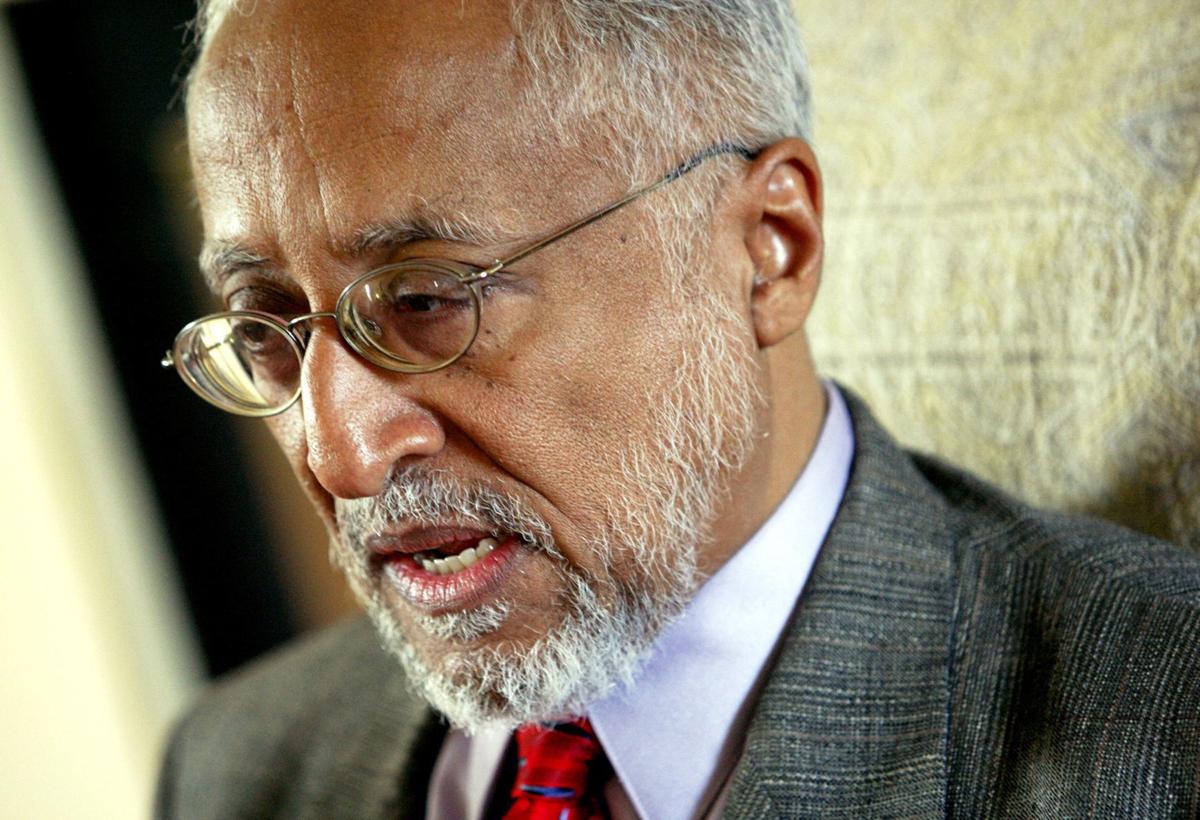 Oliver Hill Jr. earned a doctorate in psychology and was on Virginia State University’s faculty. 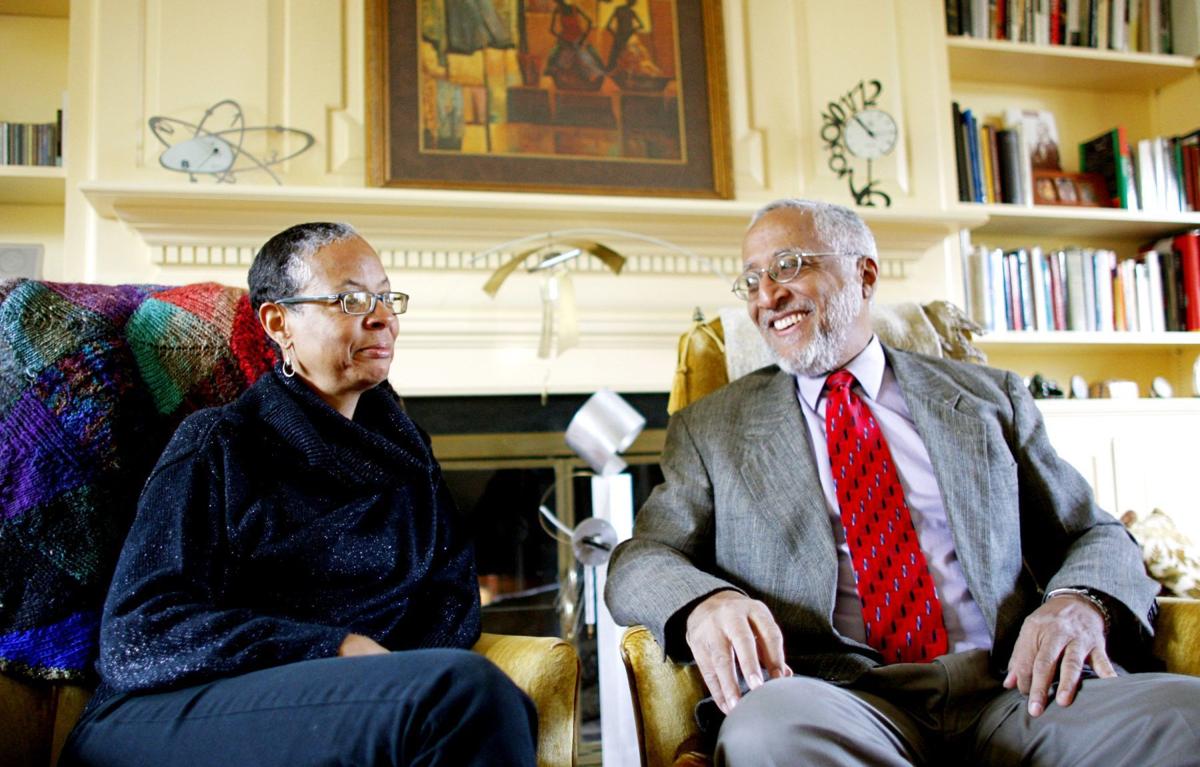 Oliver Hill Jr. and his wife, Renee Hill, were interviewed in their home in 2009. Mr. Hill died Tuesday at age 70.

Oliver “Dukey” Hill Jr. wasn’t much older than 4 when he visited the Supreme Court with his father on the eve of arguments in the landmark Brown v. Board of Education case.

A janitor let Hill and other litigants into the chamber to get a feel for the room, “and Mr. Hill picked Duke up and carried him up to the Supreme Court justice’s chair and sat him down,” recalled Carol Wolf, a former Richmond School Board member who befriended Oliver W. Hill Sr. before his death in 2007.

But the son did not follow the father into the legal profession.

“At first, I didn’t like that,” Wolf recalled the elder Hill saying. “But Duke explained to me that just as I had been about the business of knocking down walls and doors to bring people in, Duke was into helping people free their minds.”

Mr. Hill, who forged his own distinctive trail as an educator, civic conscience and gracious torchbearer of the family legacy, died Tuesday. He was 70.

He was into his first year of retirement after 38 years on the faculty at Virginia State University, where he served as chair of the Psychology department and most recently as interim dean of the College of Natural and Health Sciences. His effort to increase the ranks of students of color in the STEM fields landed a $3.5 million grant from the National Science Foundation to bring the Algebra Project, developed by civil rights activist Bob Moses, to VSU.

But his lifelong proximity to the civil rights movement carried weight beyond the Ettrick campus. Last month, in a Times-Dispatch video, he said he was heartened at the prospect for systemic change.

“You can almost feel it tangibly in the last week or so here in Richmond, in particular with the attitudes about the monuments,” he said. “One day, people were against taking them down, and the next day, there was a change. And I think those kinds of moments are turning points in history.”

Upon his return, Mr. Hill taught the practice to Grey and his circle of Battery Park friends, who as adolescents formed their own Greek fraternity to emulate those at nearby Virginia Union University.

“He was always in sort of rarefied air philosophically,” Grey said. “Also, funny as heck.”

Mr. Hill’s droll humor was on display during a session at the University of Richmond taught by Margaret Edds, author of a book on Hill Sr. and Spottswood Robinson III. The pair represented the Prince Edward County students in the lawsuit that became part of the Brown v. Board of Education case.

Hill was among 26 black students who enrolled in seventh grade at Chandler Junior High one year after Gloria Mead and Carol Swann integrated the North Side school in 1960, carrying out what his father helped achieve in the courts.

Hill, recalling that time, “was so surprised to learn, from what was being taught, how happy the slaves were,” Edds recalled. “He told that story with a laugh.”

He would go on to finish John Marshall High School before earning his bachelor’s degree from Howard University and a master’s and Ph.D. in psychology from the University of Michigan.

“He was a highly intelligent person who knew what needed to be and what should be,” the former governor said.

Dawit Haile was a VSU colleague of Hill’s for 23 years, working to enhance the number of African Americans successfully pursuing science, technology, engineering and mathematics (STEM) at the college level. They secured grant money to improve the quality of mathematics education in middle and high schools by increasing the skills of teachers. “He was dedicated in helping K-12 teachers in preparing minority students in Mathematics and Science in order to spark greater interest in these students for STEM fields,” Haile said.

Hill was respected across the campus as an elder statesman, said Reginald Hopkins, his longtime colleague.

“If we had a giant at the university, he was it.”

“I was struck by Oliver’s childhood memories of cross burnings in his yard and his descriptions of some of the hate mail that his father would keep. He also spoke passionately about how his father evolved throughout his life to work on behalf of all marginalized people,” Zur said.

“Oliver Jr. certainly continued that commitment through his own civic work and outreach. He will be missed, but his example will continue to serve as an inspiration”

Richmond police are investigating a six-vehicle crash in North Side on Thanksgiving evening that left two people dead.

Oliver Hill Jr. stood by the Maggie L. Walker statue in Richmond last month. Mr. Hill was the son of Oliver Hill Sr., who argued the landmark Brown v. Board of Education case.

Oliver Hill Jr. shakes hands with Bryson Mackey, 9, of Roanoke, who is in the youth mentoring program at the Oliver Hill House in Roanoke.

Oliver Hill Jr. earned a doctorate in psychology and was on Virginia State University’s faculty.

Oliver Hill Jr. and his wife, Renee Hill, were interviewed in their home in 2009. Mr. Hill died Tuesday at age 70.