© 2020 Lee Enterprises
Terms of Service | Privacy Policy
On this point, there's no argument: Richmond native Thomas F. Freeman, who died this month at 100, was a master coach of debate
0 comments
Share this
{{featured_button_text}}
1 of 4 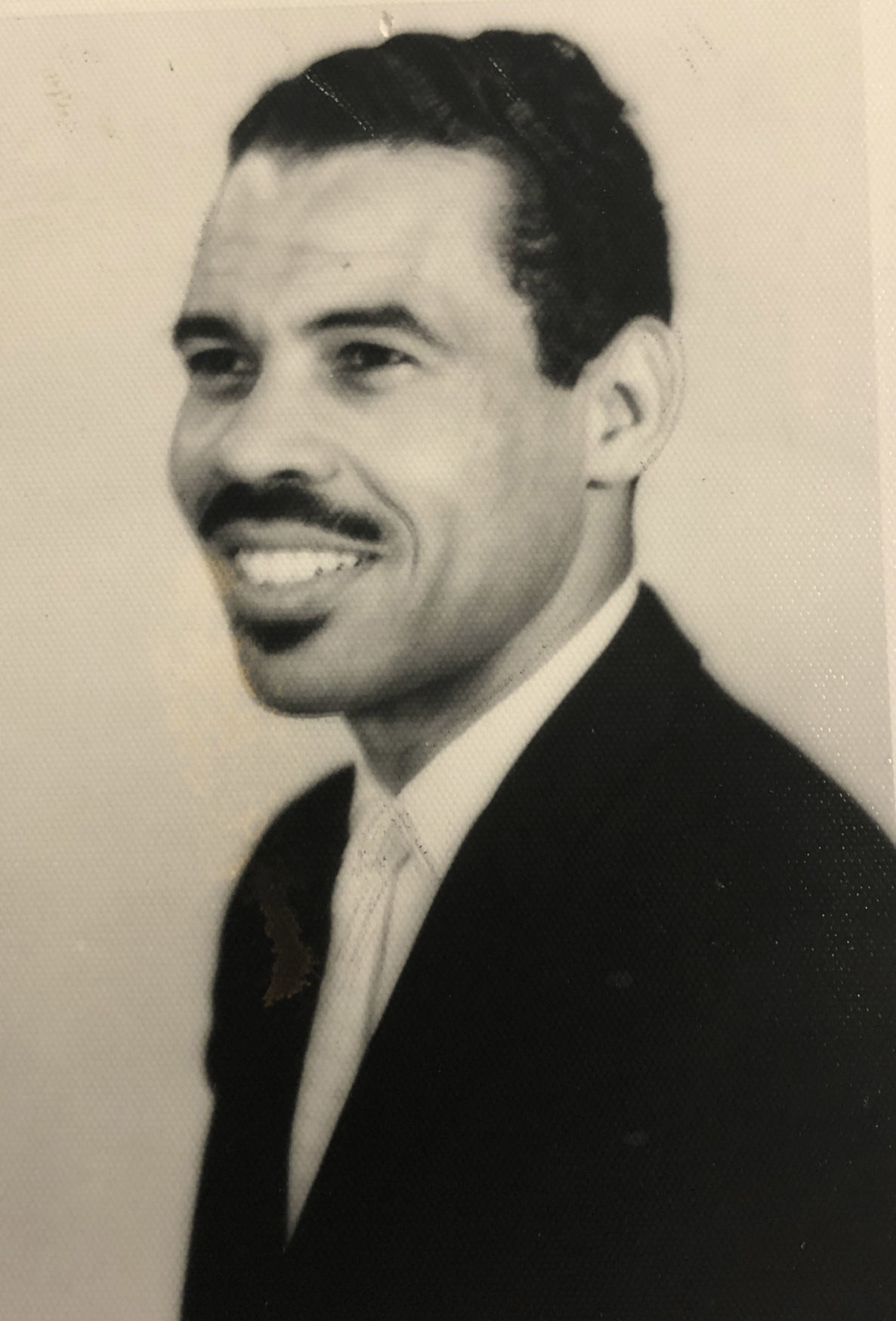 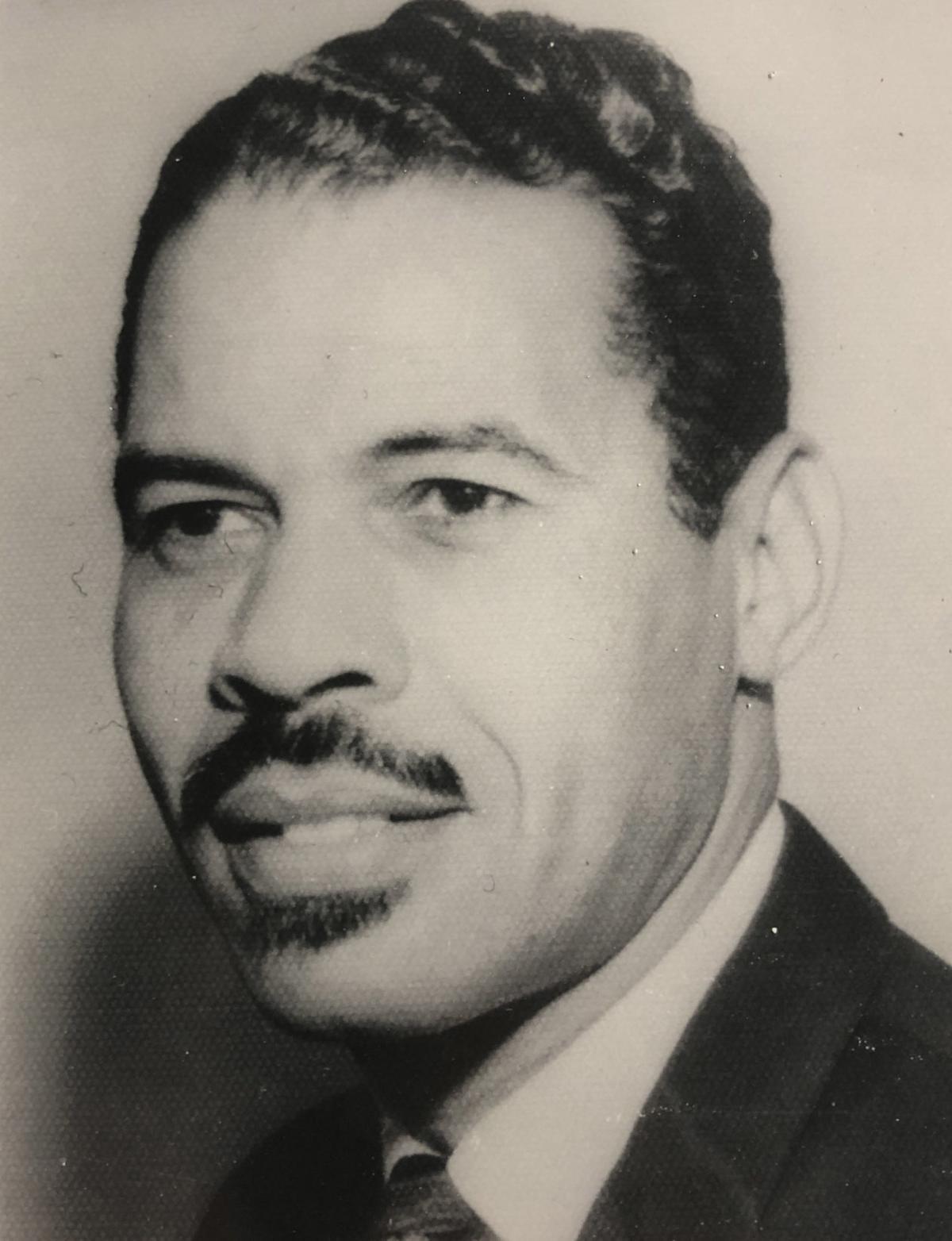 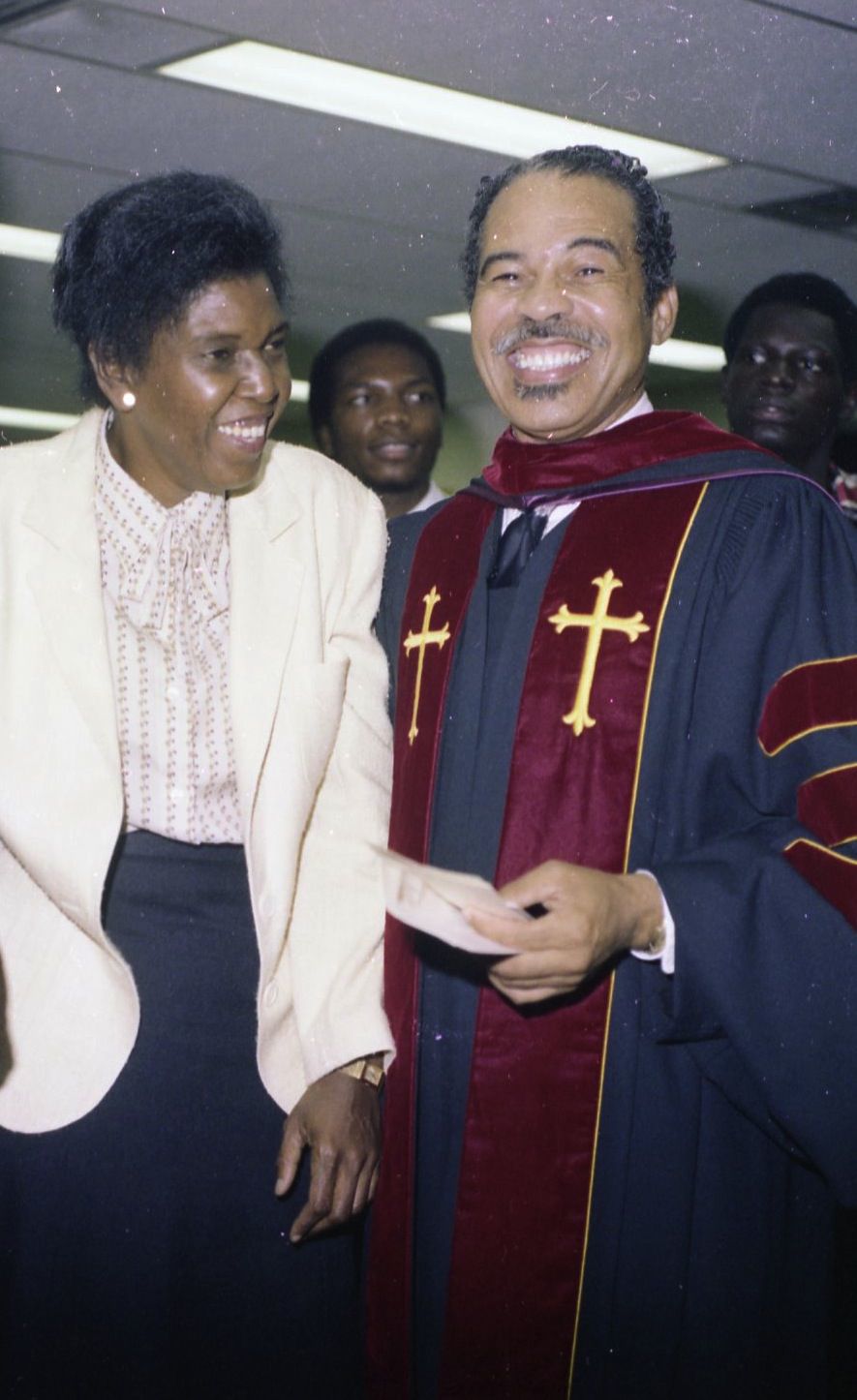 Rep. Barbara Jordan, a Texas Democrat who was the first African American and first woman to deliver the keynote address at a Democratic National Convention, was a student of Freeman's. 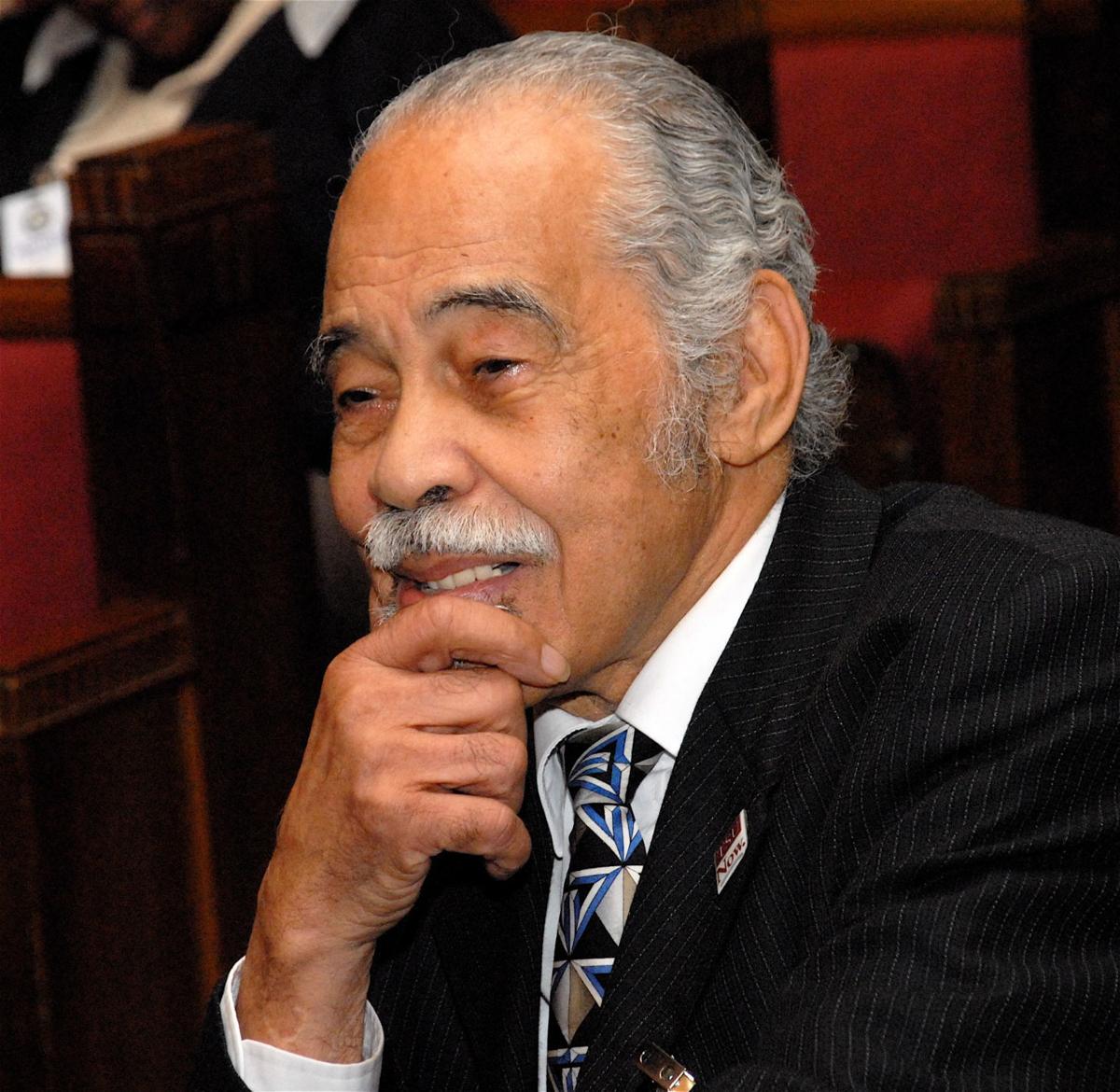 As a boy, public speaking didn’t come easy to the Richmond native. But Dr. Freeman, who died in Houston on June 6, three weeks shy of his 101st birthday, mastered it and believed others could do the same.

“He demanded excellence. And he demanded things from people that they didn’t think they were capable of doing,” said his daughter Carlotta Freeman, a psychiatrist living in Los Angeles. “Dad used to say, ‘If they’re breathing, they have potential.’ So he never turned anyone away.”

Dr. Freeman would go on to become the renowned debate coach at Texas Southern University in Houston, pastor churches, and prep actor and director Denzel Washington on the art of debate. He was a man of multiple callings: teacher, preacher, speaker and mentor.

“By the age of 9, my grandfather was putting him on the soapbox, and he was preaching,” his daughter said Wednesday, hours after TSU’s memorial service for her father. “And he talked of how he had such terrible stage fright, that when he would stand there preaching, tears would roll down his face. And the women would think, ‘Oh, my God, he’s been struck by the Spirit.’ But the truth was, he was scared to death.”

Dr. Freeman was the son of Louis H. Freeman, who ran a wholesale produce business near the Blues Armory, and Louise Willis Freeman, a devout homemaker. He was an intellectually gifted youth who finished Armstrong High School at 15.

His nephew, Emory Freeman of Richmond, called his uncle’s achievements “a testimony not only to his will and his character, but to the foundation that he gained from the Richmond Public School system and the HBCU within Richmond, Virginia Union University.”

After earning an English degree from VUU, Dr. Freeman went on to Andover Newton Theological School and the University of Chicago Divinity School before returning to Richmond to serve as pastor of Mount Carmel Baptist Church, then in Jackson Ward.

Along the way, he impressed a dean at Texas Southern, who invited him to teach for nine months. He arrived on campus in 1949 with the intention of returning to Richmond when he was done.

As part of his religion class, he had his students engage in debate. The students realized they’d found a coach for what would be a fledgling debate team; he agreed.

“He came here with the intention of doing one thing, but God had a different plan for him,” his daughter said.

He became pastor of Houston’s Mount Horem Baptist Church and never truly left the church or TSU, where he kept office hours until the outbreak of the coronavirus pandemic. He’d also taught at Rice University.

“Dad went to work every day of the week if he could,” recalled Carlotta Freeman.

“He was at one of three places. If he wasn’t at the office or wasn’t at home, he was working somewhere, giving a speech, receiving an award or preaching at a church,” she said; he never gave the same speech or sermon, and they were always from memory.

Her father said in an interview that the debate team “provides an opportunity for total development.” The acquired skills “will be used not just for debate, but for the analysis of all the situations that one faces.”

Many of the students he taught, in the classroom or on the debate team, went on to success in corporate or political life.

Washington consulted with Dr. Freeman before directing and starring in the 2007 film “The Great Debaters.” That film was based on the success of the Wiley College (Texas) debate team, which beat Harvard in the movie but actually triumphed over the reigning national champion, the University of Southern California.

Dr. Freeman’s team beat Harvard in real life. But, “it wasn’t about winning trophies for him; it was about doing your best,” said Gloria Batiste-Roberts, who was coached by Freeman and ultimately succeeded him at Texas Southern and as director of the Thomas F. Freeman Center for Forensic Excellence.

He believed students learned by doing and by being provided an opportunity, said Batiste-Roberts, who finished at Texas Southern in 1972 and returned to assist Dr. Freeman two years later.

“He knew if you could communicate adequately and succinctly and beautifully, that you could make it in any profession you entered,” she said.

Dr. Freeman left a lasting impression on one famous orator in particular. He’d taught a summer course at Morehouse College, where one of his students was King, his daughter said. “And it wasn’t until much later that he was with the debate students in an Atlanta restaurant. And Dr. King gets up from where he’s sitting and extends his hand and says, ‘Dr. Freeman. I remember you but you may not remember me.’”

“From that point on they got to know each other personally,” his daughter said. “Daddy has this ability to impact people without his being aware of it.”

Jordan, another of his students, would become the first woman and first African American to deliver the keynote address at the Democratic National Convention. She also delivered a memorable speech as a member of the House Judiciary Committee during the Watergate hearings, declaring:

“My faith in the Constitution is whole; it is complete; it is total. And I am not going to sit here and be an idle spectator to the diminution, the subversion, the destruction, of the Constitution.”

Dr. Freeman preached at Jordan’s funeral in 1996, his daughter recalled.

“Daddy helped her to find her voice, which is what he did for everyone.”

The slides, flickering silently over Kenton Vizdos’ corner of the virtual classroom the morning after Election Day, wouldn’t result in his sus…

Lohmann: Escaping the tedium, this Northside family sold their house, bought an RV and hit the road.

A year ago, Liz and Dan Collins and their 10-year-old son, Noah, were merrily going about their daily lives in their North Side neighborhood: …

Rep. Barbara Jordan, a Texas Democrat who was the first African American and first woman to deliver the keynote address at a Democratic National Convention, was a student of Freeman's. 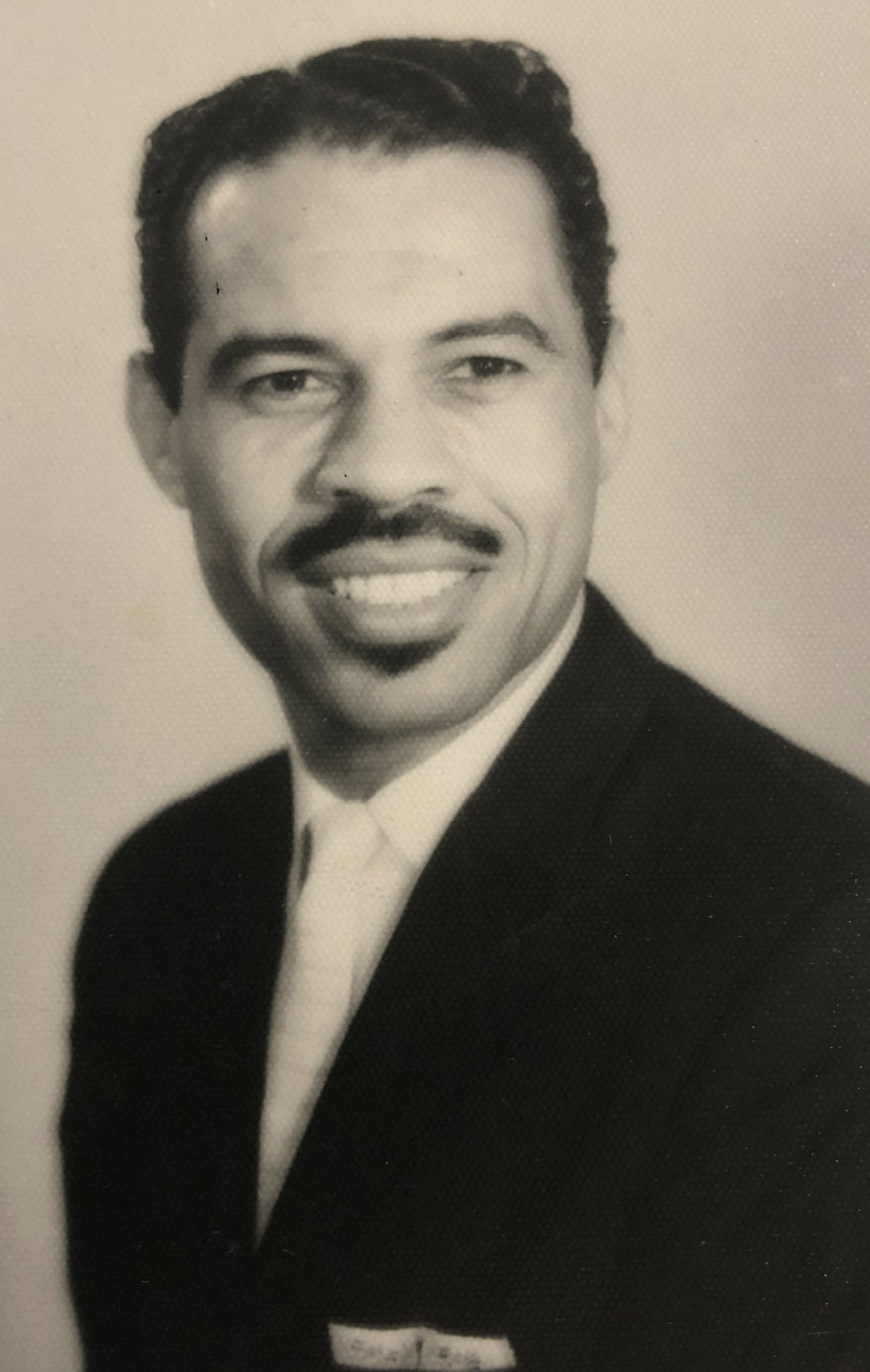