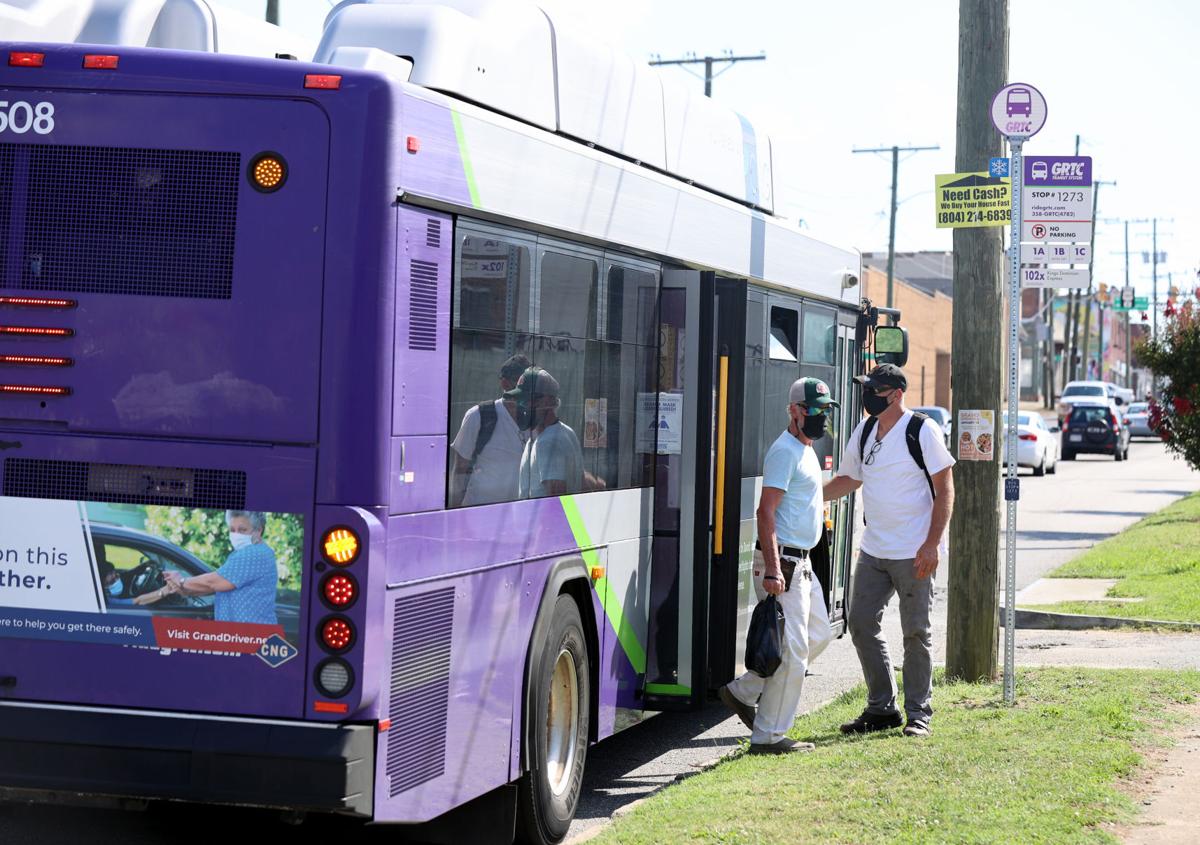 GRTC plans to add benches at 15 stops in Richmond and at four in Chesterfield County by year’s end. 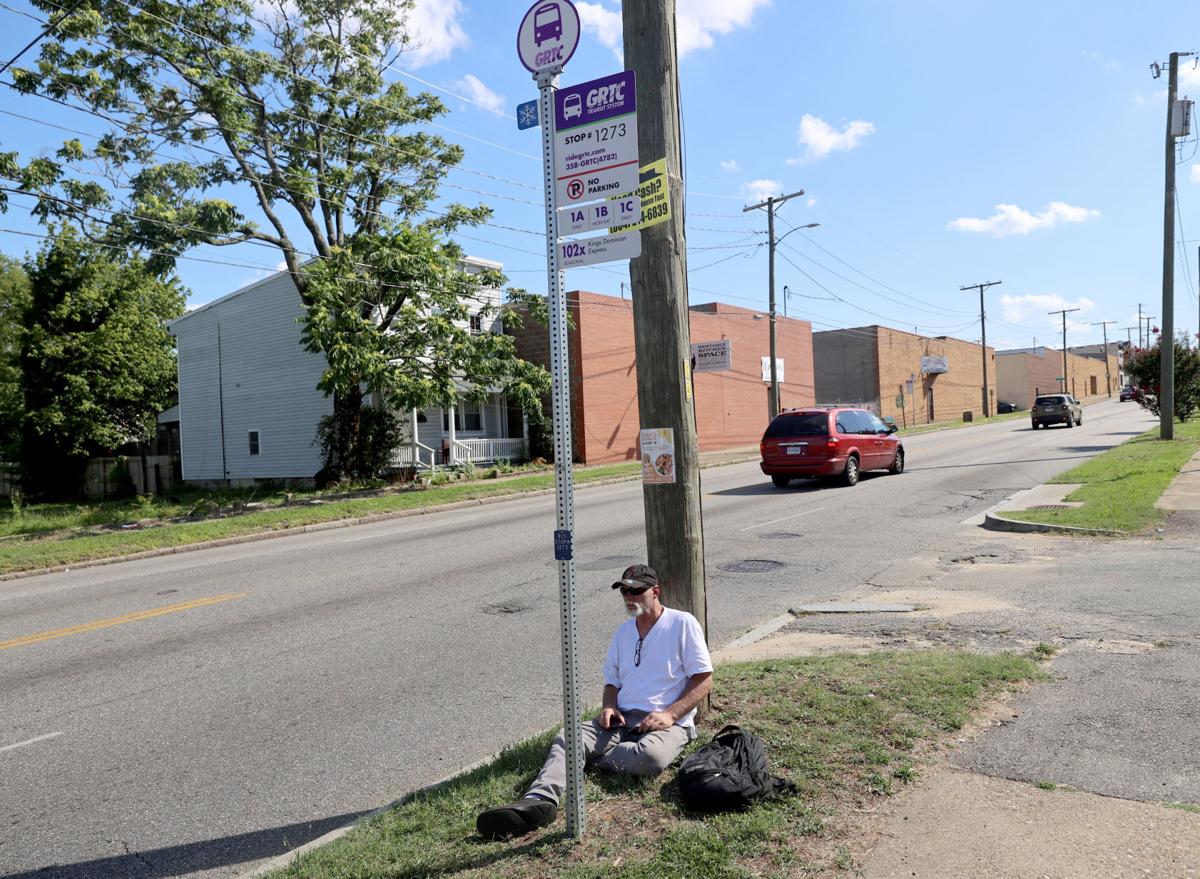 Tom Deladurantaye of Richmond waited for a GRTC bus to head to his home at Hull Street Road in Richmond, Va., on Wednesday, June 30, 2021. Deladurantaye said he waited about 45 minutes for the bus. 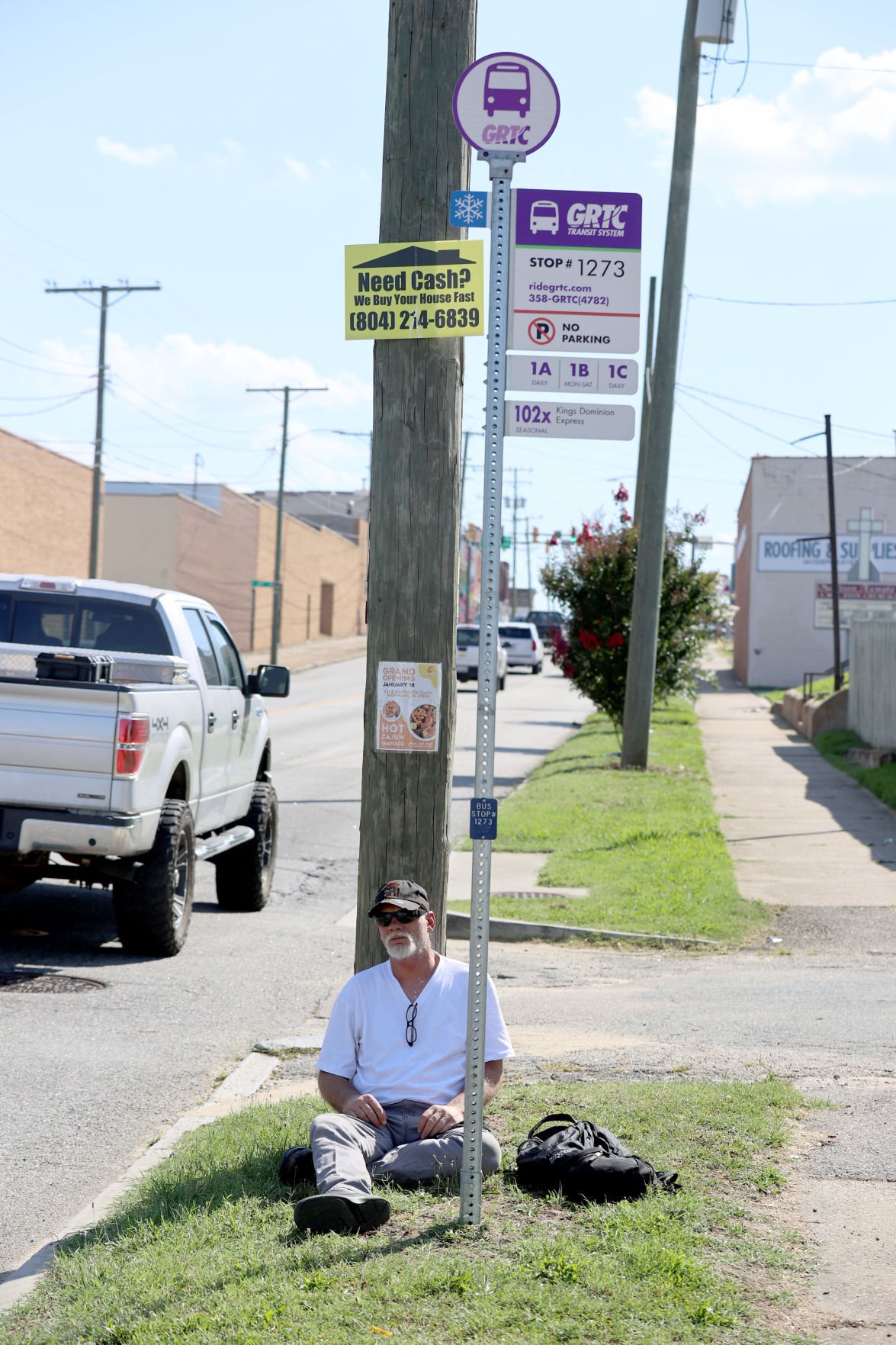 Heading home to Hull Street Road in Richmond last week, Tom Deladurantaye said he waited 45 minutes for a GRTC bus at a stop without a bench or shelter.

As temperatures continue to swelter in Richmond, one woman wants a bus shelter at her bus stop near her apartment so she can cool off while waiting for the bus. One man simply wants a bench so he can sit while waiting.

Another woman emphasized the importance of benches for older adults and pregnant people; she recalled a time when a bus driver impatiently drove off as she was trying to get up from sitting on the ground, having had nowhere to sit while pregnant.

These are just some of the concerns Faith Walker has received as she goes around the city collecting feedback on the GRTC Transit System. Walker is the director of engagement for RVA Rapid Transit, an education and advocacy organization that seeks to improve Richmond’s public transportation infrastructure.

Only about 5% of the nearly 1,600 bus stops across the region’s public transit system have shelters, while nearly 20% have benches, according to GRTC CEO Julie Timm.

Since 2016, the organization has worked to raise awareness of the importance of bus essentials. Through its “The Rider’s Voice” initiative, the group shares and amplifies riders’ concerns and perspectives on GRTC, many of which involve the lack of benches and shelters.

RVA Rapid Transit is working alongside GRTC to help identify neighborhoods and areas that historically have been underserved.

According to the GRTC’s website, bus stops with an average of 20 daily boardings are eligible for a bench, and all bus stops with a bench or shelter are automatically qualified for a trash can. The average cost of a shelter is $10,483, which does not include installation costs.

Walker said litter can stand in the way of bus stop enhancements and improvements. She said some businesses don’t want a bus stop nearby because they fear it might lead to litter.

“I’ve noticed that litter, real or perceived, can become a barrier to the growth and expansion,” she said.

As part of the “Better Bus Stop” program, riders will be able to “adopt a stop.” Such riders agree to pick up litter once a month at their designated bus stop for at least a year. RVA Rapid Transit will provide participants with a kit that includes safety vests, trash pickers, gloves and trash bags.

In addition, individuals or organizations are able to become sponsors of bus stop essentials, raising funds to help install benches or shelters.

The lack of bus essentials is a problem throughout the system, said Nelson Reveley, RVA Rapid Transit’s director of operations. He said the issue stems from a lack of funding and prioritization of public transportation.

GRTC receives funding from the federal, state and local level, including from Richmond and the counties of Henrico and Chesterfield. According to GRTC’s shelter plan for fiscal 2020-24, the transit system planned to install a total of 81 bus shelters over the five years, at an average cost of nearly $260,000 per year.

Ben Campbell, president and chair of GRTC’s board of directors, said public transit infrastructure, including shelters, is important but added that the process is a “constant piece of work” because of funding.

He said that in recent years, GRTC developed a more “systematic” approach not only by looking at route expansion — such as the Pulse bus rapid transit system, as well as service on U.S. Route 1 in Chesterfield — but by also adding shelters and improving other infrastructure within the existing system.

“It’s really a movement into a much more attentive act toward public transit,” Campbell said.

The process for installing shelters and other amenities can take years, said Carrie Rose Pace, GRTC’s director of communications. Because there is a six-year grant planning cycle, she said, the transit system has to plan its spending years in advance.

Rose Pace said that because of funding limitations, the transit system has to prioritize certain stops to invest in. Prioritization depends on ridership rates and requests from the public, among other factors.

The process is a lengthy one and varies within the localities. A GRTC staff member or a rider can recommend and request a new bus stop location or an essential at an existing stop. It’s a “matrix,” as Rose Pace puts it, in which the planning team not only reviews ridership rates but also makes sure the proposed installations are accessible for all and comply with requirements set by the federal Americans with Disabilities Act.

Bus stop updates or installations also are contingent on the permission of nearby property owners and a stop’s current conditions, such as sidewalk space. Rose Pace said that when, for example, there are bumpy sidewalks because of tree roots, that’s within the locality’s jurisdiction to address.

“That’s getting with the locality to make them aware of the issue that’s within their control to remedy,” she said, “and make that a safer or more comfortable pedestrian experience for our riders.”

Rider feedback is important and crucial to making necessary updates, Rose Pace said, and the additional help from RVA Rapid Transit makes it easier to address the feedback from the community. GRTC riders can submit a request to add a bench or trash can to a stop, or report an issue, on GRTC’s website.

GRTC partnered with Bon Secours, a Maryland-based health system, to install 14 bus stops — including shelters, benches and trash cans — throughout Richmond’s East End. After delays due to the COVID-19 pandemic, 10 of the 14 installations are now complete.

GRTC plans to add bus shelters along Nine Mile Road after the city finishes its pedestrian sidewalk improvement project. The installation is expected to be done late this year.

RVA Rapid Transit will officially launch its “adopt a stop” effort from 5 to 8 p.m. Saturday at the Church Hill Gospel Fest at 2600 Nine Mile Road. Individuals or organizations can stop by for information about adopting a stop.

Walker said GRTC wants 50% of its stops to have bus essentials within the next five years. To make such improvements, she said, it will take every part of the community. And RVA Rapid Transit wants to continue to facilitate that.

GRTC plans to add benches at 15 stops in Richmond and at four in Chesterfield County by year’s end.

Tom Deladurantaye of Richmond waited for a GRTC bus to head to his home at Hull Street Road in Richmond, Va., on Wednesday, June 30, 2021. Deladurantaye said he waited about 45 minutes for the bus.

Heading home to Hull Street Road in Richmond last week, Tom Deladurantaye said he waited 45 minutes for a GRTC bus at a stop without a bench or shelter.