Bills to protect criminal defendants and inmates with autism pending in Va. legislature
0 Comments
Share this
1 of 3

Drew Harrison, who has Asperger’s syndrome, was welcomed home from prison on July 25 by his dog and his mother, Judy Harrison. He had served nearly three years behind bars. 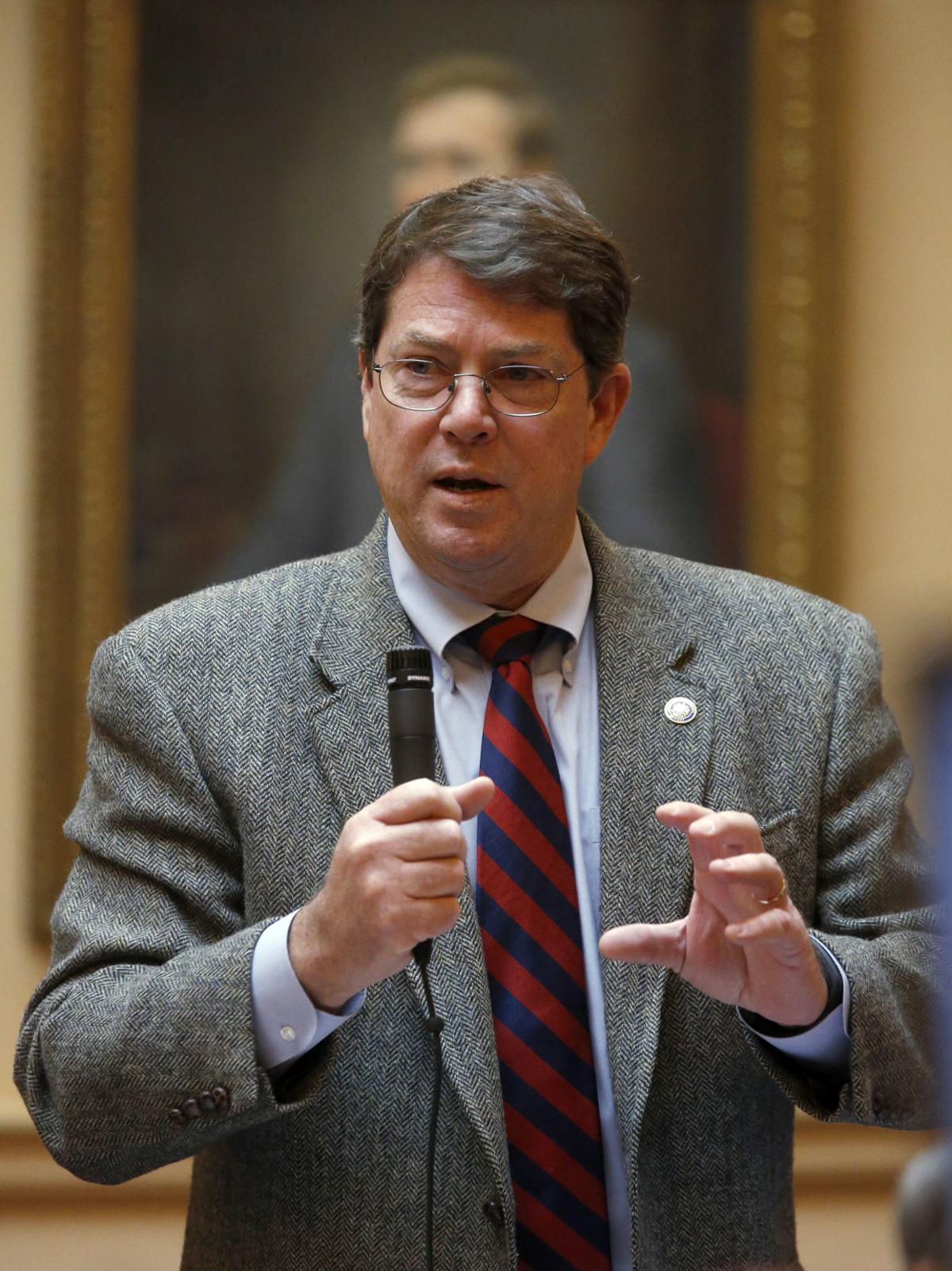 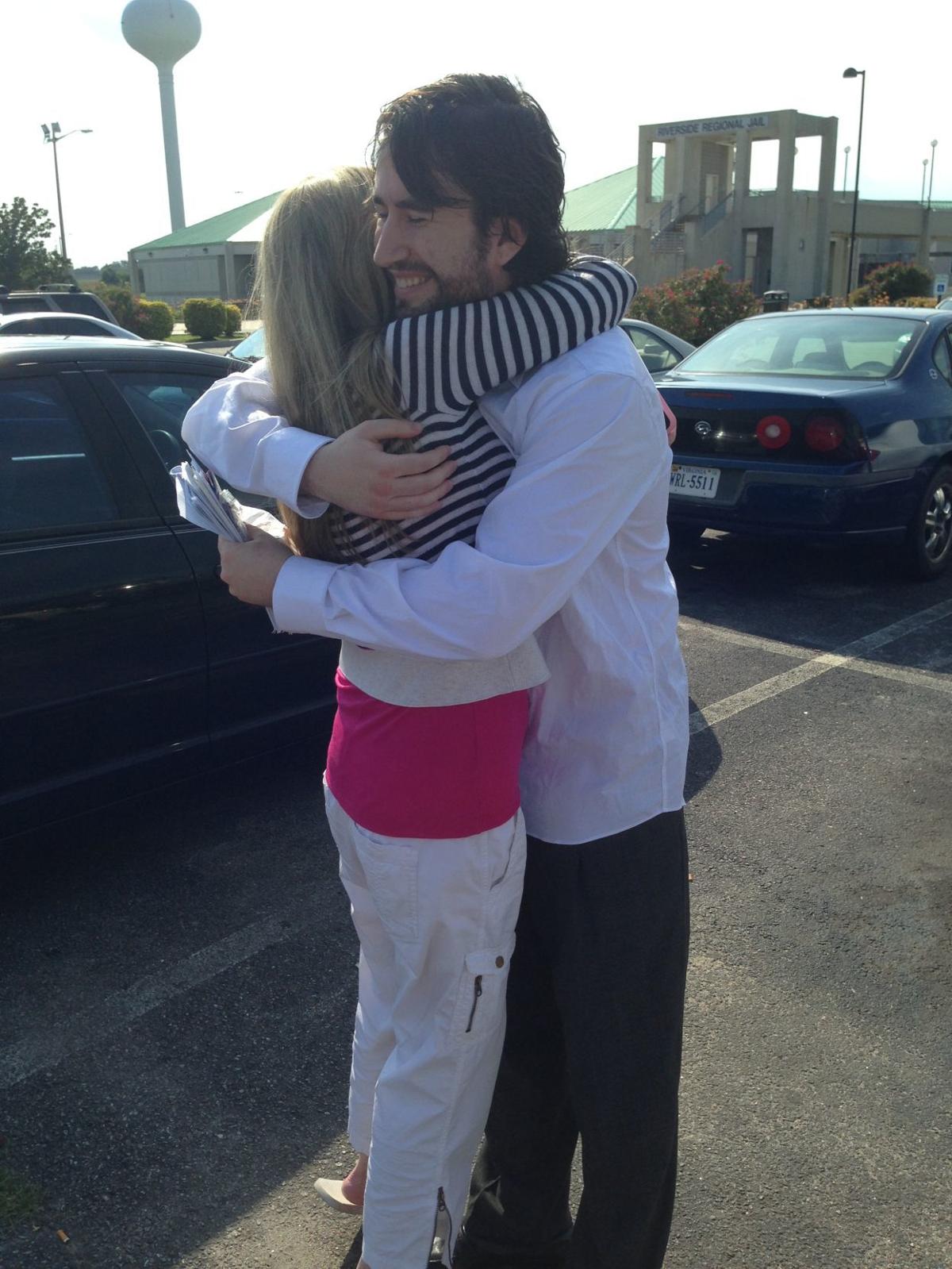 Drew Harrison, who has a form of autism, smiles as he embraces his mother, Judy Harrison, after he was released several years ago from the Chesterfield County Jail while his case was pending.

One bill that would allow judges to hold off on convicting or sentencing people with autism or other developmental disabilities and another bill that would assist those already behind bars are making their way through the General Assembly.

“The thing that just tears me up the most is when you get a young person with developmental disabilities or on the autism spectrum — they’re not insane, but they don’t understand the world like you and I do, and the judge doesn’t have the flexibility to take that case and to try to help this person,” said Sen. Richard Stuart, R-King George.

Stuart, a former prosecutor, sponsored Senate Bill 133 to try to address the problem. The bill passed in the Senate 40-0 last week, and if it becomes law, a judge could defer a finding of guilt and dismiss a criminal case where the defendant has been diagnosed with autism or an intellectual disability.

Stuart told Senate colleagues that “we’ve had some awful, awful examples that have come out. I’m aware of one child in Stafford County where he was at a park and the officer approached him to question him.”

“A lot of time children with autism, they only understand two things: fight or flight. And so they’ll either run away or they’ll stand their ground and unfortunately this child stood their ground, got into the system, got into jail and it was a nightmarish thing,” Stuart said.

He said Thursday that he has introduced similar bills in prior years only to have them die in the House Courts of Justice Committee.

“This year, because of the change in the majority, I thought maybe it would have a better chance of passing,” he said.

“This is a group of people that desperately need this,” Stuart said. “They are not insane, but they see the world a little bit differently than you or I do ... and you just have to treat them differently. It’s that simple.”

He said there needs to be more flexibility in the justice system in order for them to be treated fairly. The bill would apply to all misdemeanors and nonviolent felonies.

“It gives the judge the discretion to handle such cases a little bit differently,” Stuart said.

Judy Harrison, who has a son with a form of autism, is the director of communication for the nonprofit Legal Reform for People Intellectually and Developmentally Disabled. She told the Senate Judiciary Committee last week that “this is a huge issue for thousands of people.”

Harrison’s son, Drew Harrison, was convicted in Chesterfield County of a 2012 sexual assault and sentenced to 50 years in prison with 47 years suspended. He has completed his time behind bars, where his disorder led to serious problems, and is home now, she said.

“From the moment the police arrived, he was clueless as to what was going on. His confusion would continue throughout the entire legal process. Like most with autism, Drew’s chronological age was 25, but his emotional and developmental age was 13,” she told legislators.

Harrison said that in the legal system, juveniles are not held to the same standards as adults.

“We must consider the age difference and the developmental difference. Judges are given the power to judge, and I feel that they must be given the discretion to consider alternatives,” she said.

The Centers for Disease Control and Prevention estimates that 1 in 59 8-year-olds were identified as having autism spectrum disorder in 2014. It occurs in all racial and ethnic groups and is four times more common in boys than girls.

The Diagnostic and Statistical Manual of Mental Disorders by the American Psychiatric Association says people with the disorder have difficulty communicating and interacting with other people; have restricted interests and repetitive behaviors; and have symptoms that hurt their ability to function properly in life.

It is called a spectrum disorder because there is wide variation in the type and severity of symptoms people experience.

Drew Harrison has been diagnosed with Asperger’s syndrome, a disorder on the autism spectrum.

Experts say someone with Asperger’s who has average or better intelligence, who knows right from wrong and who can appear — at least at first glance — to be “normal” could readily misinterpret words and actions, especially in a case where the history between the two people could create confusion.

Harrison said, “When a person with autism enters the prison system, God help them. They are socially naive, easily manipulated and misunderstood. They are a sitting duck in prison, a child in a man’s prison.”

She said among other things, her son lost 40 pounds in two months and had a “meltdown.” People with autism can freeze or lose control when overstimulated and she said that one day, her son froze while sitting in the prison recreation yard, unable to move.

The corrections officers saw him as a noncompliant inmate, and he wound up being threatened with mace and placed in segregation for 30 days. Harrison said her son now suffers from anxiety and has nightmares.

Brian Kelmar, the parent of an autistic son and the chairman of Legal Reform for People Intellectually and Developmentally Disabled, told a House committee that some people with autism who come into contact with the criminal justice system find it so difficult to understand and cope that they commit suicide.

It is only now that the difference between mental illness — something that can be cured and treated — and developmental disability — something you are born with and cannot be cured — is more widely being recognized and understood, he said.

Such policies, he said, “could have prevented my son ... and hundreds of other families in Virginia from escalating into a crisis that have destroyed our families forever.”

Stuart’s bill would apply to defendants who have been diagnosed by a psychiatrist or clinical psychologist with an autism spectrum disorder as defined in the Diagnostic and Statistical Manual of Mental Disorders or an intellectual disability as already defined by state law.

When such a person pleads guilty to a crime, or if they plead not guilty but the judge finds there is sufficient evidence of guilt, the judge can defer further a finding of guilt and place the accused on probation for a set period of time with special conditions.

The bill calls for the judge to also consider the position of the commonwealth’s attorney and the views of the victim.

Drew Harrison, who has Asperger’s syndrome, was welcomed home from prison on July 25 by his dog and his mother, Judy Harrison. He had served nearly three years behind bars.

Drew Harrison, who has a form of autism, smiles as he embraces his mother, Judy Harrison, after he was released several years ago from the Chesterfield County Jail while his case was pending.