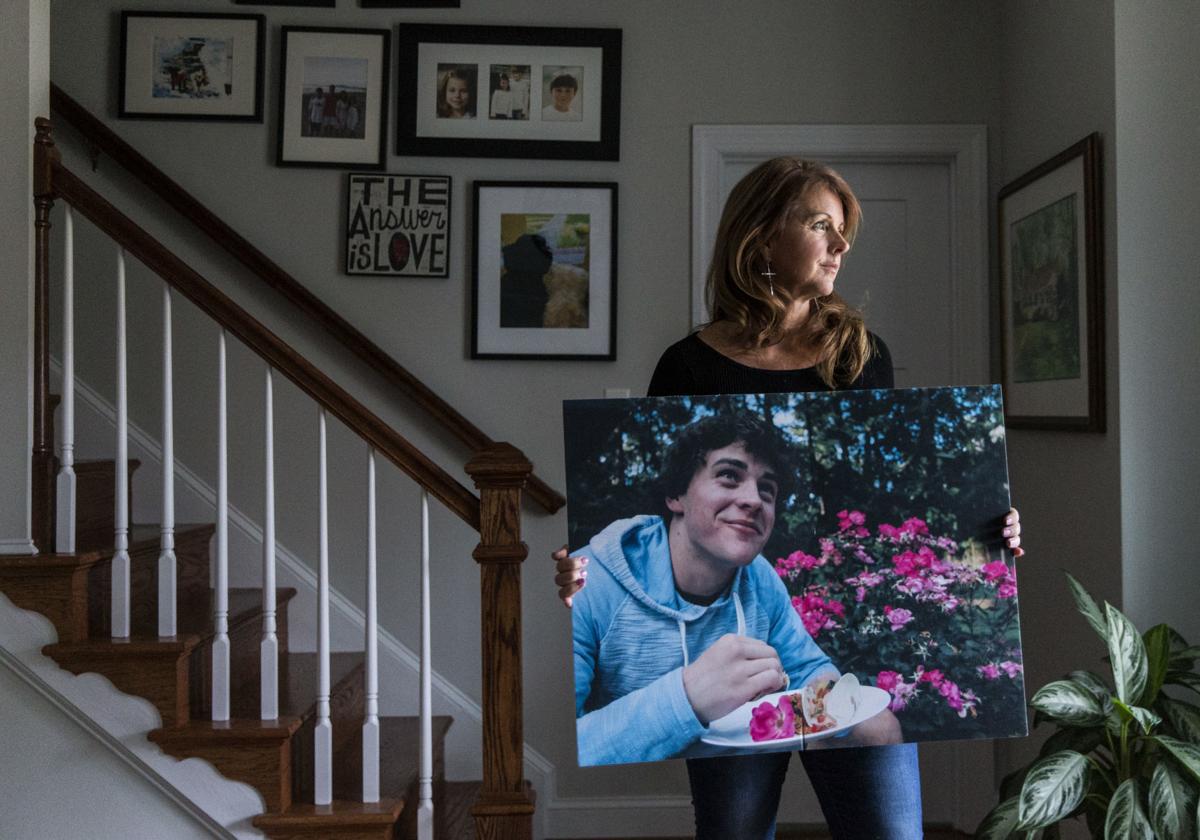 At home in Ashland, Kerri Rhodes holds a picture of her son, Taylor, who died of an accidental overdose seven months ago at the age of 20. Rhodes wishes Taylor could have had the opportunity to attend a recovery-based high school. 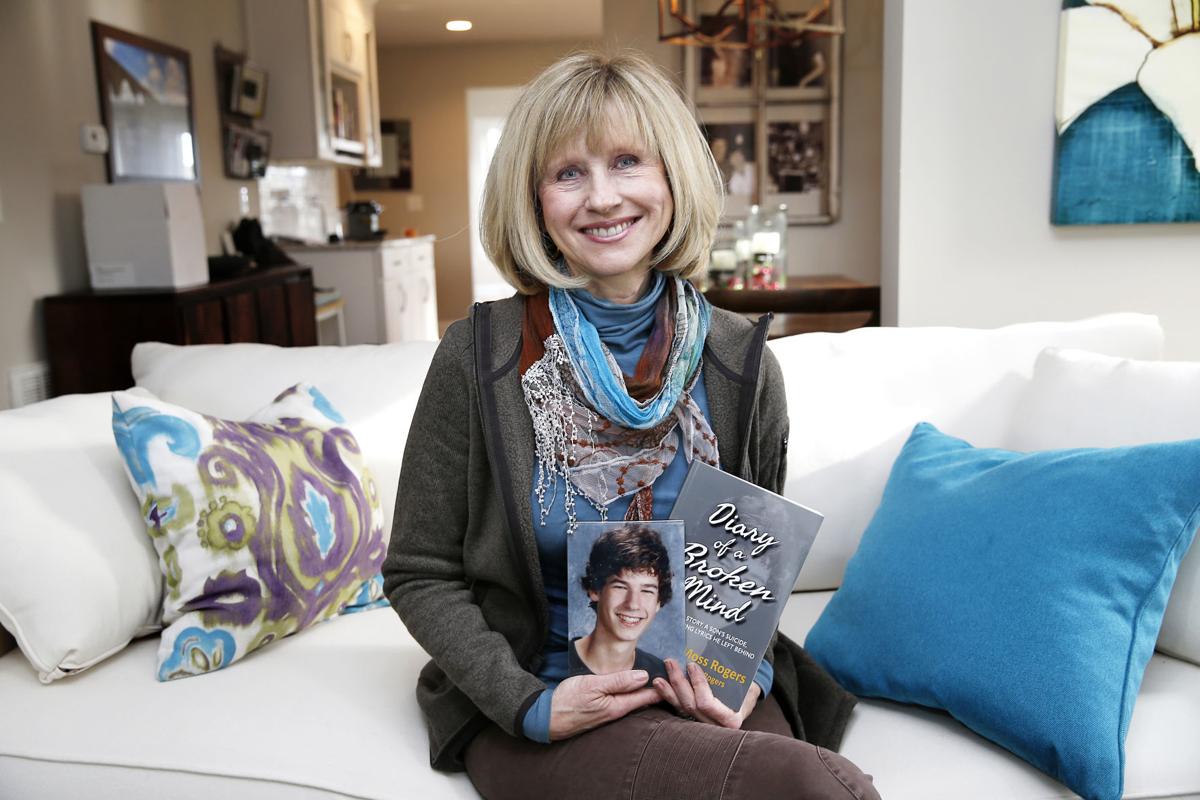 Anne Moss Rogers holds a photo of her son Charles and a book she wrote about his struggles. Charles developed a heroin addiction and killed himself in 2015 at the age of 20. She believes a recovery high school would have helped him. 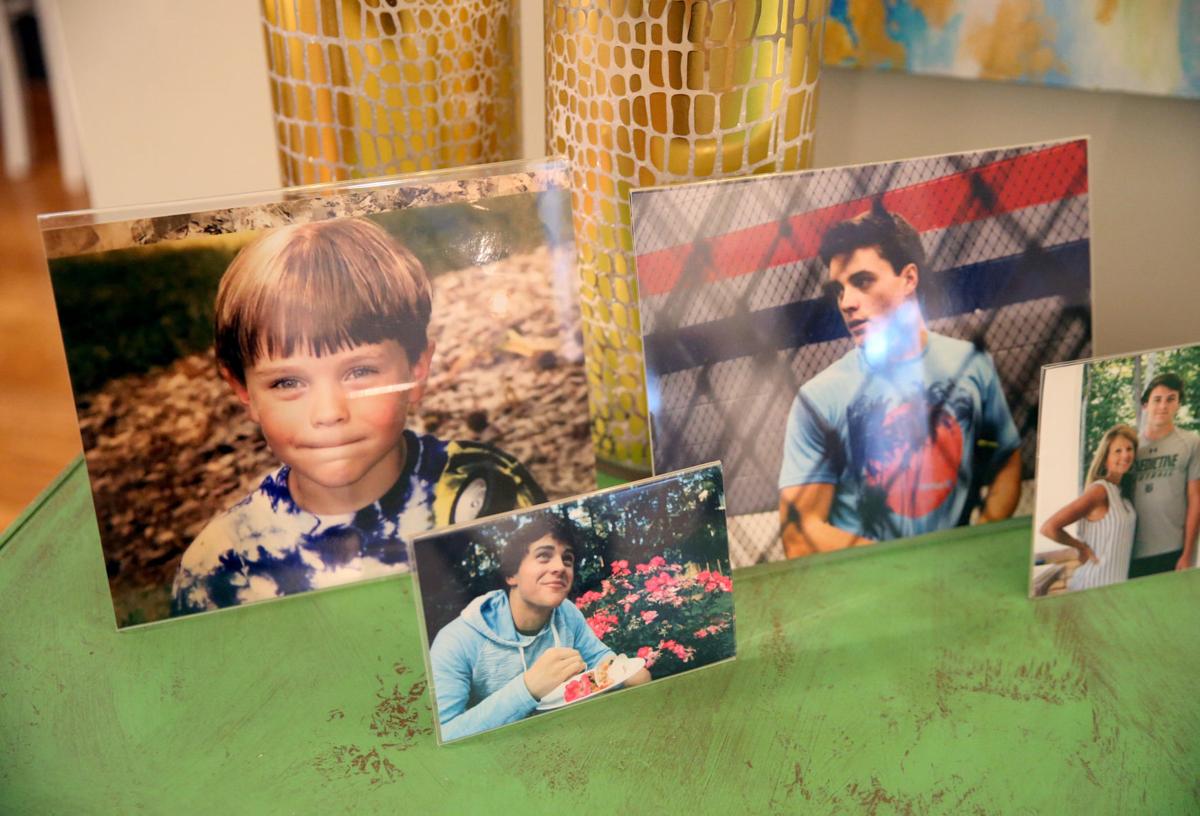 Taylor Rhodes, who battled substance abuse throughout his high school years, died from an accidental fentanyl overdose on June 29, 2019. He was 20. “I think so many parents that struggle, struggle in silence,” said his mother, Kerri Rhodes of Ashland.

Kerri Rhodes knew her son, Taylor, had a substance abuse problem while he was attending Freeman High School in Henrico County.

She would read texts between Taylor and his classmates discussing who had drugs and where to get them. Rhodes recalled that Taylor’s sister was even approached in the Freeman library a few years ago by another student who offered anti-anxiety pills from a zip-lock bag.

Rhodes said she wishes that Taylor, who ultimately graduated from Patrick Henry High School in Hanover County, could have worked toward his diploma in a different environment; one without peer pressure and easy access to drugs, which ended his life at 20.

“Those kids need long-term comprehensive support, and that’s what we’re missing in the community and the schools,” said Rhodes, a school counselor in Henrico’s school system. “You can’t be in a high school environment where other kids are using drugs and alcohol.”

Del. Carrie Coyner, R-Chesterfield, is seeking to fill the void, with a proposal to launch a recovery-based high school in Chesterfield that would be open to students in central Virginia who are battling substance abuse.

Coyner is asking for $1.6 million from the state to do it. The proposal sailed through the House of Delegates on Jan. 31, by a vote of 94-4, and awaits vetting by the state Senate. The pilot program as envisioned would run for two years, staffed by an administrator, a half-dozen teachers, a substance abuse counselor, a traditional school counselor, a nurse and a psychologist, Coyner said.

“Many of the things that test your sobriety are right there in front of you in your traditional high school setting,” Coyner said. “Fear, anxiety and stressors are present that tend to make you move back into the use of whatever has plagued you.”

Recovery high schools have been around since 1979, when the first one opened in Silver Spring, Md., said Andy Finch, an associate professor at Vanderbilt University and co-founder of the Association of Recovery Schools. They grew in number until the early 2000s, when there were roughly 45 in the U.S., but dwindled amid the Great Recession. They have since ticked back up and number about 42, he said.

Finch said there’s a yawning gap between the number of students who have a problem and the number who get treatment. The National Survey of Drug Use and Health found that about 946,000 adolescents needed substance abuse treatment in 2018, but less than 1 in 5 of them actually received it, Finch said.

There were 77 fatal drug overdoses in Virginia among those age 18 and younger from 2014 through 2018, according to the state Department of Health. About two-thirds of those fatalities involved people who were 15 to 18 years old, the figures show.

Coyner’s proposal would give the Chesterfield County School Board the power to create a year-round recovery high school in the county that would serve 25 students. The school would be open to students in 14 other school systems within the Department of Education’s Region 1 — which includes Richmond, Petersburg and Hopewell, as well as the counties of Hanover, Henrico, Goochland, Powhatan and Sussex.

State education officials say they are not aware of any recovery high school operating currently.

The McShin Foundation once ran its own recovery high school in Henrico, but it ultimately folded in 2018 amid the facility’s high tuition costs, said John Shinholser, a McShin co-founder, who voiced support for Coyner’s proposal. Many people’s addictions begin in their school years, Shinholser said.

Coyner, who was a Chesterfield School Board member when she was elected to her House seat in November, said she hasn’t forgotten Chesterfield Sheriff Karl Leonard telling the School Board that substance abuse problems among county jail inmates often began in middle and high school.

Chesterfield schools Superintendent Merv Daugherty pushed for a recovery high school upon his arrival in 2018, she said.

The system in Wilmington, Del., that Daugherty left to helm Chesterfield public schools was creating its own recovery high school when he left.

If a recovery high school were to open in Chesterfield, the program would be run in an existing school building, Daugherty said.

“Our goal is to walk them through this difficult time, for them to be successful. They will always have to deal with the addiction the rest of their life, but they also see the benefits of being successful,” Daugherty said. “The counseling that would occur [at a recovery high school], the academics that would occur, the job training that would occur would just go a long way to help our young men and women.”

The McShin school was not yet available when Anne Moss Rogers realized her son, Charles, was battling depression in addition to substance abuse. Rogers, who wrote a book about her son’s struggles, said she wishes there had been such an option for Charles, who self-medicated with alcohol and marijuana, and developed a heroin addiction. He killed himself in 2015 at the age of 20.

“I do think it would have helped,” Rogers said of the recovery high school option.

Rhodes and Rogers have both testified in the General Assembly in recent weeks in support of Coyner’s bill. Rogers said a recovery high school would provide students a “herd mentality for recovery,” with students uplifting and supporting one another.

Finch said he found in a federally funded study he wrote that most of the recovery high school students he surveyed had already been through prior treatment for their substance abuse.

“These are schools that really are intended for kids who have made a decision to stop using alcohol or drugs and are looking for a school environment that would support that,” he said.

Finch said that to a casual observer, the school would seem like a typical learning environment, with kids going to math, English and social studies classes. But the schools are usually small, with the average enrollment coming in at about 30 students, he said.

And there are peer support daily check-ins where students talk with one another about whether they have been struggling with staying away from alcohol or drugs.

At home in Ashland, Kerri Rhodes holds a picture of her son, Taylor, who died of an accidental overdose seven months ago at the age of 20. Rhodes wishes Taylor could have had the opportunity to attend a recovery-based high school.

Anne Moss Rogers holds a photo of her son Charles and a book she wrote about his struggles. Charles developed a heroin addiction and killed himself in 2015 at the age of 20. She believes a recovery high school would have helped him.

Taylor Rhodes, who battled substance abuse throughout his high school years, died from an accidental fentanyl overdose on June 29, 2019. He was 20. “I think so many parents that struggle, struggle in silence,” said his mother, Kerri Rhodes of Ashland. 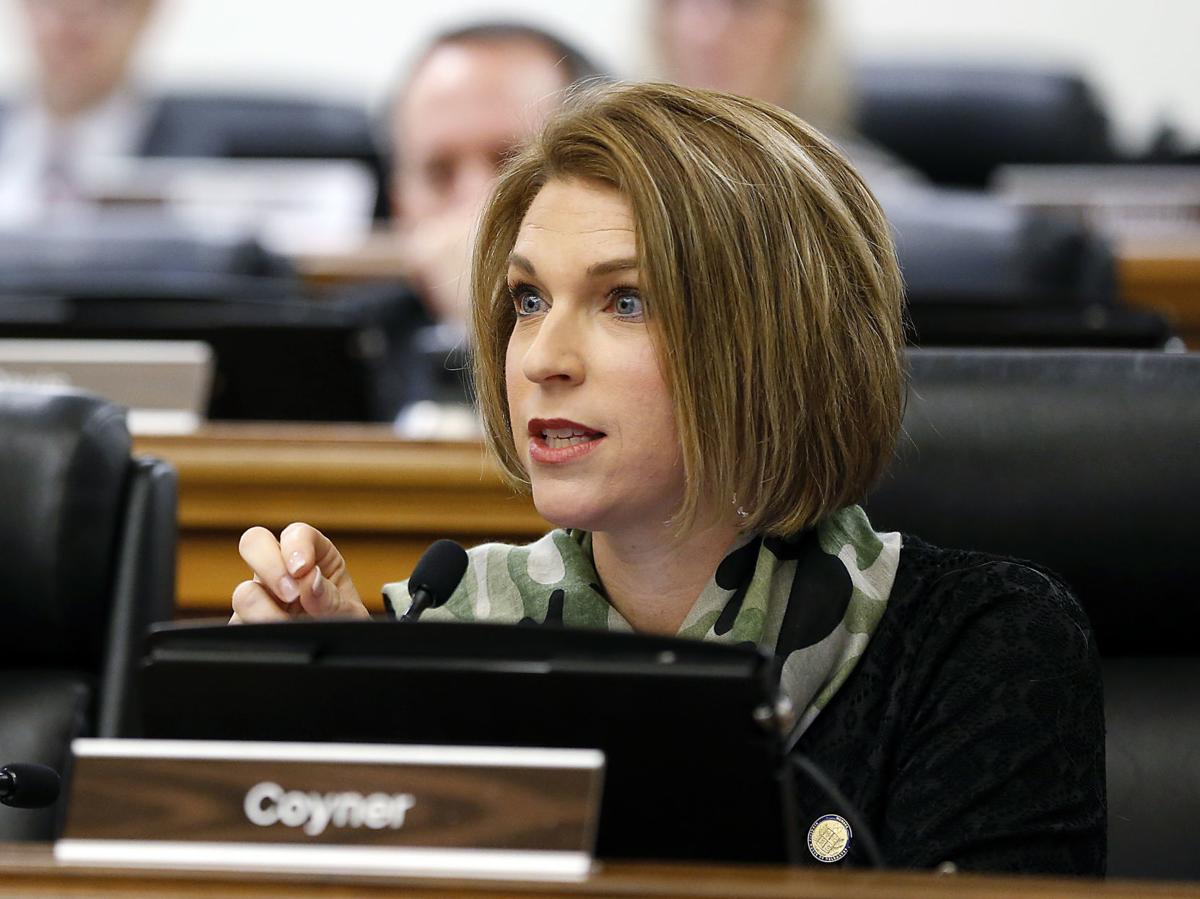