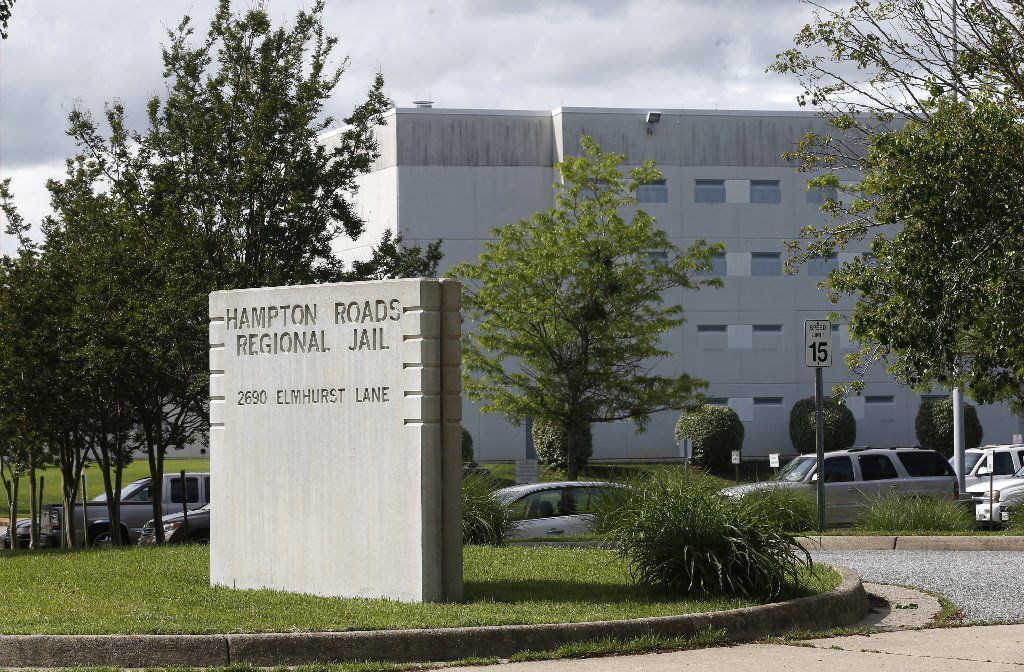 In 2018, a Department of Justice report found that the jail in Portsmouth had violated inmates’ rights. The Virginia jail board voted Wednesday to allow it to stay open. 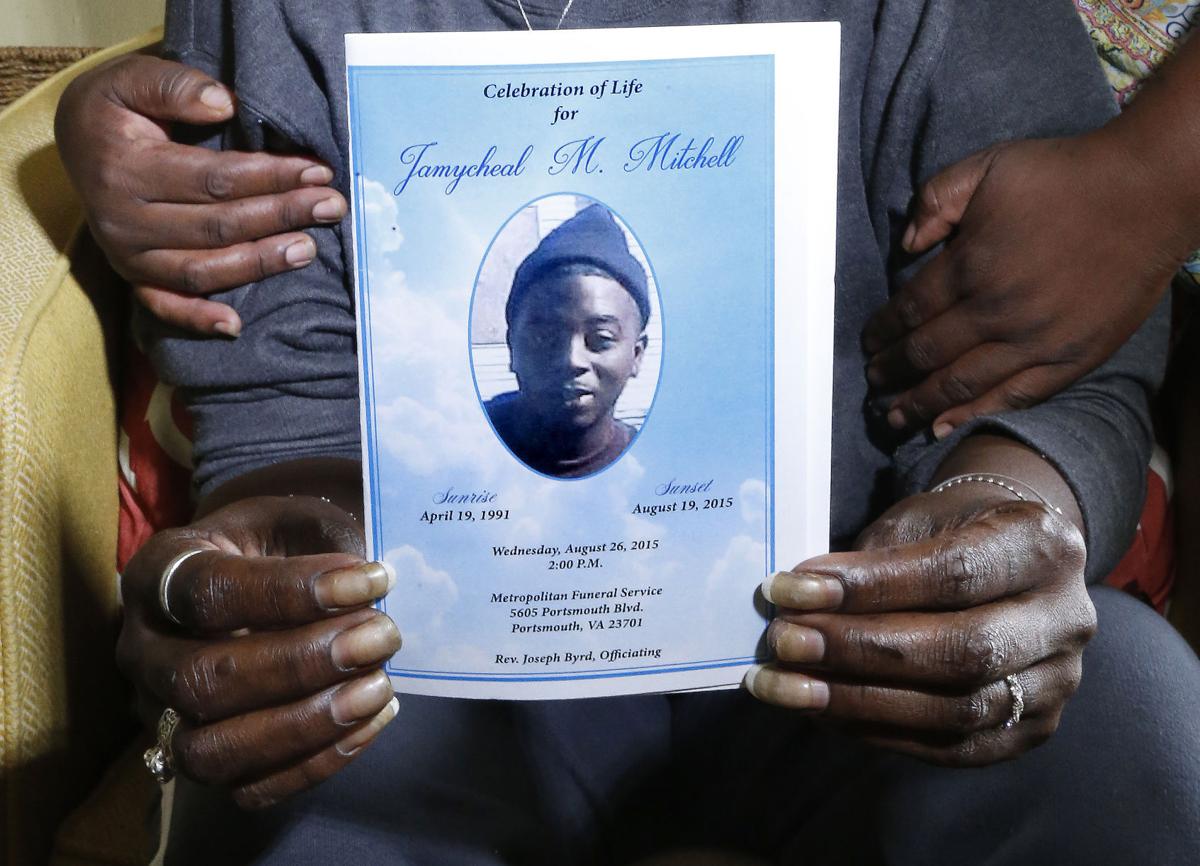 The program for Jamycheal Mitchell’s funeral. He was found dead in his cell at Hampton Roads Regional Jail in August 2015.

The Hampton Roads jail that befell scrutiny over the circumstances surrounding the 2015 death of a mentally ill man — prompting the state to begin investigations of jail deaths in Virginia — is now pushing back against the investigations, according to a document obtained by the Richmond Times-Dispatch.

The state panel created to examine inmate deaths has accused Hampton Roads Regional Jail of failing to cooperate with a state investigation of three deaths at the Portsmouth facility dating to December 2018 — conduct that one official described as a “blatant attempt to frustrate” investigations by the Virginia Board of Corrections.

In a sternly worded letter to jail Superintendent David Hackworth dated Jan. 29, the chairman of the board’s jail review committee, William Dean, said the jail’s response to requests for investigative records of the inmate deaths “is wholly inadequate” and does not comply with board regulations.

The jail, which holds inmates for Norfolk, Portsmouth, Hampton, Newport News and Chesapeake, has been pummeled by controversy in recent years that began after news coverage of the August 2015 death of Jamycheal Mitchell, who wasted away in a cell after a series of failures stopped him from being transferred to a state mental hospital.

Dean accused jail officials of “testing [the board’s] will to conduct thorough investigations.”

“This committee will not tolerate attempts to undermine the board’s authority,” Dean wrote in demanding that the jail provide the requested materials “complete and without redaction” by March 1. Failure to do so would result in the board issuing subpoenas for Hackworth and the chairman of the jail’s governing board to testify before the board on March 29 about the contents of its internal affairs reports.

“Please know that neither the board nor this committee will tolerate attempts to evade the board’s authority or frustrate its investigations,” Dean wrote.

Contacted on Wednesday, Robert Geis, chairman of the Hampton Roads Regional Jail Authority, said in an email: “The Hampton Roads Regional Jail is committed to complying with all appropriate, legally based requirements from the Commonwealth of Virginia. Staff is currently reviewing the subject letter and will provide a response as quickly as possible.”

Geis, who is a deputy city manager of Chesapeake, said he had conferred with Hackworth and that the statement was from the two of them jointly.

Hackworth announced in mid-January that he plans to retire March 1, after about two years on the job. He was hired in March 2018 as the jail’s fifth superintendent in less than 18 months.

The jail review committee says jail officials are refusing to provide the panel’s investigator, Stephen Goff, with complete internal reports relating to several inmate death investigations. Such reports had previously been provided to the investigator without delay or question.

“It is my understanding that rather than comply, you indicated that you have never provided these records in the past, are not obligated to produce them, and doing so would open you up to potential civil liability,” Dean wrote in his letter to Hackworth. “You further indicated that the board should not need these materials and should conduct an independent investigation without the aid of your materials.”

The attorney representing the Board of Corrections “also made attempts to encourage compliance” but was rebuffed, Dean said.

“At one point you indicated that your noncompliance was because the board investigator asked for the wrong document and that the board would have no further issues,” Dean added. “You also wanted this board to know that the confusion was due to the investigator.”

But later, Dean wrote, an attorney representing the jail indicated that the facility’s noncompliance “was in fact a policy change.”

Further, the jail’s attorney argued there was “no mandate for turning over records” and “invited the board to conduct an independent investigation without any materials from your facility,” Dean added in his letter.

In response, the jail turned over a “large volume of records and an investigative summary which contain only your investigative conclusions,” Dean wrote.

“It was devoid of any witness statements or underlying supporting materials,” he said.

The inmate deaths in question are:

In 2018, the nine-member Board of Corrections, which is appointed by the governor, and its jail review committee began reviewing all jail deaths going back to July 2017. A part-time investigator position was created to assist with the investigations in response to Mitchell’s death.

That was after the U.S. Department of Justice in 2016 opened a federal civil rights investigation scrutinizing inmates’ access to medical and mental health care. Two years later, the Justice Department issued a report stating that inmates at the facility were subjected to medical and mental health care so bad that it violated their civil rights in a facility where officials didn’t fix problems even after becoming aware of them.

In the years preceding Mitchell’s death, the jail had received clean marks in licensing inspections from the Board of Corrections.

Last year, the jail review committee made a preliminary finding that the Hampton Roads facility violated minimum standards in “acts or omissions” that could have directly or indirectly contributed to the death of inmate Davageah Jones on May 15, 2018.

The jail review committee said it was reviewing possible violations of three regulations: failure to provide 24-hour emergency medical and mental health care; failure to manage and dispense pharmaceuticals; and failure to supervise inmates, according to a Jan. 7 letter sent to the jail’s superintendent.

The review committee has recommended the facility be placed on “probationary certification” for two years and develop and implement a written corrective plan. If the jail does not meet certification requirements after the two-year period, the corrections board would decertify the jail.

The review committee has invited jail officials to appear at the panel’s March 18 meeting to appeal or discuss the preliminary findings before they are presented to the full Board of Corrections for final disposition.

A national group revoked its accreditation of the Hampton Roads Regional Jail, citing “continuous deaths” and a U.S. Department of Justice con…

In 2018, a Department of Justice report found that the jail in Portsmouth had violated inmates’ rights. The Virginia jail board voted Wednesday to allow it to stay open.

The program for Jamycheal Mitchell’s funeral. He was found dead in his cell at Hampton Roads Regional Jail in August 2015. 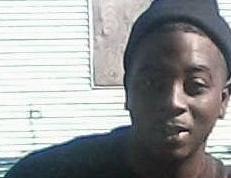 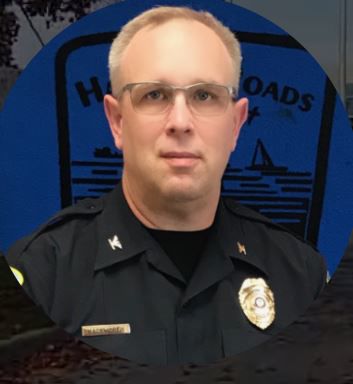