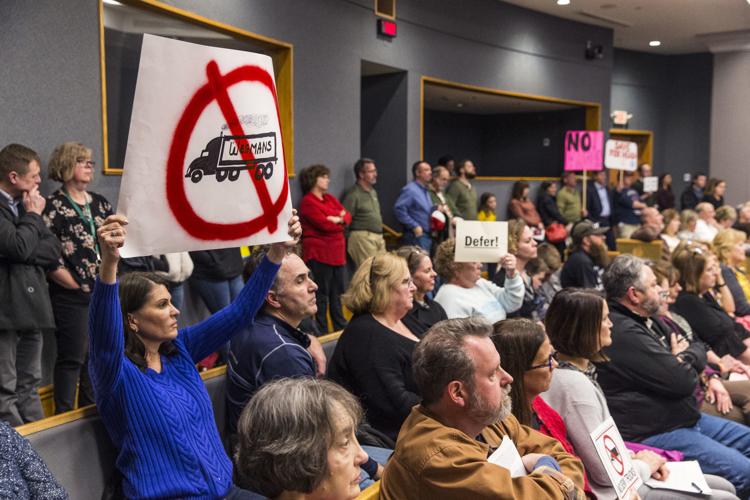 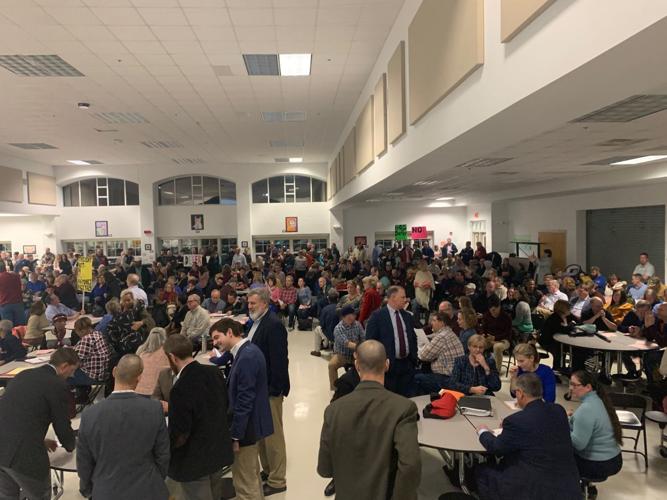 The Hanover County Board of Supervisors voted 4-3 against holding off an April 22 hearing and vote on a Wegmans distribution center planned for Sliding Hill Road.

Project critics had hoped to see the vote delayed for a second time. Some voiced frustration with the timing, saying a state ban on public gatherings to thwart the spread of COVID-19 will hamper the public’s ability to participate.

Supervisors Bucky Stanley, Sean Davis, Michael Herzberg and Canova Peterson voted against postponing a decision on the plans, which have incited nearby residents who fear traffic and other quality-of-life issues.

“I recognize the dynamic of having someone come here to speak to us,” Davis said. “But many people don’t go to Washington every day to speak to their congressman.”

The Rochester, N.Y.-based company wants to exceed county limits on building and light fixture heights. It also is asking the county to lift restrictions on fencing, outdoor storage and the removal of burial remains at the site.

Area residents say the grocery chain’s plan to build up to 1.7 million square feet of office and warehouse space on a 220-acre site will cause congestion and harm property values. Opponents also question $6.7 million in state and county incentives for the $175 million project. The incentives are a mix of grant payments, estimated tax rebates and funding for road improvements.

Davis said the county needs to respect Wegmans’ right to a speedy decision in the case, which was postponed as localities around Virginia were trying to figure out how to hold public hearings amid the health crisis.

Virginia localities over the last month have been grappling with how to balance protecting public health with supporting community engagement. It’s been a challenge; local governments are finalizing budget plans for the fiscal year beginning July 1 and are required to hold public hearings.

The supervisors who voted to delay the hearing again said the county needs time to figure out how people can speak directly to the board in person, rather than leaving a voicemail or sending an email, as the county has insisted for all upcoming public hearings.

“We’re not Washington. We’re a local government,” Supervisor Faye Prichard said, in response to Davis. “Our citizens consider being able to stand in front of us a foundational and fundamental part of what local government provides.”

In an email Thursday morning, the chairwoman of a Hanover coalition dedicated to land preservation in the county called the county’s decision “reckless.”

“It runs counter to Gov. Ralph Northam’s ever stricter executive orders,” said Pattie Bland of the Coalition for Hanover’s Future. “Pushing the hearing off to May 27 would have been prudent.”

Chris French, who lives near the development site, said many of his neighbors are outraged by the decision to continue with the hearing this month.

French said county officials should know better, since there were around 200 people who attended the Planning Commission’s hearing on the case in February.

“There’s an expectation that citizens should be fully able to participate in government process,” French said. “Bypassing this process, which is what this will do, it eliminates the public’s access to all their elected officials while official business is being conducted.”

Brian Buniva, a lawyer representing people who live near the development site, sent the Board of Supervisors a letter Thursday requesting it reconsider the decision.

He cites a recent advisory opinion by Attorney General Mark Herring regarding public meetings and open government laws during the crisis.

“The zoning application has nothing to do with the declared emergency and the hearing should be postponed until after the emergency is revoked,” he said.

County Administrator Rhu Harris said Wednesday he will present the Board of Supervisors next week with a more detailed plan for how the public hearing in the Wegmans case will be held.