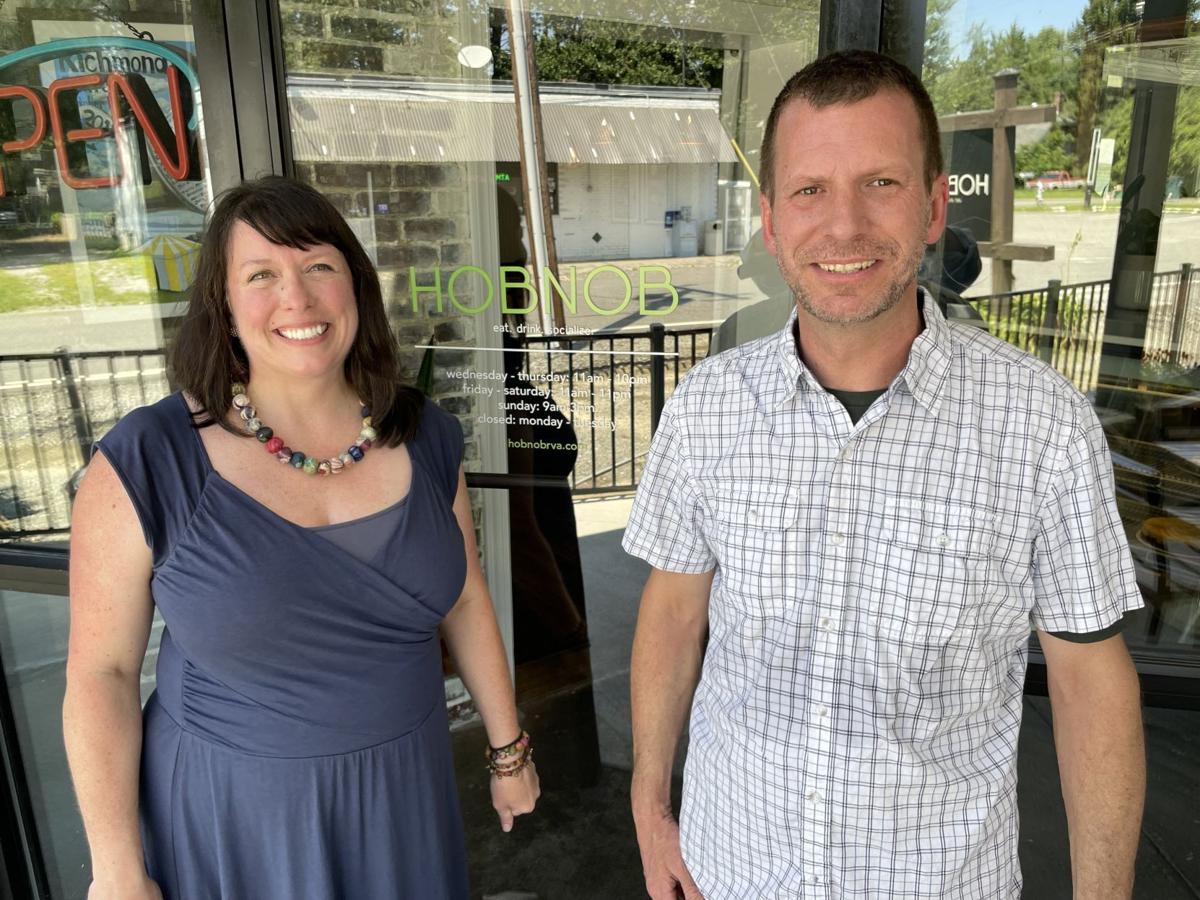 Kristin Thoroman (left) and Tracey Thoroman own Hobnob restaurant in the Lakeside area of Henrico County. 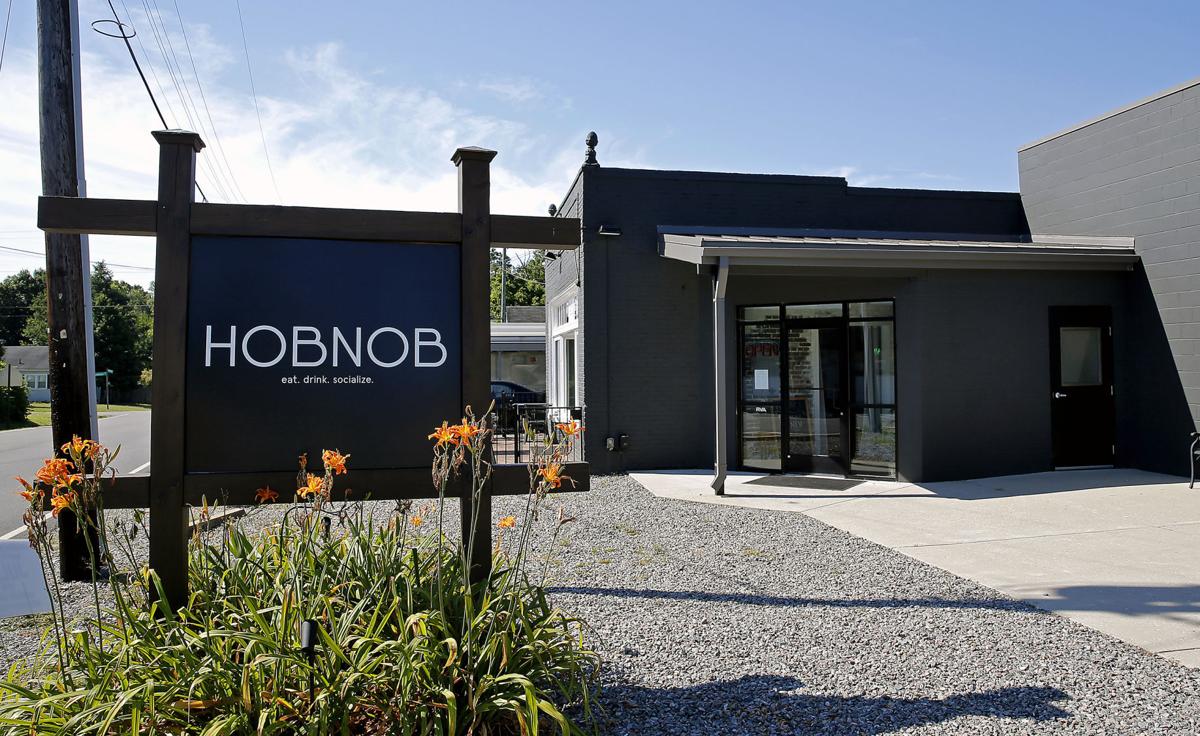 HOBNOB on Hermitage Rd. in Lakeside.

Kristin Thoroman had a difficult time on Tuesday holding back her emotions as she described the impact of the COVID-19 pandemic on her small business.

Like thousands of other restaurant owners, Kristin and her husband Tracey Thoroman, who started Hobnob restaurant on Hermitage Road in Henrico County’s Lakeside area in 2017, had to lay off employees during the pandemic in 2020.

“Cutting staff was incredibly hard,” Thoroman said of the decision to lay off about half of the restaurant’s 19-person staff, some of whom had been with Hobnob since it first opened. “I was in tears as I called each person.”

The Thoromans shifted the restaurant to a takeout-only, drive-thru service model, which helped sustain the business even though sales were still down about 25% between March 2020 and April 2021, when the restaurant re-opened for full, dine-in service.

The Thoromans said Tuesday that they have been able to rehire most of the staff this year, thanks to several federal and state grants designed to help support small, local businesses impacted by the pandemic.

That included a $98,000 grant from the Rebuild Virginia program, a $250 million spending program from the $4.3 billion that Virginia received under the American Rescue Plan Act designated by the Virginia General Assembly to provide grants to small businesses hit hard by the pandemic and government restrictions on business operations.

The Thoromans spoke Tuesday during a news conference held at their restaurant and organized by the Virginia House Democratic Caucus, one of several news conferences scheduled this week to promote the Rebuild VA program.

The Rebuild VA program has provided grants worth a little more than $1.2 million to 30 businesses in the western Henrico County district represented by Del. Schuyler Van Valkenburg, D-Henrico, the legislator said Tuesday. Van Valkenburg said many of those have been small restaurants.

Other grants to Hobnob came from the federal government’s Paycheck Protection Program and the federal Restaurant Revitalization Fund Replenishment Act of 2021. All of those grants have come this year and helped make up for some of the restaurant’s lost sales from 2020.

“We had to figure out ways to make it work prior to that,” said Tracey Thoroman.

“There was a period last summer where we were getting worried, for sure,” he said. The restaurant has hired back all of the staff it lost in 2020, though not all the same people due to turnover among staff.

The Rebuild Virginia program has been controversial because of its criteria for approval, as some business trade groups such as the Virginia Restaurant, Lodging & Travel Association have argued for its expansion to include larger companies impacted by the pandemic.

The VRLTA, a trade group that includes hotels, is concerned about the eligibility requirements for hotels.

The organization has been pushing for the state to lift a $10 million cap on grants and a 250-person limit on employees for eligibility for grants, arguing that many tourism- and hospitality-related businesses in the state exceed those caps.

“Some of our larger hotels would exceed that number and many of them have not gotten a whole lot of help,” through the pandemic, said Eric Terry, president of the Virginia Restaurant, Lodging & Travel Association.

The group also has been pushing to lift “affiliation rules,” for businesses, which limit their ability to get funds if they are part of a larger chain.

The owners of Hobnob said the grant money has helped save a business that employs college students in the Richmond area as well as some residents of the Lakeside area.

“Once we received Rebuild Virginia and PPP money, we felt there was a light at the end of the tunnel,” said Kristin Thoroman.

Kristin Thoroman (left) and Tracey Thoroman own Hobnob restaurant in the Lakeside area of Henrico County.

HOBNOB on Hermitage Rd. in Lakeside.