Dwayne Haskins cost Washington a win on Sunday. Here's why he shouldn't be benched.

Richmond City Council killed the Navy Hill deal Monday night; this is what happens next
7 comments
Share this
Return to homepage × 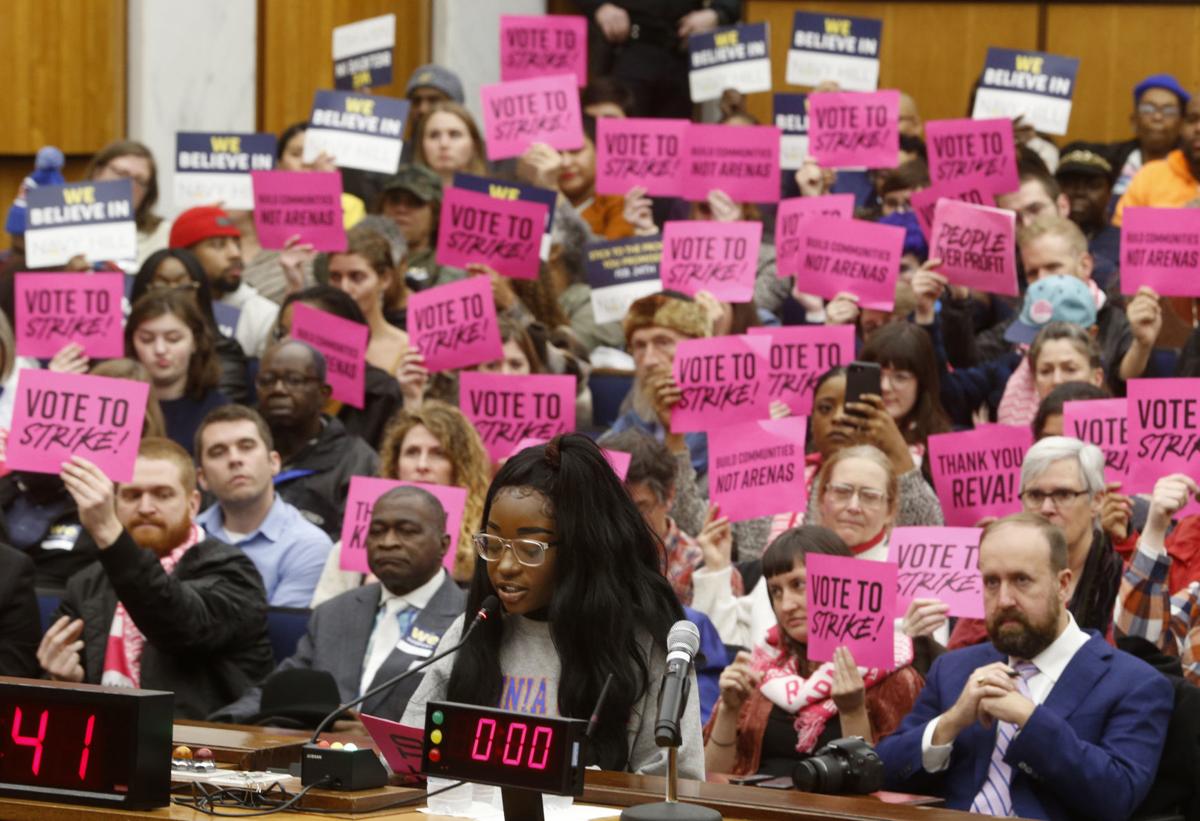 ABOVE: Naomi Issac spoke in opposition to the Navy Hill project on Monday during the Richmond City Council’s meeting. 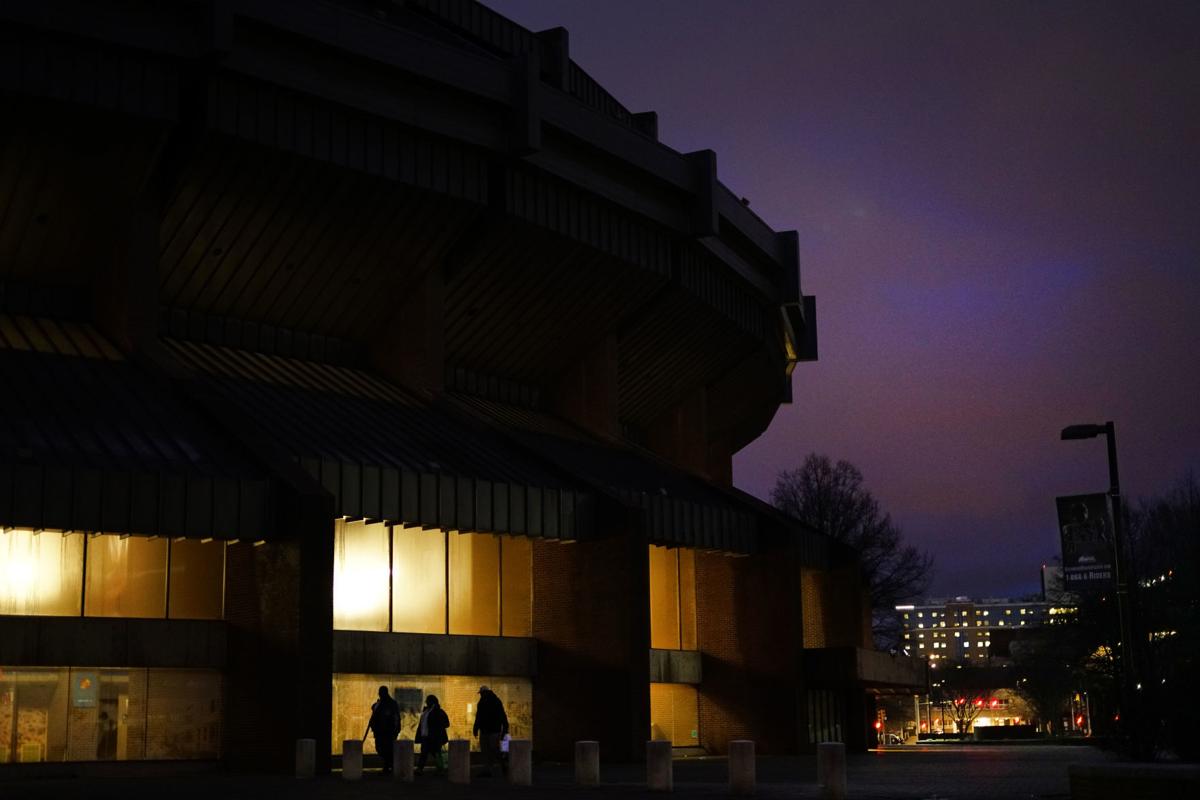 A resolution passed by the council requests that Mayor Levar Stoney submit a new plan that doesn’t have to center on a replacement for the Coliseum. 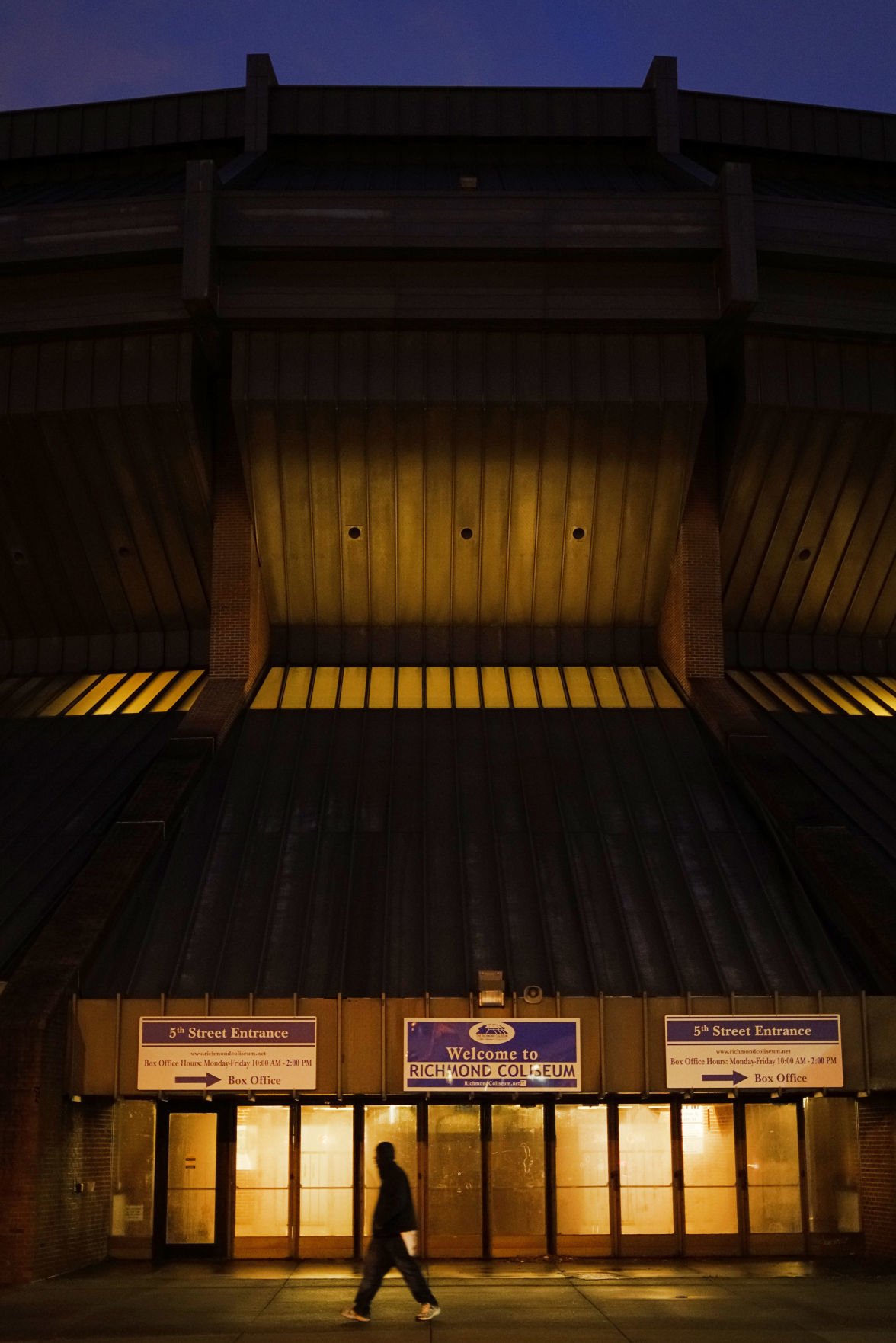 The redevelopment plan rejected by the City Council on Monday would have replaced the shuttered Richmond Coliseum with a 17,500-seat arena.

On the night the Richmond City Council killed the $1.5 billion Navy Hill proposal, a majority of its members asked Mayor Levar Stoney to set in motion a new redevelopment process for the area around the shuttered Richmond Coliseum.

The council approved a resolution asking for a new request for proposals to be issued on a 5-2-2 vote. Those who supported the request called it a roadmap for the city’s next steps toward a downtown transformation that would prioritize public input from the outset.

“We are committed to moving forward. We are pro-development. We know this area is in need,” said Kimberly Gray, the 2nd District councilwoman.

The resolution asks the Stoney administration to complete a small area plan with “robust” public input, an appraisal of the city-owned land in the vicinity, and an assessment of the infrastructure. It requests that after taking those steps, Stoney issue a new solicitation for redevelopment of the area that does not have to center on a replacement for the Richmond Coliseum.

In a joint statement issued before Monday’s meeting, the five council members who supported the resolution said they are committed to working with the administration to conduct that process.

A vote on the request for a new redevelopment process came after Tuesday’s edition of the Richmond Times-Dispatch was sent to press. Supporting the request were Gray, Council Vice President Chris Hilbert of the 3rd District, Kristen Larson of the 4th District, Stephanie Lynch of the 5th District and Reva Trammell of the 8th District.

“In no way should we impede or stifle the development or revitalization of that area. I think all of us are committed to moving forward in a relatively quick timeline,” Lynch said.

In a statement issued after press time Monday night, Stoney said the decision to scrap the proposal his administration negotiated was disappointing.

“It saddens me that Richmonders won’t benefit from the housing, jobs and economic empowerment this project would bring — and I’m disappointed that council did not follow through on the process they laid out to review and evaluate this transformative project for our city — but I’m resolved to wake up tomorrow and keep working to move our city forward.

“I’d like to thank the four members of City Council who supported this project, the city administration who worked tirelessly to evaluate this proposal, and the thousands of community members who called, wrote, and spoke in support of this project.”

In a short written statement Tuesday, Stoney said, “It’s going to take a lot more than last night to diminish my love and belief in this city. I’m even more inspired to work together to move our great city forward in a way that benefits ALL Richmonders.”

A spokesman for NH District Corp., the group led by Dominion Energy CEO Thomas F. Farrell II that was vying to redevelop the swath of downtown, declined comment Tuesday. An interview request made through Dominion for Farrell was pending Tuesday afternoon.

The group’s plans called for a 17,500-seat arena that would replace the shuttered Richmond Coliseum; more than 2,000 apartments and condominiums; a high-rise hotel; 1 million square feet of commercial and office space; 260,000 square feet of retail and restaurant space; renovation of the historic Blues Armory; a new transfer plaza for GRTC Transit System bus riders; and infrastructure improvements.

The vote on the request for a new redevelopment process came shortly after the decision to kill the Navy Hill project.

A two-hour public hearing gave way to unsuccessful attempts from four members of the council to override a recommendation striking the plan from its docket.

Those four members supported a failed motion to override the recommendation and delay a vote until Feb. 24, as originally planned. The step would have allowed amendments to be introduced that they said would address concerns, including the size of a special tax zone that the financing relied upon.

Supporting that motion were Addison, Robertson, Newbille and Jones.

Addison said Monday night that he had spent six months exploring ways to improve the terms of the deal. The yet-to-be-introduced amendments were a step toward doing that and potentially reaching a compromise, he said.

“What I am critical of is the fact that I’ve worked with many people in the administration with the Navy Hill development group to outline recommendations and improvements to address those concerns. We’ve heard them briefly, they were going to be introduced tonight, but you’ll never know those.”

He added later: “Our job is to make this project better. That’s City Council’s job to do. We did that job. But you won’t see that, and that’s my frustration.”

That motion failed on a 4-5 vote. Afterward, the council weighed adopting its agenda as presented.

The procedural step typically occurs at the outset of the full council meeting. It was deferred Monday for nearly four hours to allow for public comment on the project ordinances that were slated to be stricken after a recommendation from the council’s Organizational Development Standing Committee.

Setting the agenda with the ordinances stricken would have curtailed the council’s ability to hear public comment on the plan under its rules of procedure. For that reason, the council voted to suspend the rules to allow for comments before formally voting to adopt its agenda. Deferring a vote to adopt the agenda also facilitated debate among members.

The vote to adopt the agenda had the effect of officially striking the ordinances advancing the project from the council’s docket, said Candice Reid, the city clerk.

The council is scheduled to meet next on Feb. 24.

On Monday night, the Richmond City Council voted to strike all legislation tied to the Navy Hill project from its docket. Two-plus years of pl…

ABOVE: Naomi Issac spoke in opposition to the Navy Hill project on Monday during the Richmond City Council’s meeting.

A resolution passed by the council requests that Mayor Levar Stoney submit a new plan that doesn’t have to center on a replacement for the Coliseum.

The redevelopment plan rejected by the City Council on Monday would have replaced the shuttered Richmond Coliseum with a 17,500-seat arena.