Richmond is spending millions more on paving. An audit found 20% of inspected projects needed repairs within two years
0 Comments
Share this
1 of 2 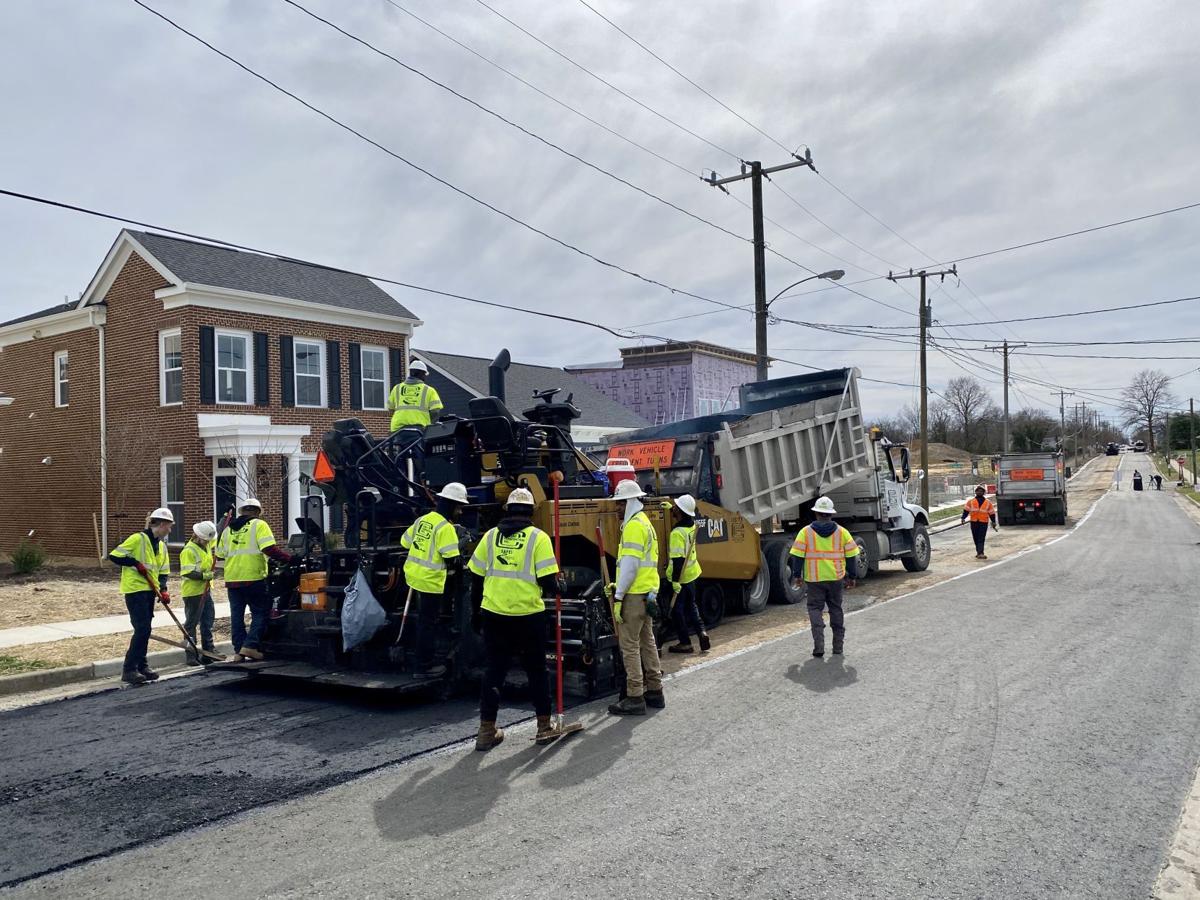 A Richmond work crew repaves a stretch of North 31st Street between Nine Mile Road and U Street in Church Hill. Some recently repaved city roads show signs of wear. 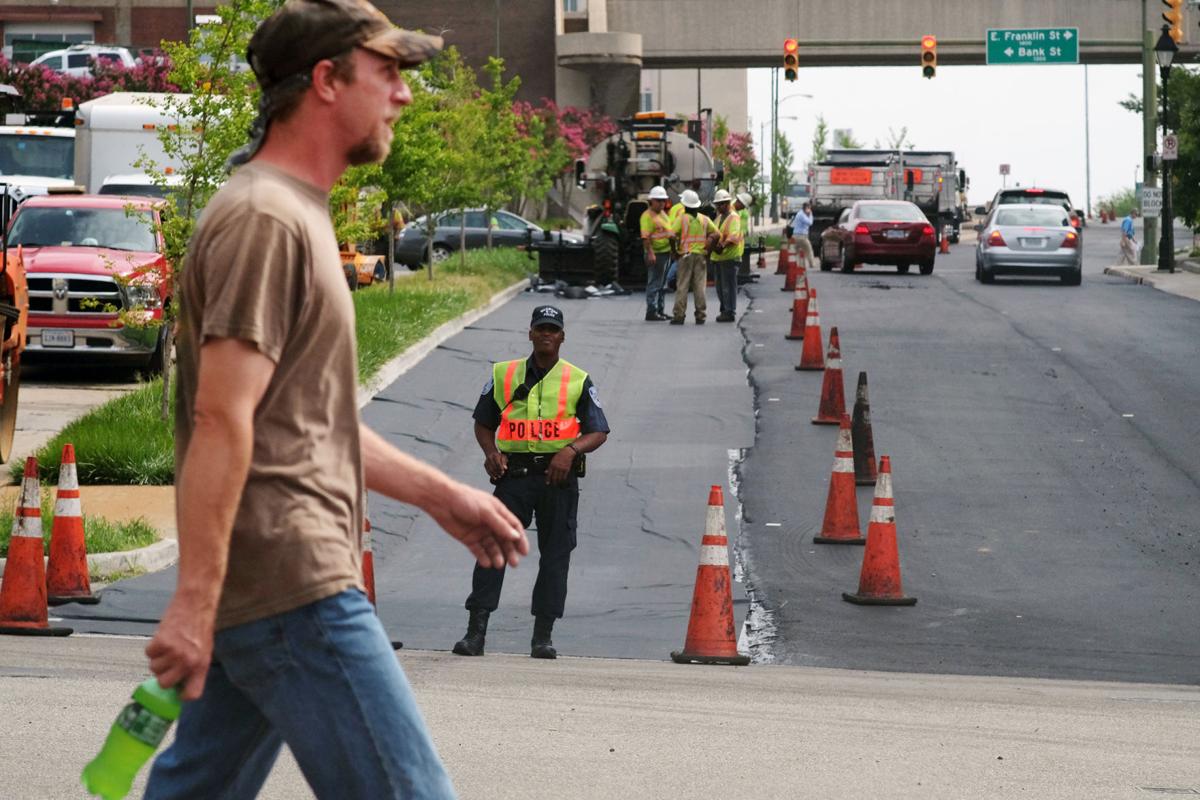 A police officer watched as a pedestrian crossed 14th and Main streets in downtown Richmond. Crews worked to repave the area in 2015.

Richmond has increased annual spending on road paving by more than $20 million since 2018. Some recently paved roads, however, are already showing significant wear and damage, including cracks, depressions and potholes.

According to a new city audit, a recent inspection of roads that were repaved from 2018 to 2020 found that 20% were in poor or worse condition again.

While milling and paving is expected to keep roads in decent shape for about 10 years, according to the audit, Director of Public Works Bobby Vincent says the city’s aging utility pipes and certain soil conditions underneath city streets will sometimes cause them to buckle and crack much sooner.

“We will have issues, even on freshly paved streets,” Vincent said. “While I’m certainly glad to see that the majority of the streets that we have paved over the past two years didn’t register any deficiencies, it would not surprise me if 100% of those streets didn’t have some kind of work we need to go back and do.”

The report, drafted as a part of the city auditor’s plan for the 2020-2021 fiscal year, says the city completed 190 projects covering approximately 1.8 million square yards of pavement during the 2018-2020 period. Nearly half of the 2,600 miles of street managed by the city Department of Public Works is currently in poor or worse condition as of this spring, according to the city’s pavement condition index.

The city’s auditors inspected 25 of the projects with an expert from the Virginia Department of Transportation to evaluate the condition of the paved streets.

While most were in good condition, segments of Kuhn Street and 31st Street in Church Hill; Commerce Road from the Oak Grove area to Bellemeade; and West Graham Road and Sherwood Avenue in North Side all had signs of “significant pavement failures.”

Vincent said part of the issue is that the crews only replace a 2-inch layer of asphalt, so it does little to fix deeper subsurface issues that can only be remedied with a costlier road reconstruction project.

Fourth District City Council representative Kristen Larson, a member of the city’s audit committee, said she’s heard complaints from constituents in the past about the condition of city roads.

“We’ve been fighting so hard to get the funds [the Department of Public Works] needs to do this paving,” Larson said. “We want to make sure that the dollars are spent in a way that lasts a long time, so we don’t have to double back and fix things a couple years later.”

City officials allocated nearly $25 million for paving in the 2021 fiscal year budget. The budget for it three years ago was $3.5 million.

The increase is driven in part by the creation of the Central Virginia Transportation Authority, a regional consortium of local governments that’s managing approximately $200 million in new annual revenue from recent fuel and sales tax increases. Half of the revenue is split proportionally among all member localities, while 35% is reserved for regionally significant projects overseen by the authority. The remaining 15% is allocated to the GRTC bus company.

With new money flowing in for transportation projects, the city in 2020 completed 114 more road paving projects than it did in 2018, covering nearly 1 million more square yards of pavement.

Even more money for paving could be coming.

While Mayor Levar Stoney has not proposed using any of the $155 million the city’s set to receive from the federal American Rescue Plan Act, the audit says administration officials are “hopeful” that more federal money will become available if Congress approves President Joe Biden’s $2 trillion infrastructure plan.

A Richmond work crew repaves a stretch of North 31st Street between Nine Mile Road and U Street in Church Hill. Some recently repaved city roads show signs of wear.

A police officer watched as a pedestrian crossed 14th and Main streets in downtown Richmond. Crews worked to repave the area in 2015.