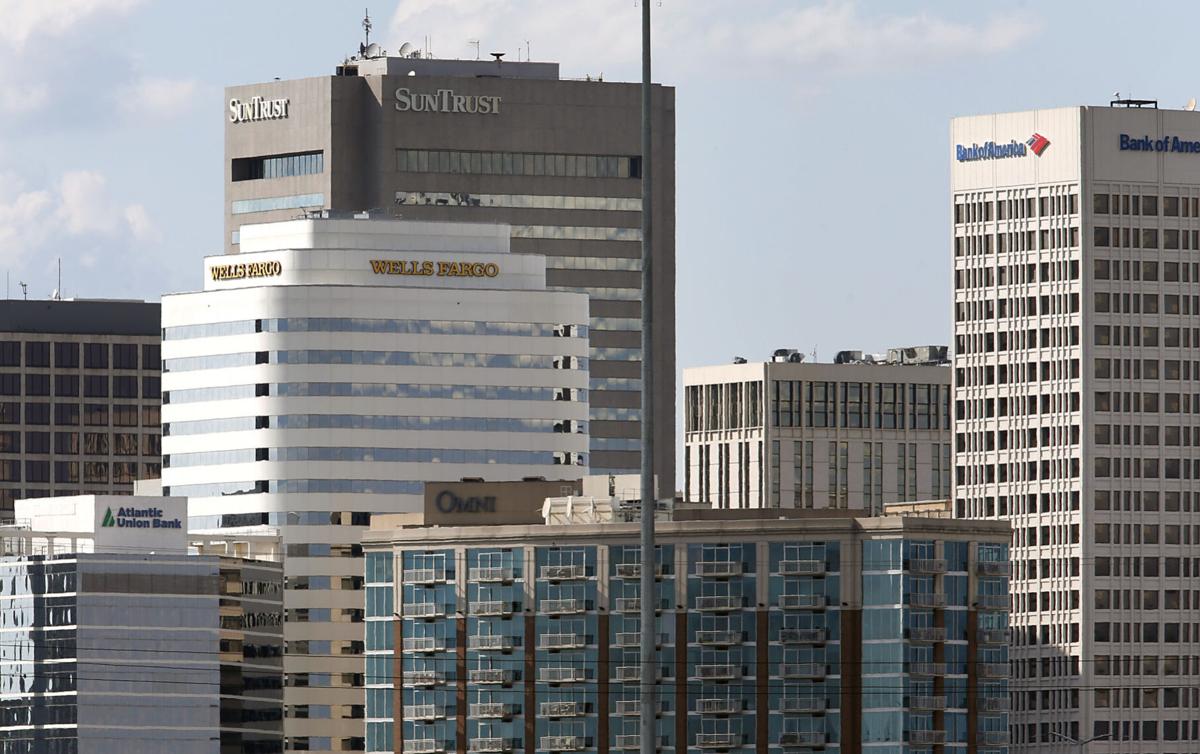 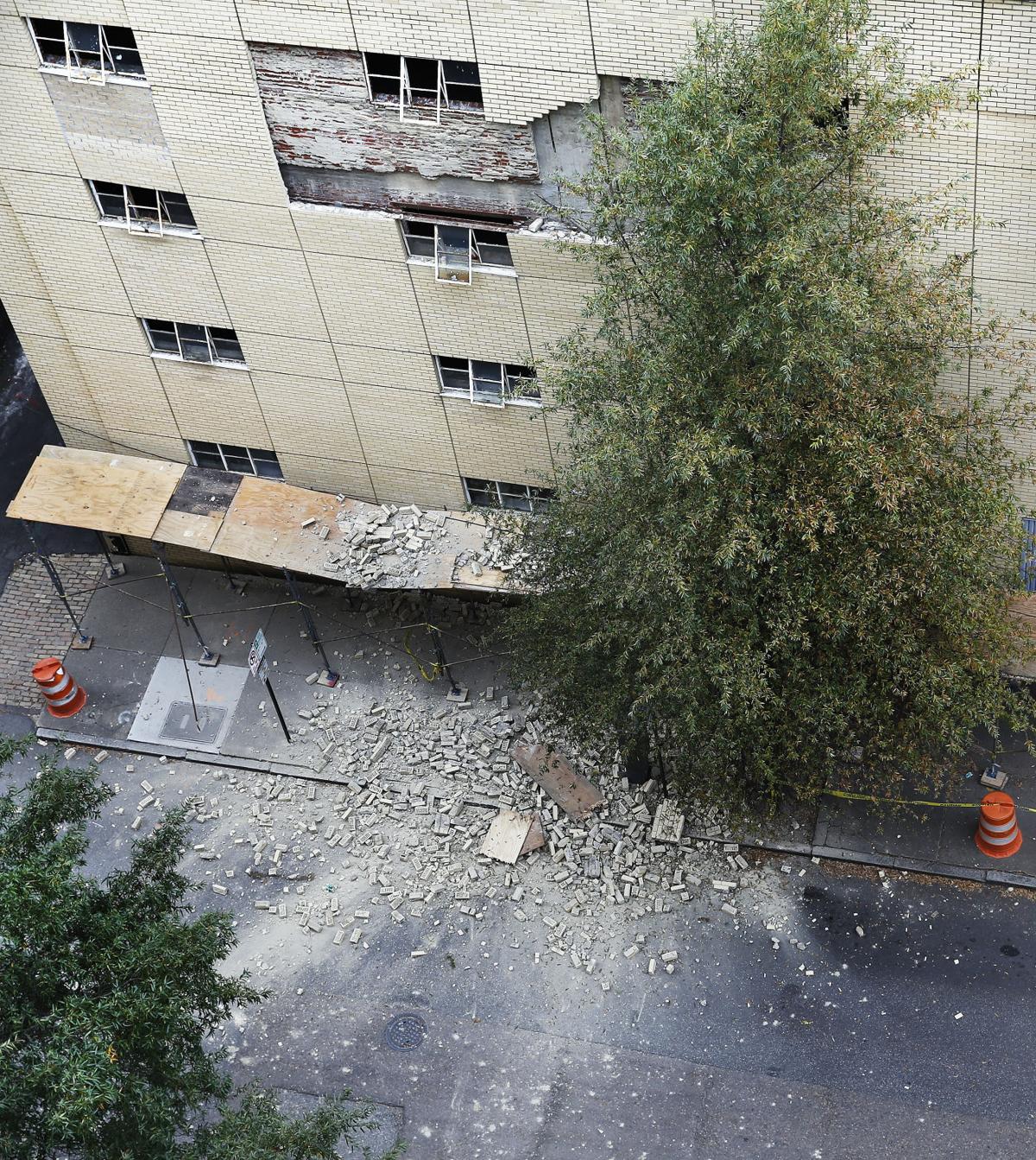 Richmond’s police and fire departments responded to a partial wall collapse at a work site on Sixth Street between Franklin and Main streets in 2019. 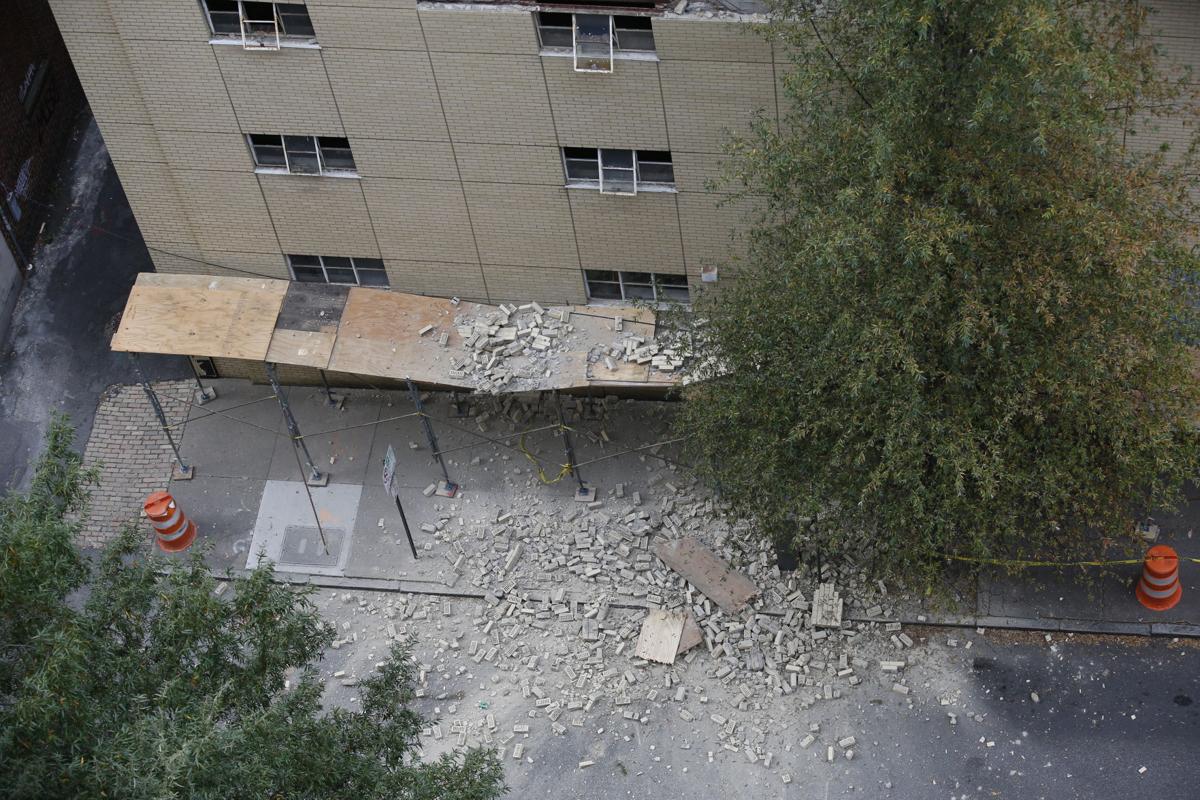 After the fatal collapse of a 12-story condominium in Florida last month, Richmond Mayor Levar Stoney said he is interested in working with local and state officials to examine building safety regulations.

The Code of Virginia compels localities to inspect the structural integrity of buildings when they rise or after significant renovations. Beyond that, however, inspections in Richmond are triggered only by reports from the public, police, fire safety officials or other authorities about potential damage compromising the safety of a building.

“A citizen can file a complaint in many ways. It can be through RVA 311, an email, phone call or a letter. I may also get word through a council member,” said Richmond Commissioner of Buildings Jason Carangelo.

As the death toll from the Florida building collapse continues to rise, with 79 people dead and 61 still unaccounted for as of Friday evening, communities around the country are considering building safety more deeply.

In Richmond, there are approximately 80 high-rise buildings towering more than 100 feet, about half of which are more than 50 years old, according to Emporis, an organization that collects data on significant and large buildings in cities across the world. At 29 stories and 449 feet, the James Monroe Building at 101 N. 14th St. is the tallest; built in 1913, the 19-story, 262-feet BB&T Bank Building at 825 E. Main St. is the oldest high-rise in Richmond.

Stoney said he would be open to discussions about improving building safety here after another Virginia mayor last week called on his counterparts throughout the state to work together.

In a news release last week, Alexandria Mayor Justin Wilson said the Champlain Towers South tragedy in Miami-Dade County last month was rare, but that officials in Virginia should now delve into building safety codes to see if they can be enhanced.

“The tragedy in Surfside has prompted legitimate questions about how we as a Commonwealth keep residents safe,” Wilson said in a tweet. “We look forward to working with Richmond on this issue.”

“I think he makes a great point,” Stoney said. “I think that’s something we should explore as a commonwealth because the tragedy that occurred in Surfside is something we don’t want to see replicated anywhere in the country, but particularly here in Virginia.”

Unlike Richmond, some cities around the country conduct routine building inspections, said Jeff Roth, an author and former New York City official who worked with its fire department and other agencies on emergency management strategies.

He said New York City previously conducted inspections on some buildings every few years, but several years ago adopted a risk-analysis model to prioritize the reviews. He said other localities could adopt similar models based on a number of factors, including the age and condition of the building as well as history of building code violations.

“For a long time municipalities have been reactive, but there are others out there that are being more proactive, trying to understand the drivers of risk and go look at those things,” he said.

Carangelo, the city’s building commissioner, last week said the city does not have an ordinance or other regulations that require annual or regular safety inspections. He said state law mandates that building owners must maintain their structures to protect public health, safety and welfare, but that the city investigates issues only when they are brought to their attention.

“When the city is made aware of an unsafe building or structure we will conduct an inspection and determine the proper course of action to mitigate the problem. This includes partnering with our colleagues in other city departments if and when necessary,” he said. “The final solution to any given situation may involve requiring the property owner to engage professional engineers, architects and contractors to generate observations, reports and to obtain permits or inspections for the new work.”

Carangelo said that’s the case for most localities in Virginia, but Les Jeter, a structural engineer with the firm Draper Aden Associates, which operates throughout the Mid-Atlantic with offices in Virginia and North Carolina, said some localities have rules that require the owners of certain types of buildings to maintain inspections or reviews periodically.

“That’s where it’s kind of a mix,” Jeter said. “Typically [an inspection] is only triggered when there’s an issue and if an owner or someone else calls for additional work to be done for review.”

Unlike the Virginia Department of Transportation, which maintains a list of bridges in order to organize routine inspections and a maintenance schedule, he said there is nothing like that for buildings throughout the state.

Jeter said he thinks the likelihood of a tragedy like the one in the Miami area is unlikely to occur in Virginia, as large building owners are generally proactive about having engineers inspect potential damage that could lead to a catastrophe.

“Risk far outweighs non-movement,” he said. “As someone who does this for a living, I have never felt uneasy throughout the state of Virginia going into structures.”

Still, the Richmond Times-Dispatch has noted signs of deteriorating buildings downtown in recent years. In 2019, bricks from the wall of a building on Sixth Street between Franklin and Main streets fell from five stories above the street. And in 2018, a two-story building at the intersection of North First and East Duval streets partially collapsed.

Roth, the former New York City official, said that regularly scheduled inspections and following up on reports from the public and government officials are good practices, but that localities should consider more proactive and data-driven approaches to regularly inspect buildings at higher risk of collapse.

In Florida, emergency workers gave up Wednesday on any hope of finding survivors in the collapsed condo building, telling sobbing families that there was “no chance of life” in the rubble as crews shifted their efforts to recovering more remains.

Authorities are launching a grand jury investigation into the collapse and at least six lawsuits have been filed by Champlain Towers South families. Media reports have noted that engineers knew the building was in poor condition and needed repairs.

Roth said that fact highlights the need for more government oversight so that officials can plainly say how urgently repairs are needed and determine whether a building is still safe to occupy.

“I think that’s where a municipal government can step in and help understand if they have the data,” he said.

People can submit concerns to the city through RVA311.com, by calling (804) 646-6398 or emailing permitsandinspections@richmond.gov.

Residents of West Grace at odds with city’s plans for adjacent tall buildings on Broad St.

Residents of West Grace at odds with city’s plans for adjacent tall buildings on Broad St. 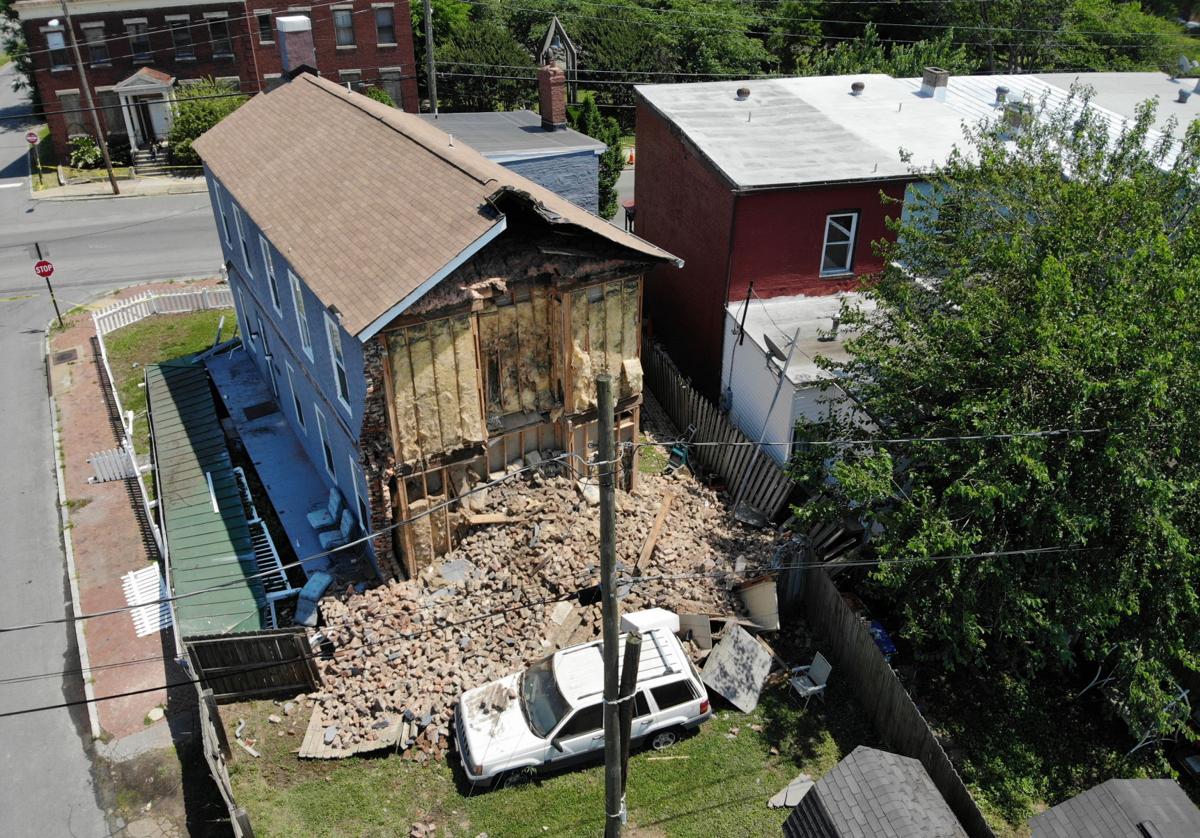 The rear wall of a house at the intersection of First and Duval streets in Jackson Ward collapsed in May 2018. The streets around the home were closed throughout the day out of concern the remainder of the home would collapse. The city does not have an ordinance or other regulations that require annual or regular safety inspections.

Richmond’s police and fire departments responded to a partial wall collapse at a work site on Sixth Street between Franklin and Main streets in 2019. 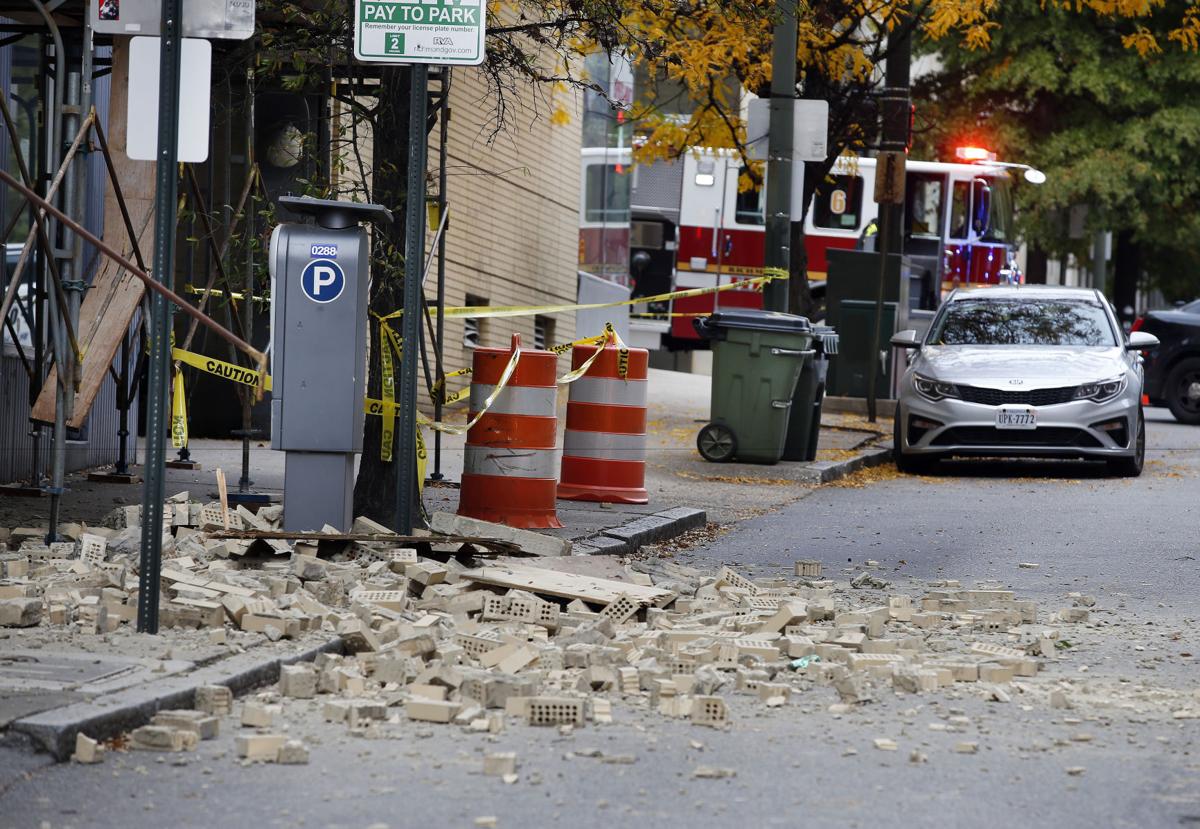