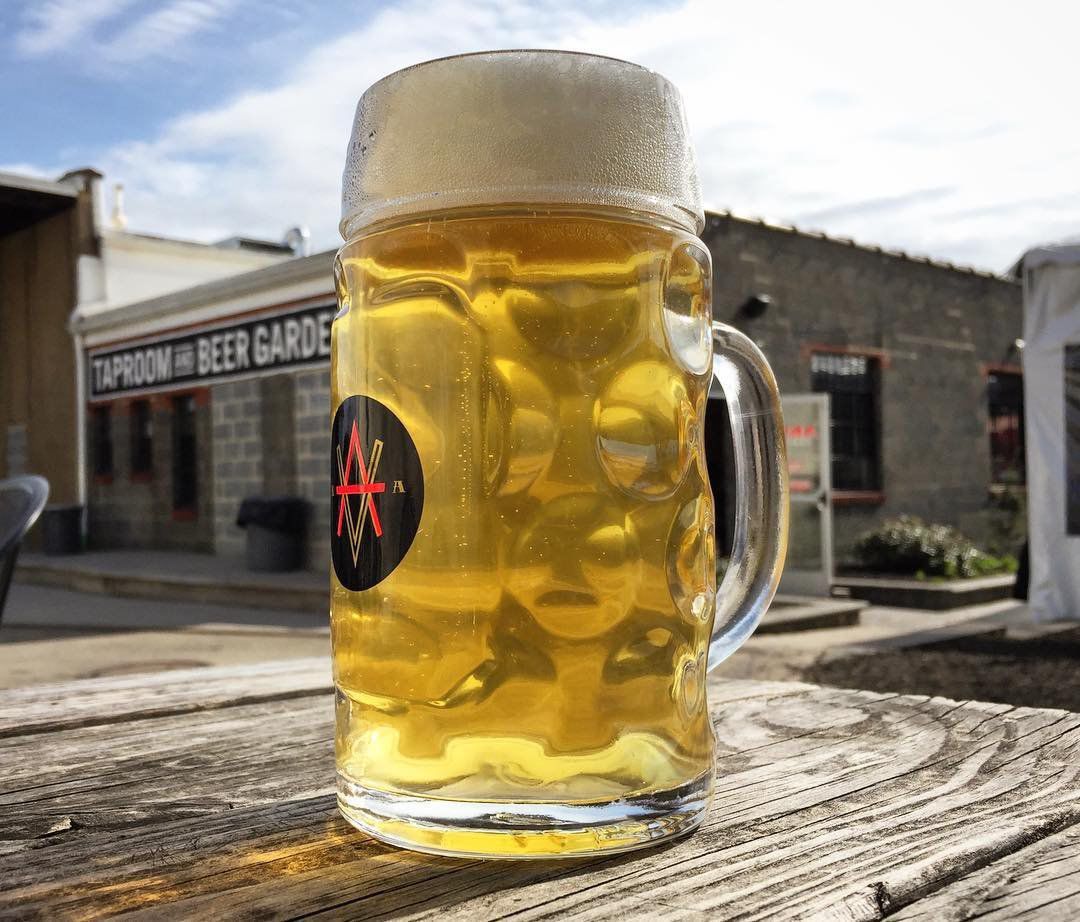 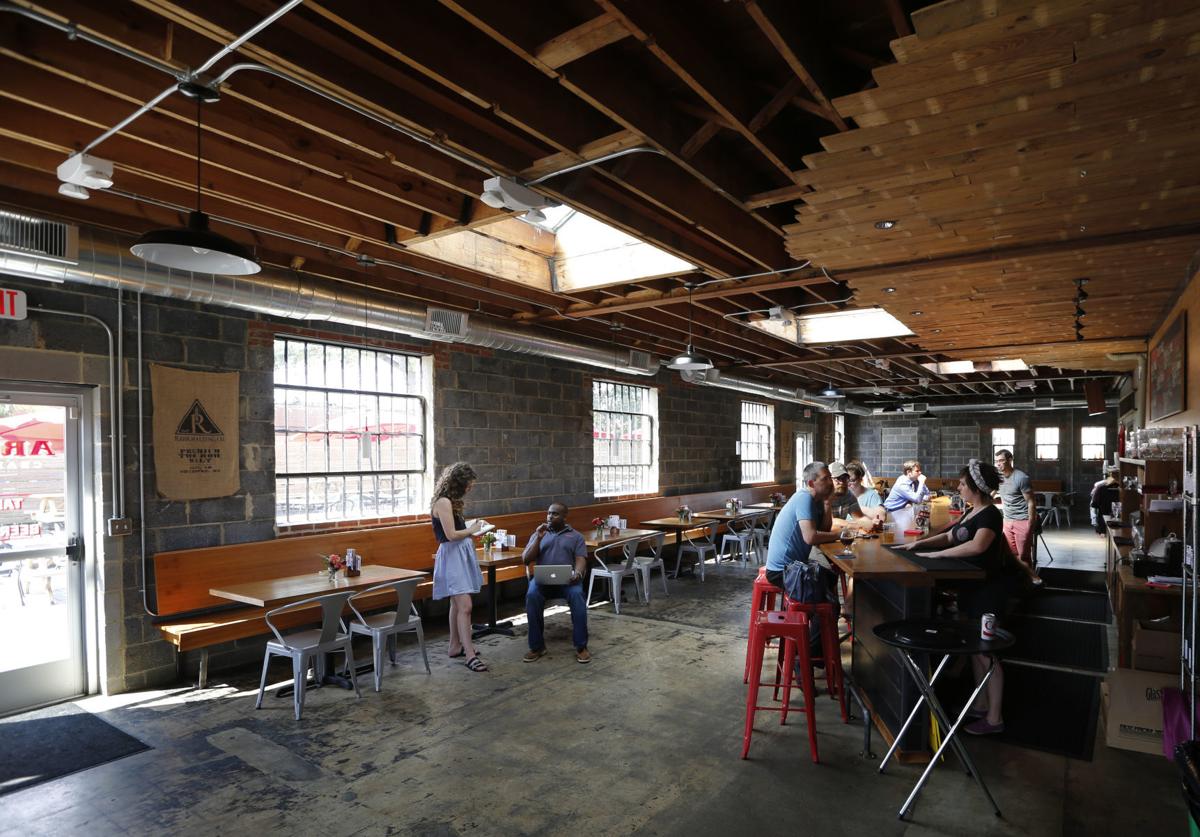 “The neighborhood has changed a great deal,” said Tom Sullivan, Ardent Craft Ale’s co-owner and director of operations. “It is cool to see people on the street.” Taproom at Ardent Craft Ales in Richmond’s Scott’s Addition area. 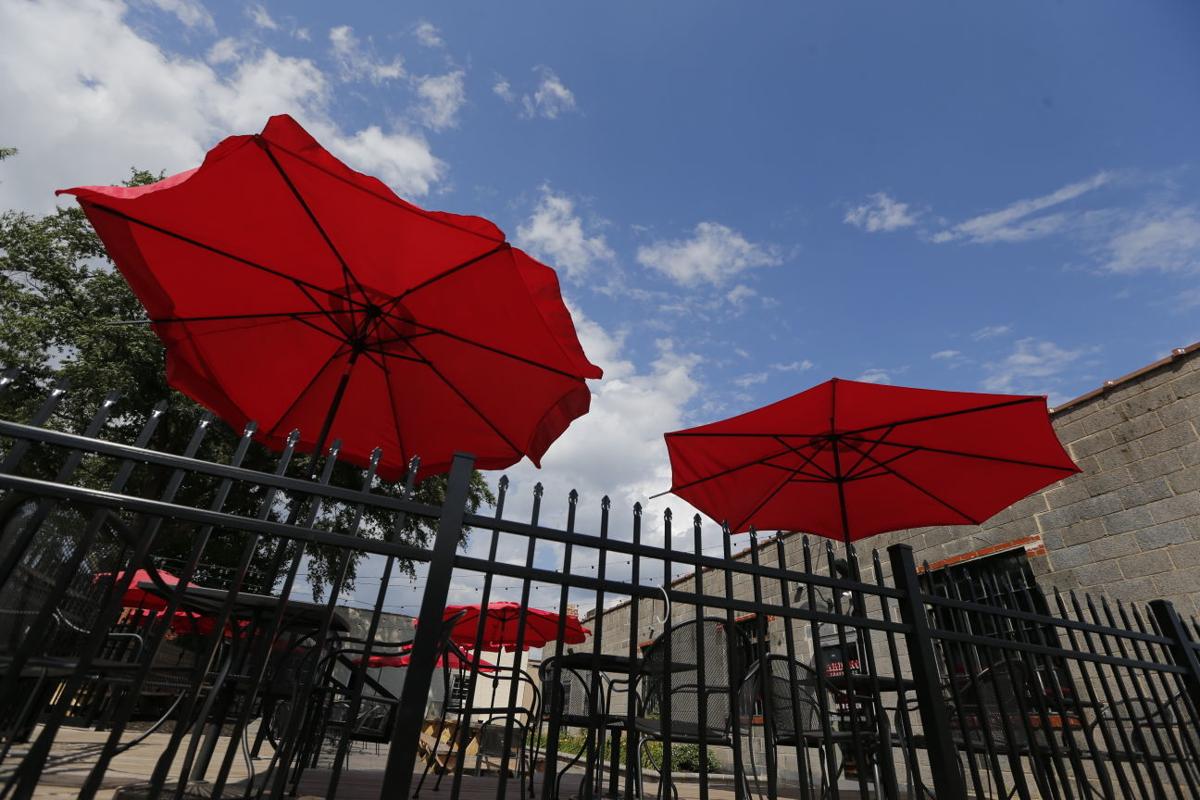 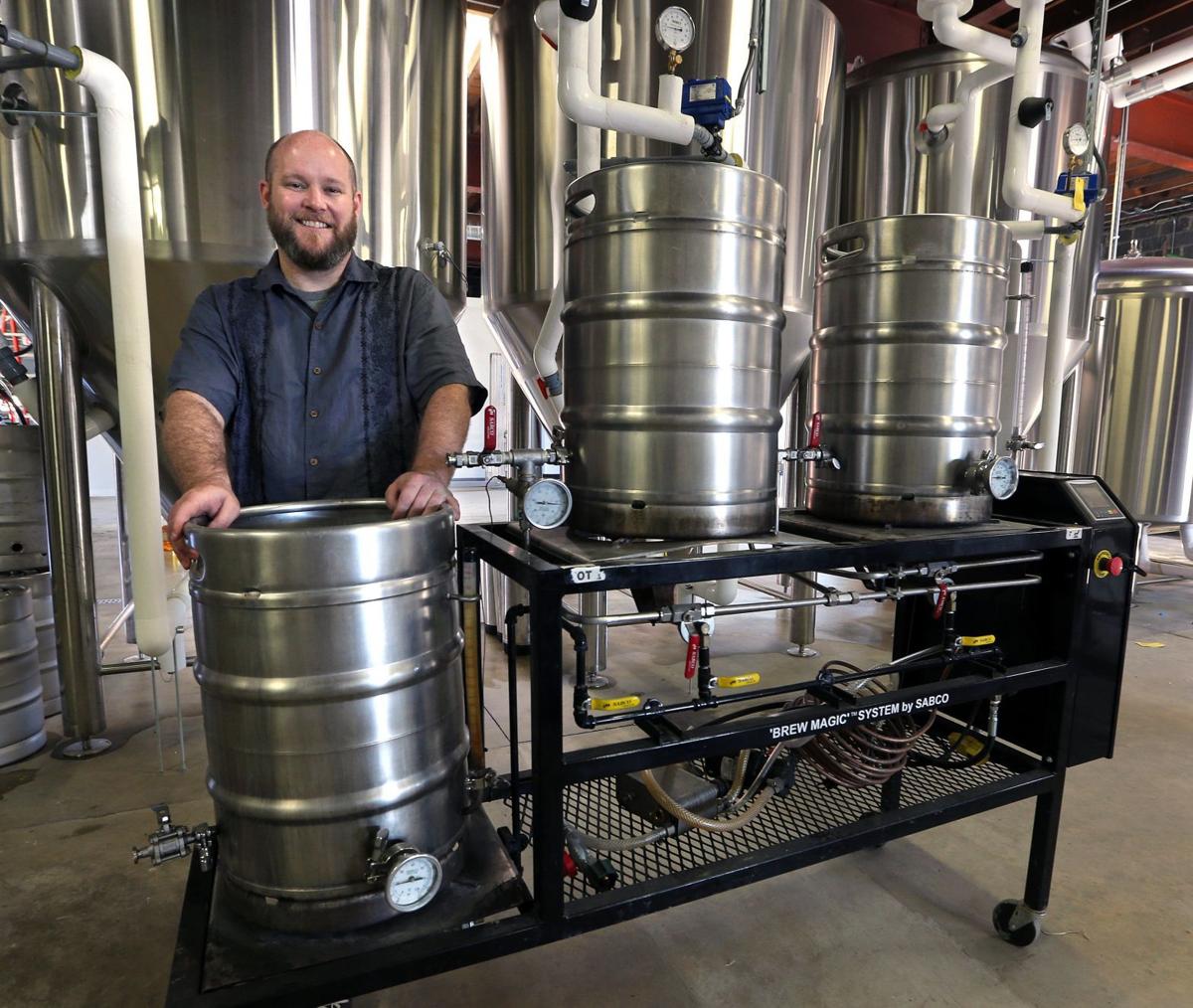 Tom Sullivan shows the 1/2-barrel pilot system that he and his friends used when starting to learn how to brew beer in a garage. (May 13, 2014).

Before he launched Ardent Craft Ales in Scott’s Addition, Tom Sullivan knew the neighborhood as a place to find studio space on the cheap for his post-punk band to practice.

“You could make a mess, make noise and no one would give you a hard time,” said Sullivan, a burly, ginger-haired 44-year-old whose rocker days look far behind him.

In 2012, after he stopped playing in bands and started brewing beer, Sullivan and his business partners eyed Scott’s Addition as a home for their fledgling craft beer company.

At the time, the neighborhood was still something of an industrial back-end of Richmond, home to warehouses and service companies like dry cleaners, plumbers and electricians.

Isley Brewing Co. had recently opened a nanobrewery there. And Reservoir Distillery made whiskey in the neighborhood. But otherwise, it was pretty much a blank slate.

The Ardent team fell in love with an old moving and storage transfer station on Leigh Street.

It was the right size, at 10,000 square feet. It had the right zoning. And it had some art deco touches to the front of the building, with glass and stucco.

It became the home for their brewery, taproom and beer garden.

“When we came to the neighborhood, it was in the process of changing over,” Sullivan said.

Many businesses were closing up or moving to the counties to upgraded facilities. “Honestly, I think it was one of the best-kept secrets in Richmond. ... It was like the last little corner of the city that hadn’t been developed yet,” he said.

“It was not uncommon in the first year or two that we opened for our taproom to be full of people unrolling plans, talking about ideas. We became the developer’s happy hour bar.”

The neighborhood has exploded with more than a dozen new restaurants, cafés, upscale markets and “eatertainment” options, such as Tang & Biscuit Shuffleboard Social Club and The Circuit Arcade Bar.

Scott’s Addition has become one of the hottest real estate markets in the city, with more than $400 million invested in apartment complexes, condos and lofts.

Coming this year: a 25,000-square-foot food hall called The Belleville, the first of its kind in Richmond.

“We went from being in the middle of an abandoned block to having over 100 apartments next door,” Sullivan said. “Now, people walk their dogs by the brewery day and night.”

Colleen Curran covers arts and entertain-ment for the Richmond Times-Dispatch. She does not live in Scott’s Addition, although she loves to visit the bars, breweries and restaurants as often as she can, which is almost never, since she also has two children.

Richmond neighborhoods: Hull Street in Manchester may have future that hearkens to its past

At the corner of West 12th and Hull streets, a new restaurant coated in fresh, mint green paint is a neighbor to a vacant property whose grey …

Richmond neighborhoods: With Creighton Court set to be demolished, residents wonder what's next

For six years, Darlene Roseman didn’t have heat in her concrete-block-walled unit in Creighton Court. She’d use a single space heater to keep …

Architect Greg Holzgrefe said he grew up walking to school, church and Carytown from his childhood home on Hanover Street in the Museum Distri…

Richmond neighborhoods: Development along Brookland Park Boulevard in the city's North Side has been fitful

The dry-cleaning rack inside the pale green building at 221 Brookland Park Blvd. in Richmond’s North Side used to hang the shirts, pants and d…

Richmond neighborhoods: In Jackson Ward, memories of the past live amid new growth

Inside his small convenience store at East Marshall and North First streets, Lee Bassett notes that his business sits on the last strip of Jac…

Shields Lake, at the time a whites-only public pool in Byrd Park, was closed to swimmers in 1955 — a harbinger of changes to come.

Oregon Hill’s patchwork of single-family and attached homes has “always given the neighborhood a sort of gap-toothed, devil-may-care grin,” ac…

When Mayeny Velasquez, 8, walks into Broad Rock Library at 4:15 p.m., she means business.

Richmond neighborhoods: Shockoe Bottom's Main Street Station has weathered the changes of the past decades

Rick Winston sat with a crossword puzzle and a copy of the Richmond Free Press, enjoying a quiet lunch break in the lofty, Victorian-style Hea…

From his vantage point inside his restaurant, John O’Toole has seen decades of change in the Forest Hill neighborhood. He was 4 in 1966, when …

Helen Holmes took her three kids to a Chinese restaurant in their neighborhood every Friday for dinner. The place off Government Road had amaz…

You’re never far from a traffic circle in Church Hill. Many of them are still filled with the “WE BUY HOUSES” signs that acted as harbingers f…

Richmond neighborhoods: Libbie and Grove has village feel amid redevelopment in Westhampton

Off the four corners of the intersection of Libbie and Grove avenues in Richmond, you can go to the bank, shop or get gas. Restaurants and an …

“The neighborhood has changed a great deal,” said Tom Sullivan, Ardent Craft Ale’s co-owner and director of operations. “It is cool to see people on the street.” Taproom at Ardent Craft Ales in Richmond’s Scott’s Addition area.

Tom Sullivan shows the 1/2-barrel pilot system that he and his friends used when starting to learn how to brew beer in a garage. (May 13, 2014).